The Genl’s letter to you has fulfilled all my anticipation. If In case he should ask your advice and state to you as he has to others that Tazewell stands in his way you may sir ^your course^ may be considered Less difficult by being assured of as I now assure you that he will decline a dept Should it be offered I am not permitted to state <now> to you the grounds I have for giving this assurance but I do it with absolute certainty. With great but not as assured confidence I say that <H> I believe Ingham is now thought of for the Treasury than any other person Mr <D> Del. is extremely anxious & figity He would after Cheves be the Choice of the Whole South. Tazewell Rives, Hamilton Drayton ^& elsewhere^ While Dickerson Kane, & I could advise the General to ask the opinions of those men & to be governed by it making his Choice Independently of this we have willing men <and> interesting. 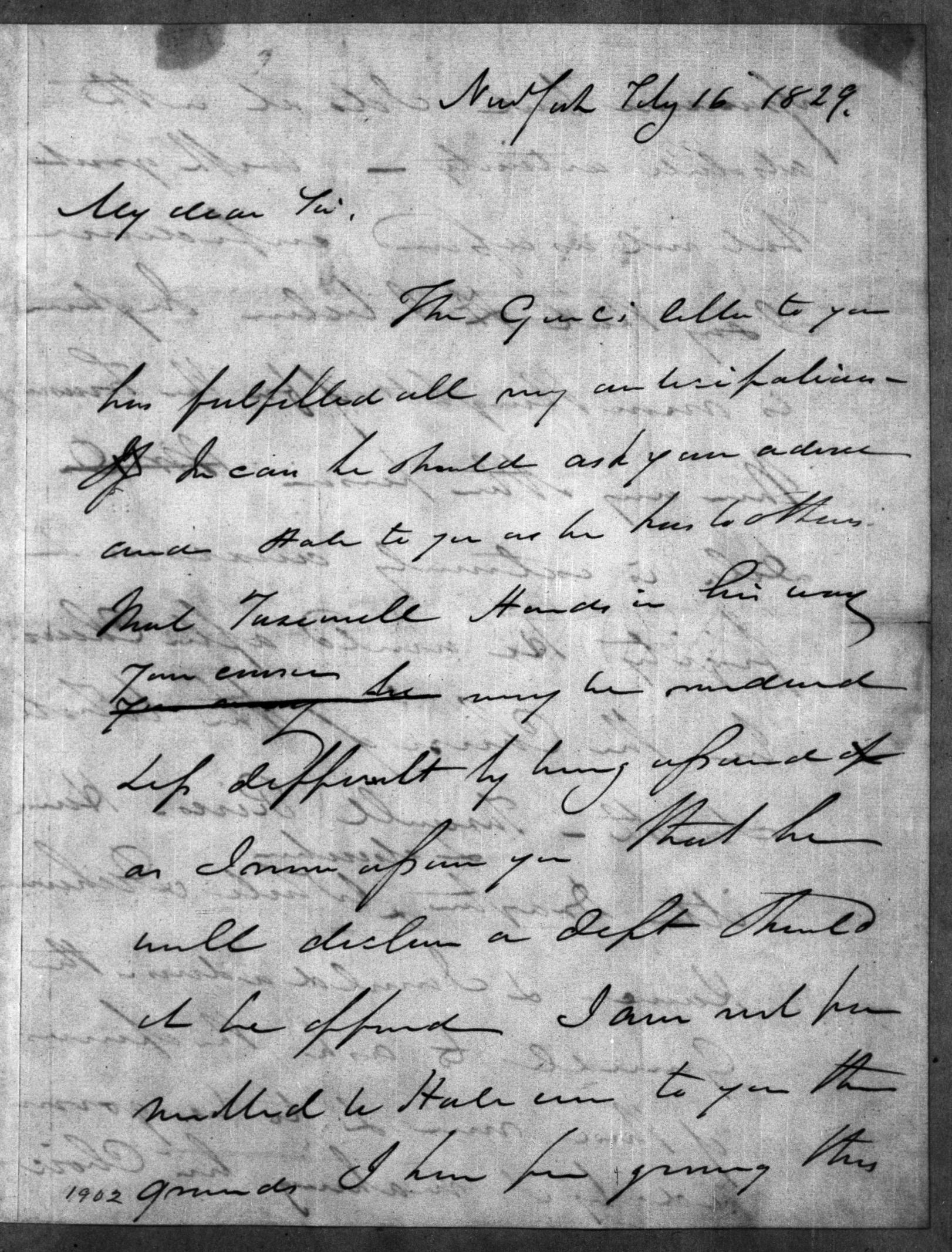 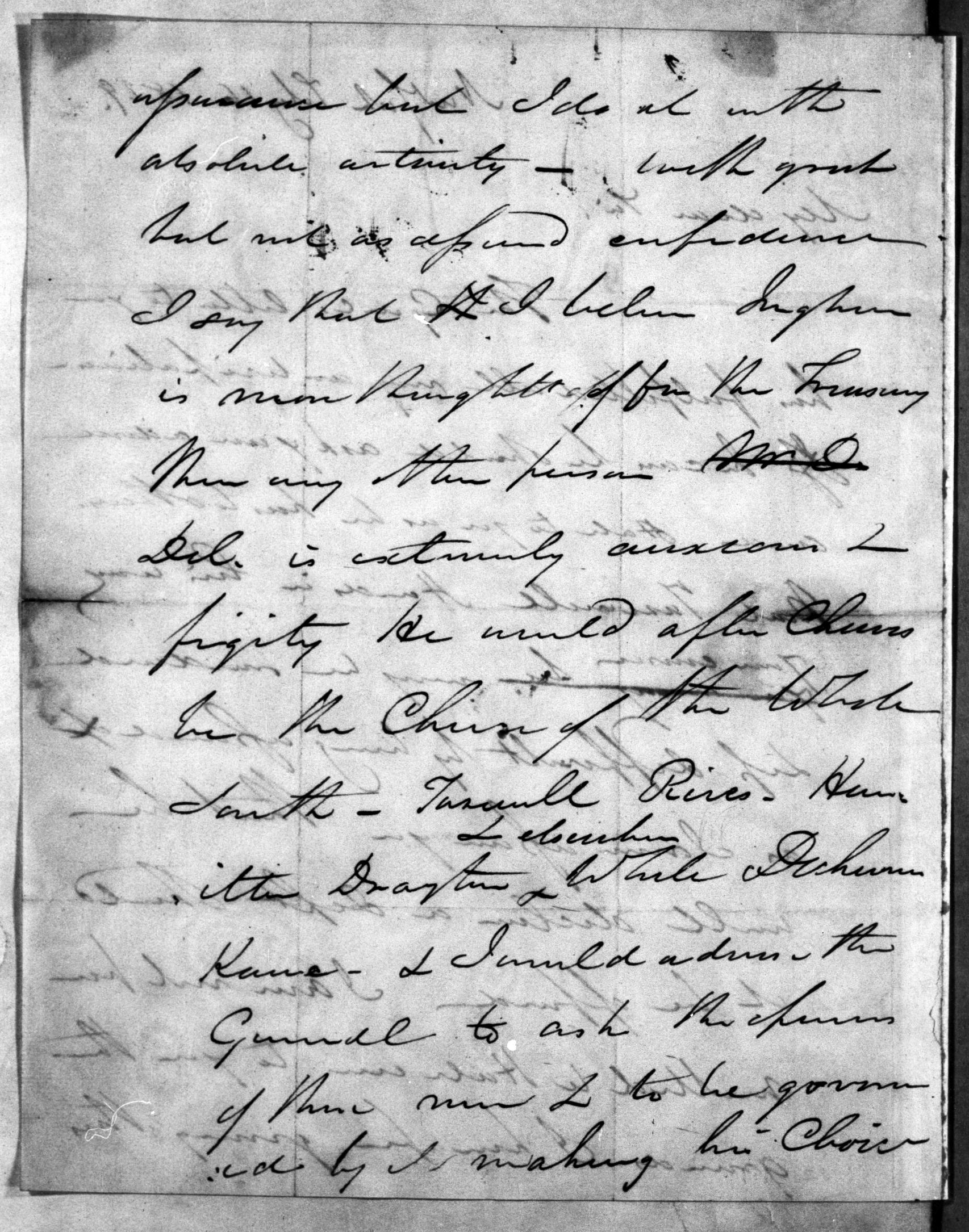