I received your letter by the hand of Mr. Dudley, for which he pleased to accept my thanks. It required but a short acquaintance to give me a knowledge of his character and to impress me strongly of his merits. He arrived while we were in the midst of a party debate & some uneasiness was expressed lest, he should be brought to a vote before he could well understand our views. I assured our friends, that a friend & pupil of yours direct from Albany, could not properly want instruction, & so indeed it proved, as he already understood the whole merits of the question and took his ground, as if from instinct the very moment he entered the senate Chamber. We have had another Panama mission affair closed down for weeks. Report says that the Senate is engaged in determining whether a Jackson Senate ought to do for the younger Adams what the councellors of the older Adams did for him, notify all his midnight appointments, & fill all the offices of the country, with the creatures of an administration, just going out of power. All agree that the offices ought to be filled which, the public interest requires. But I opine that all the others will be left open to be filled by the Man of the people, under whom their duties are to be performed. In the midst of these struggles Webster is like a fish out of water, or rather like the <illegible> beaten leader of a routed band, trying his best to affect a retreat, and yet compelled to turn around and make fight, when he would much rather ground his arms, and surrender at discretion.

Gen. Jackson is here not quite so well surrounded as we could wish. I do not know what influence certain men will have with him. I hope none. We I mean the Southern, or rather the South Carolina men, will act a dignified & I think I may add a disinterested part. Having fought the battle, & done our best for the victory, we shall neither boast of our services, intrude our advice, nor claim any of the honors or rewards. For the sake of the interests of the South, we should be glad to see Mr. Cheves in the Treasury, beyond this we have not a wish that cant be considered in any degree selfish. Whether our opinions will be asked in relation to the Cabinet arrangements I hear not. If I am invited to expressing wishes I shall recommend the following "good men and true" for the various offices which must now be filled in a few weeks:

Atty Genl, Mister to England and Minister to France ^ & Judge of the Supreme Court^ some of the following Gentlemen: Tazewell, Livingston, Judge White, Barry, Woodbury, &c &c &c. But enough of this.

Mrs. Haynes has some doubts if she can venture to act as <our> Plenipotentiary in the important matter confided to her. But as Miss Cora will be here in a few days she may perhaps open a negociation & she gives you fair notice that one of the articles of the treaty will be that the contracting parties shall meet in Washington on the 4th. of March next, for the purpose of uniting their efforts, to lead the councils, and the fashions of our young Republic. Mrs. H. desires to be kindly remembered.

Believe me to be very sincerely yours. 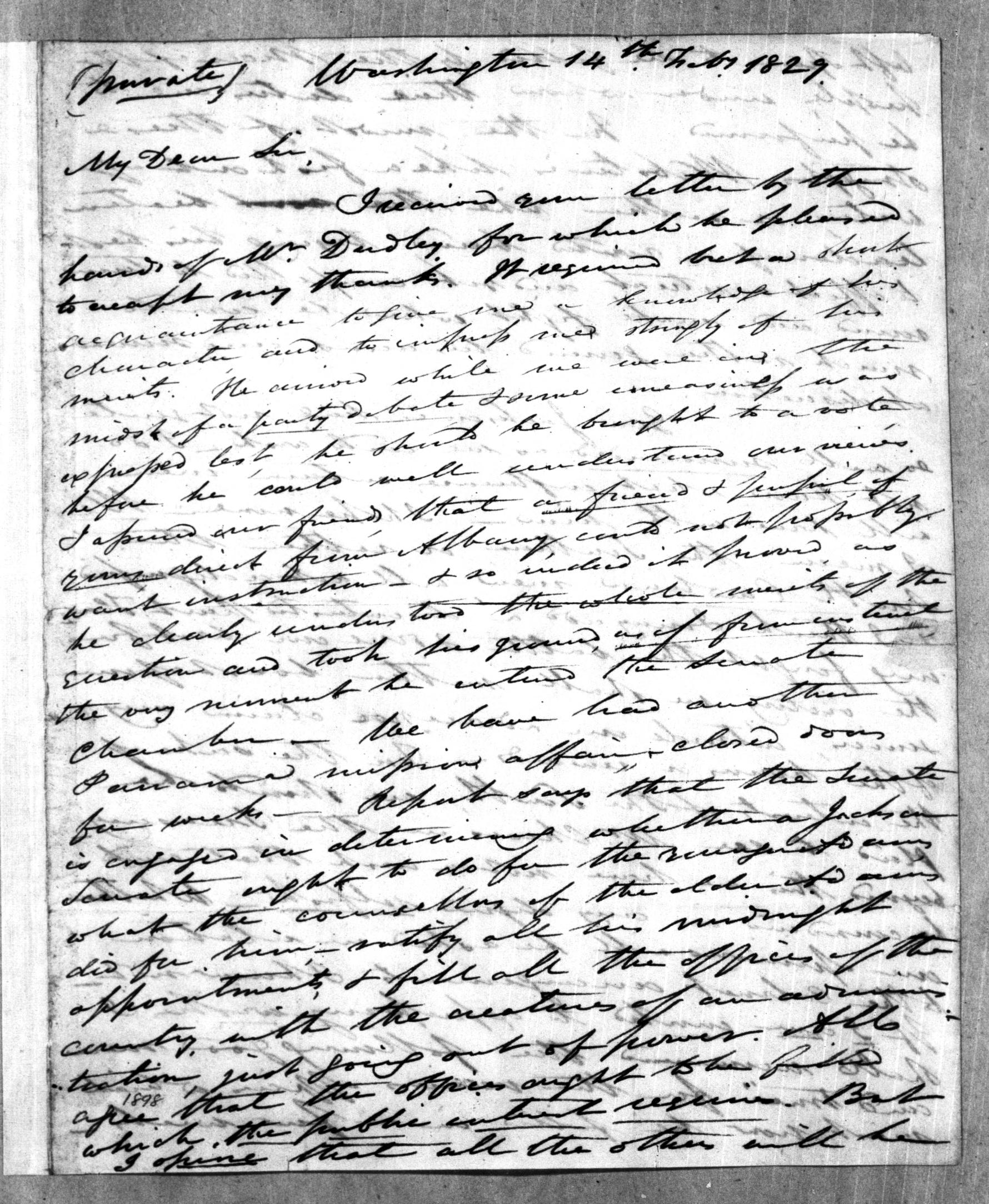 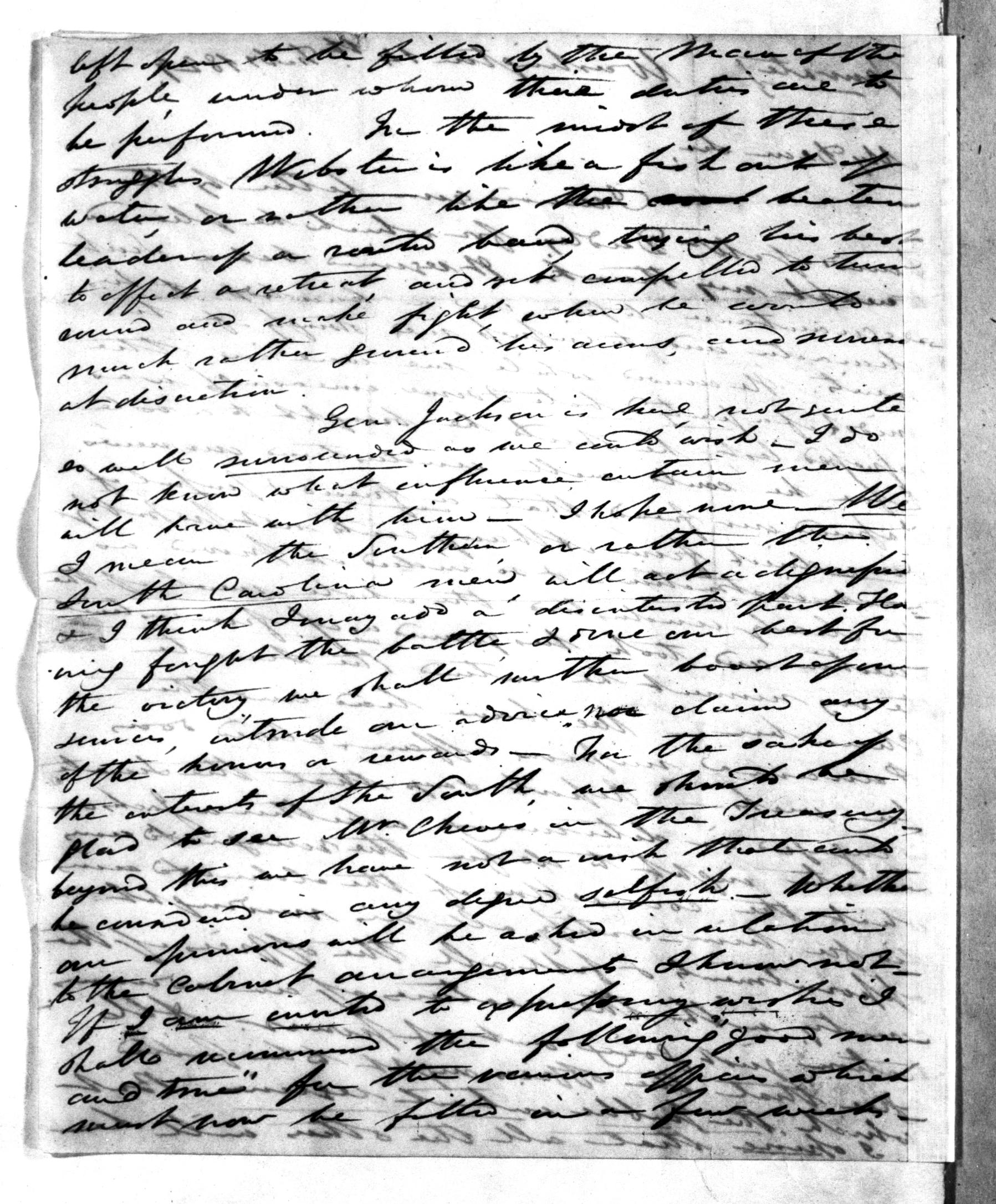 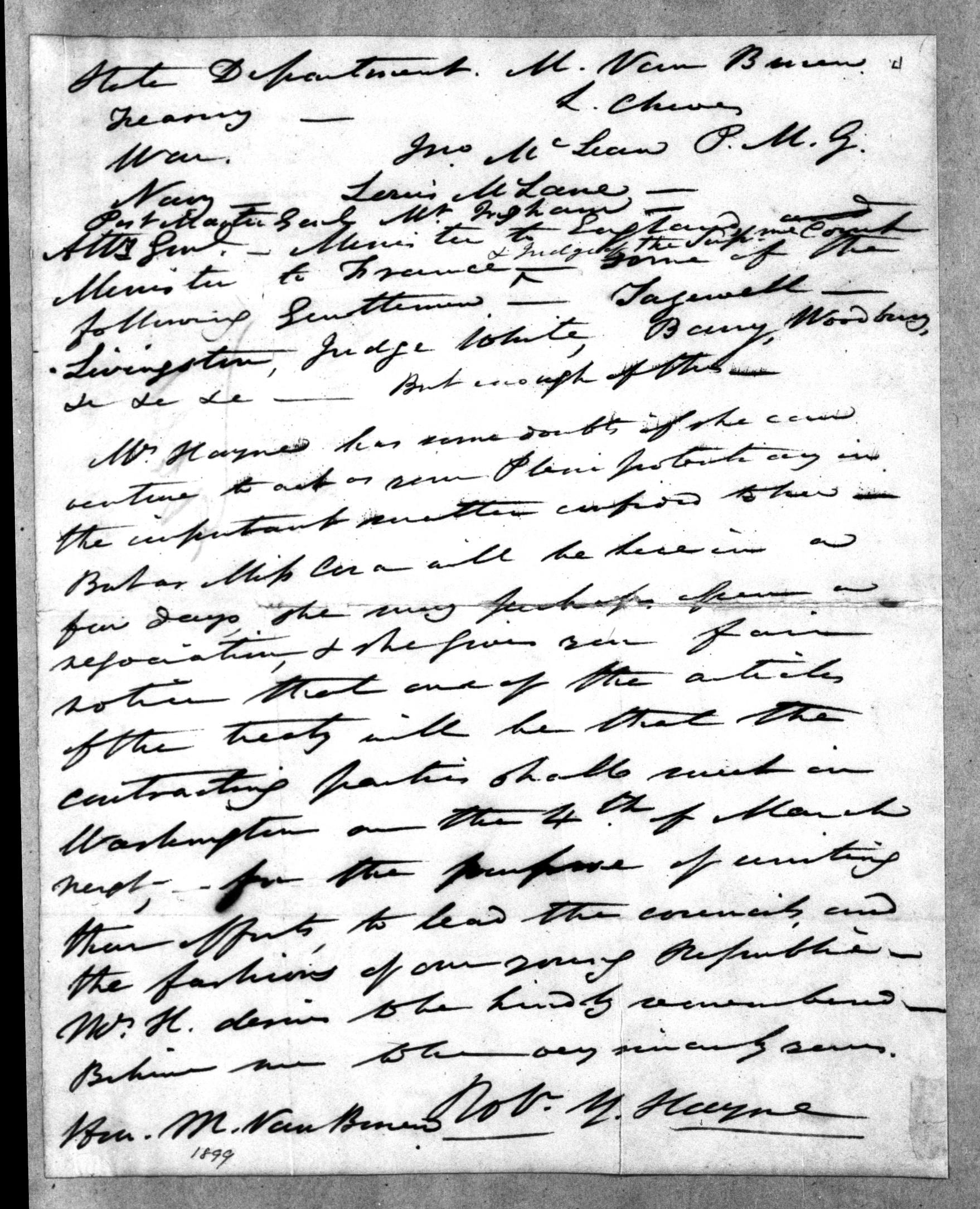 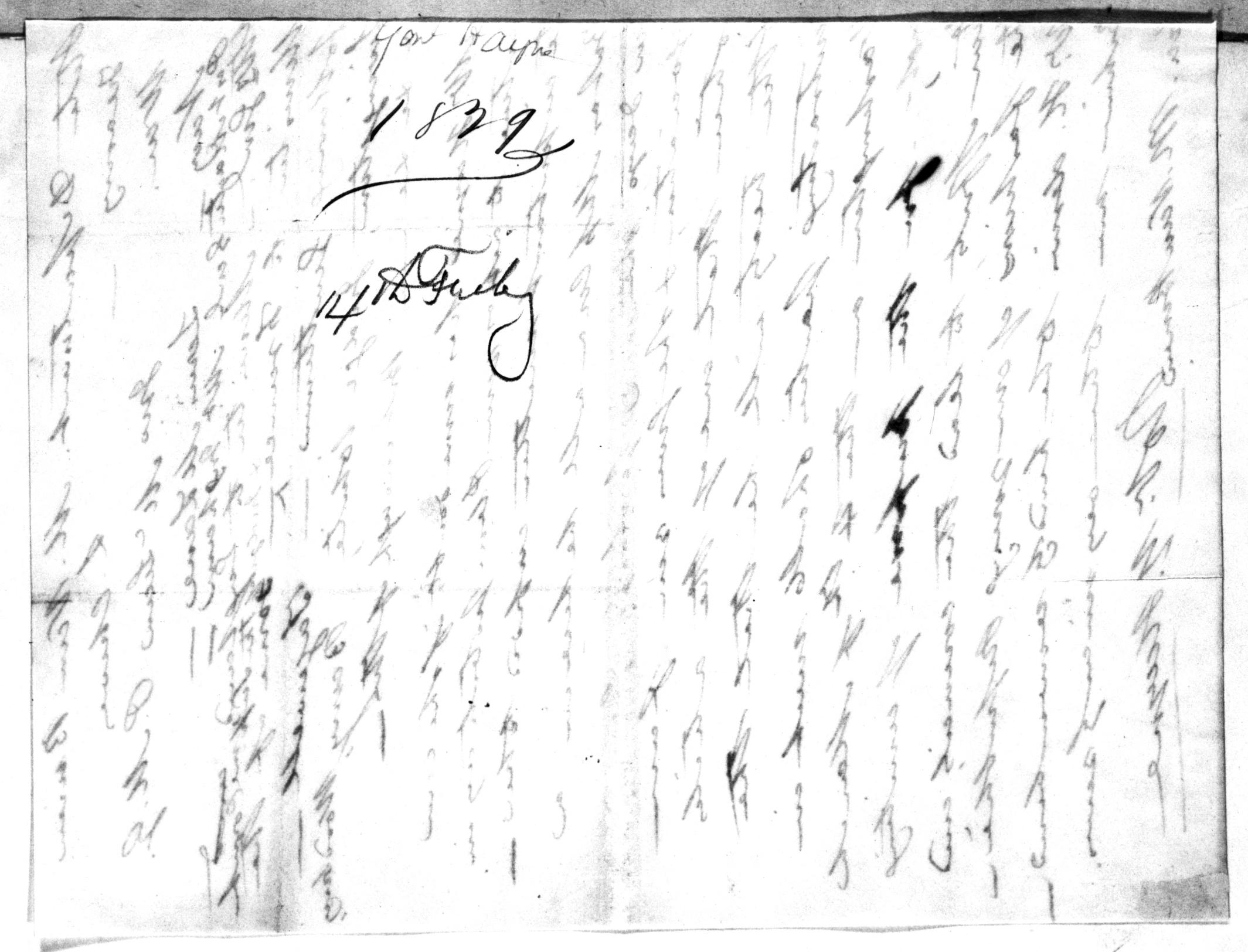