After I had written to you yesterday I received a message from Lewis requesting to see me I went over & he in one of the Genls rooms talked much at large with me on the subject of the Cabinet He asked my opinion as to different individuals <illegible> which was as I well know he believed asking your opinion in effect altho not refer in form. I answered his inquires without reserve but did not in any manner authorize the opinion that you had conferred with me ^This reserve^ & so I have informally observed. He requested me before <illegible> we parted to write to you to say that ^the^ Genl I would probably write a letter to you in day or two offering the place and that I should request you to be prepared to make your arrangements to come here as soon as possible after the appt. I supposed this resulted from a computation that had been before made ^by me during the former part of the day^ as to the time it would req that must elapse before you receive intelligence of your appt & get to Albany ^Washington.^ I did not write because I had before done so to you.

To day <S.> called <Wm> White whom he & I <illegible> just <also> <begining> the discussion of the cabinet & The Genl in my presence requested W. to eat a family dinner with him & to ride out with him this afternoon ^to^ which in he assented. I have no doubt that it during that ride the whole matter will be discussed & much decided upon. I believe I may say with confidence that Cheves will be is not now considered but that Ingham is for the Treasury He however too hastily estimates his own powers & will decline that place It will W. be well <illegible> ^he^ should do so & take the war or Navy because in that <Genl.> McLane ^Dela^ would be in the T. & Ohio would remain where he is. Should Ingham decline every department Ohio would be taken into the Cabinet & <W.> probably into the Treasury which would give Calhoun a tremendous influence not only with the West but with the Commercial section of the Country & then Ingham would be P M G & thus that small <illegible> would be also used for his benefit.

The opinion is entertained that you ought not to accept unless you know how the Cabt. is to be formed I think differently The reasoning which applies to the Case of a new Party coming into ^the ministry can^ does not be used here. This is a choice among friends & members of the same party by its chief.

I have had a very satisfactory conversation with Mc Lane & Hamilton the latter is a man without an equal in great parts of worth.

Tazewell & Baldwin are not considered as I believe 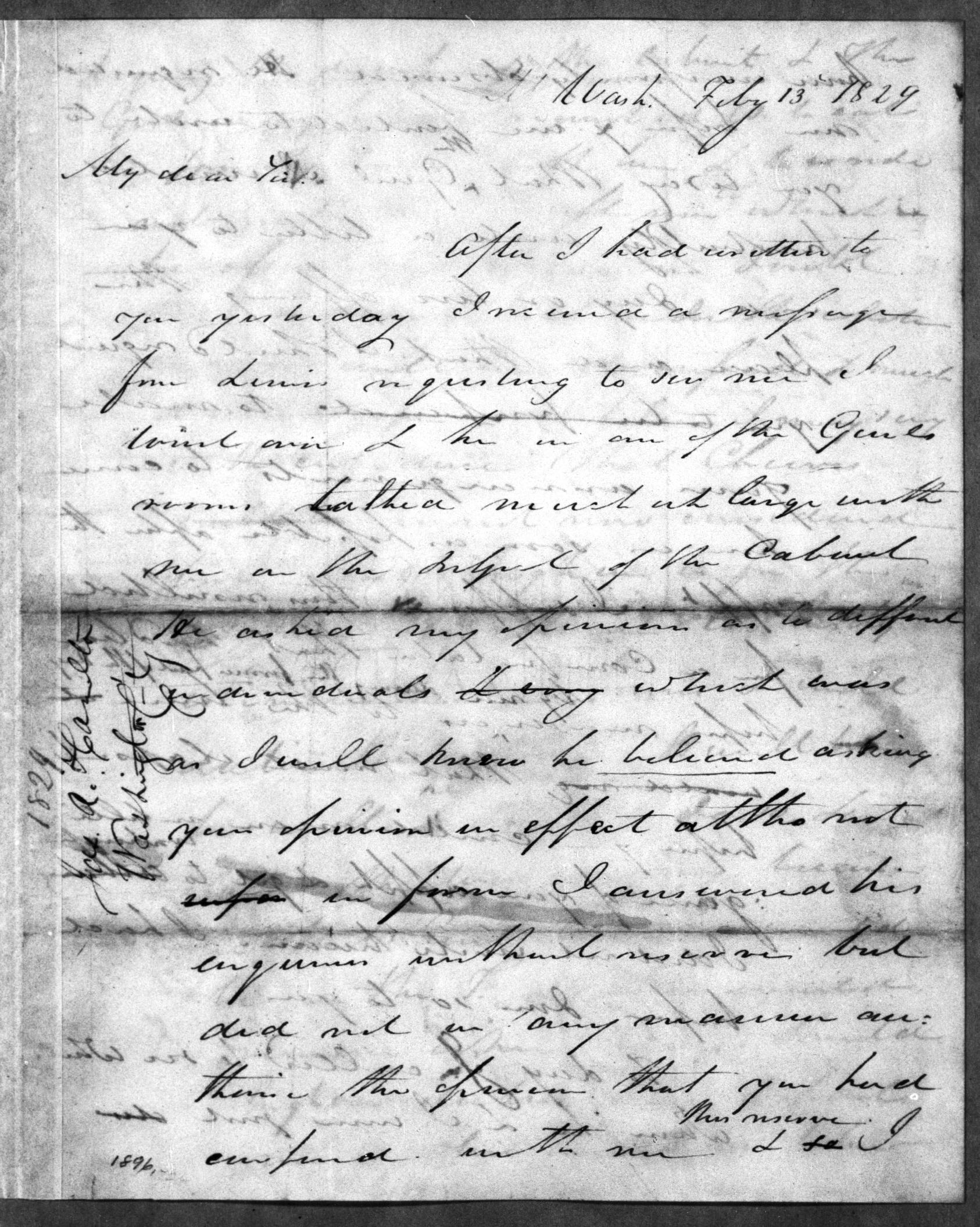 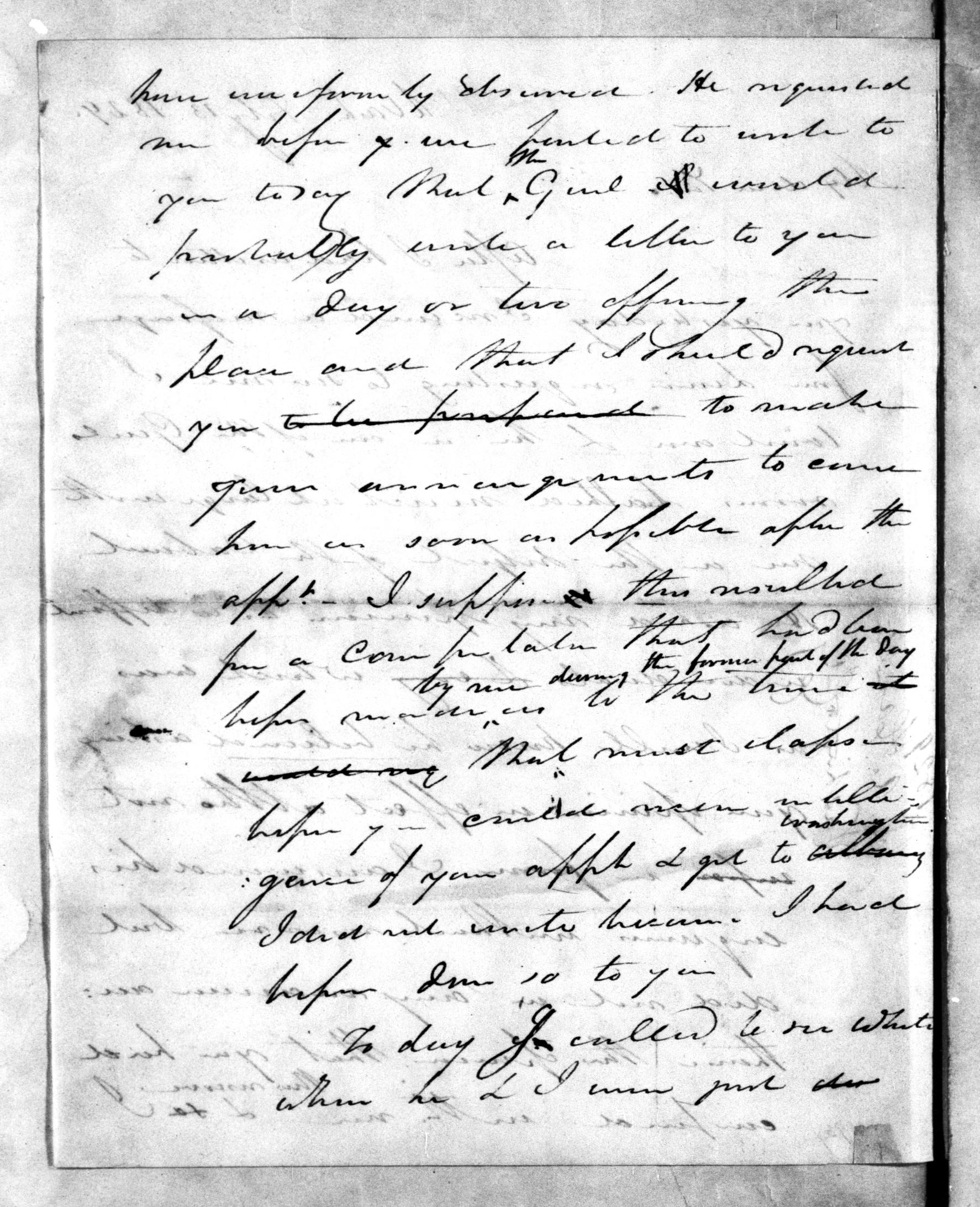 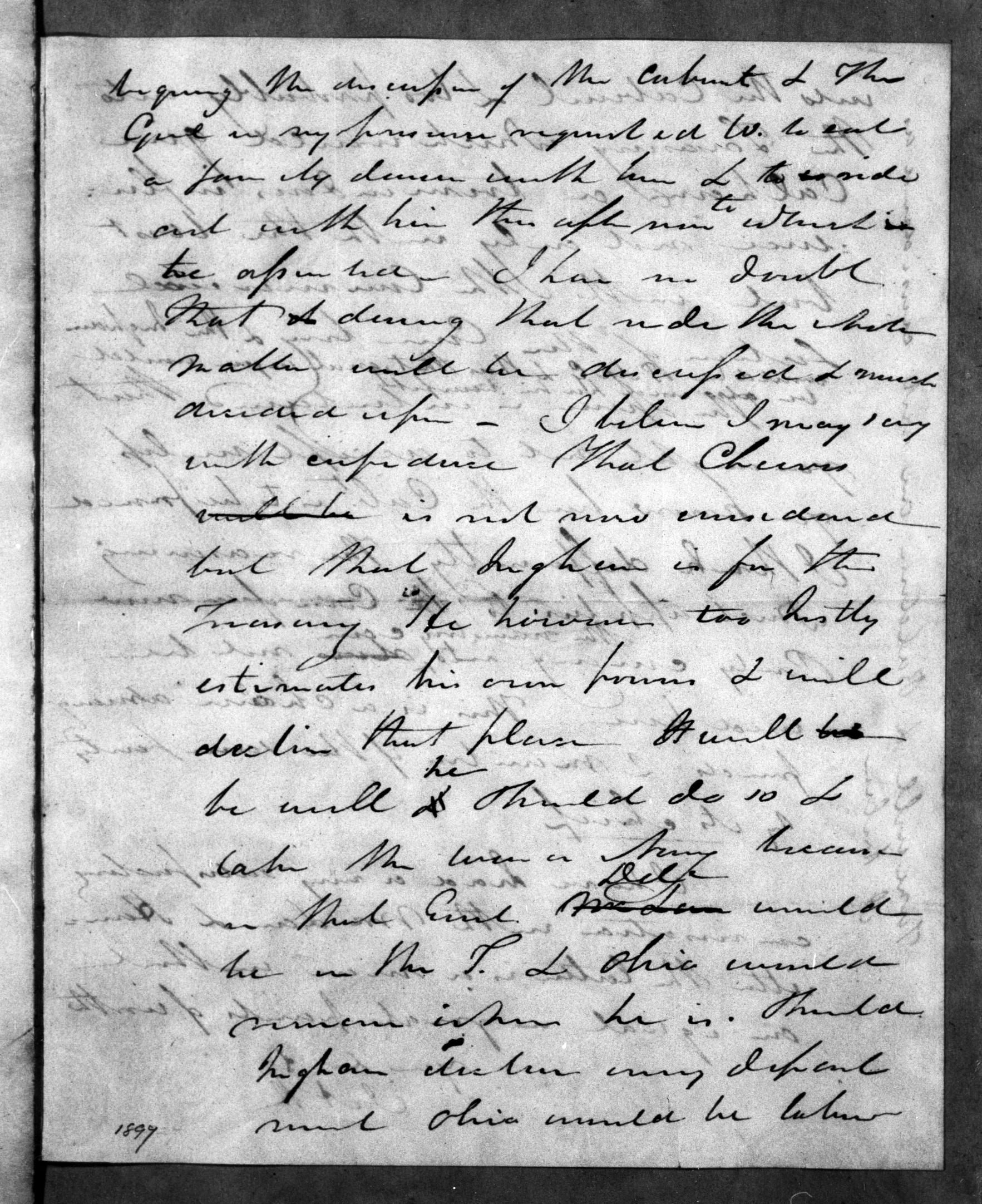 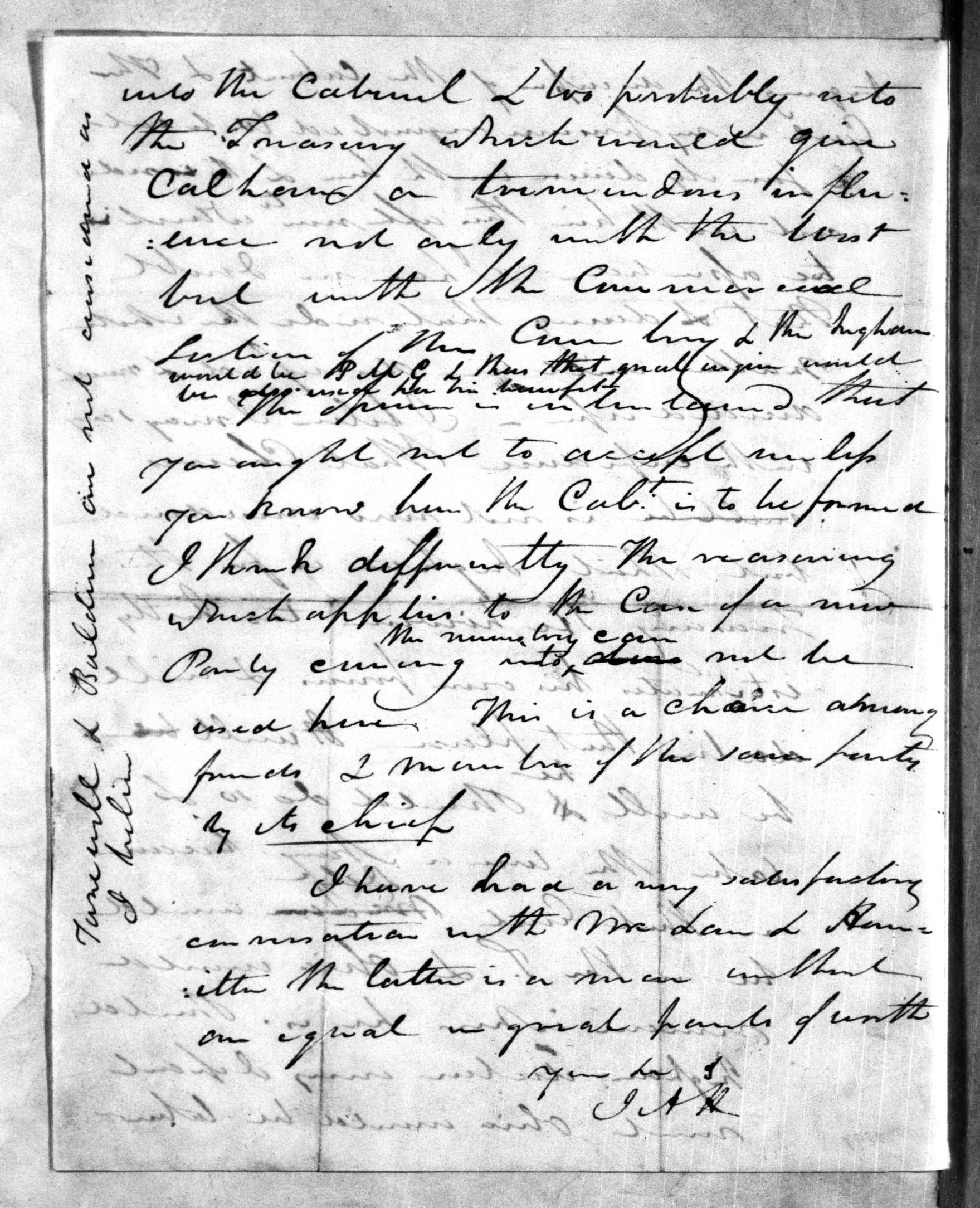