The enclosed letter <illegible> followed me & I received it at Philia The Major is right & wrong, and always right in <illegible> a part of his letter made my heart leap within me. Kane of the Senate says Tazewell will not take a Dept. but wishes it to be offered. K is right on all parts. White received me in the most affectionate manner and said your answer was just what it should have been & what he expected He condemns Lewis in unmeasured terms & seems to regard the occurrance as one that if Known would inflict a deep wound upon the Genl. He speaks of him with abhorrence and says he must be shaken off.

Your friends here seem to think it necessary to explain the election of Duff Green as an evil which might be interpreted as evidence of weakness on them & strength on the part of Cal. I reply that it is all right It is the <act> of Mr Jacksons Party. Noah is here which surprises me as I did not hear of his intention to leave the City.

Thus far I wrote this morning. At about Three ^3^ O clock the Genl sent Lewis over to me to desire me to eat a family dinner with him we were alone & he told me <illegible> that he had recd a Letter from Ohio in which the writer <pointed> out a Cabinet to him he then said if he could do so he would save me much trouble & we conversed on the subject I am not at liberty even to you my dear friend to say what passed he will further than to say that he will write to you in a day or two to offer you the place of Secty of State I was asked before by Lewis whether you would take it or not to which I replyed that I presumed you would further <illegible> (I hope it is not too far) I have not <gone> in your name. Lewis endeavoured to make all kinds of excuses for the letter he wrote. I wish you to write to me as soon as you receive the letter to which I have referenced. Things will go well.

Your sincere & I may

P.S Enclose Lewis’s Letter to me he wishes to <see> it as he does not know what he wrote & in <is> <defensive> about it 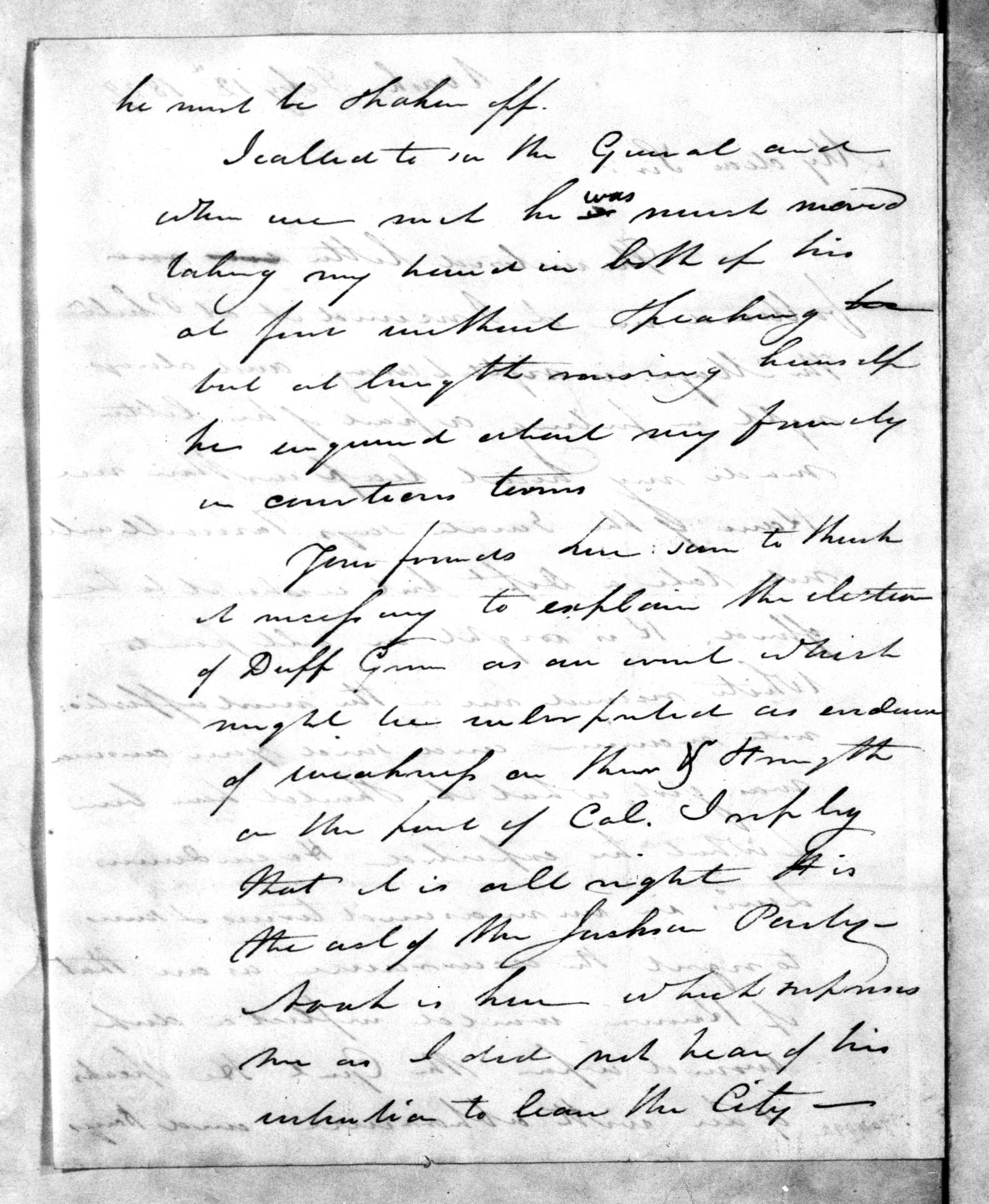 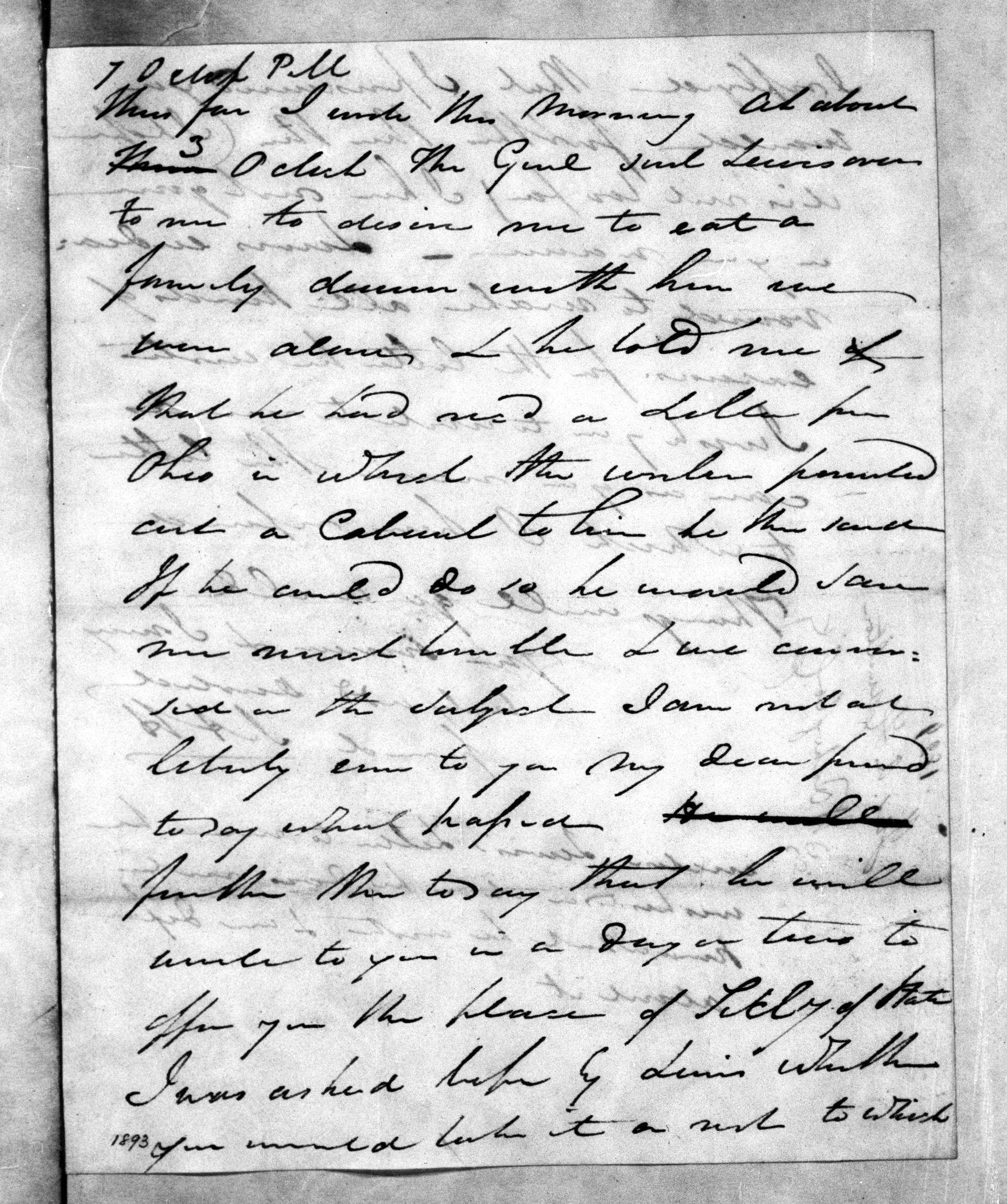 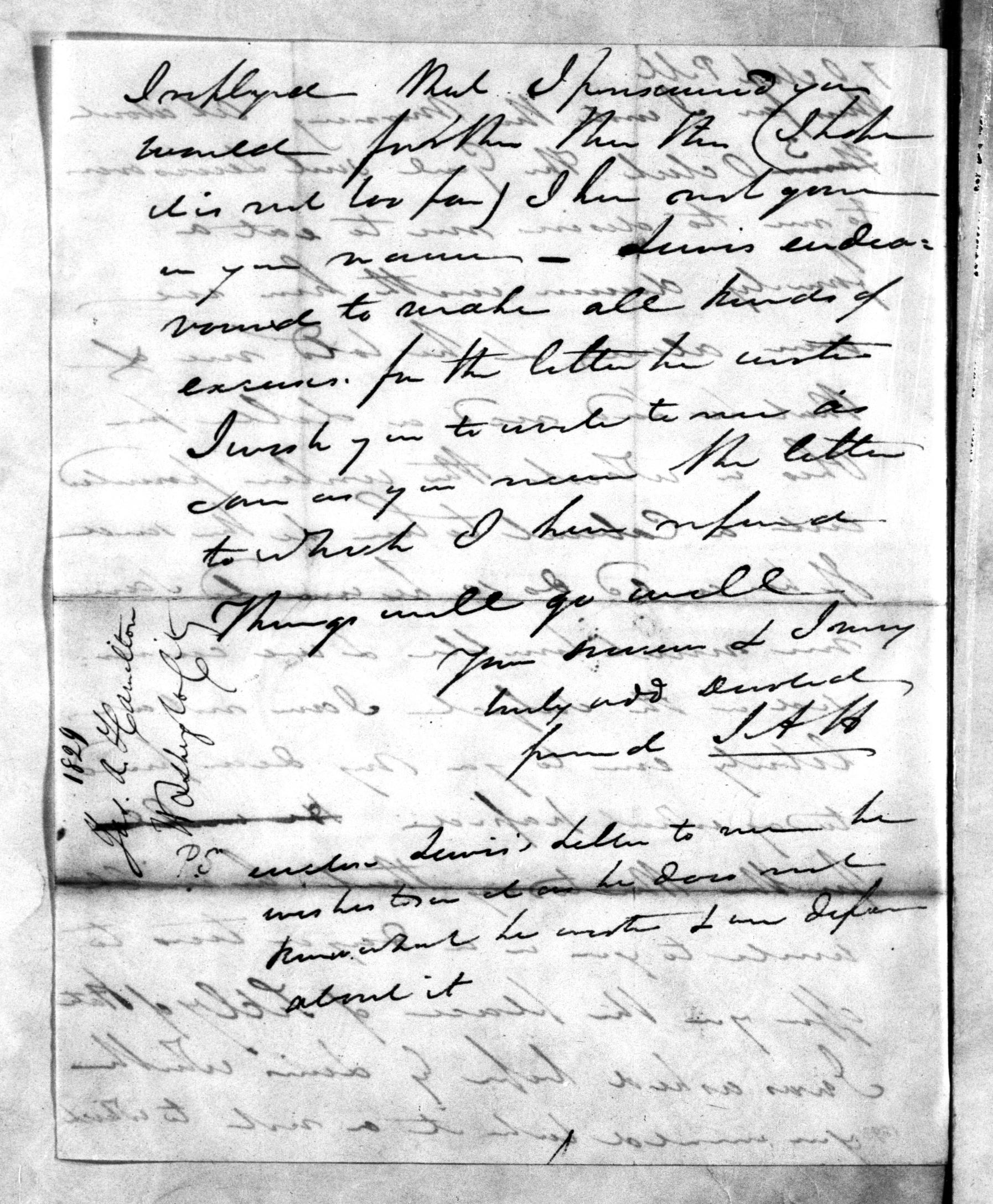