Enclosed are my views on the present state of affairs. They have been written in haste since I saw you at the Capitol for which I hope you will excuse me as I have been prevented before by ill health & urgent duty. I think they are full enough to be understood and may be read by a lawyer. They are given in the sincerity of my heart and principally from my conviction that the public good is deeply involved in the question, as well as my regard for yourself, in which without any personal interests I yield to no one altho there may be many making louder pretensions. And whether you shall give them the same importance they appear to me to merit or not, I shall feel myself acquitted of a duty which has been on my mind for some time.

The more I examine the Bank question the more I am satisfied of the invaluable importance of the questions involved in it. And I am now fully satisfied that there ^is^ nothing has saved this State from having her currency run down by the operation of the false principles of banking, which like a devouring fire has been thro the western and southern States, and destroyed every thing but the soil, except their limitation in number and amount. And that the old Banks conscious that there is no place for the operation of others on the same principles they practice, are so anxious to exclude others, and the claimants are as determined that no old banks shall be reincorporated unless they have means, and all mutual confidence having waned there is an important opening for compelling the adoption of principles under which all may exist without danger & with advantage to the public.  I shall go to N. York and tell those Bankers to learn wisdom and stop their fools from prating & set to work to unite public opinion instead of distracting it. And I shall get an earnest petition from a body of men who are independent enough to dare to speak ^out^, setting forth the evils of the present system and praying that the question may be thoroughly examined, & right principles applied. And on my return get if possible a joint committee of both houses with powers to examine Bankers as did the house of Commons & by that time they will be willing to be <shoved> in the open <cast> in any way the public shall think best to have them. For unless some better system is adopted & there are ten or 15 banks incorporated as there must be, they will run us down in a few years when the same steps must be taken to get into ^the^ right way which could be better done now. I hope to be back in ten or twelve days.

Enclosure(s):
Note: Because this document is only a verified first-pass transcription, it and the document metadata may still contain errors. 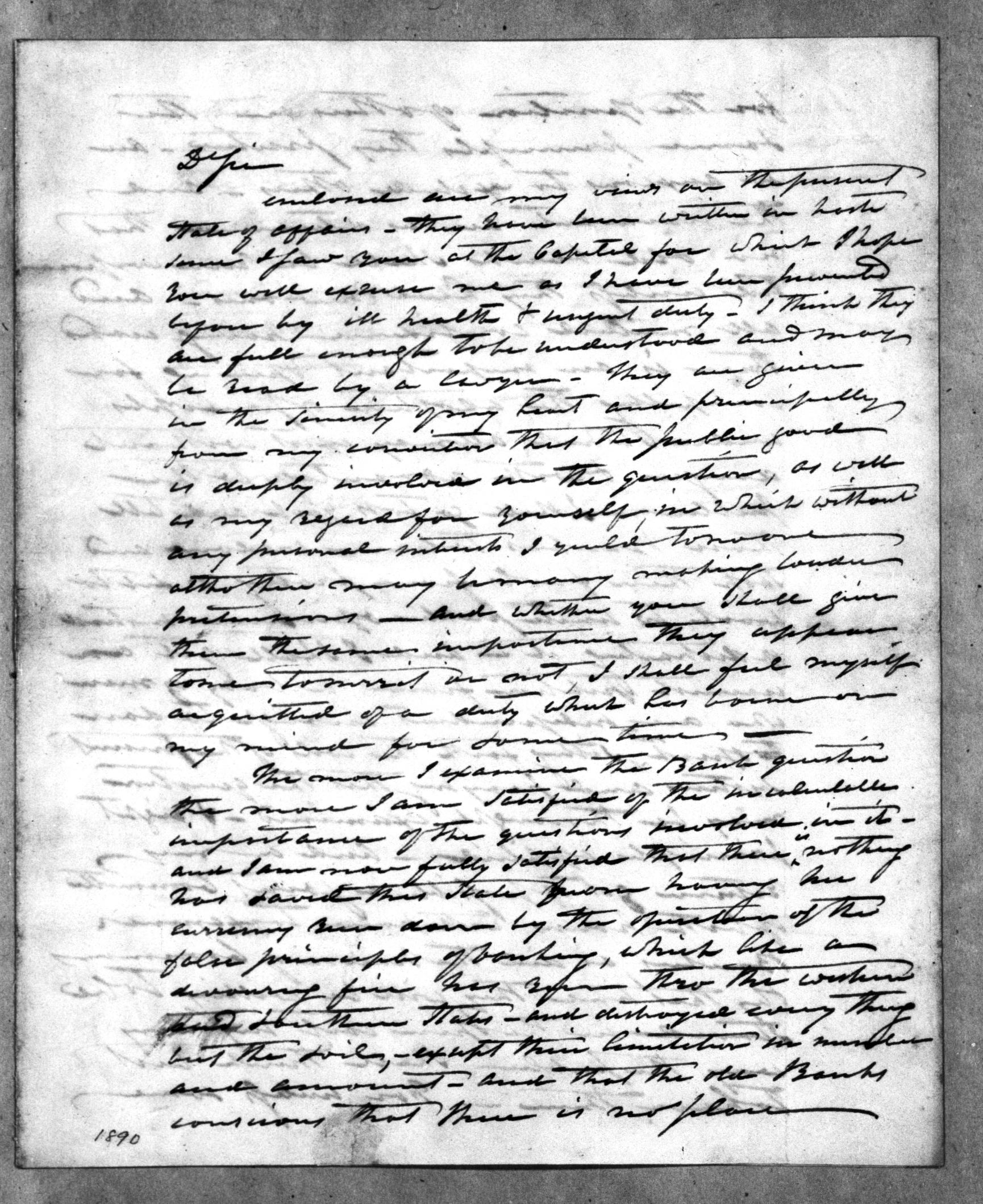 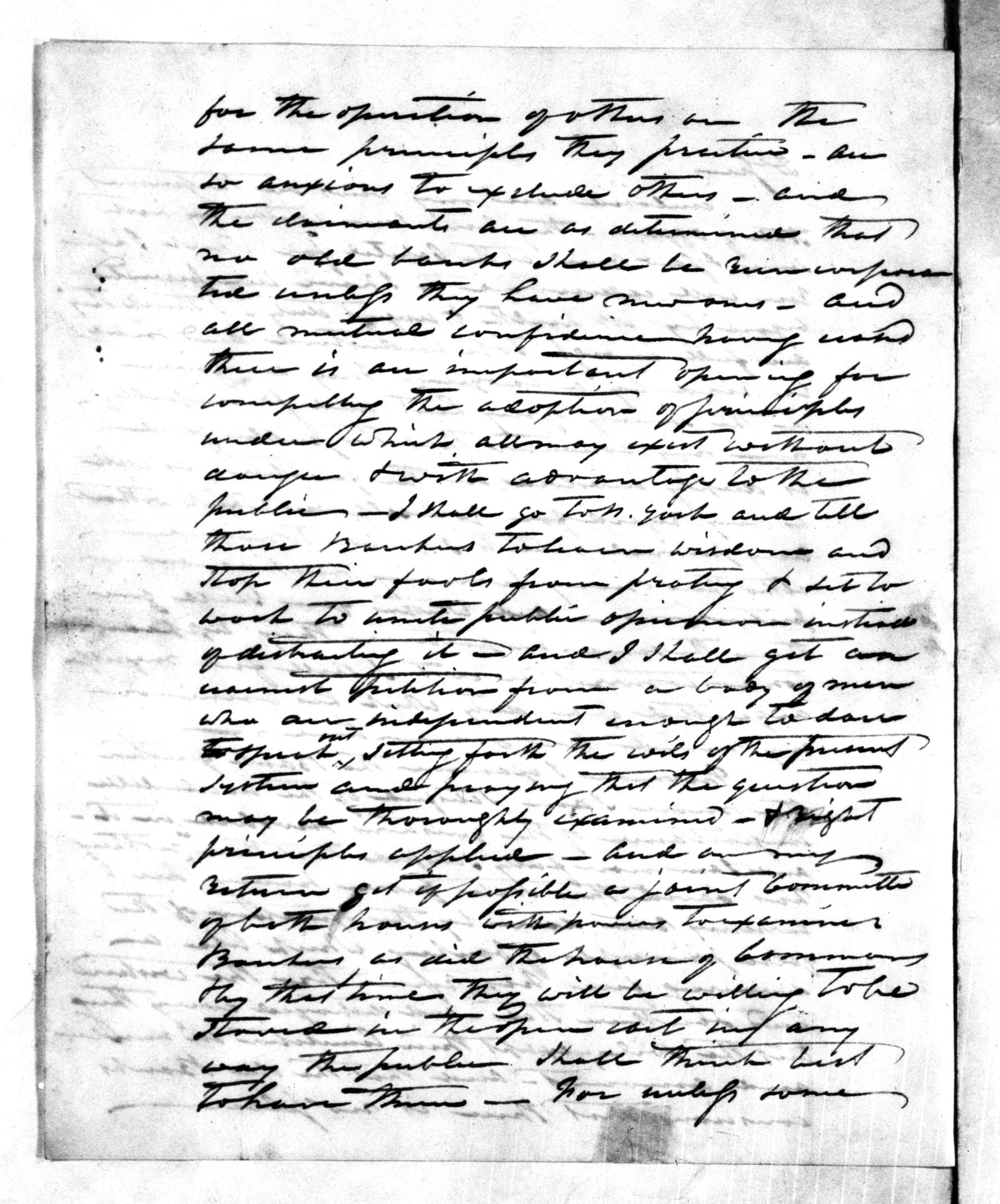 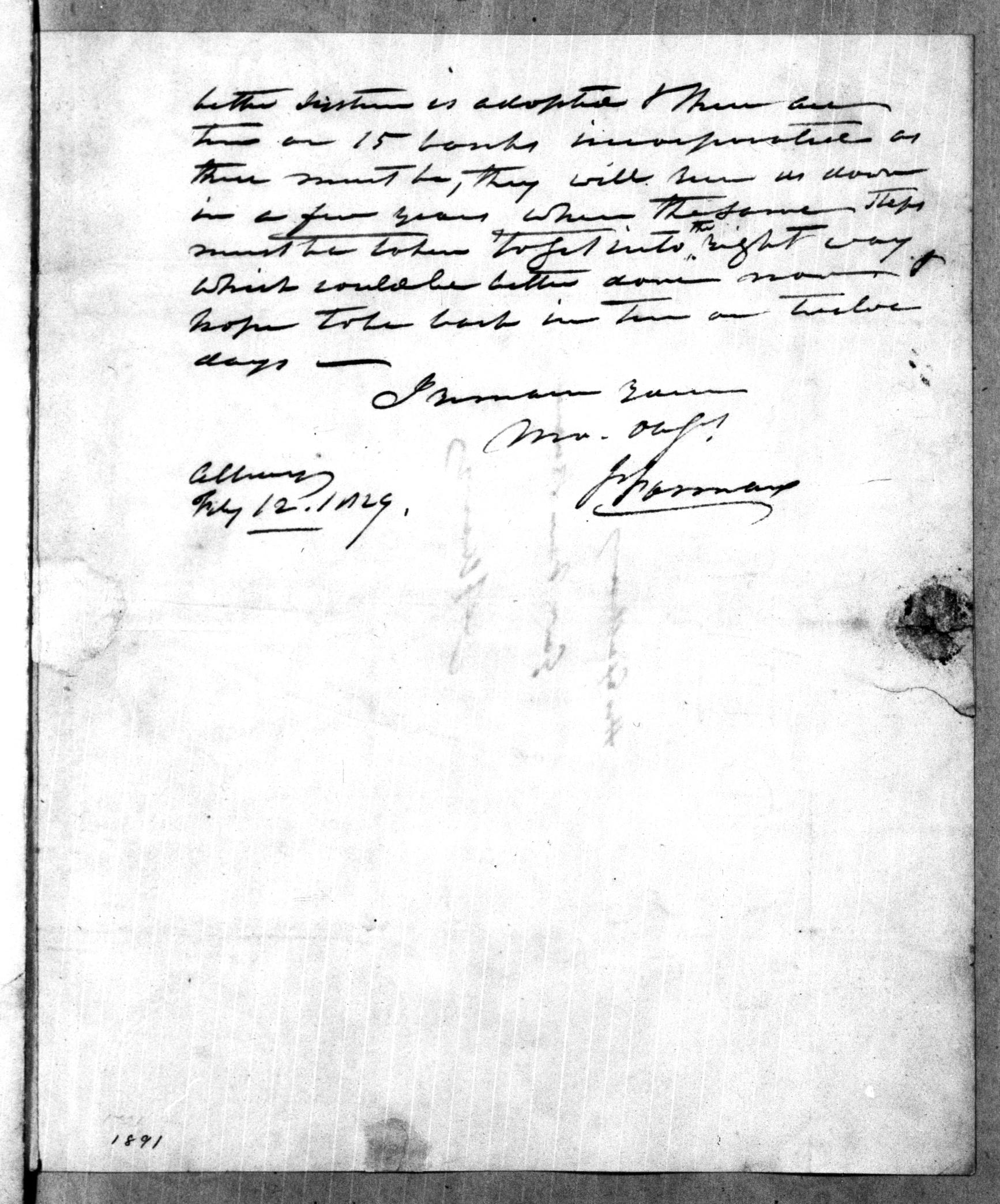 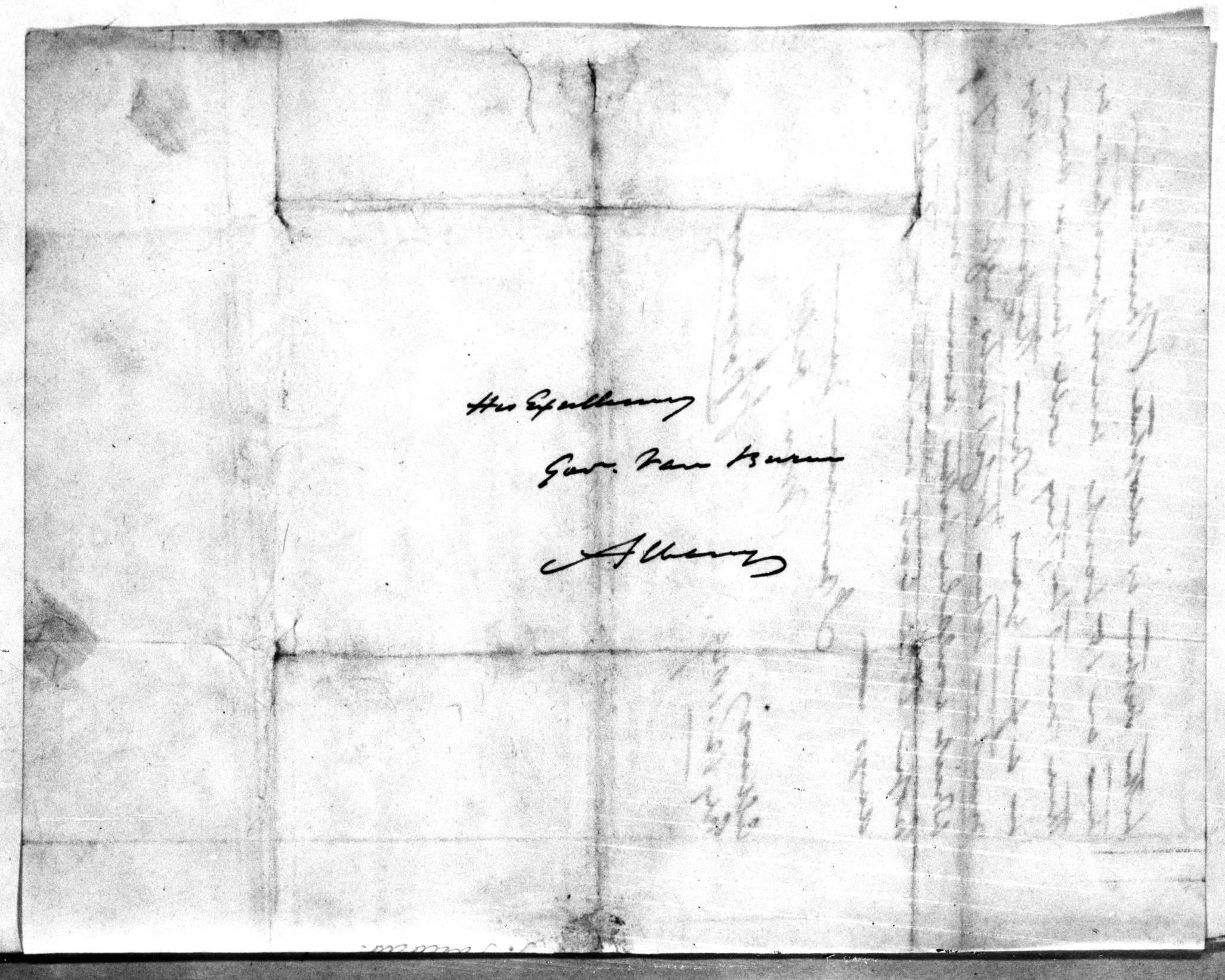