I have at length succeeded in getting the exposition of my Bank project in a state that I am willing to submit it to investigation without fear of any of its principles being successfully attacked. Altho from having paid more attention to the matter than the manner the language may be more assailable. As a whole while it points to the public good for its object it furnishes inducements to all the parties in interest to write in its support except perhaps those who expect to be paid for it in hand.

The passage you spoke of this morning I have retained applying the reasoning to the proposed general bank without reference at all to the question raised by it as it stood before, and I think you will be satisfied when you have read it thro in connection that there is no just or even plausible ground for charging me with being the agent or advocate of any of the contending interests connected with the subject.

The influence of banks upon the prosperity and morals of a free people is only exceeded by that of the press, and thus proper regulation with that view an object of primary importance in the eyes of wise and reflecting men. Even many of the bank managers have at length come to see the evils of their old system and are changing their policy and if the exposition of the causes of those evils should do no more good than by opening the eyes of those concerned & produce a better practice just good will be attained by the latter part, which I read carefully to Mr. O. who admitted every statement of it true, but thought that leaving things as they are he could make more money. 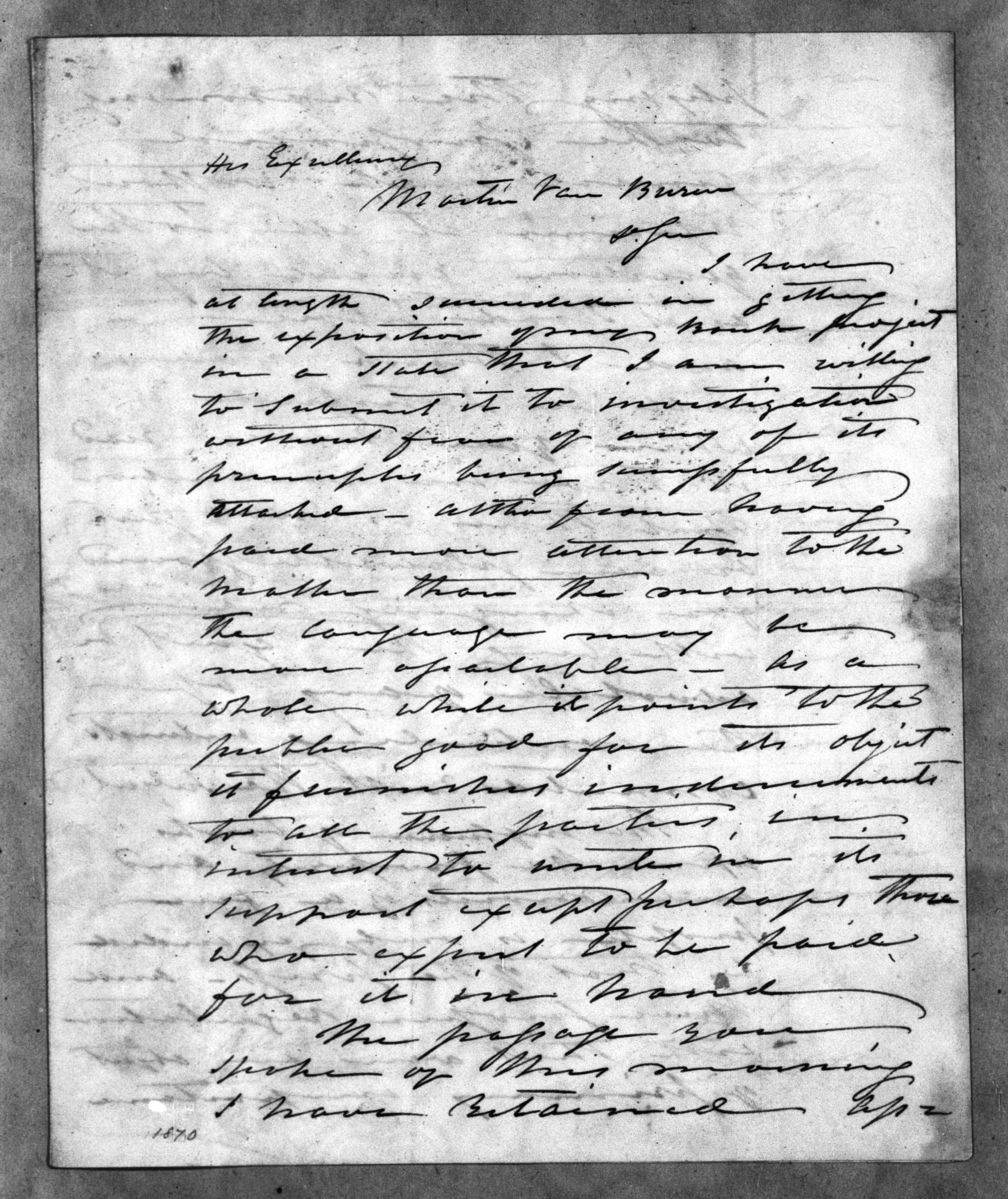 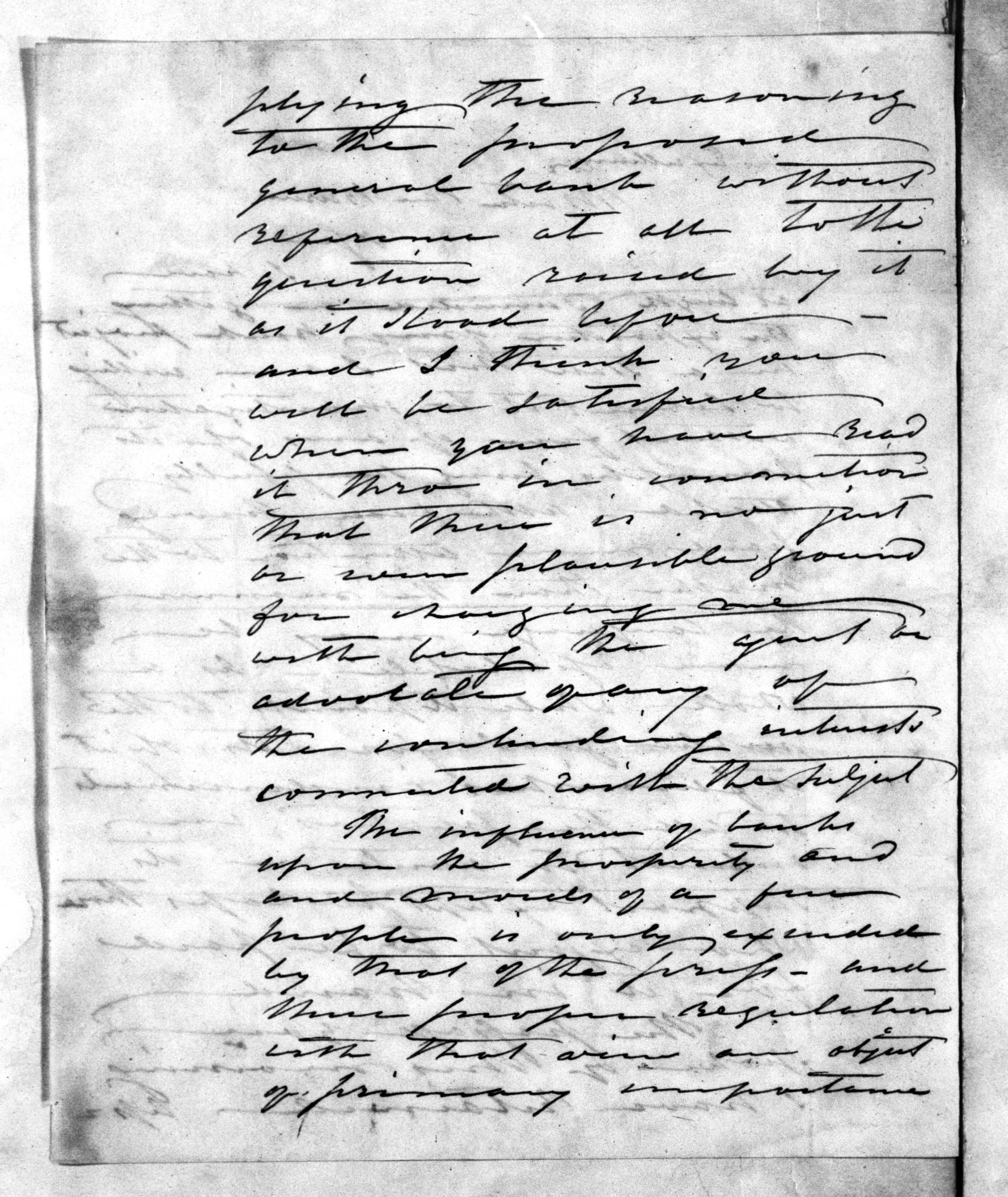 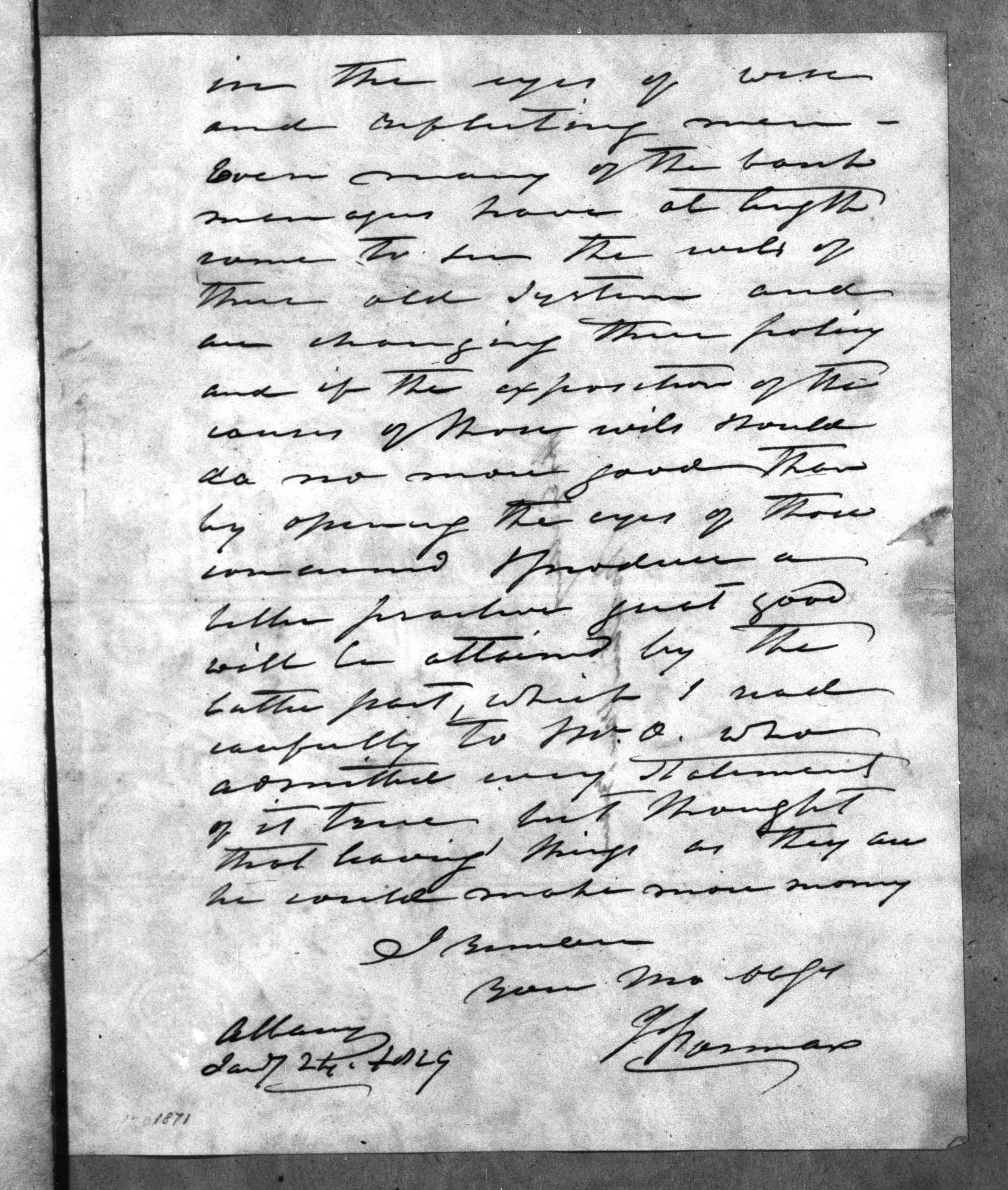 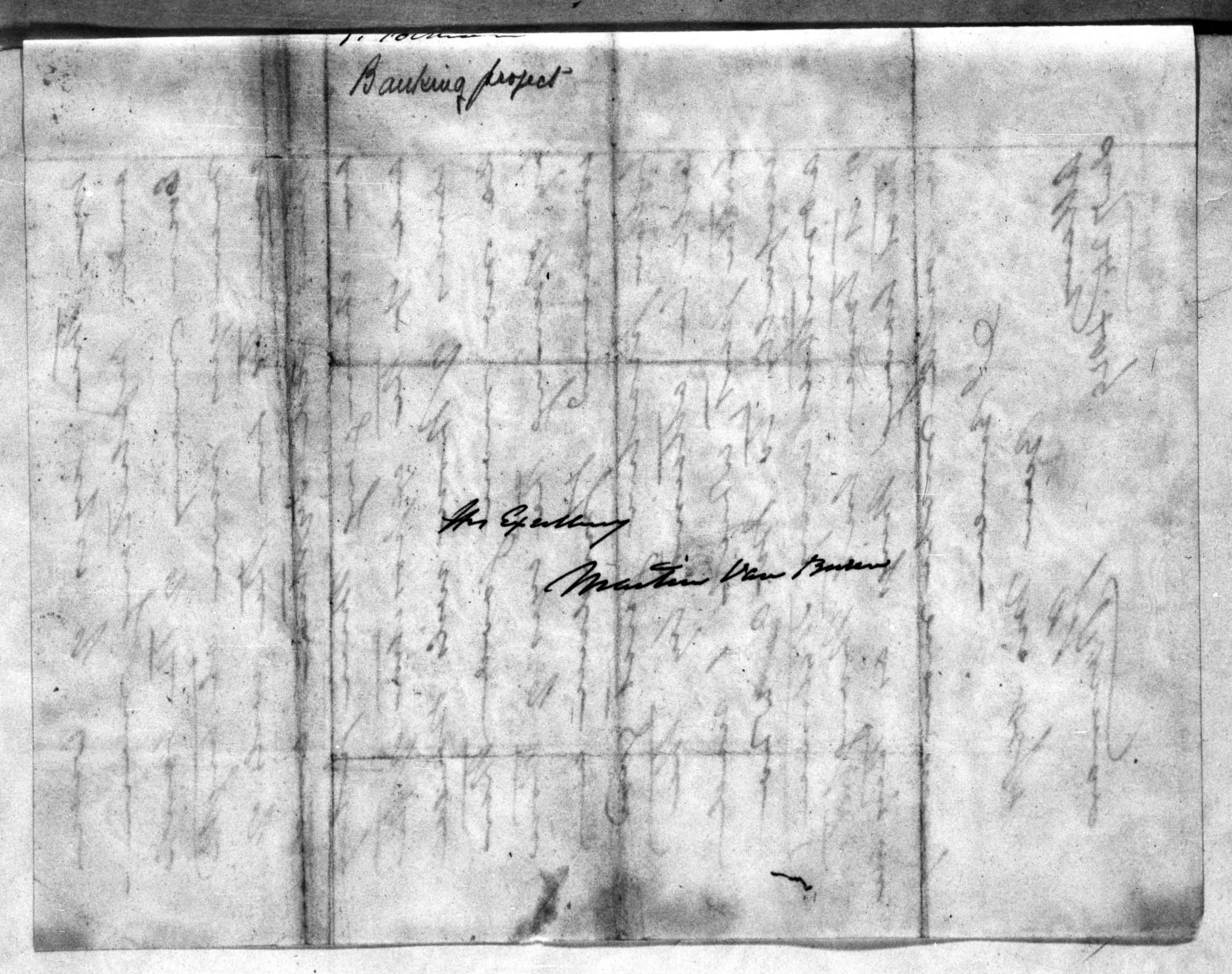