I have read again & again your message with unreserved pleasure and pride You have really done yourself much honor and I am grateful to be enabled to say that all whom I have heard speak of it unite in this opinion last night at astors it was the exclusive subject of conversation & the praise of great frankness manliness talent & <propriety> were accorded to it on all hands C & I King were there and were evidently chagrined by what was said of it. The praise of your enemies is conclusive of its unquestionable merit & Catlin of the Merchants Bank conversed a great deal about that part of it which referred to the subject most interesting to him. He thinks well of the plan of mutual responsibility & <illegible> and <some> useful hints. He says the banks would be willing to accept charters with such a plan if they are relieved from the tax &c &c.

There is a rumor of war between Engd & France; as I have not been on this lower part of the town I know not whether any thing further has been heard. The wind is blowing ^wind is now blowing^ from the east and must give <illegible> every hour.

I received a letter yesterday from Nashville Dated 17th Decr The Genl is well but nothing said about Mrs Jackson, whose reported death has not been confirmed I should scarcely lament that <illegible> for public as well as private consideration.

I thank you for my appointment of which I hear ^however I^ hear nothing more than is stated in the newspaper. 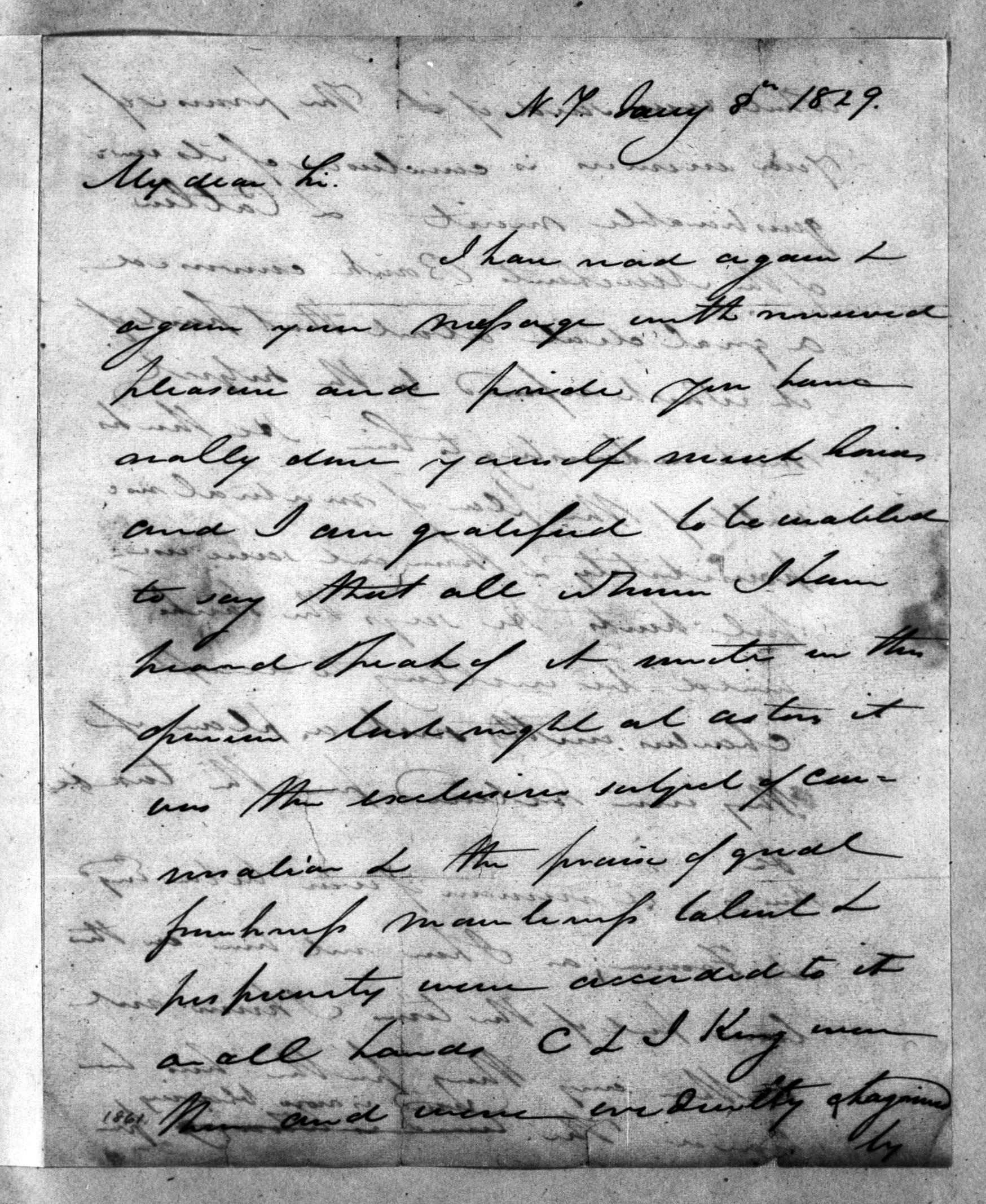 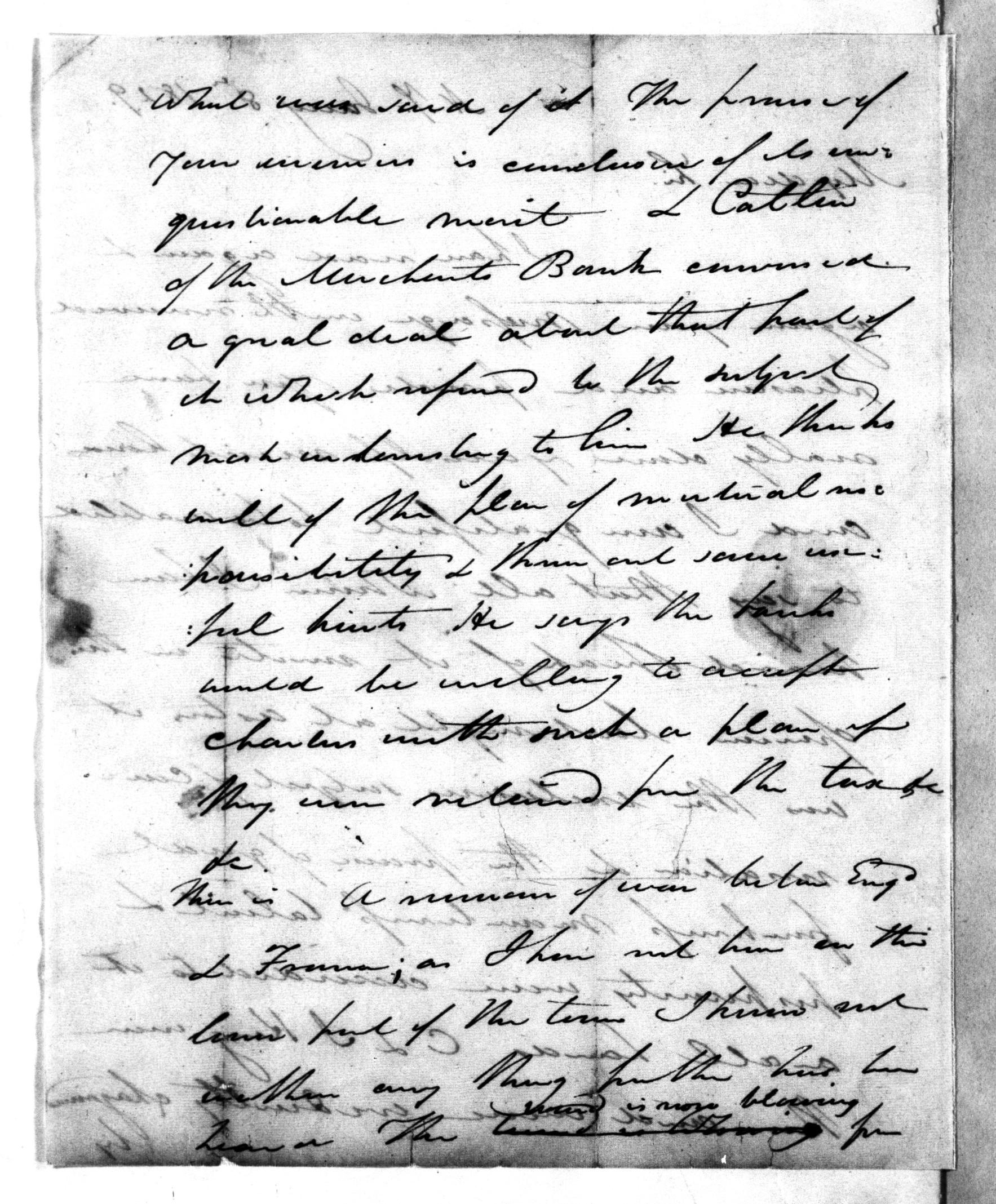 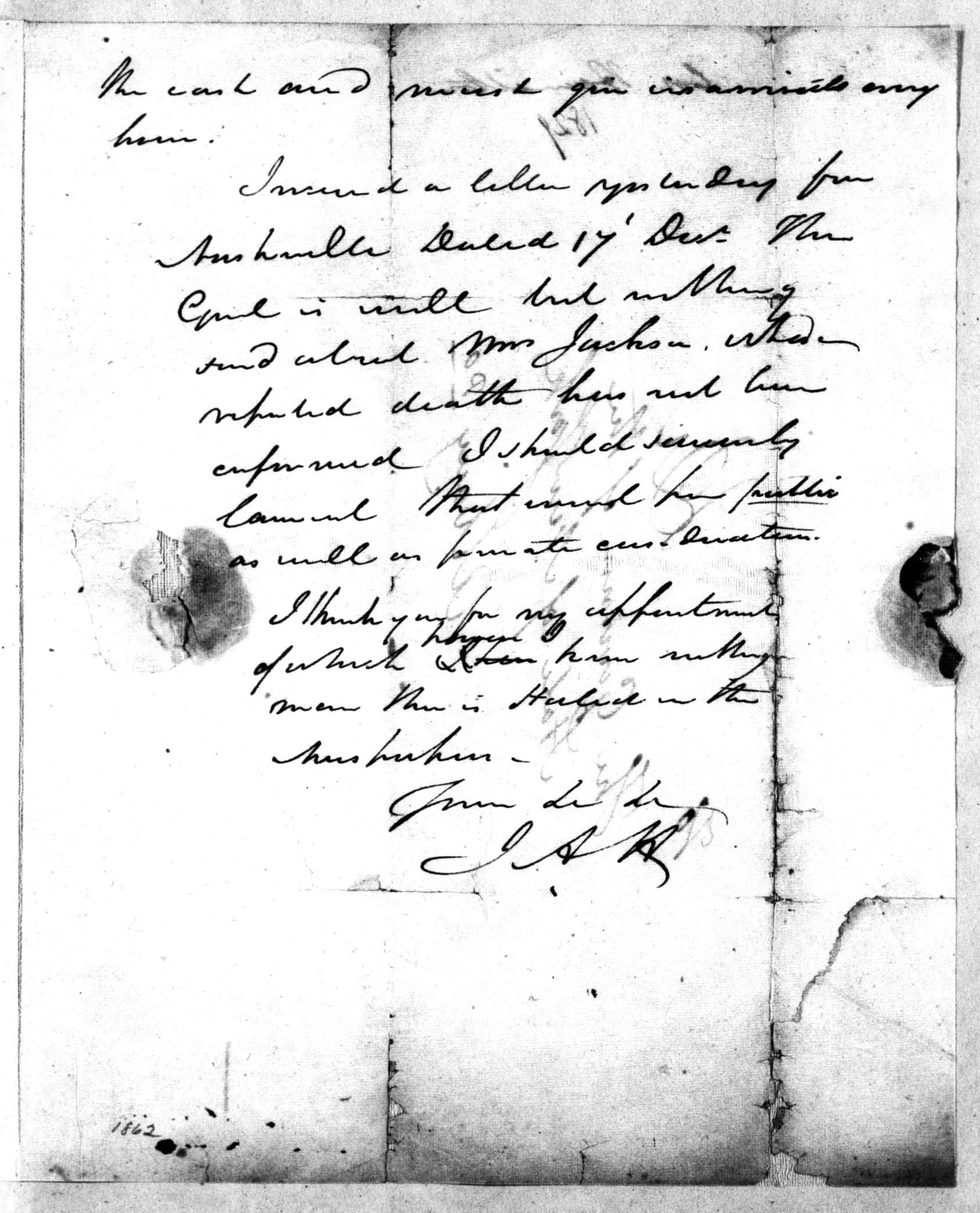 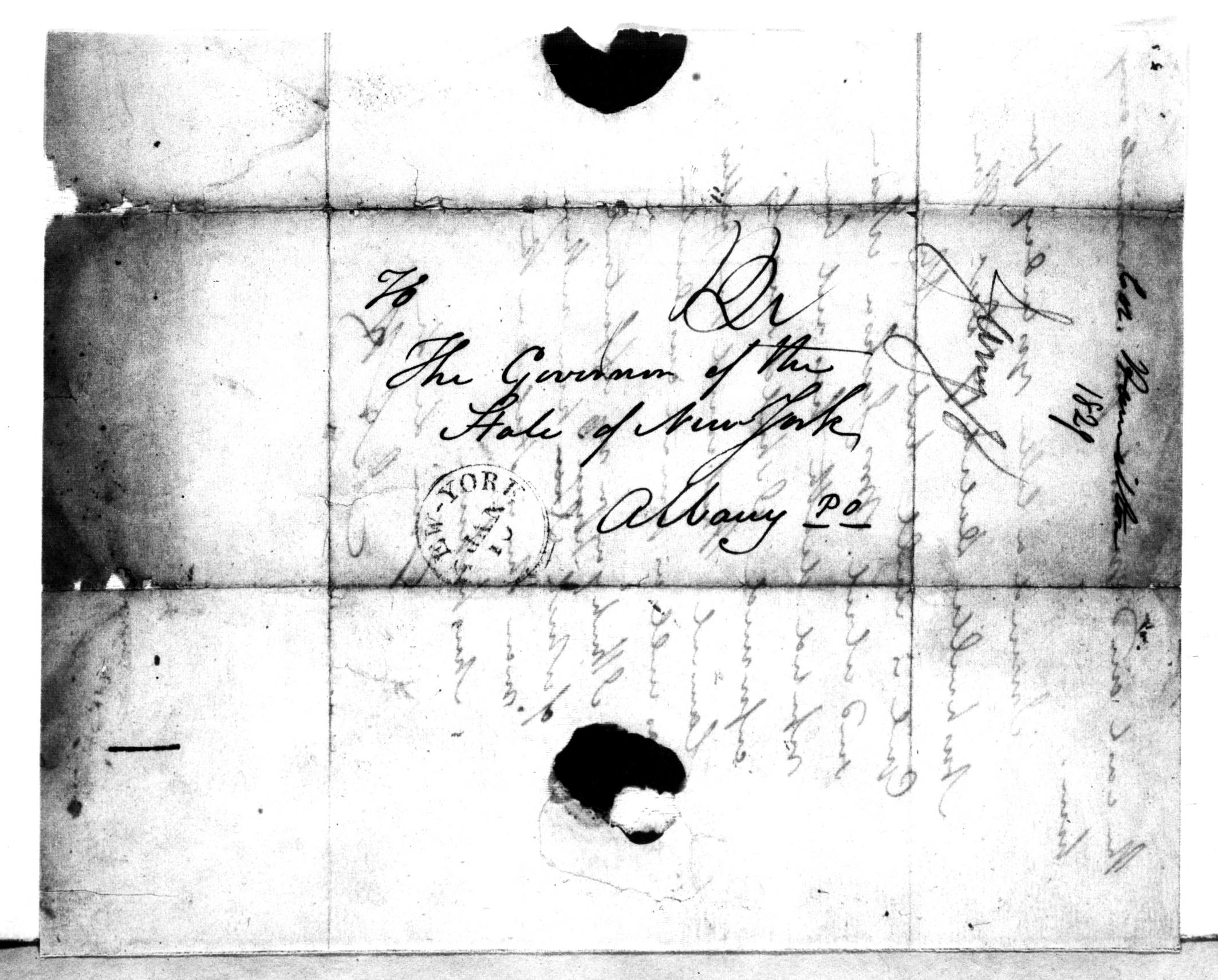