I called on Mr Newbold yesterday for the result of their deliberations on the Bank project. He observed that they had spent so much time in deliberating upon it, that it had deranged his bank business and he had not yet been able to put in form their views on the subject in a form that he was willing to let it go out of his hands. On retiring to the discount room, he read one the drafts of a letter to Mr Olcott <Casr.> of a bank at Albany who had written him on the subject (& ^who^ from the matter of the <illegible> letter read to me I presume you have consulted directly or indirectly [. . .] in which, after protesting that the best public security is a sound Capital & honest men to manage them & stating the small proportion of losses by banks compared with those of, individuals, he says, that if the public requires better security he has no hesitation in saying that ^the <illegible> of^ this project is altogether the best he has heard offered, must prevent much evil and do much good, if Judiciously applied, but that some additions & some modifications were necessary to the project as offered by me to secure its usefulness, which he had written out but said it was in so imperfect a state, that he would not permit me to take minutes of it, but requested me to call this morning when he would give me <illegible> to take a copy before he sent. I again called this morning when he again complained that he had not prepared it & wished me to stay in town until tomorrow which my business would not permit. I then told him I expected to be in town the last of this or first of next on my way to Albany, when he promised to have his reasons put in form for my use & would in the mean time send on his letter to Mr Olcott, that the subject was so momentous a one that he did not wish to let any thing go out of his hands until he had not only fully consulted the others on the matter & the expressions in relation to it.

I think too he was rendered more cautious by a foolish publication of Noah of some garbled statement he has got of it. I presume from conversations of Judge Kent with whom I first talked without reserve before I saw you & thro young Baily to Noah, Newbold expressed his regret that the publication had been made & feared it might operate on your mind to deter you from saying any thing on the subject. From ^all^ which I feel satisfied that it has been with the three Newyork Bankers named as Olcott says it was with him the more he considered the principles of it the more reasonable beneficial it appeared.

I presume you will see his letter to Olcott in all this <illegible> & <might> <work> I think without fail I shall have the honor to talk with you myself on the subject.

I remain with respect 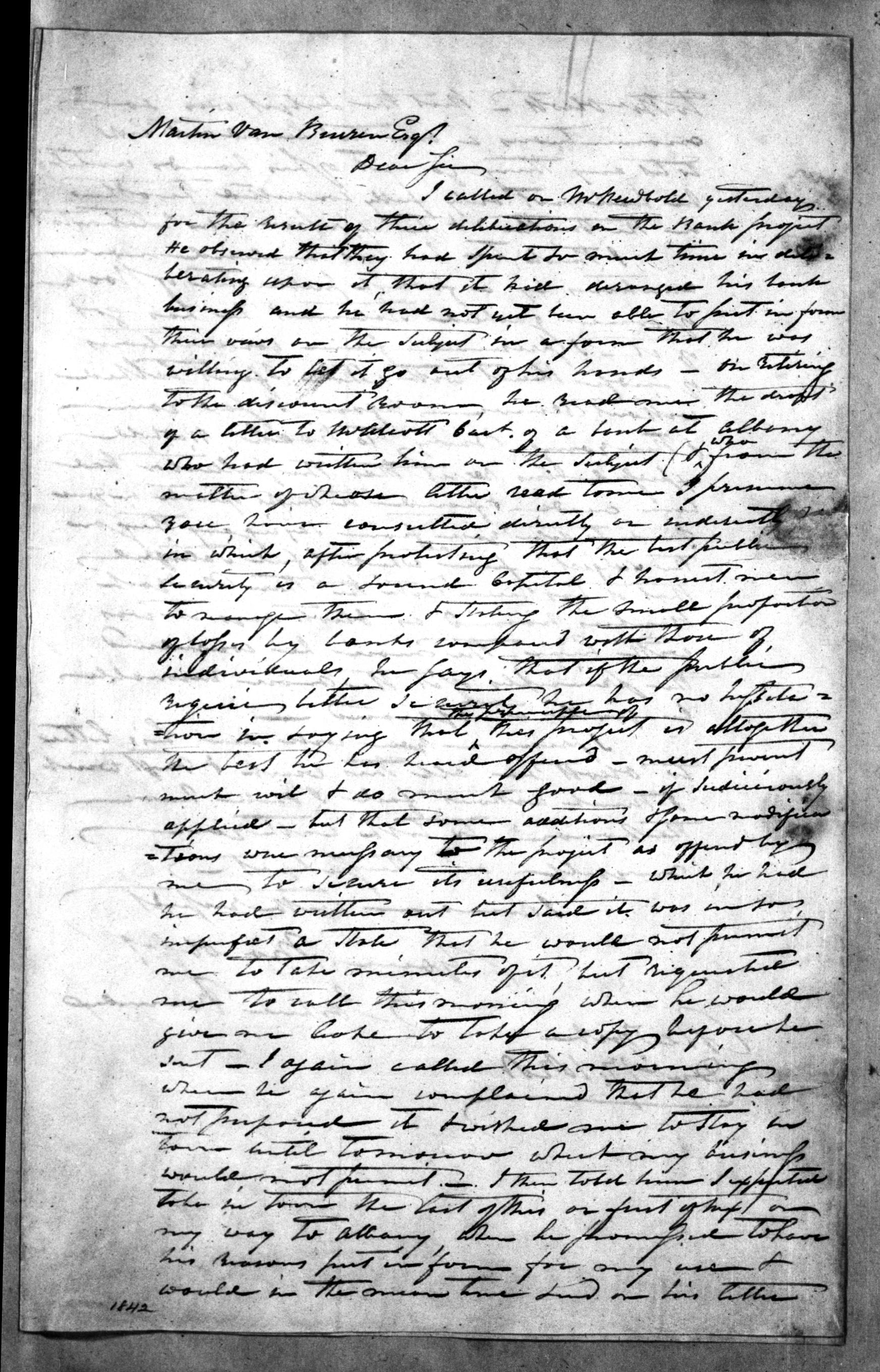 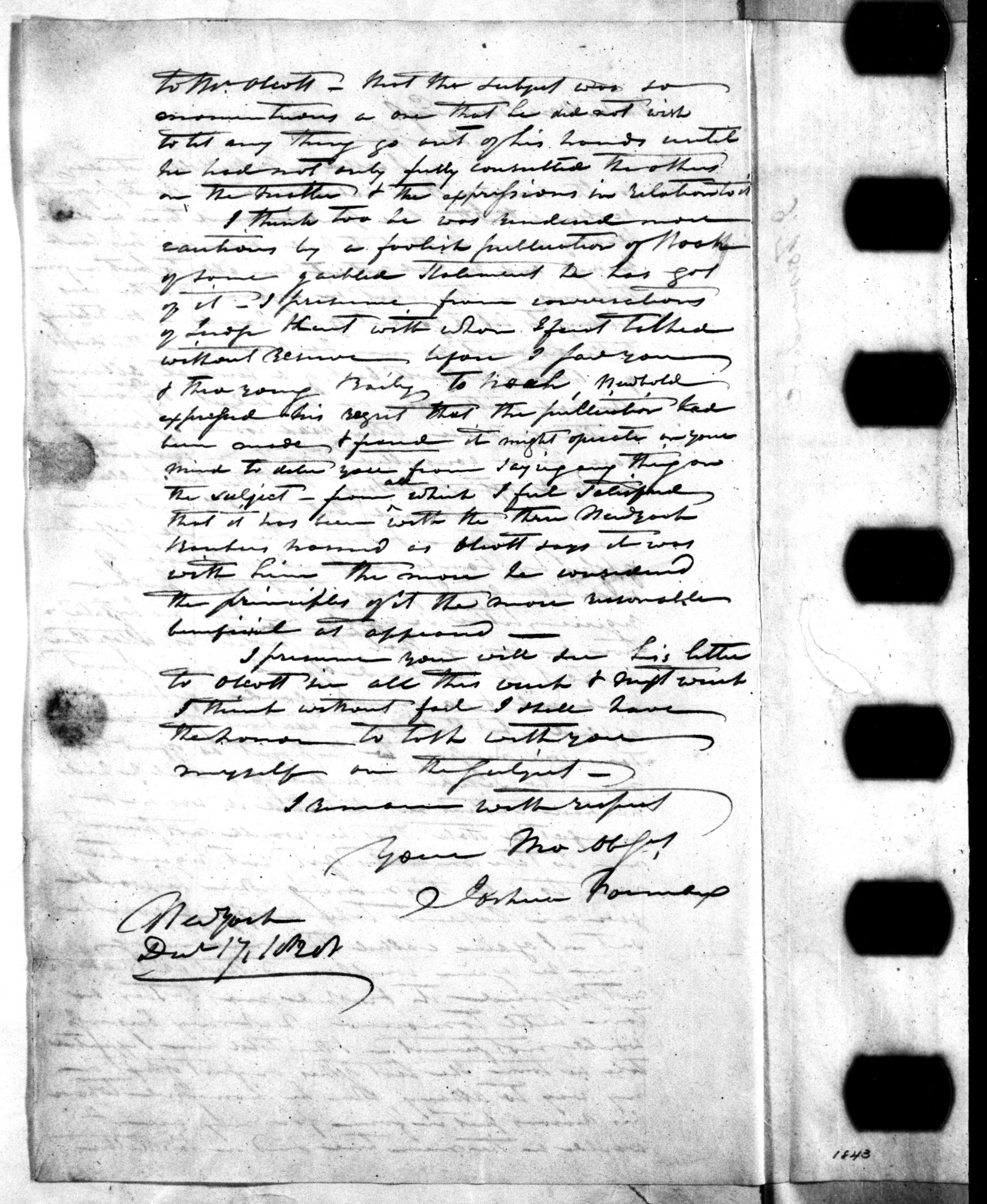 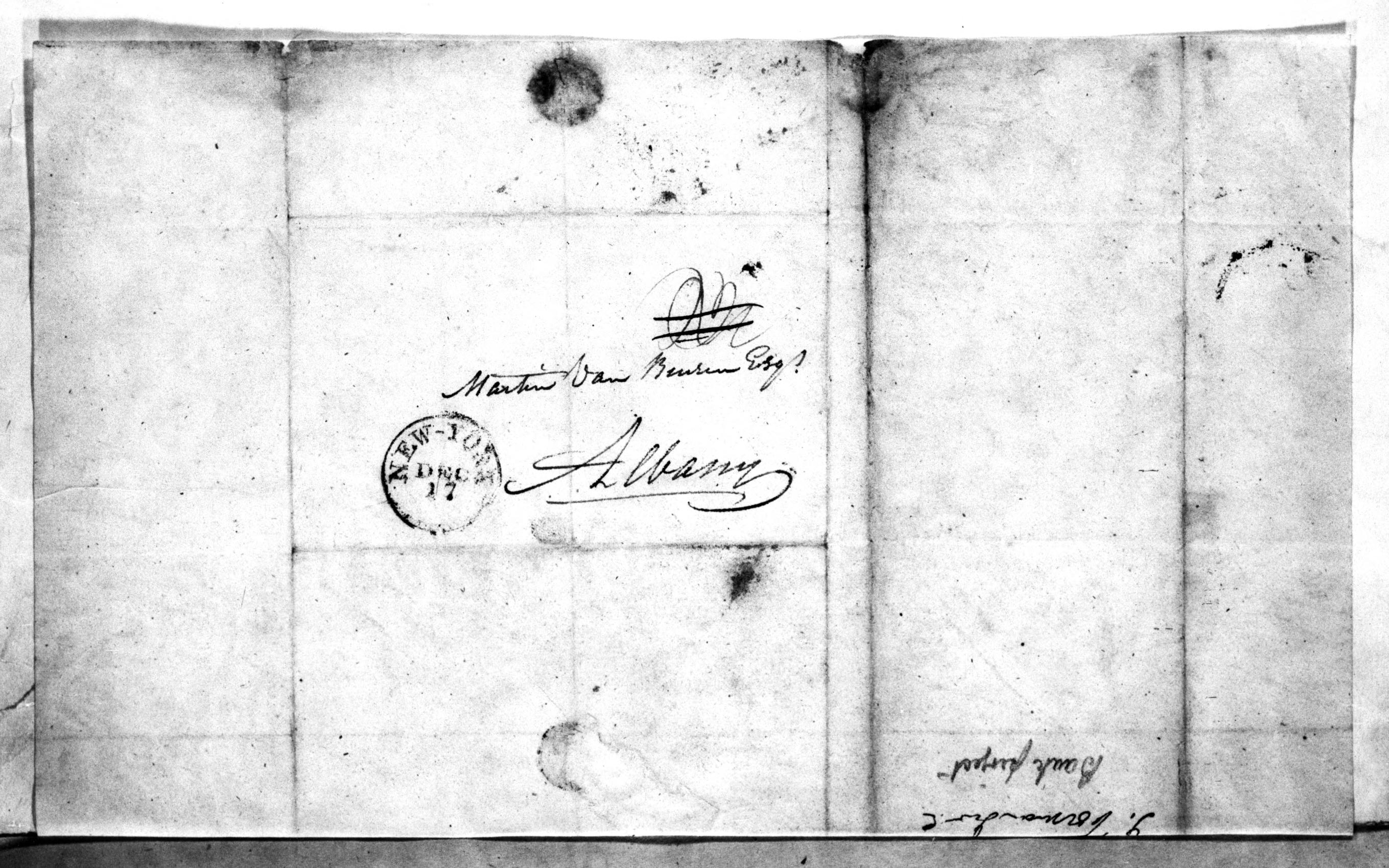