Dont trouble yourself about the intrigues at Washington but do me the favour to let me have as much of the gossip as your leisure will admit & have no apprehension that I will be annoyed by reports or even say (as you intimate) bring me no more. You might as well turn the current of the Niagaira with a ladies fan as to prevent scheming & intriguing at Washington & those who have the least reputation for it will generally be found most engaged. Six weeks hence they will find themselves but little wiser than when they began & well disposed to acquiesce in whatever disposition the General shall make of the questions they have <resolved> so deeply. Do you go on ^as you have begun?^ Attend to the public business and <appear> as creditably as you have already done during the last present session & it will be the best species of intrigue that you can be engaged in either for yourself or your friends. I concur with you fully in what you say in regard to the Treasury Department. The objection you state is a very strong one & is only one of a great number, but it would be agreeable to me to have as little said upon those matters in relation to myself as is consistent with frankness towards my friends. Why does not Mc Lane write me. Say to him that I have no secrets in regard to him ^(<illegible>)^ or any of my friends. It is very clear to me that the post he ought to occupy is that of Atty. General, that for a thousand reasons it would be the best for him, that if I could have any further interests in such a question than to see his welfare it would clearly point in a different direction & one to which I apprehend he is himself inclined. But if he thinks the other place viz the Treasury the most desirable I <illegible> most pointedly wish him success in that & all his wishes. Let my views & opinions upon this point be confined to you & him. Remember me to the Col. & Rives. Tell the latter I would write to him if I had any thing to say that he cares a fig about & that such not being the case with him I shall expect to hear from him. Mrs Rives is not yet with you & I am too envious of your promised happiness to wish that she was. Say a thousand civil things for me to Miss Curtis & my good & dear friend Miss Kerr. Let me have a large dose of the small talks of Washington. It will relieve me whilst plodding on the Message. I thank you for your <points>. They are excellent. 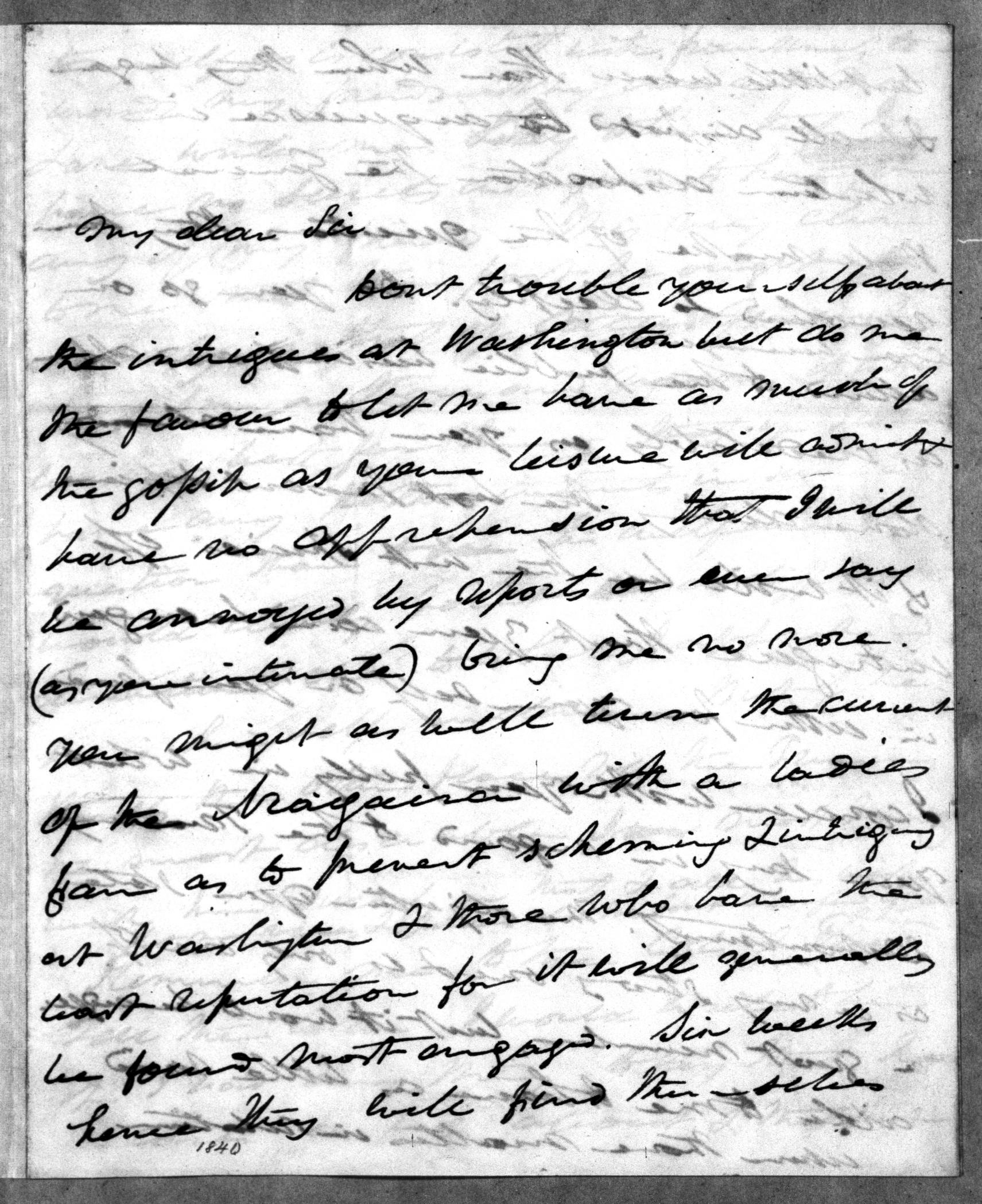 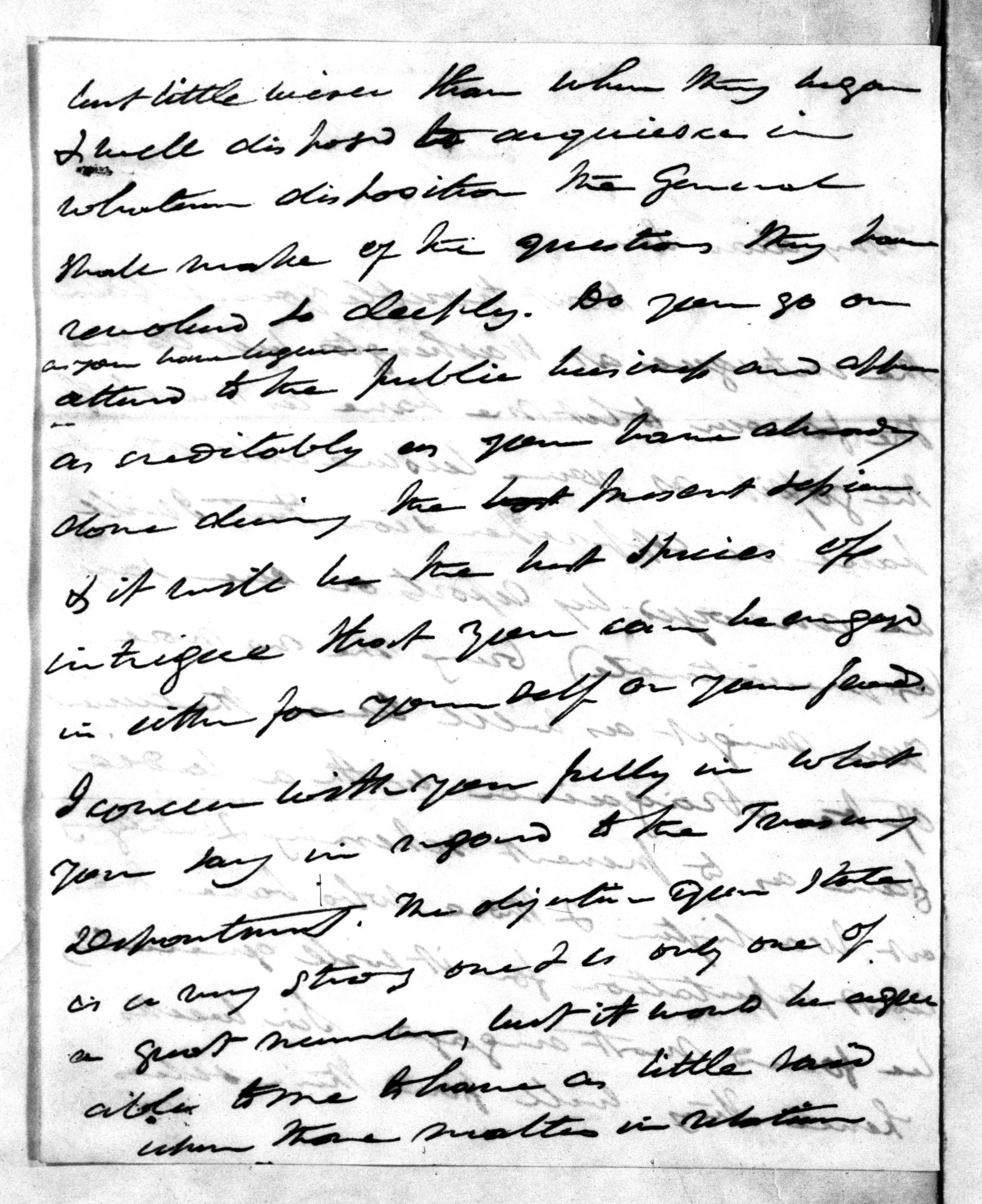 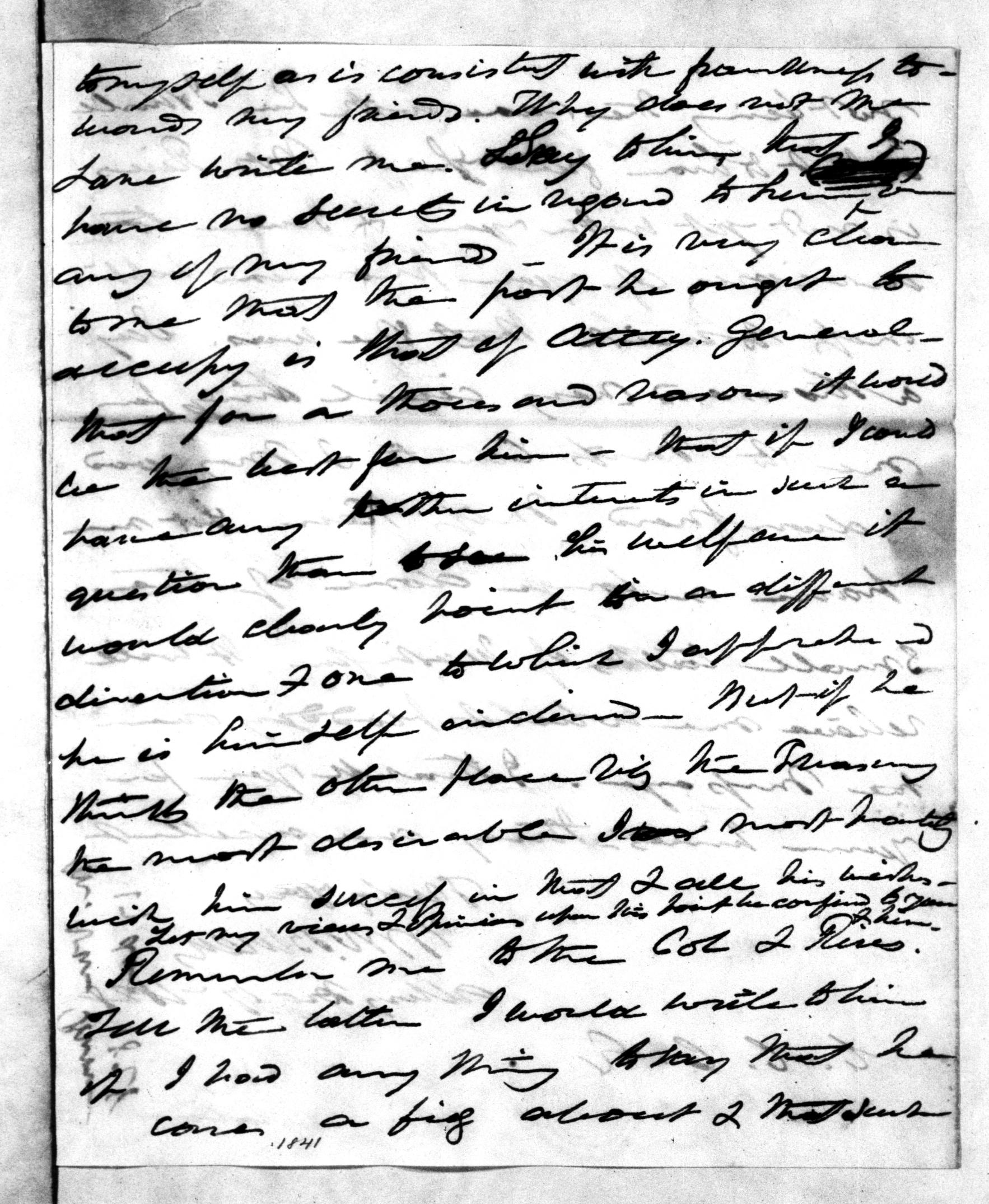 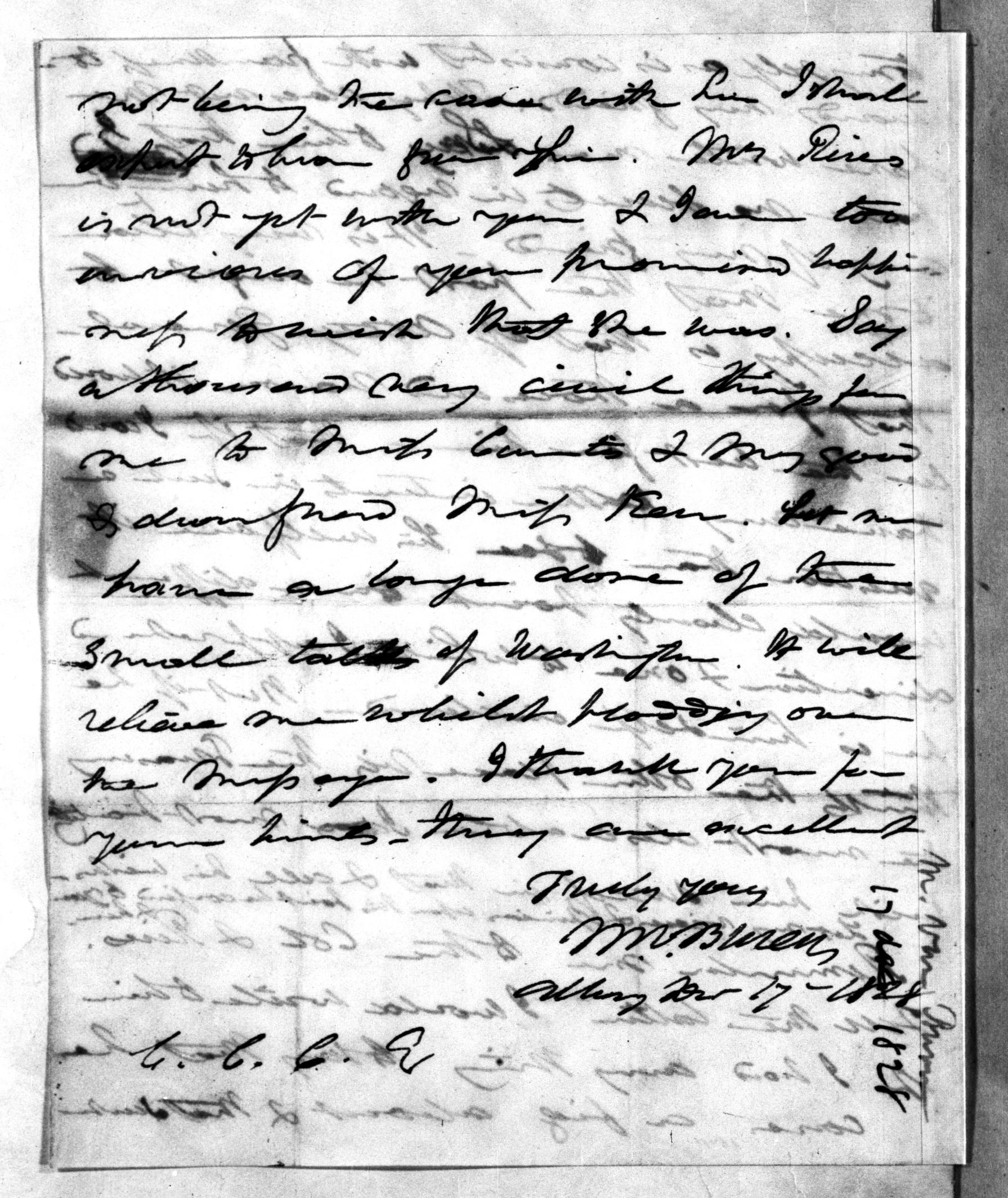