The extensive progress of the antiMasons at the recent Election is unexpected considering the imperfection of their incipient Organ^iz^ation, Candidate, &c. but from its magnitude & the relative circumstances I think we may apprehend that at future Elections for Legislators Govrs. &c. they being reinforced better organized &c. will command the balance of party ^or be a preponderating party by themselves^ in this State attest, unless the Stroke can be seasonably parried by some public measure. What the horrid fate of Morgan, by an extensive combination of Masons, has illicited has roused the attention & sensibilities of Many masons as well as the public in general to the partial & dangerous nature of some of the traits of that institution & combination & from the publications disclosures &c. Set on foot at Le Roy & other circumstances I think it is evident that no enforcement of the material secrets of that craft can again be effectually ^applied^ inforced, so generally sensible are Masons of this & of the trivial levity of the whole art that they are numerously joining the Anti Masons & I have in these parts heard leading Masons express their wish for its discontinuance & I who am not a Mason am of their Opinion which I hope may gradually prevail, but meanwhile if I was Govr. I would officially recommend to the Legislature some measure of such a tendency & I think every sensible Mason must cordially acquiesce & I think ^too^ no time should be lost. Perhaps little more would be necessary than an act, which I think has been once ^moved^ in our Legislature, prohibiting unofficial & concealed oaths.

But I am old and decayed in Mind & send this secretly with deference to your more competent judgment. 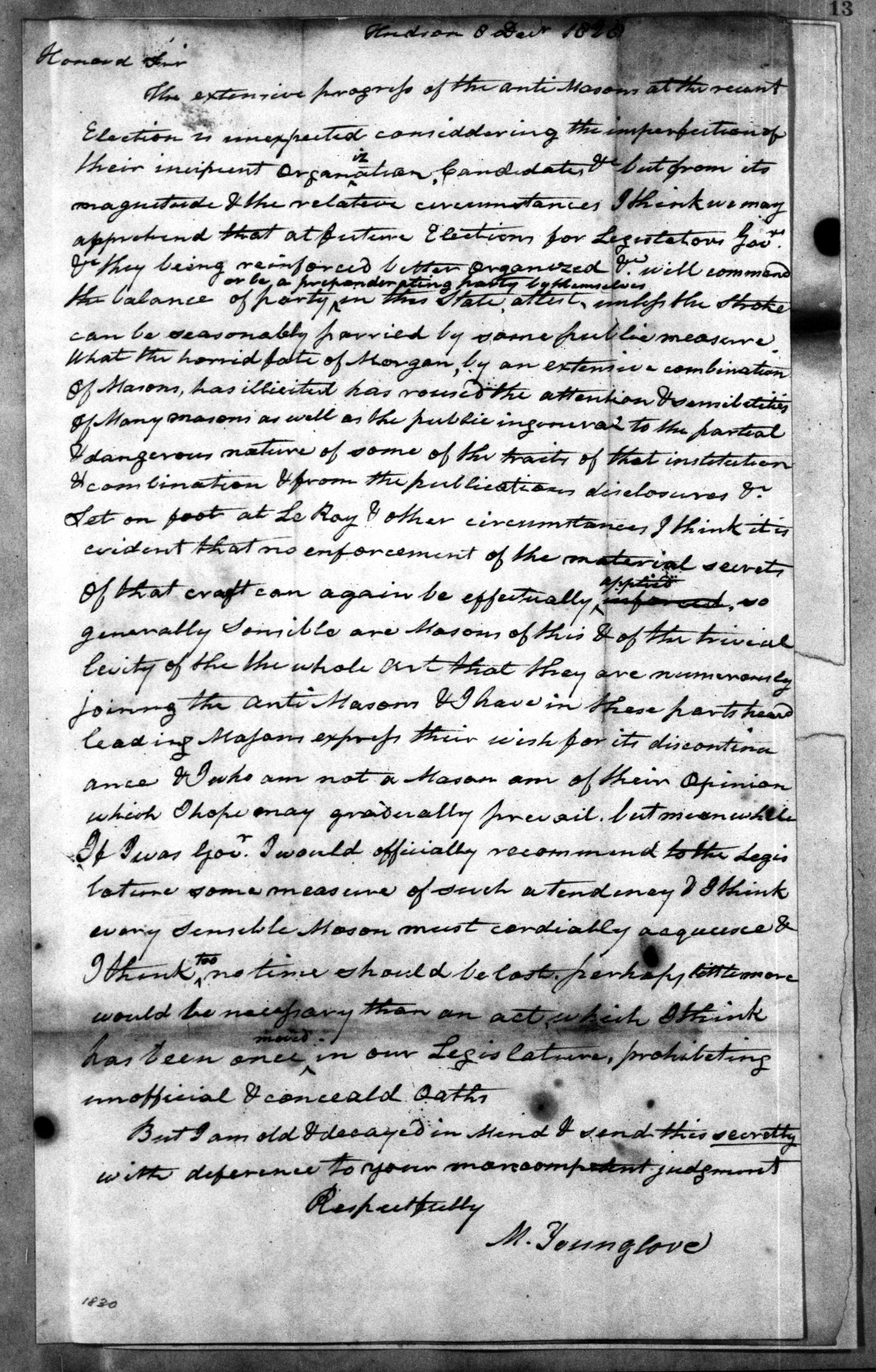 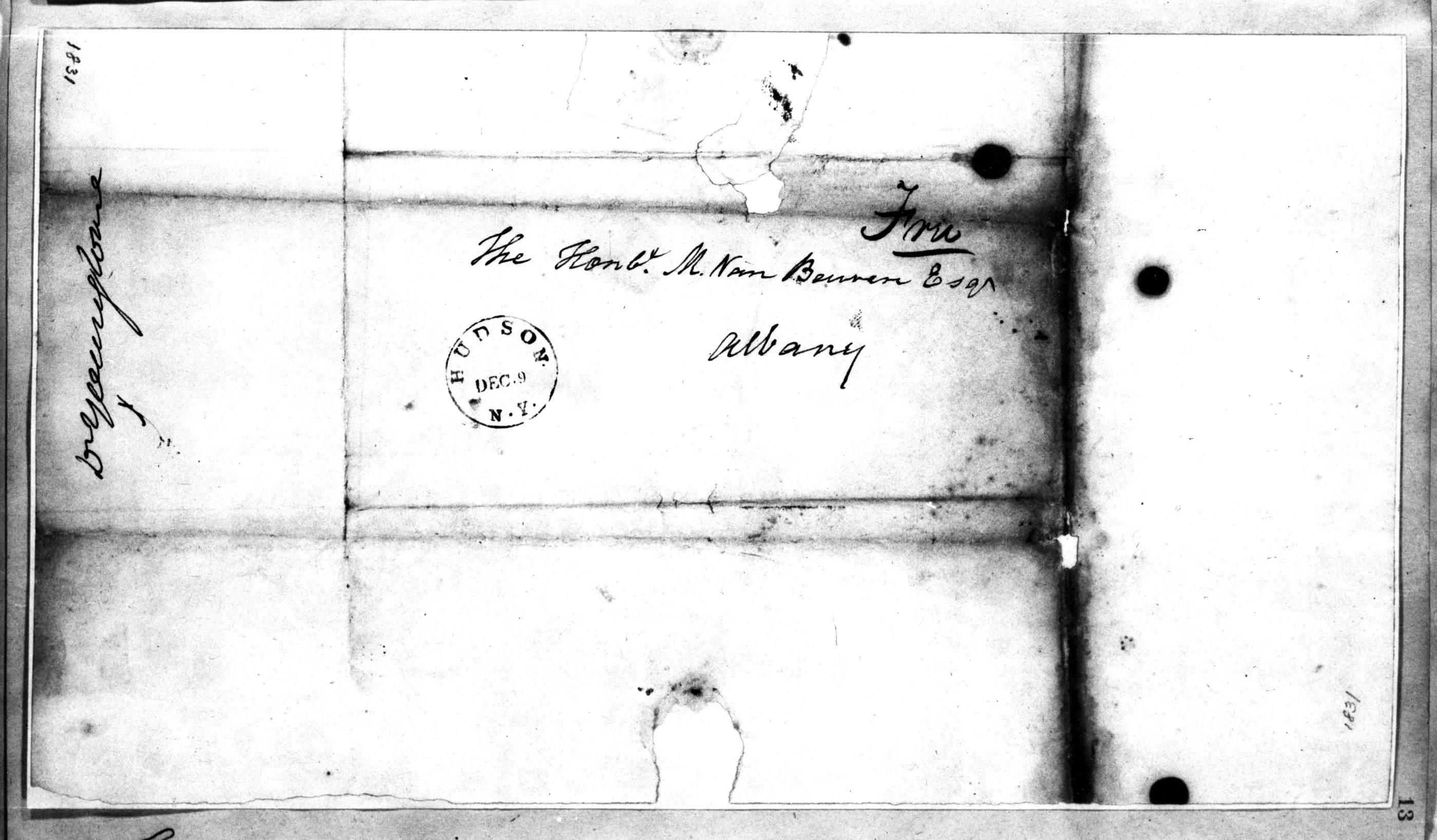