I send you my very hearty congratulations on your triumphant election. This is the second time, in two years, that you have had to contend with the federal government, superadded to your own opponents in the State, and both times with the result which any friend to the rights of the States, and the freedom and independence of elections, independent of their regard for yourself, must see with the highest gratification.

I miss you from my right hand, where I have had the pleasure and advantage of seeing you for seven years past, and if I go more wrong than usual, I must ascribe it sometimes to the loss of a counsellor with whom I have so often consulted with good effect.

The desire to know the first movements of a man who has filled a great place is natural, and therefore I send you the <illegible> rumor of the day, that Mr. A. will remain in this district after the <consummation> of his term. His friends say because the state of Mrs. A.'s health will not bear the rigors of a northern winter. His enemies, that he waits for the storm to abate which seems to be brewing in the North East. If the latter should be his object, you and I, and others who have had storms to encounter, could tell him the way to abate them is to breast them. To back our friends and face our enemies.

Hoping that I may often hear from you,

P.S. So far as judgment is concerned you were right in saying 3/4ths of N.Y. for the majorities against us in five or six districts were so small as to justify the calculations you made. I also was right about the West; not one vote there! 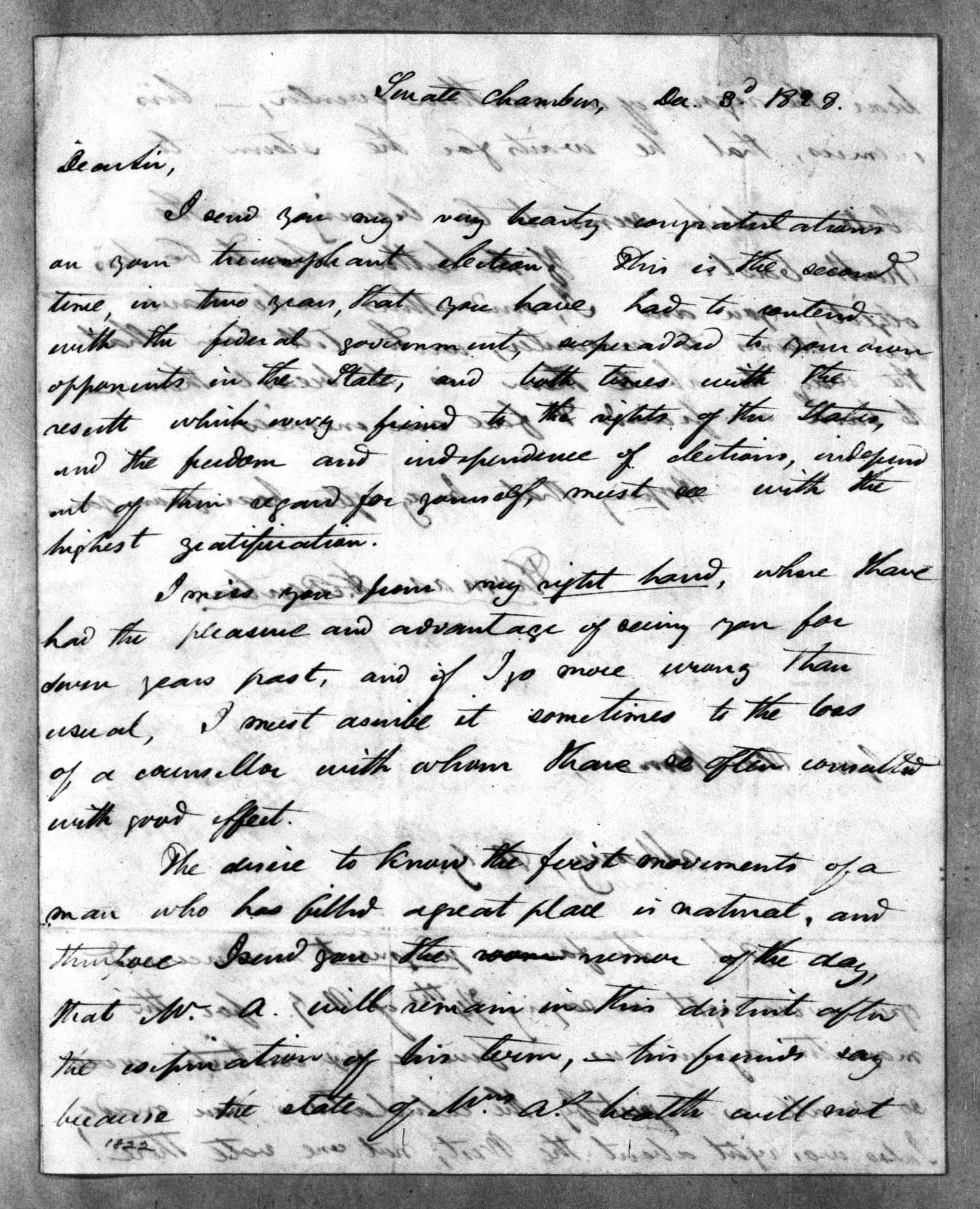 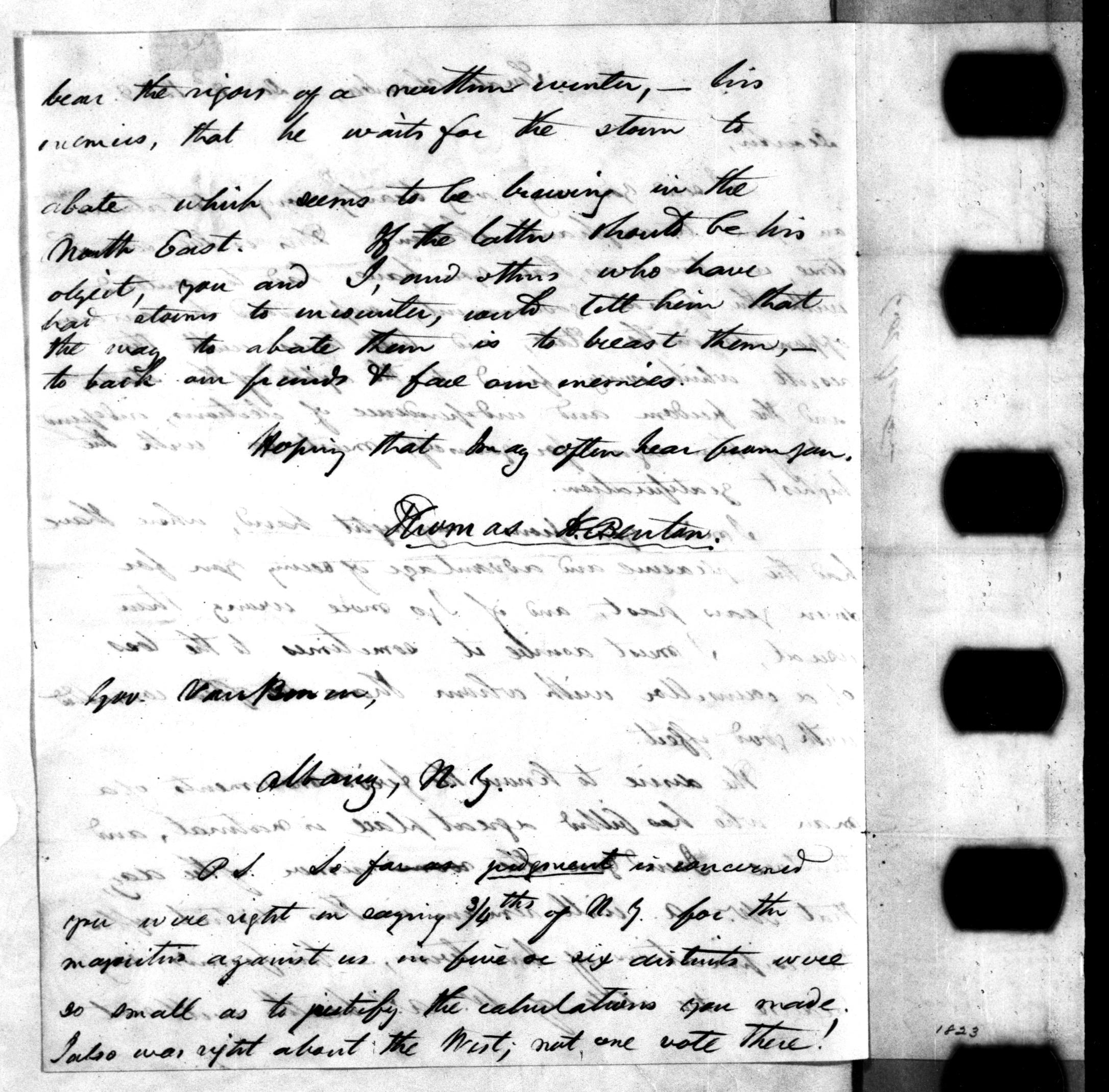 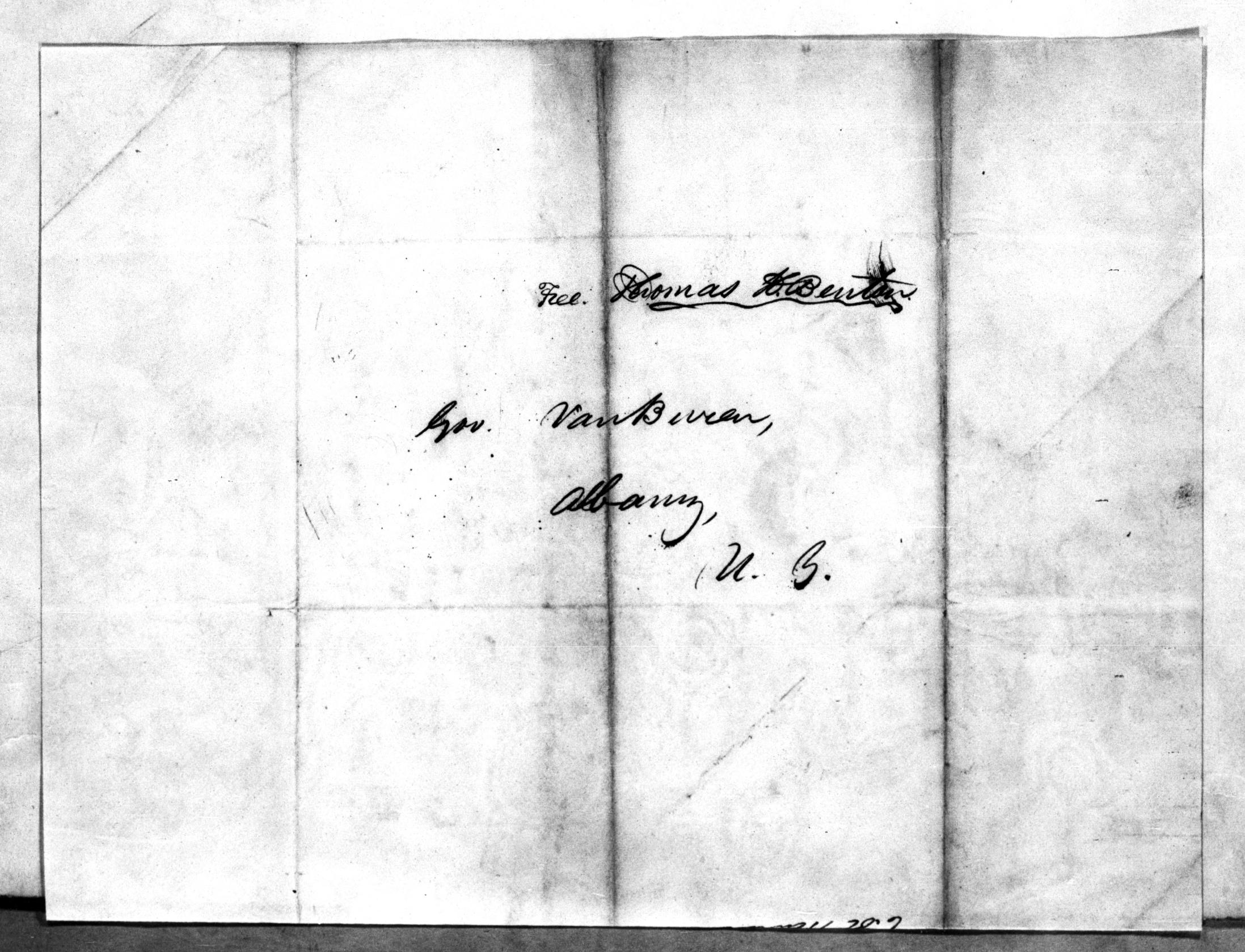