Genl Gaines has been here several weeks wishing to be secretary of war! It is desired to make Ingham Post Master Genl Mc Clean of Ohio (who is to be run hereafter for the vice Presidency) Secy. of the Treasury Hayne Secy of the Navy &c &c &c.

The negotiations are carried on with incessant activity. Jn, is wide awake. I have directed the printer here to send you a copy of his paper, containing an article which I prepared but which is published as Editorial. I had good reason for causing this article to be published. Calhoun has already commenced the campaign in Tennessee for the Presidency we are also ready. The former friends of Crawford ^here^ neither few in number nor weak in talents have an acct to settle with Mr Calhoun which must be settled.

Two years ago I opened a recruiting rendezvous in Ten for recruits to fight under yr standard. My success has been unparalleled of all which I will give you after you reach Wn. a full detail and where I may have the pleasure of a personal interview with you.

Jn. appears to be well but (entre nous) he is wearing away rapidly. W is strange but ^it^ is true as holy writ, that already Jn.s successor is as much spoken as Jn.s <illegible> late success. 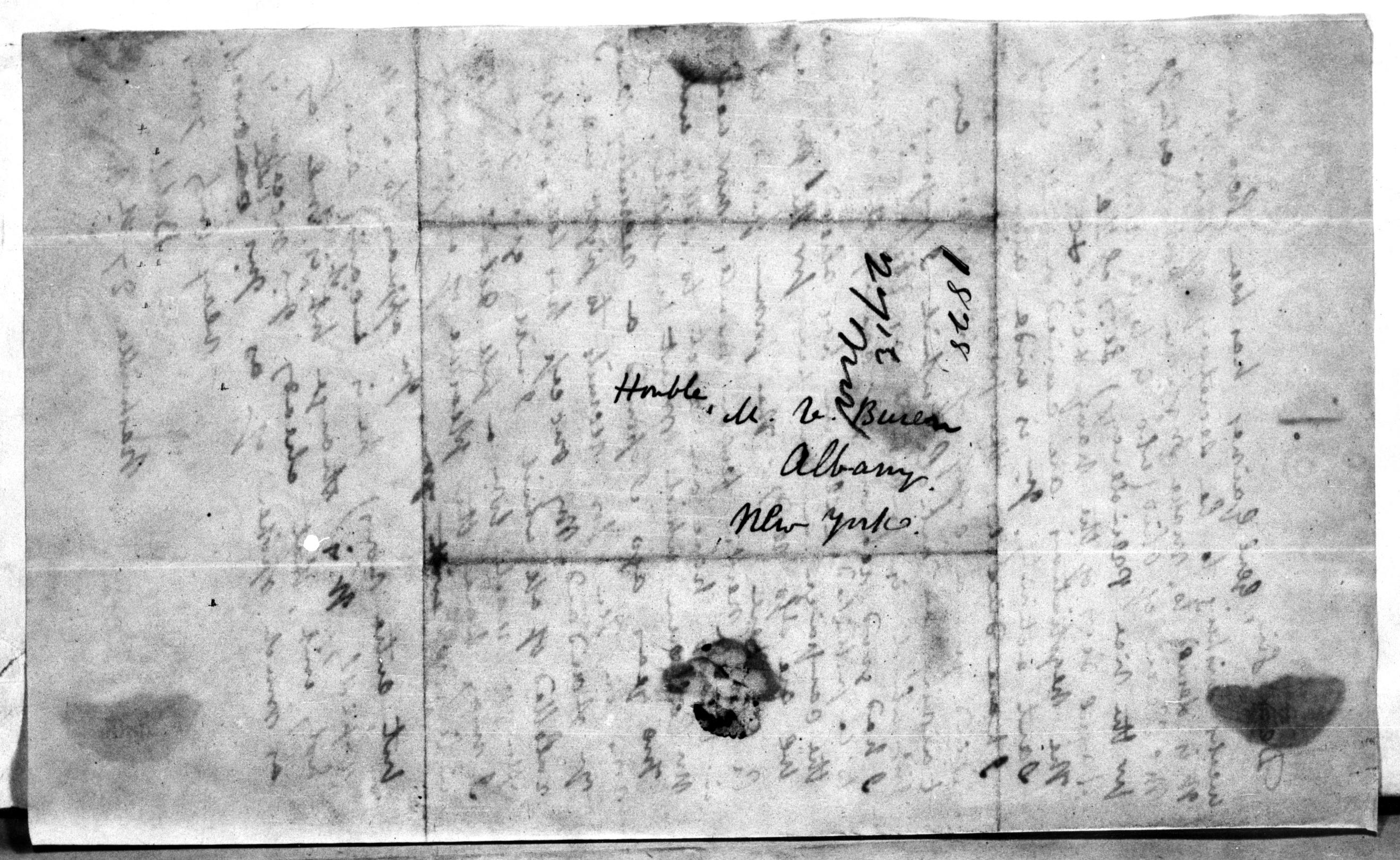