Our Majority in Tompkins & Tioga is 2400, so that that District is no longer doubtful. Wrights District giving two votes stands as follows Oswego for us 337, Lewis Ditto 157, St Lawrence said to be 350 for us. The account comes in various ways and is believed by our people. Wrights being there makes it probable. Jefferson 286 agt. us. Two Towns from Steuben (McGees District) are said to have given 400 for us. No further accounts from there. The Clinton District still remains in doubt & the Madison ^& Courtland^ is not absolutely lost nor Genesee. We have 28 members of the house of Rep. elected & four more to expect. The Governors majority may not be more than 30,000 and but may be 40,000, <illegible> probably 15000 or more. Tell them at the City Hotel that I will be there early on Wednesday morng. 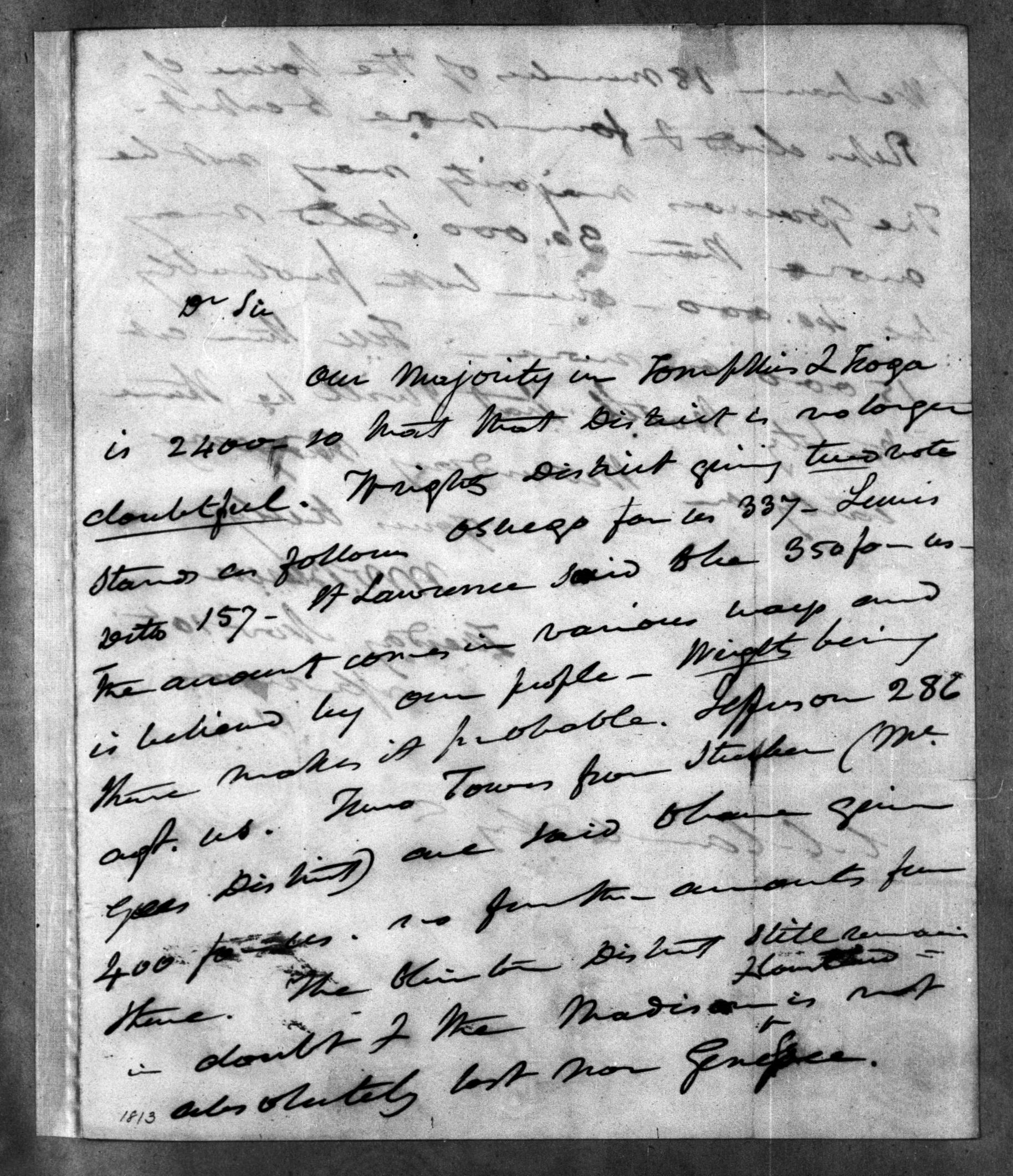 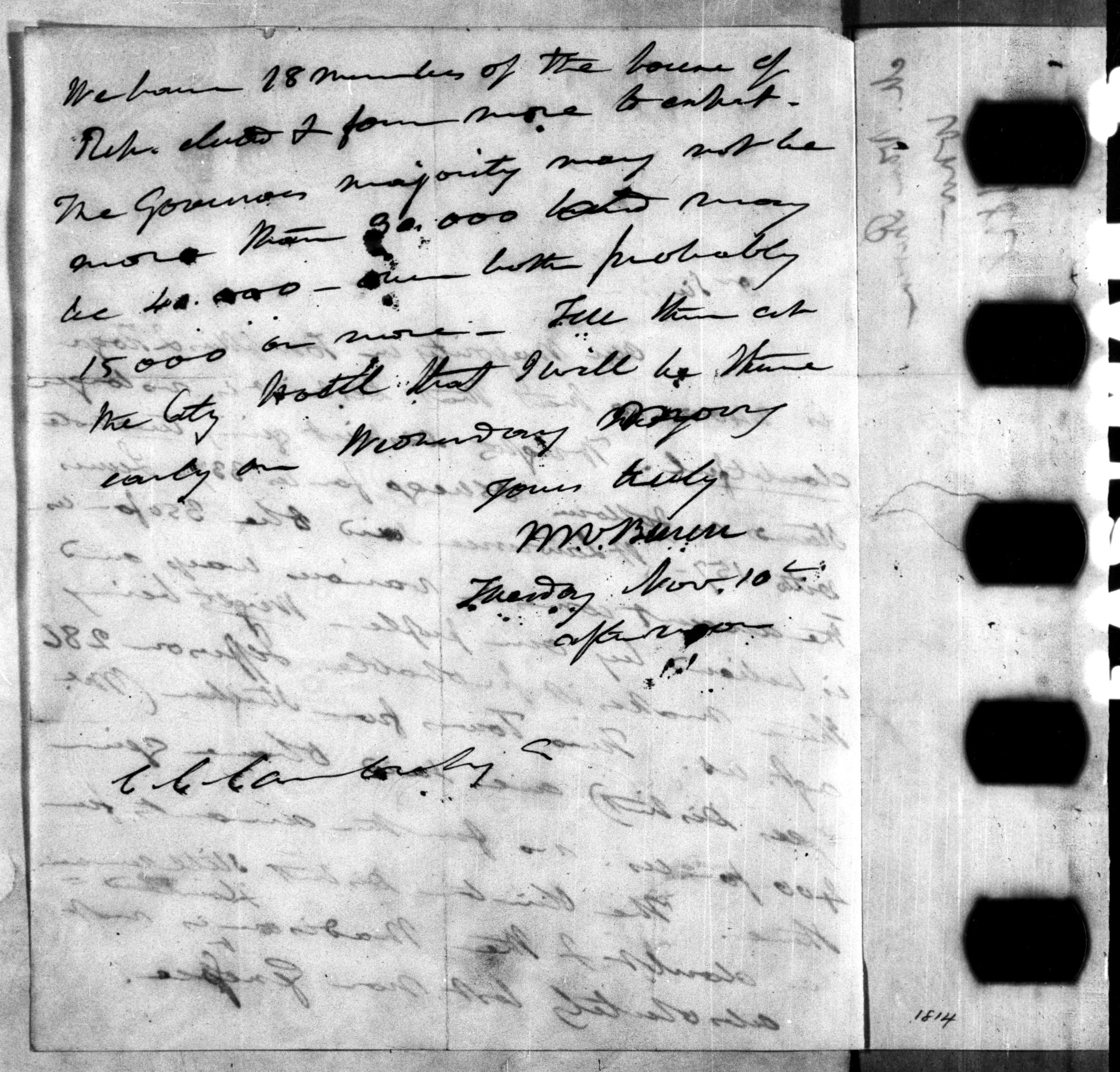 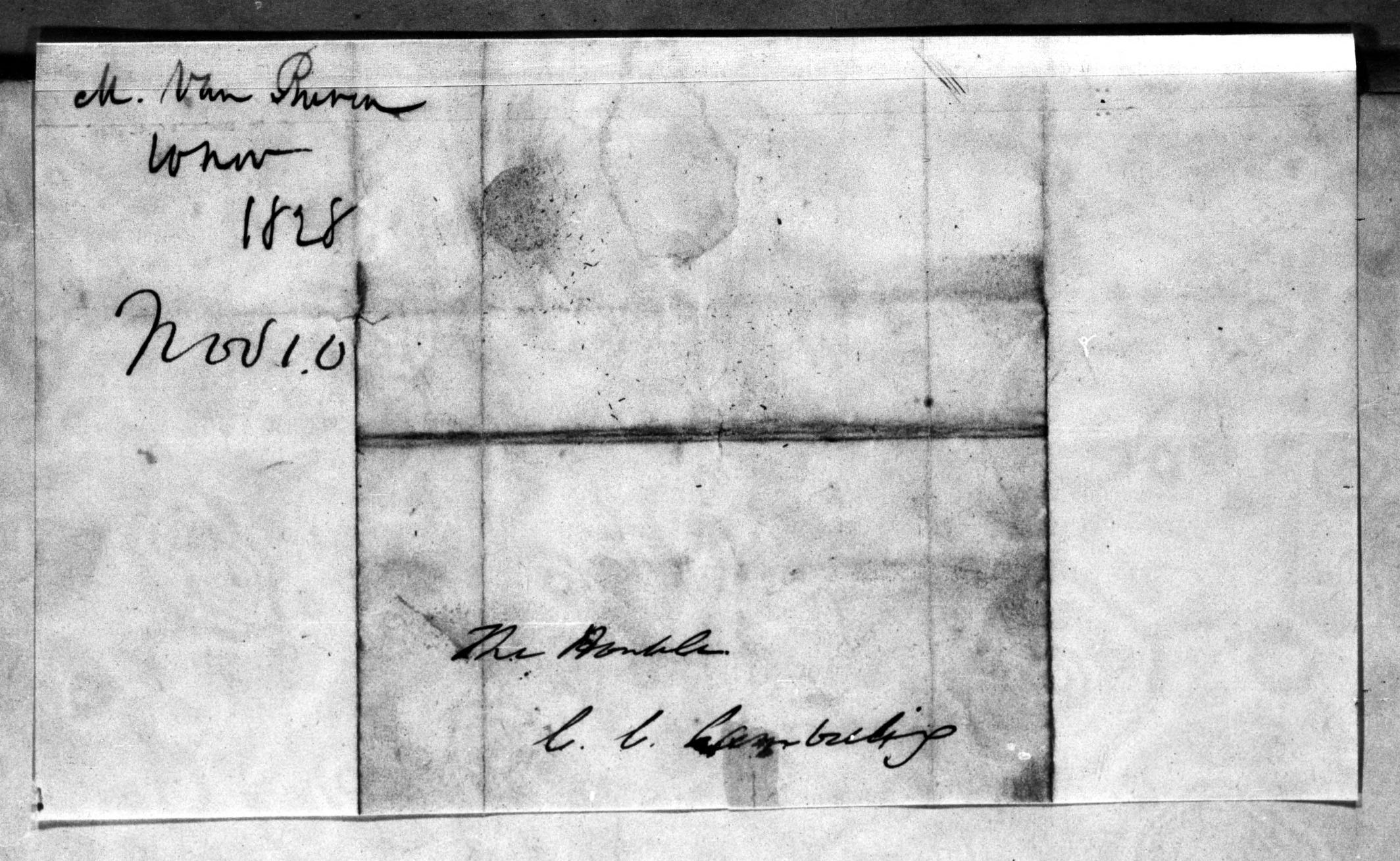