The Argus will give you all the accounts we have. The results have been uniformly success in Democratic Counties by large majorities & defeat in old Federal Counties by very small ones. The Manor influence here was exerted ^here^ to an extent unknown for the last 2<0> years, & it has secured a bare Majority in this County. In Columbia there will not be fifty difference but the result is agt. us. It seemed as if old 98 Federalism had risen from the dead. Men of that school who have not been seen at the polls for years & several whom we supposed dead for years were in the hottest of the fight. If a man who has had the Philistines upon him & has come out gloriously can condescend to do a small favour for one who is only Governor elect (as it is supposed) I will thank you to engage Room for me at the City Hotel if you can get them on at some other proper place & advise me of the fact to by return boat. I shall leave here on Tuesday. 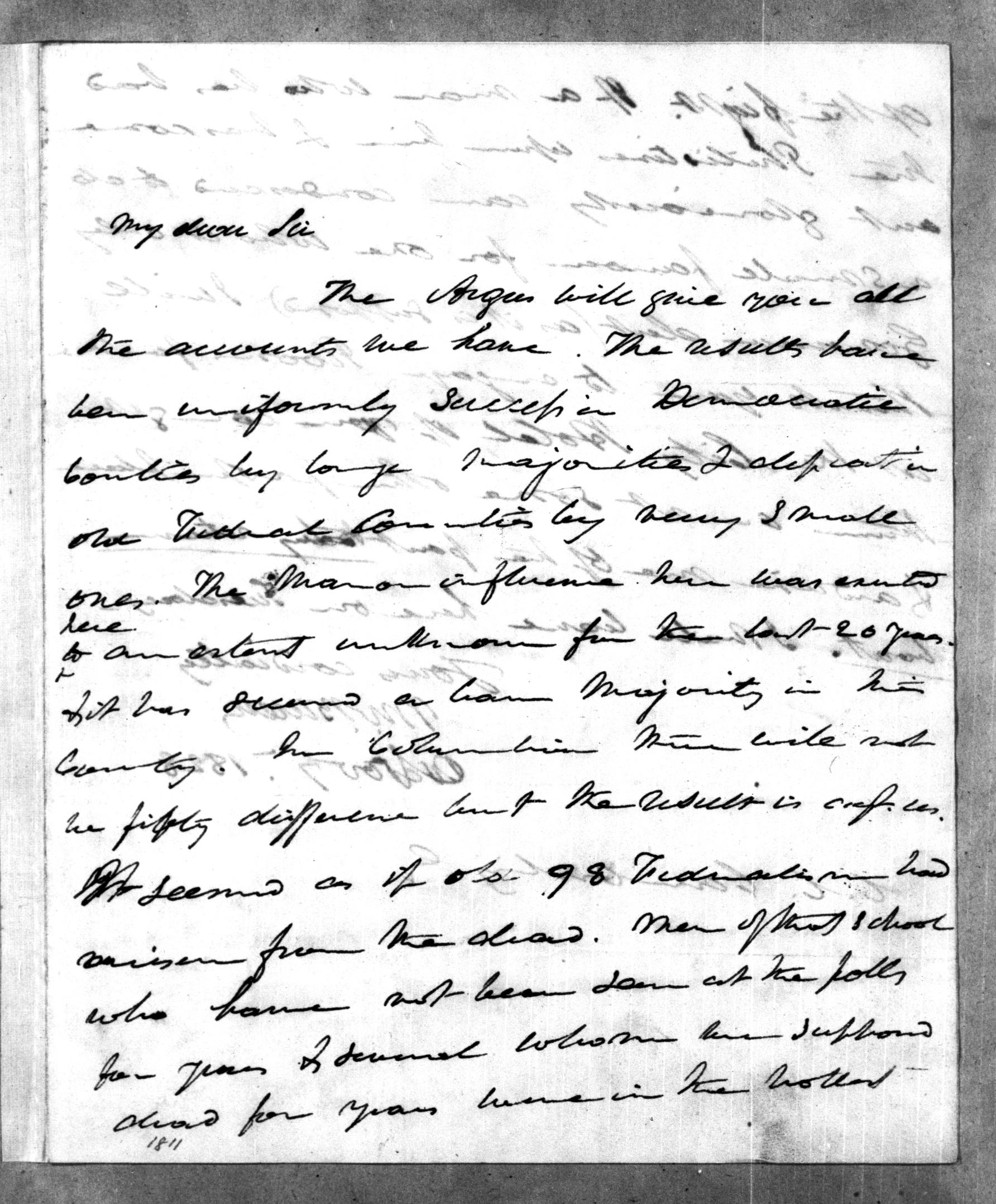 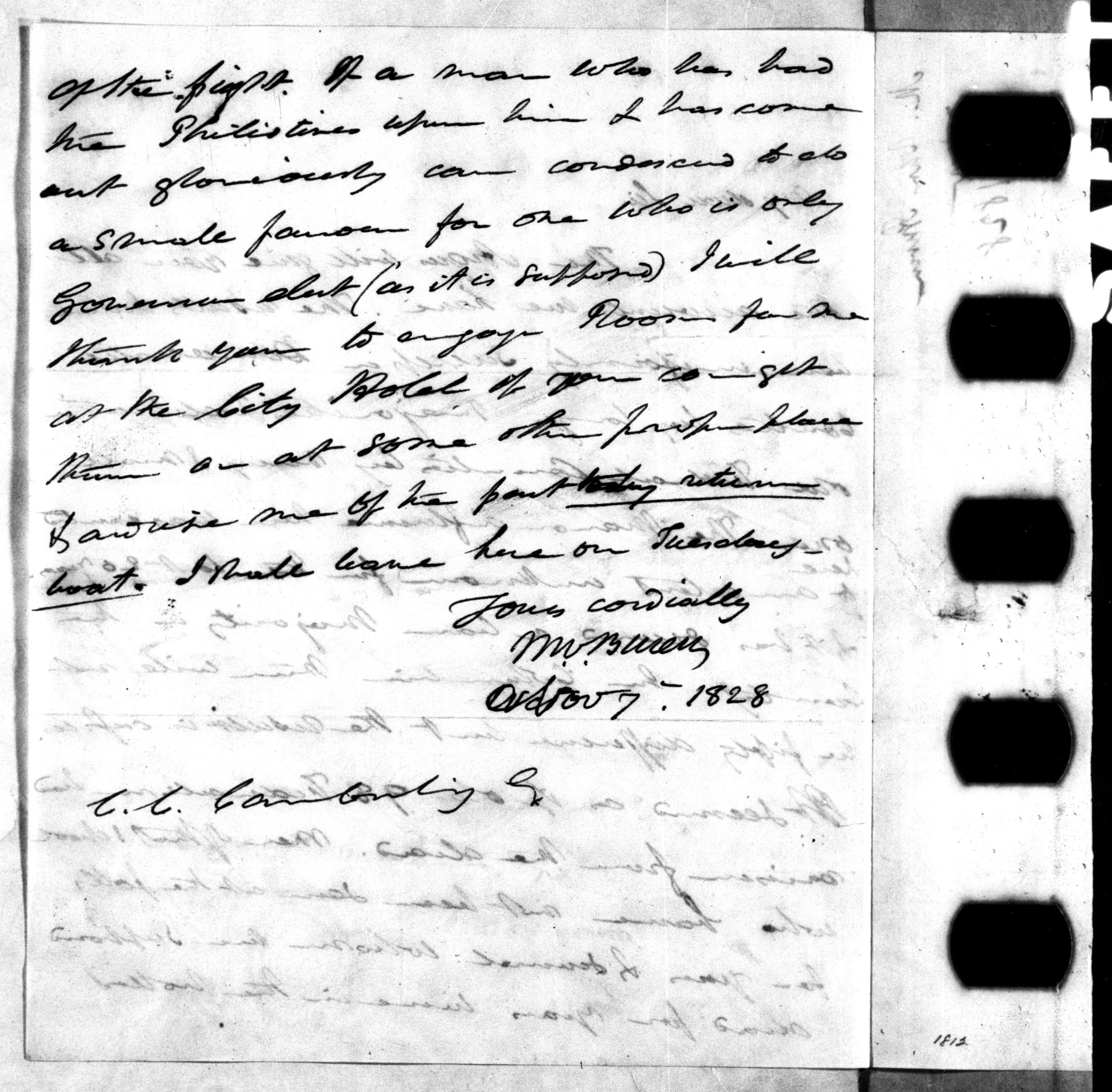 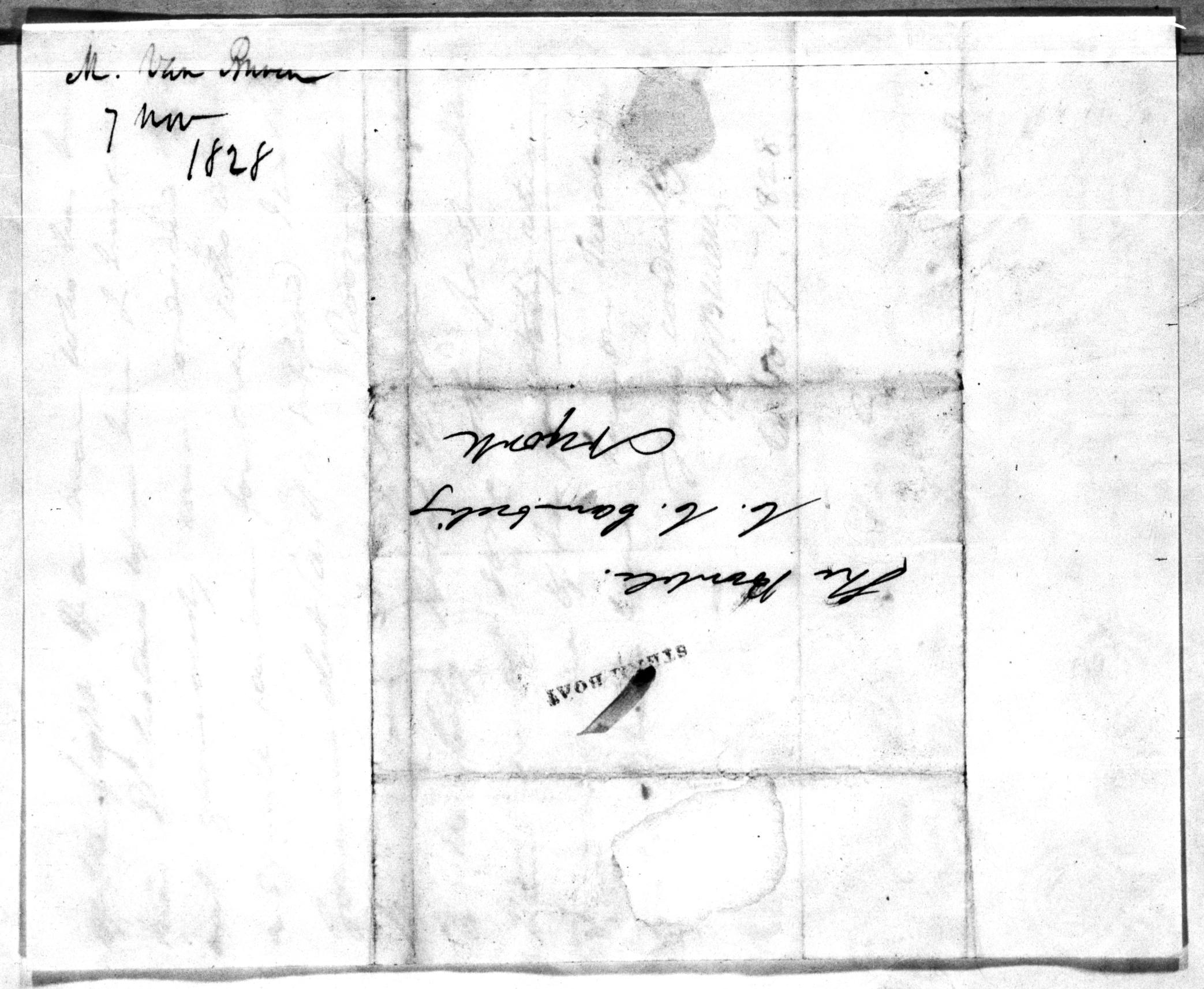