The State of Georgia cannot consistently with its feelings & character Vote for either Mr Calhoun or Mr Rush for vice President. I therefore ^have^ thought it right to bring forward a name which I hope is unobjectionable in every point of view. The Name of Nathaniel Macon is I presume above all exception. The nation by a kind of tacit consent has studiously avoided the discussion of the claims of individuals for the Vice President. I have approved of the course because I thought it improper to divert the attention of the public from the election of the President to a secondary object. The electors of the State of New York are I believe uncommitted by the State as to Vice President at least except as between Calhoun & Rush. If I were otherwise, I should think there would [be] no difficulty when the name of Mr Macon should be presented to them. I presume it will only be necessary to bring the name and claims of Mr Macon under the considera[tio]n of the electors to secure the suffrage for Mr Macon. You will I therefore hope my dear Sir bring his claims & name distinctly into view or cause it to be done in the most impressive manner.

Letters have been addressed to distinguished individuals in the states of the Union except New Hampshire Massachusetts Rhode Island Connecticutt & Vermont. To obtain the co-operation of those States. And I confedently hope that success will crown the effort. I think no apprehension need be entertained [that] Genl Jackson will bring Calhoun into the Cabinet if he should not be re elected Vice President, the very fact that he is rejected by the people will be sufficient to push him out of the Cabinet. I will myself cause representations to be made to Genl Jackson that will prevent his being taken into the Cabinet of Genl Jackson. I will thank you to inform me as early as possible the probable resalt of the electoral election in New York.

I am dear sir your friend & most obt servt 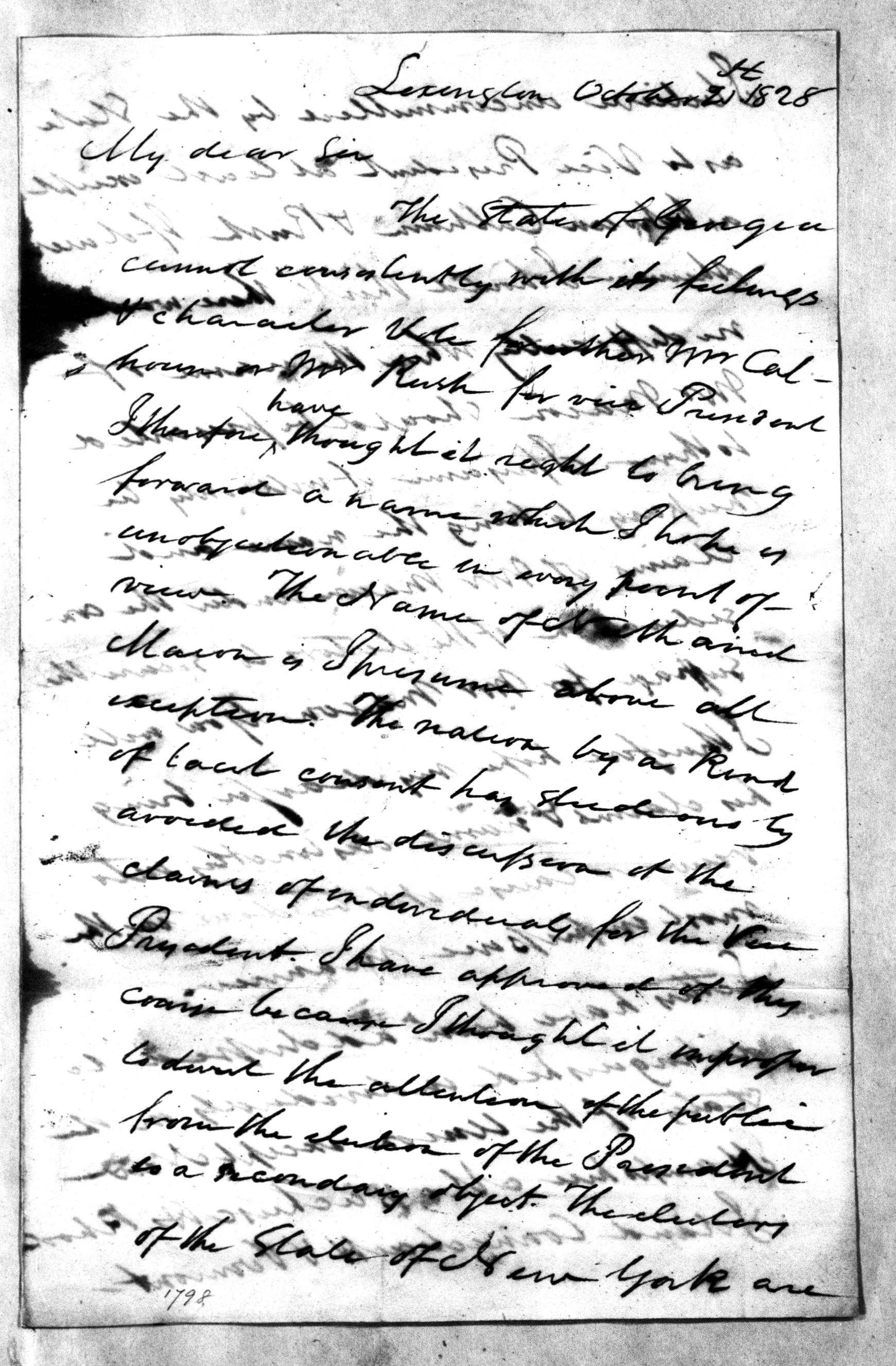 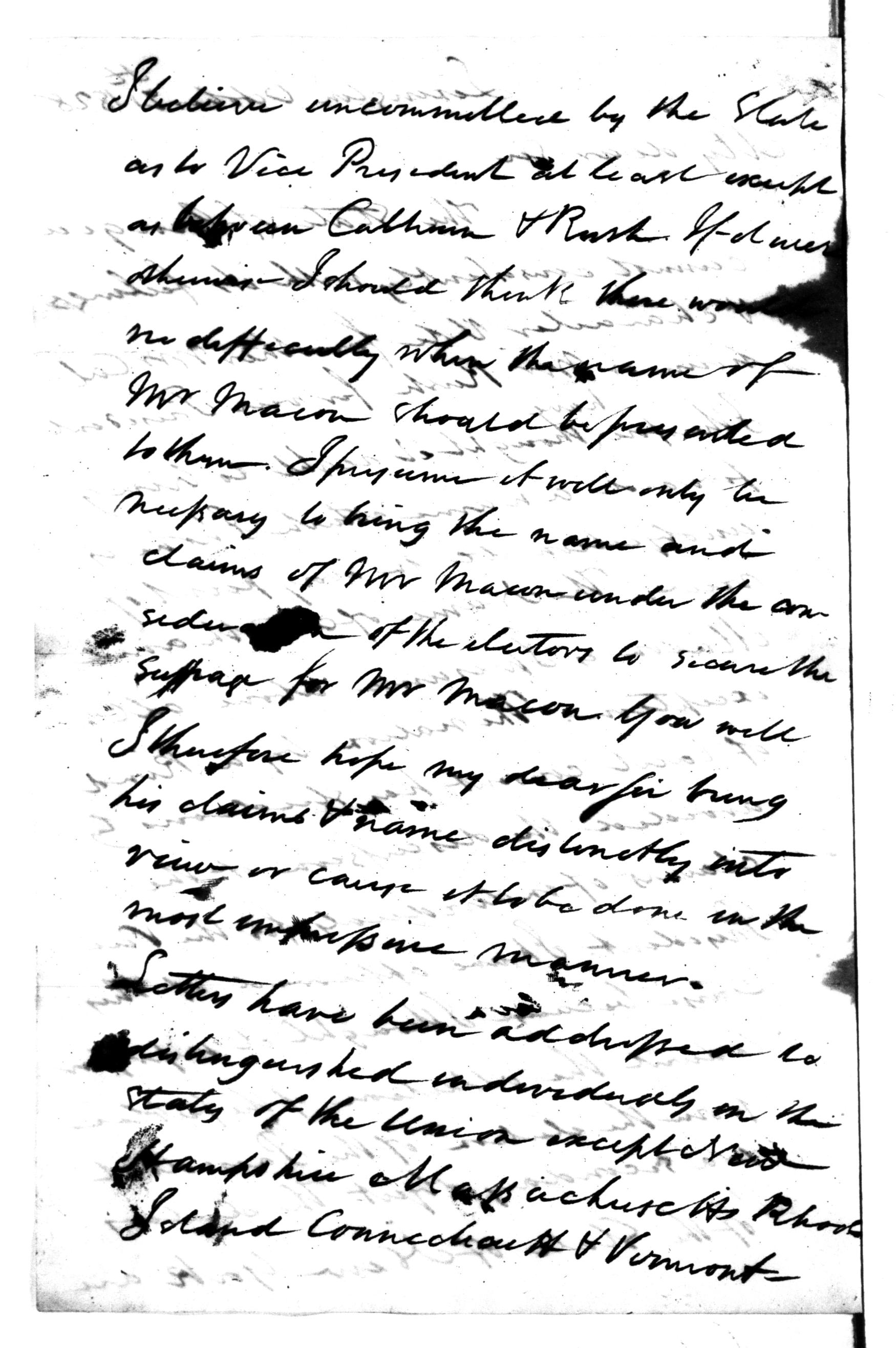 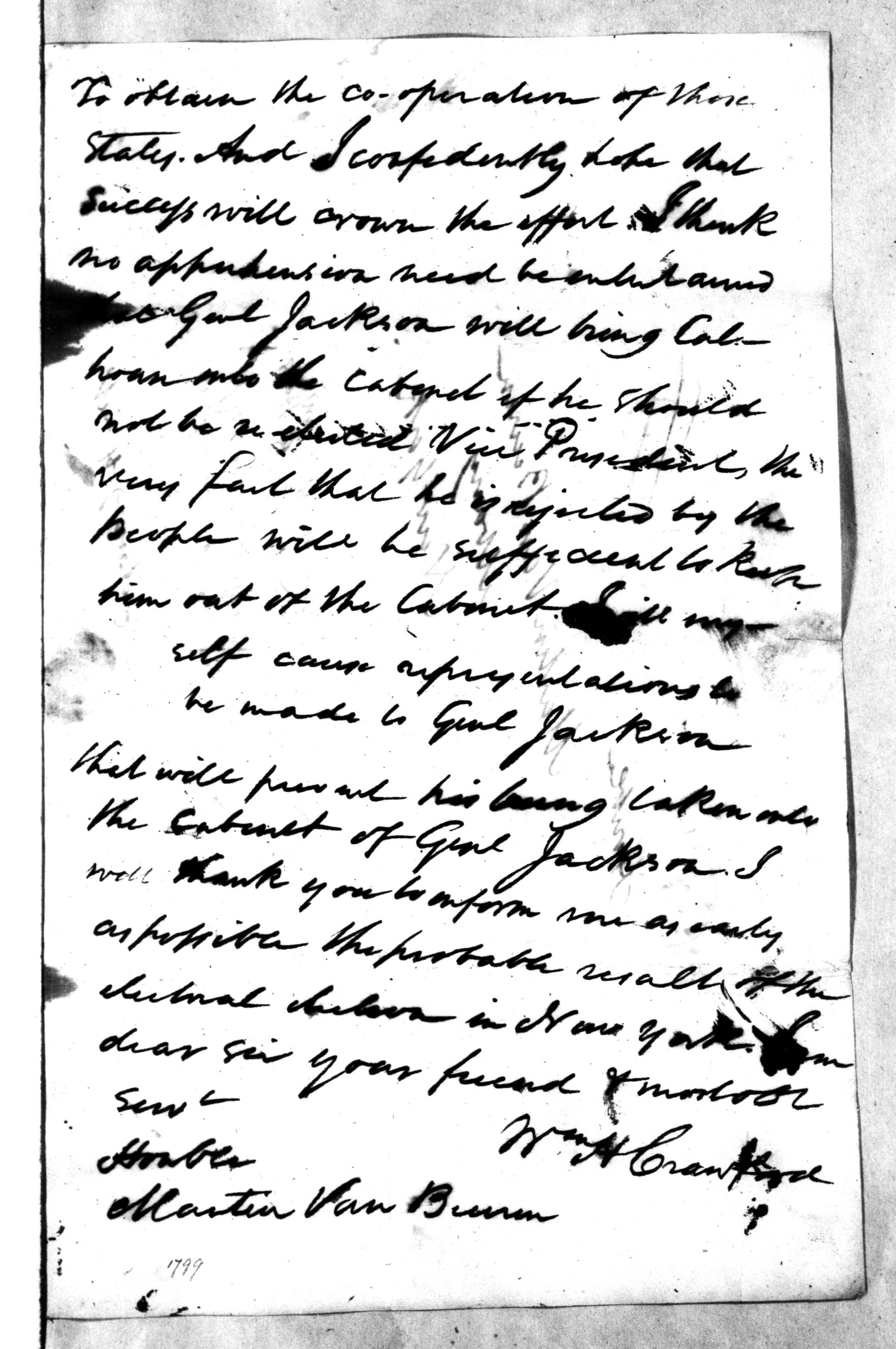 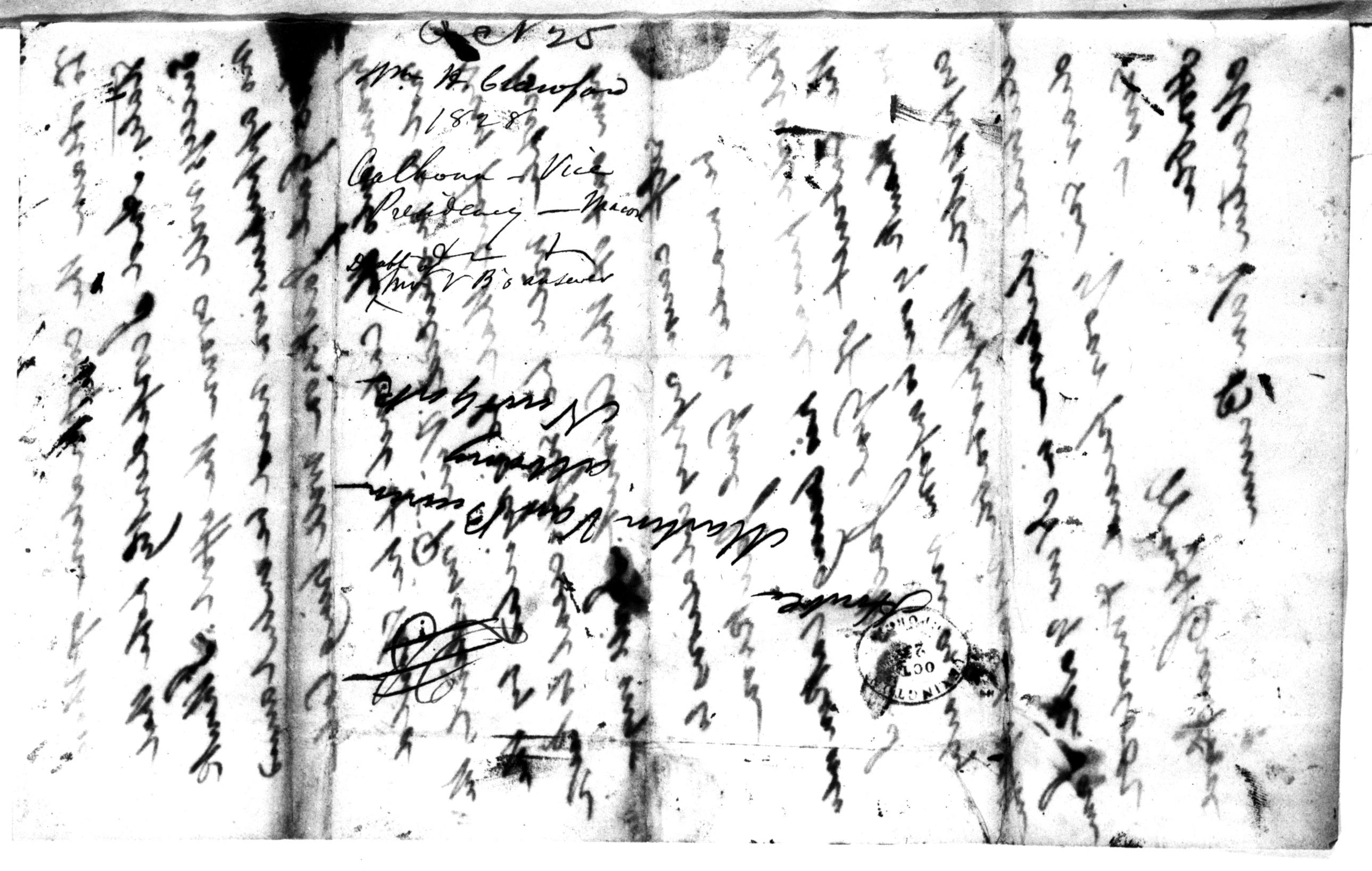