I have this moment read your note in relation to Genl Porters requests. I shall hereafter if it is deemed necessary make out a formal opinion upon the subject & will therefore content myself for the present with a brief sketch of my views in the matter. I am not satisfied by Genl Porters statement that the law in question is unconstitutional. I dissent from the opinion expressed by him that he is entitled to the larger salary after the expiration of the two years. The object of the act of 1821 was & its language is sufficient to effect it, to prohibit thereafter any further or other allowance than that which was provided by it & the only consequence of the continuance of the Commission beyond the two years & the Omission to extend the act can be that for the <residue> of the term the Commissioner is left to his application to Congress for further allowance. Much stress is laid by Genl Porter on the situation of Gov Van Ness, his acts & those of the government in regard to his claims. I would therefore suggest the propriety if its being stated by Mr <Anderson> in the letter to Genl Porter in which he communicates the opinion of the President, that Mr Van Ness was informed that this was not a case of that character in which the government could with propriety be asked to agree to an amicable suit, and that he had consented to waive his claims & have his account settled according to the law of 1821 & that unless Genl Porter consents to the same course the government must adopt such measures as are within its power to effect that result. 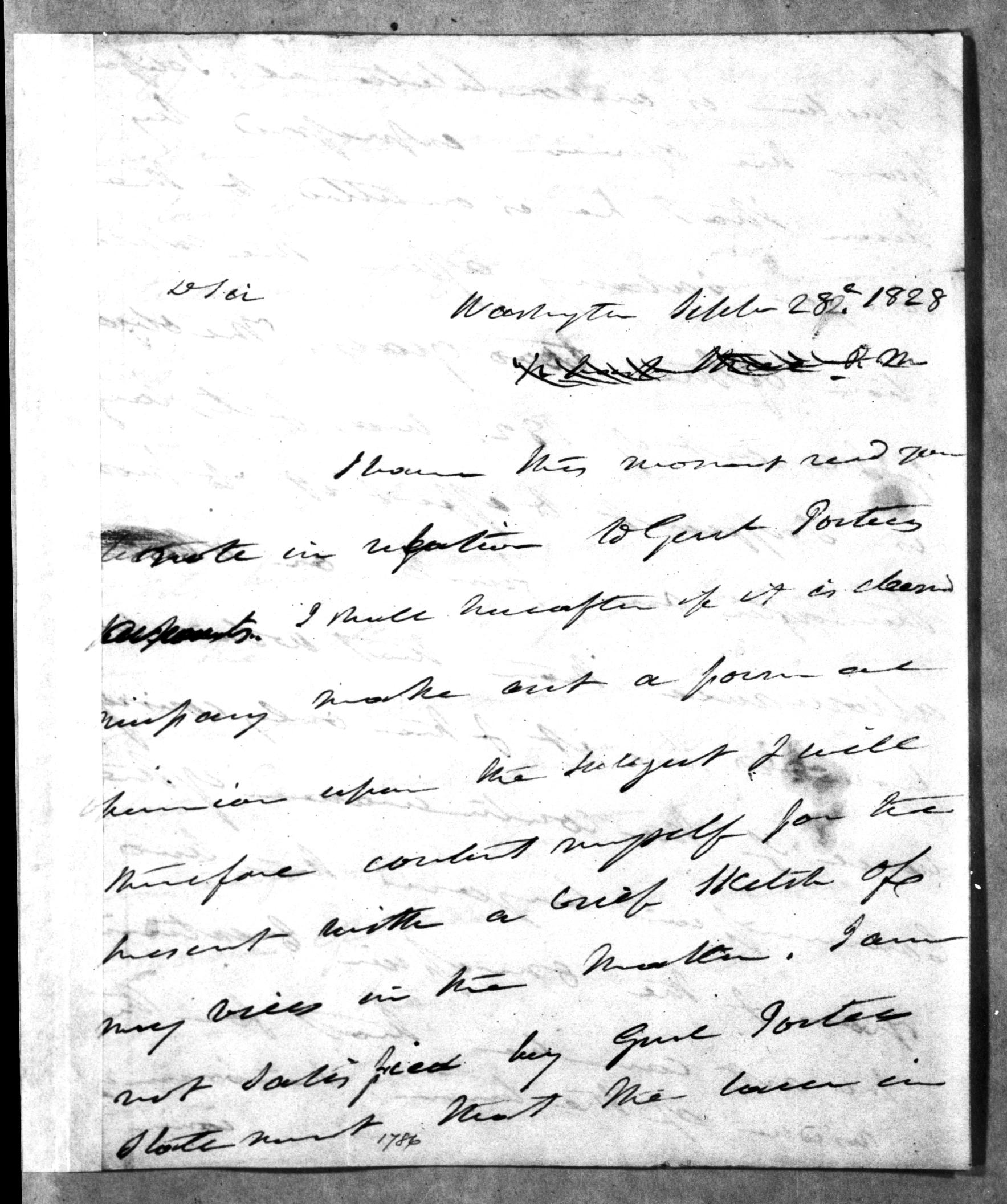 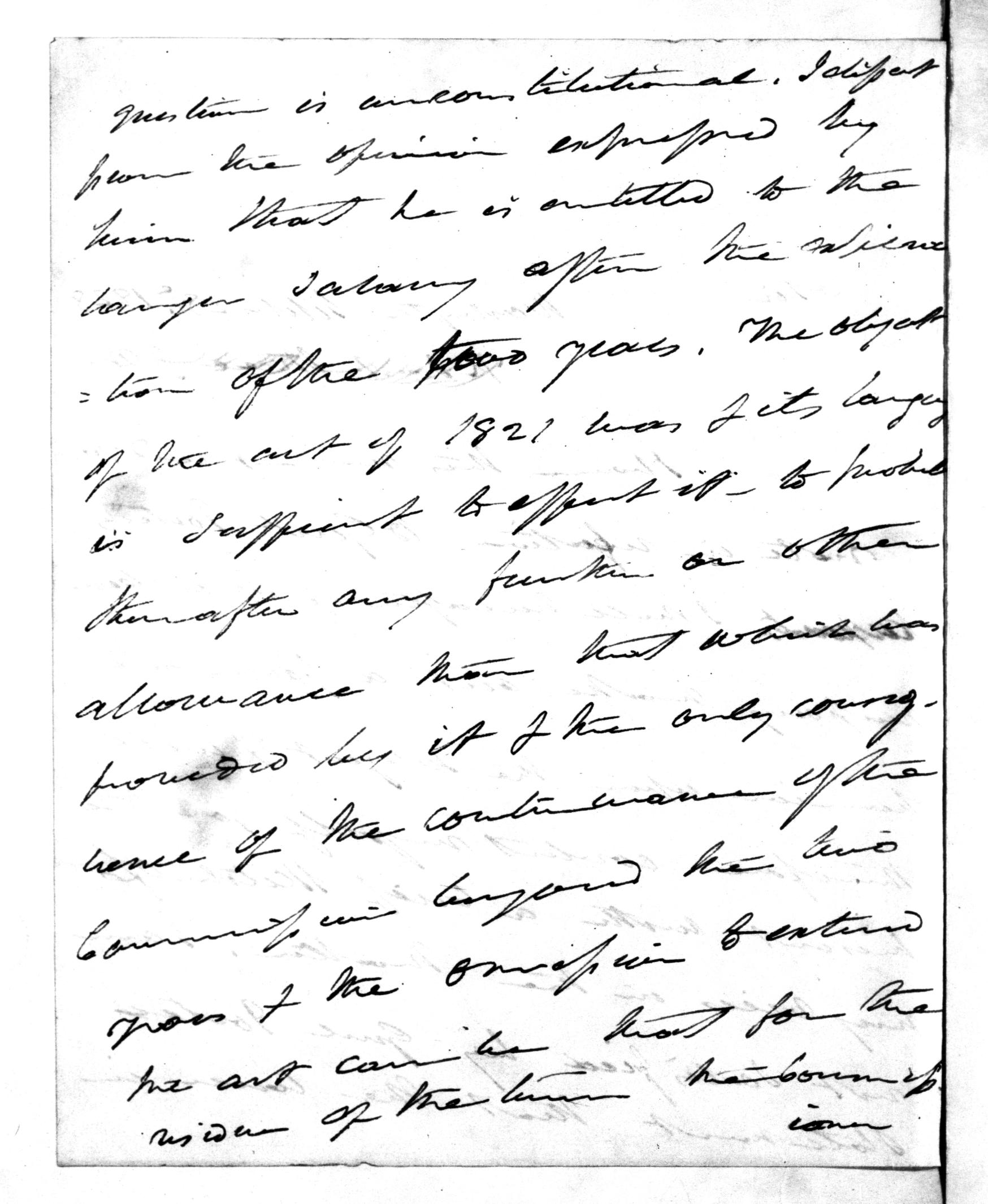 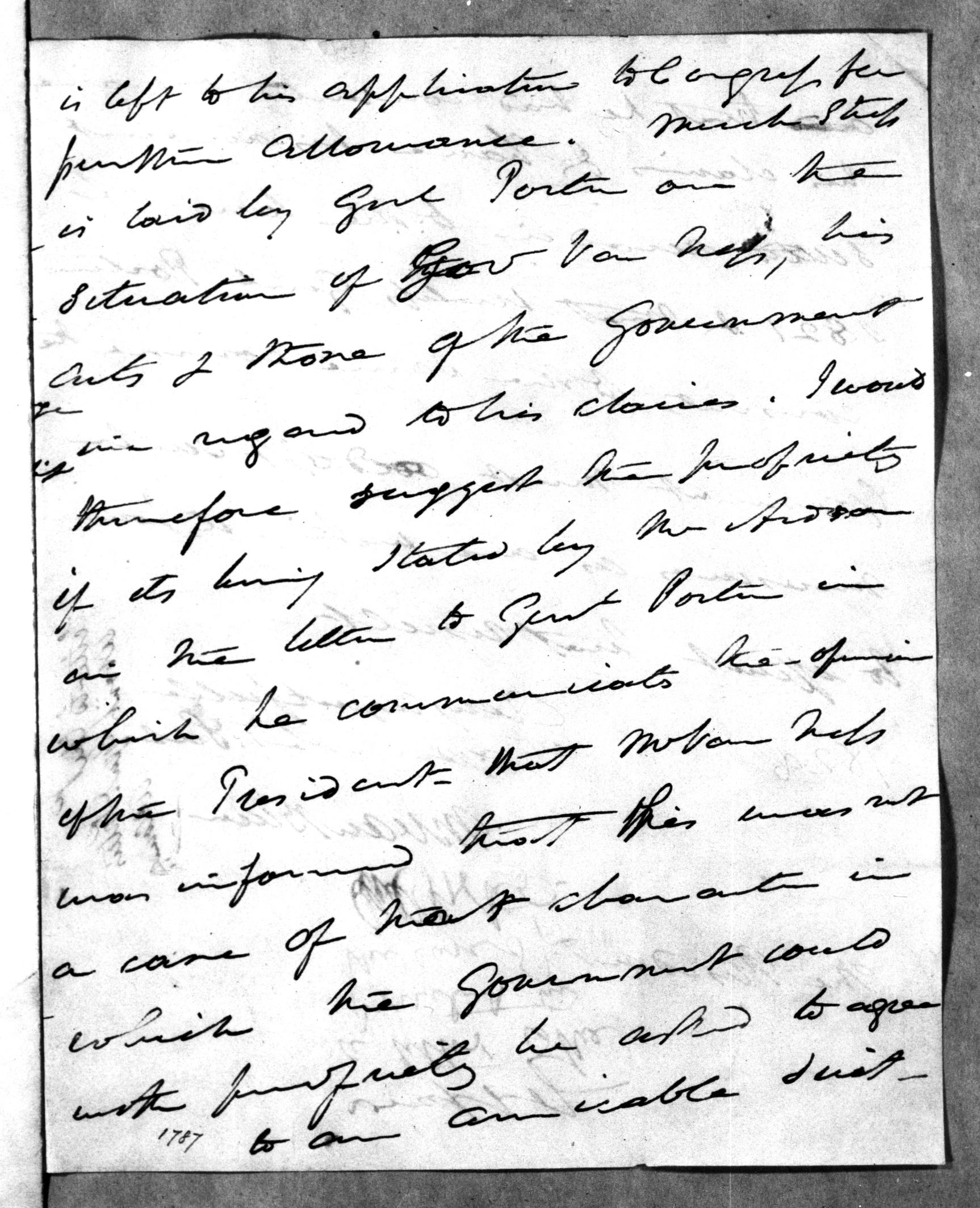 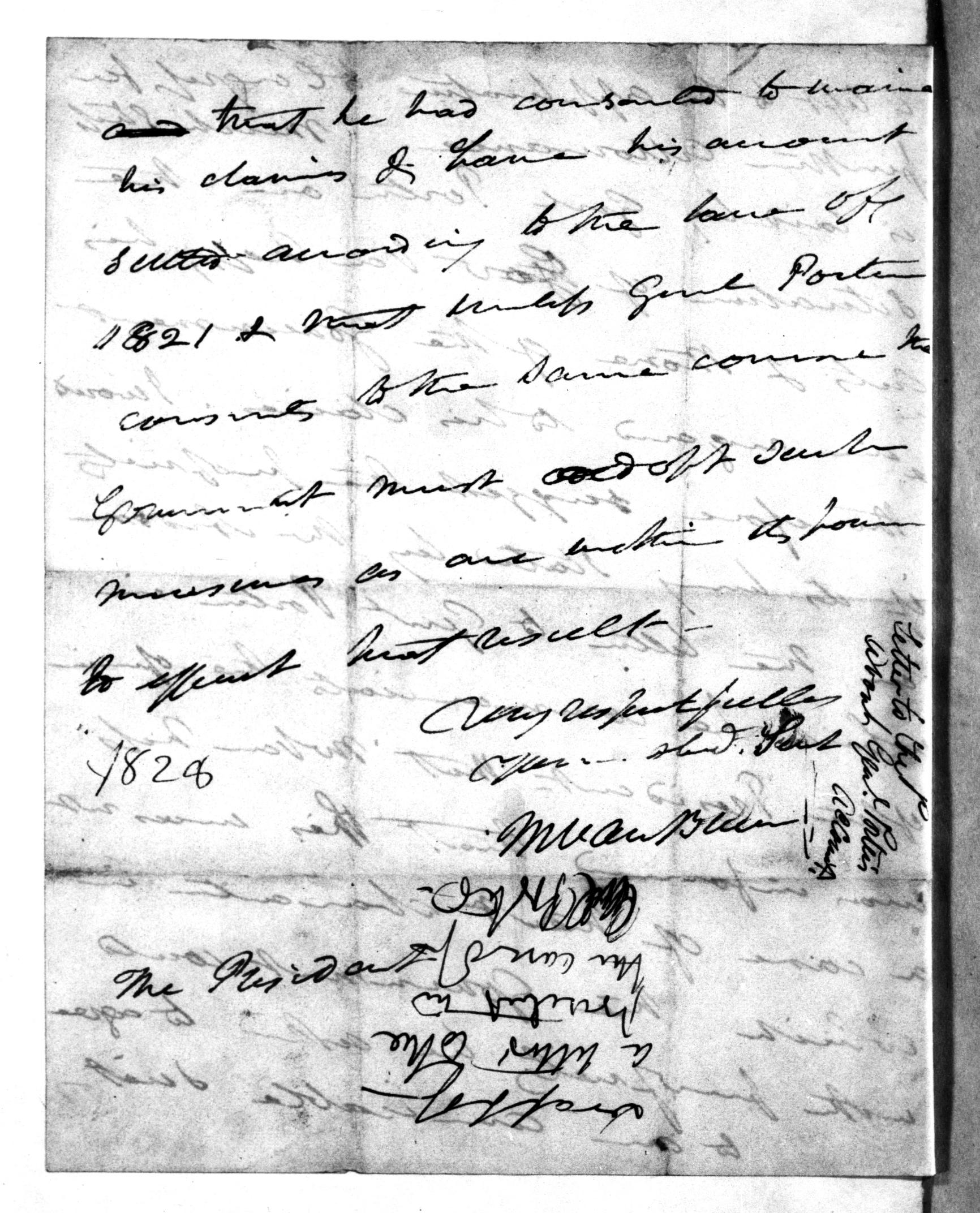