I have rcd your favor it gives a more flattering prospect of the vote of N. York than we had expected. You have <pressured> your old Democratic Nucleus which is the foundation of political strength in your state and ours. We have 9/10th of all our old Republicans with an immense increase from the floating masses, our majority will be very great. The Ebonies here have complimented me by paying very great attention to my District for the last 18 months, a paper wholly supported by resources from abroad has been in operation <illegible> one year; The elections will soon inform them of the great value of this feud. Mlane of Del. is engaged heart & soul in stump speaking: all depends on <support> for the Electoral ticket and it gave Johns about 400 majority! I have seen Dr Canby the Jackson candidate for Govr of Indiana, he says the state is certain for the hero, & that Govr Ray is decidedly of the same opinion. Canby was nominated but 4 weeks before the elections and ran without <concert> I have been somewhat in N. Jersey, and friends there are very sanguine and see the signs I have seen are much in favor. Wall is <res>ting freely upon a majority. Col Stone of the Commercial whom I met at Catskill claims only a majority ^in N Y^ & none of them that I saw claimed more; since my return I have been in Philad where I learned that a person from N. York had been for some days offering at the public houses to bet $10,000 on a majority in N York for Adams, an acquaintaince of mine a Mr. Huber met with him and proposed to find a person to take the bet, he gave him half an hour, and agreed upon a forfeit of 2 bottles of wine for the delinquent. In a few minutes Huber brot in a Mr Gibbs with the money in his hand, the banterer still blushed for a short time but finding no other escape called in the wine, and before it was finished frankly confessed to Huber and Gibbs that he made ^the banter^ for effect only.

I take it for granted that you will be nominated & of course elected chief magistrate of N. York, I trust however that it will not long deprive the nation of your service;

Our Southern friend have done us no service since the adjournment, The Tariff [. . .] much more fatal enemies in the nor[th] than all that can be done by [. . .] opposition of the whole South: and [. . .] that we have pushed it too far.

My general health is quite restored but my strength is yet very deficient. Will you have the goodness to drop me a line as soon as you can give any news after the Election, I will do the same in the mean time very respectfully 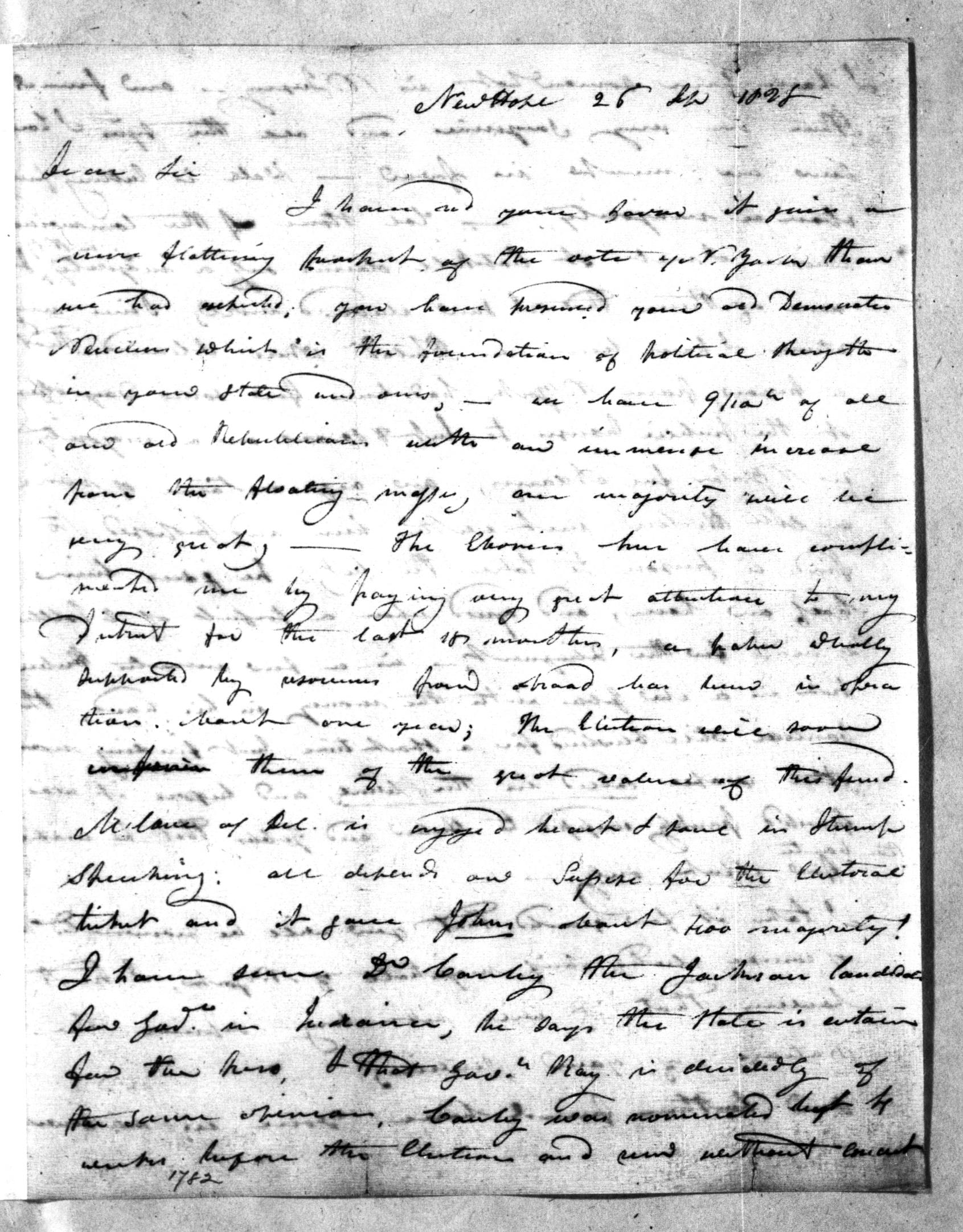 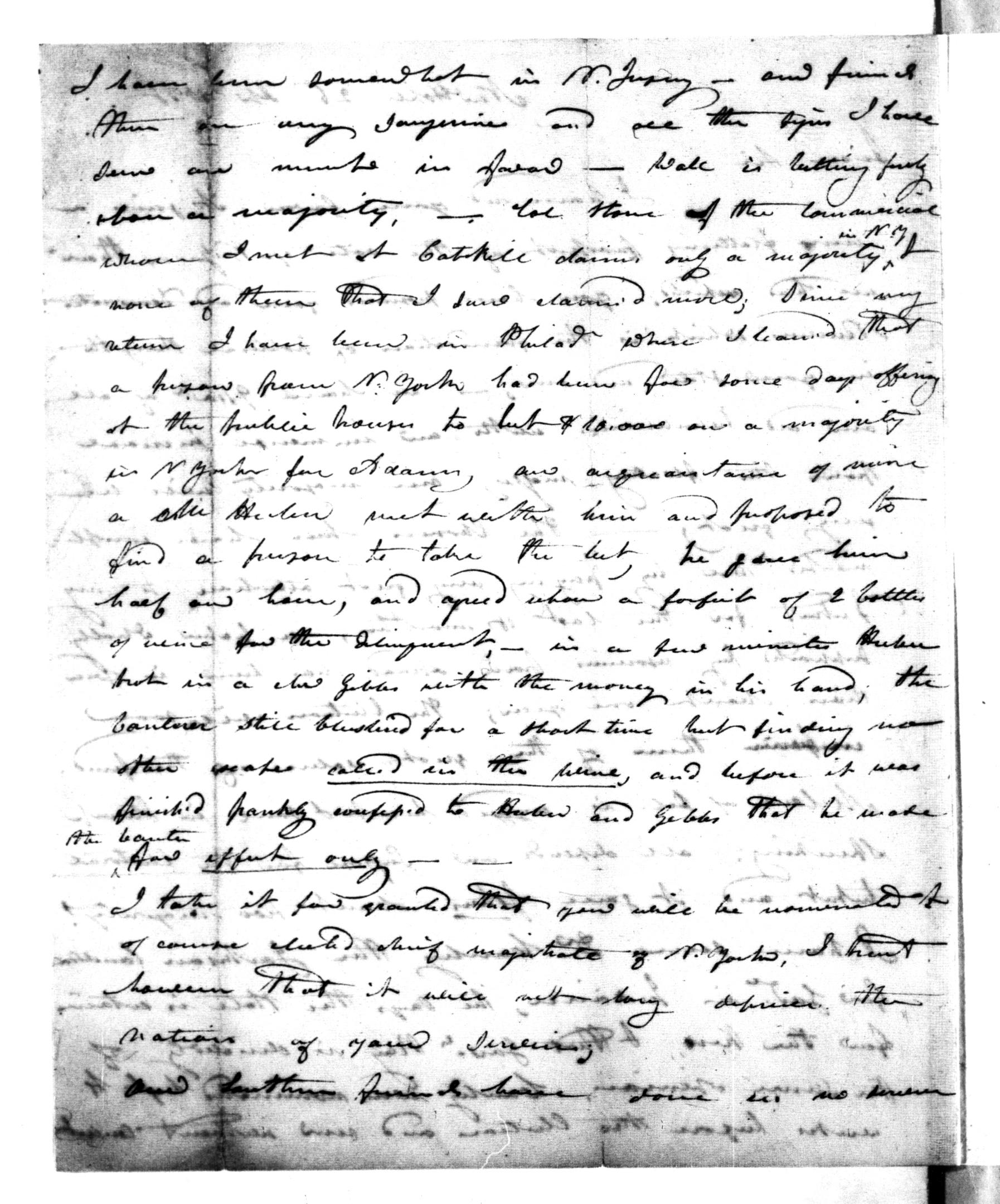 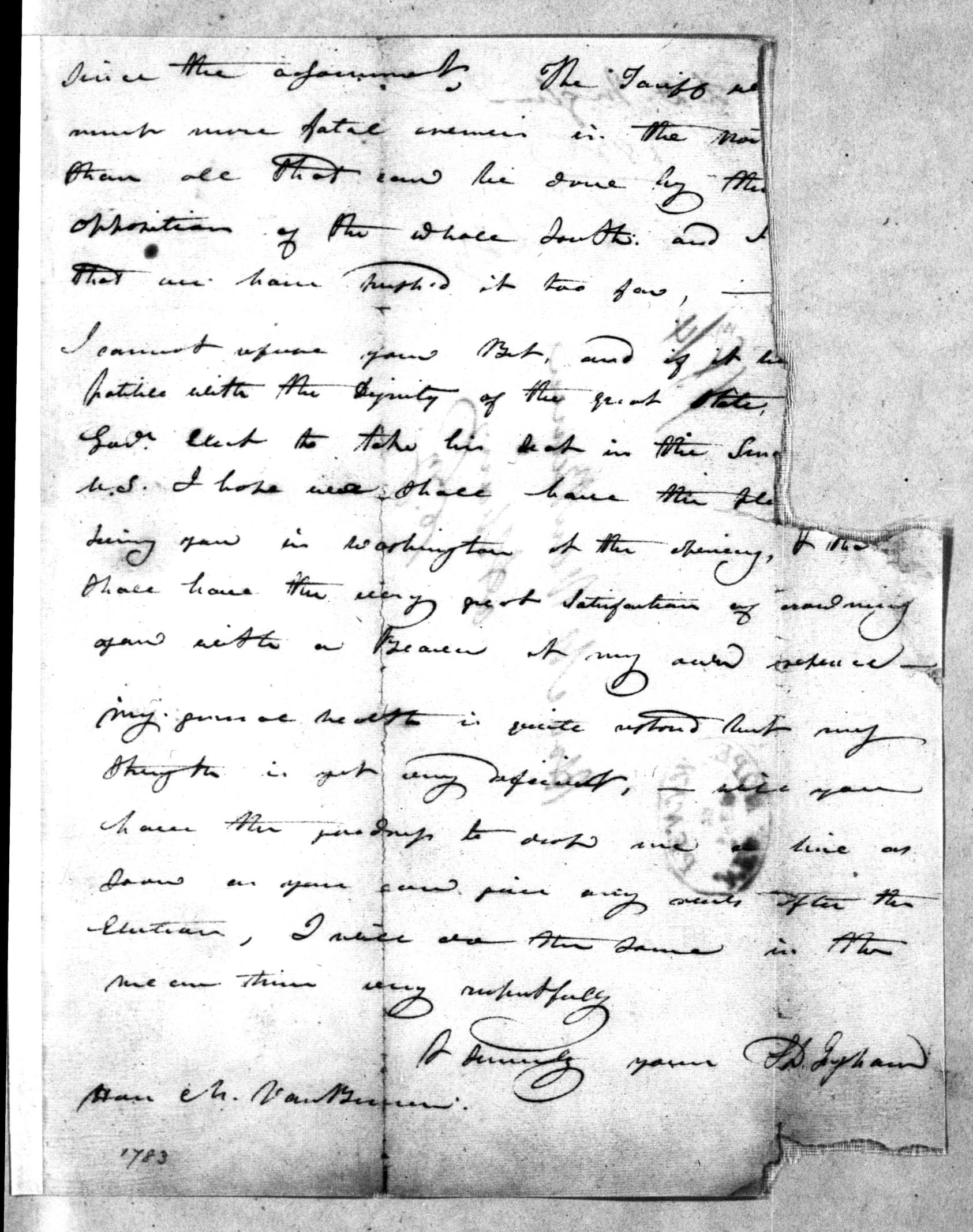 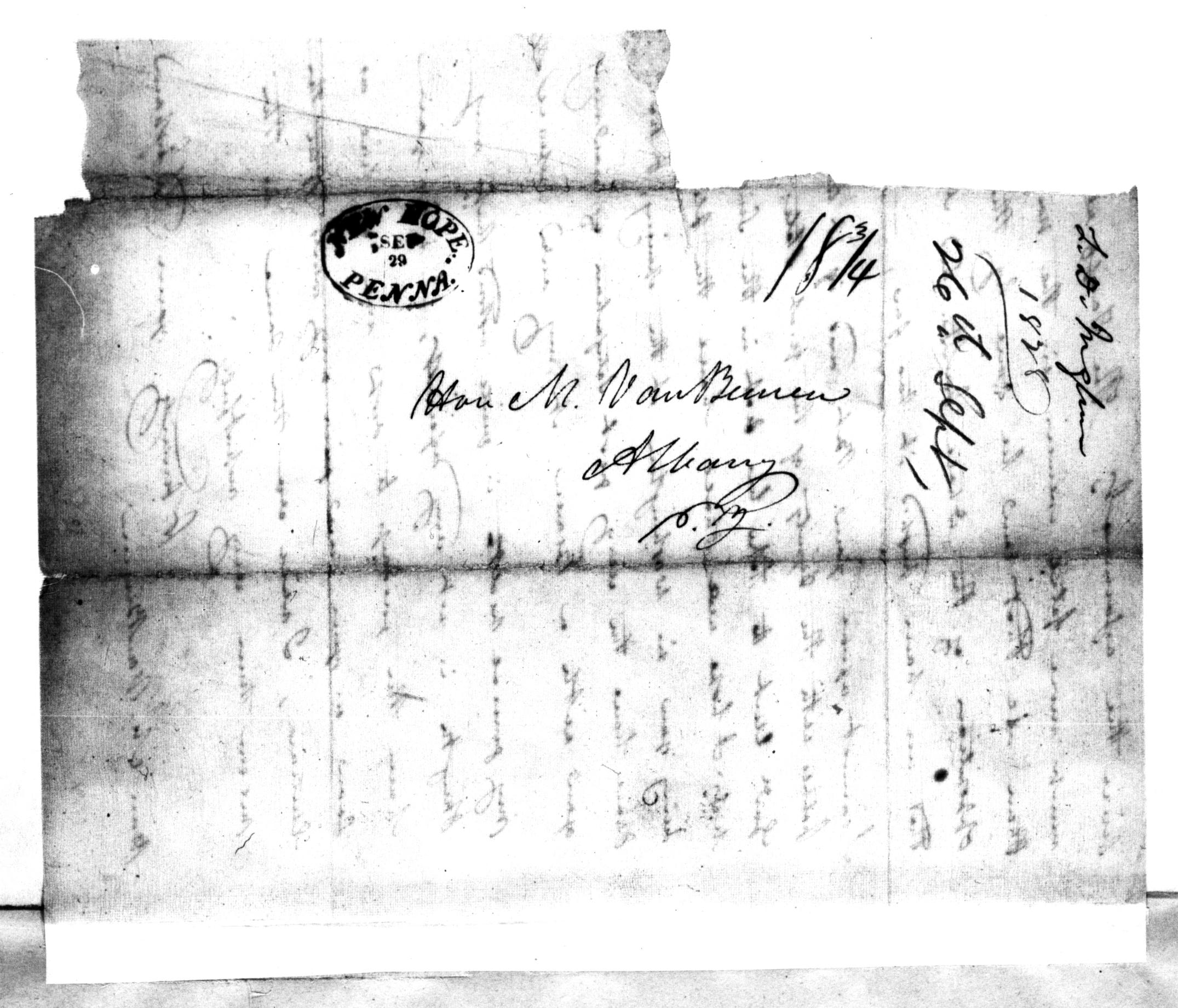