I have rc,d yours of the 14th current this morning I have seen with surprise, that you were charged in the administration prints with having intimated in some letter to Kentucky that if necessary the Electoral Law of your state could & would be changed if necessary to secure the whole state of N. york for Kentucky. Genl. Jackson. I received a letter from you on the subject of the Presidential Election, & in it you made no allusion whatever to that Law. Your letter did not contain as many lines as I have now written. The only sentiment it contained was the expression of an opinion on your part that 3/4 of the votes of N. york would be given to Genl. Jackson. You made no allusion directly or indirectly to the Electoral Law of your state.

My surprise at the charge upon ^you^ was the greater, on account of ^a^ conversation I had with you during the session of the Last Congress, on the very subject of your Electoral law, after the state of Kentucky had changed from the dist system to a general ticket. You expressed yourself decidedly, that you did not think that any attempt would or ought to be made ^in N. york^ to change the district system as then existing, & that at all events you did hope that no man who was attached to the cause of Genl. Jackson would be induced to move for a change & if moved, that it would be promptly refused by the party. No person could draw any inference contrary to this sentiment from your letter to me. I frequently mentioned to my friends in conversation that you did believe that 3/4 of N.y. would be given to Genl. Jackson & this was the whole of the information which your letter contained. It is my opinion that the election in Kentucky will be a Close one in Nov. but it is my opinion that the Jackson ticket will succeed. It is possible we may be disappointed, but if life depended on it, I should be obliged to risque it on the cause of Jackson.

(With sentiments of respect & esteem your friend 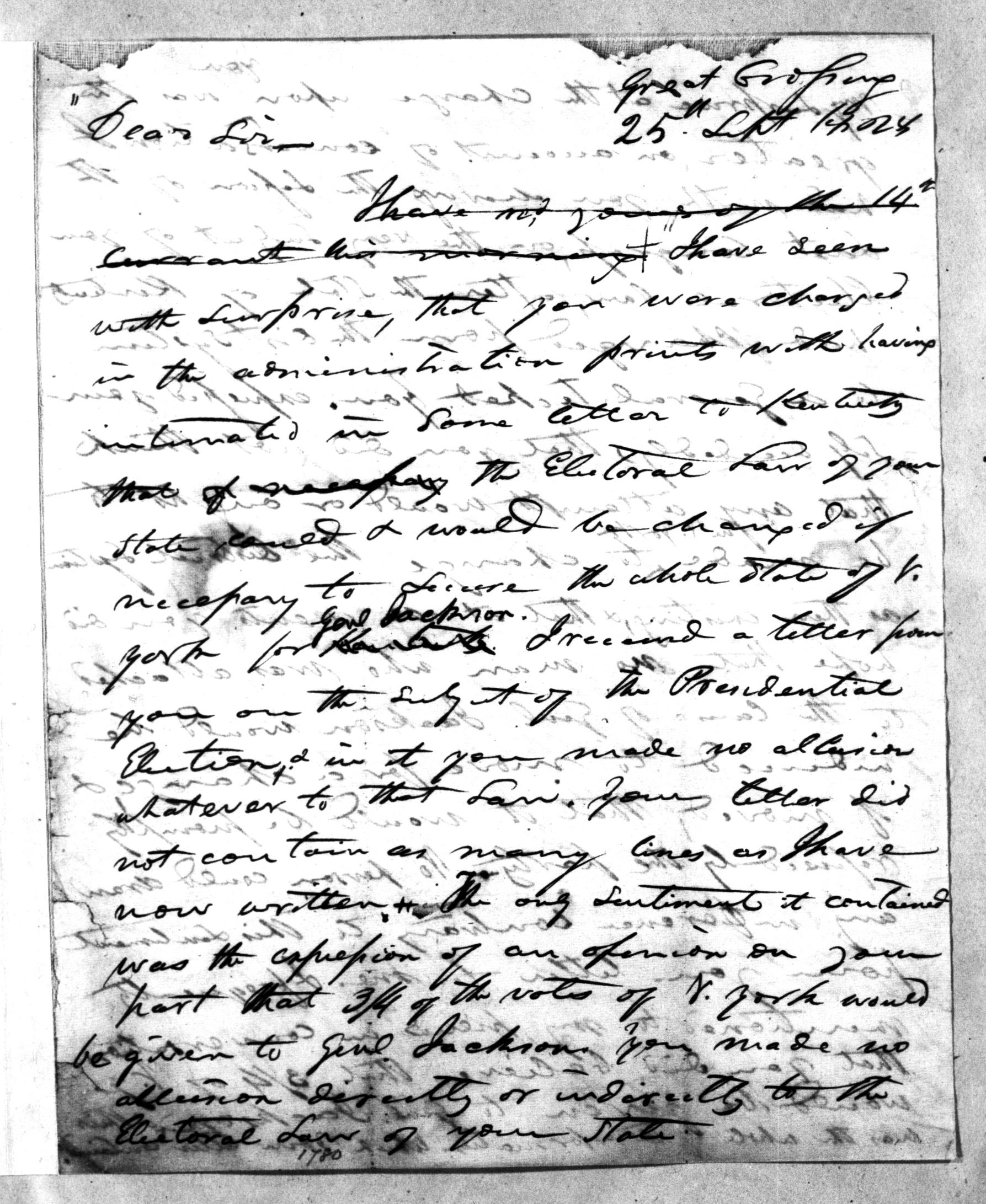 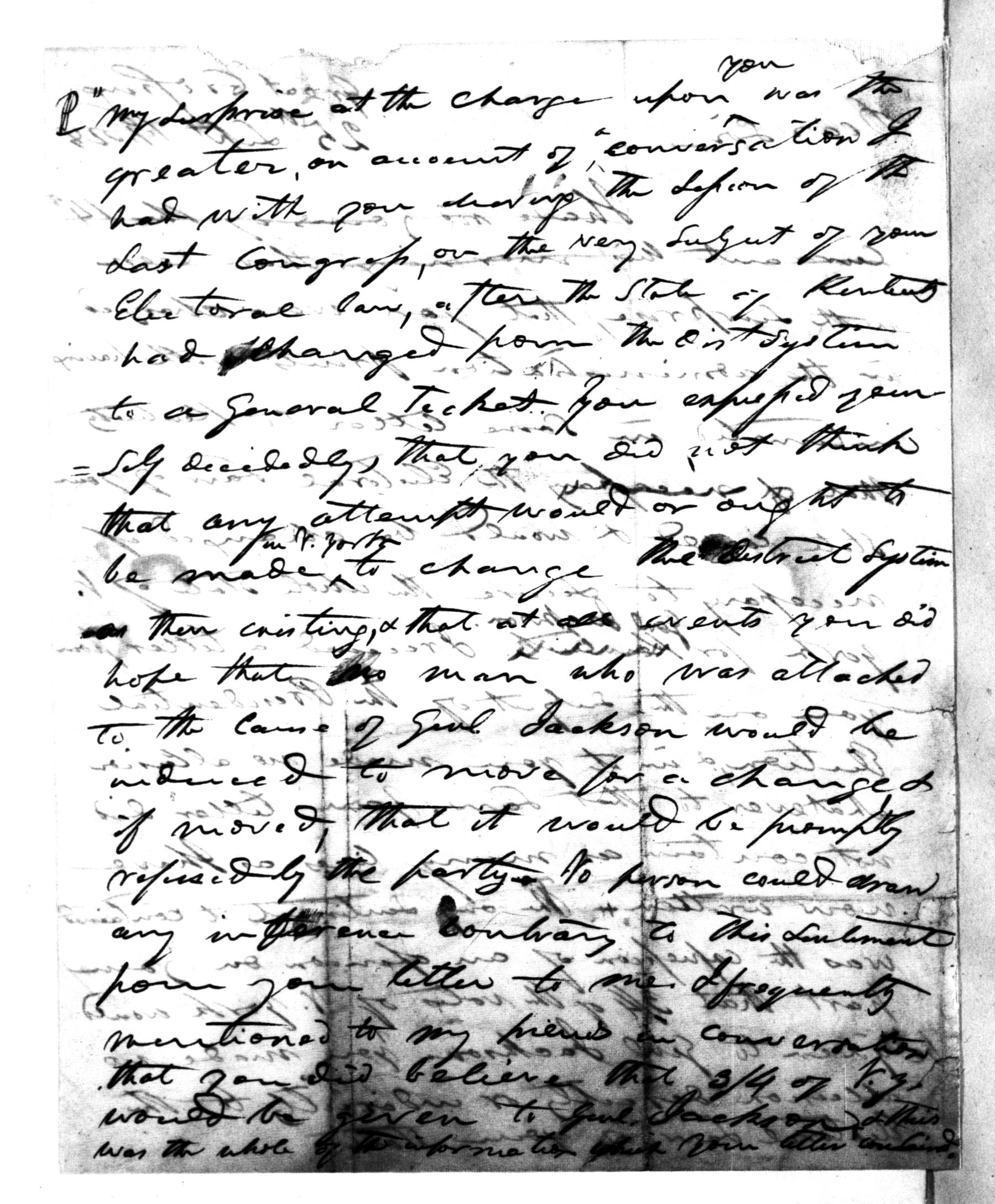 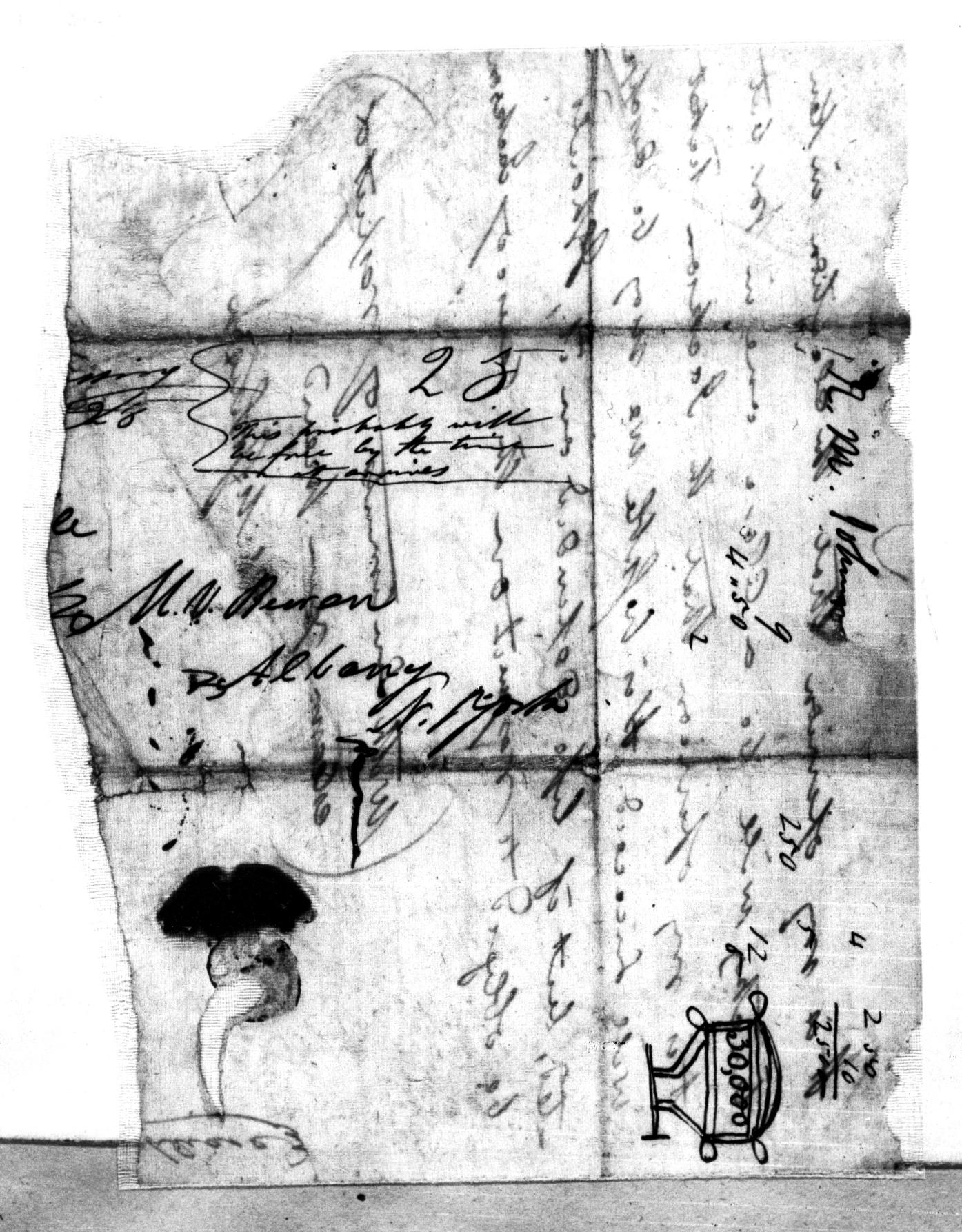