The short and unexpected interview at green did not give an opportunity of that general conversation which I most cordially wish for, and one that would have enabled me to have made those grateful acknowledgments so justly your due a feeling of gratitude that at all times calls forth the happy remembrance of those friendly and generous acts, that even now affords to me a comfortable subsistence and when <crossd> with <illegible> [. . .] <illegible> to a duty so laudible in its nature as that of an undisguis. acknowledgment of the same, why should I not offer this tribute of respect even at the hazard of its kind reception. The extremely strange and unpleasant sircumstance that has grown out of a political misunderstanding between myself and my Father’s family has led to sircumstances of an ungenerous and oppressive nature. After visiting my property in Hillsdale in the <hands> hand of my Father which ^was^ a House and small price of land calculated to be to be worth $1000 that was made common stock ^with his^ by him sold and convey[ed] with his other interest with a family confidence of remuneration when a purchase should be made which never has and probably never will be <done> My father James and <illegible> my two brothers and I may <illegible> Mr. Monell in the Clintonian revolution had becom political bankrupts which ^sircumstance given^ was kindled into an incurible resentment with my Father and James against me as they alledged that I was aiding the Journal a county paper in some publications which it contained Mr. Monell however after discovering the sickly features of ^the^ party he had attached himself to requested the exercise of a forgiving principle with his old republican friends which was granted and he returned back but thought by many to be rather a <wary> politician. But sir I think notwithstanding the unfortunate war  in the republican ranks of our County that the nomination of a governor friendly to the election of Jackson will be drawing the line so <plain> and distinct between Federal and republican that the parties will neither of them be at a loss to act, I cannot but regret the nomination of Mr Hurst from the village ^of green^ to the herkimer convention his proclaiming himself a Jackson man I consider is but a fals covering he has ever been a bitter federalist and one of your continual tho ineffectual slanderers whatever may have been his pledges I consider it a prostitution of charity to receive them, Respecting any situation I give the information with that frankness that I have ever heretofore done with a firm belief that I shall yet be able to honorably satisfy your claims with a hope that you will not excuse any burdensome or unnecessary means. I am comfortably and at present pleasantly situated both as to a living and to society. Please to accept sir my best wishes both for your publick and private wellfare. 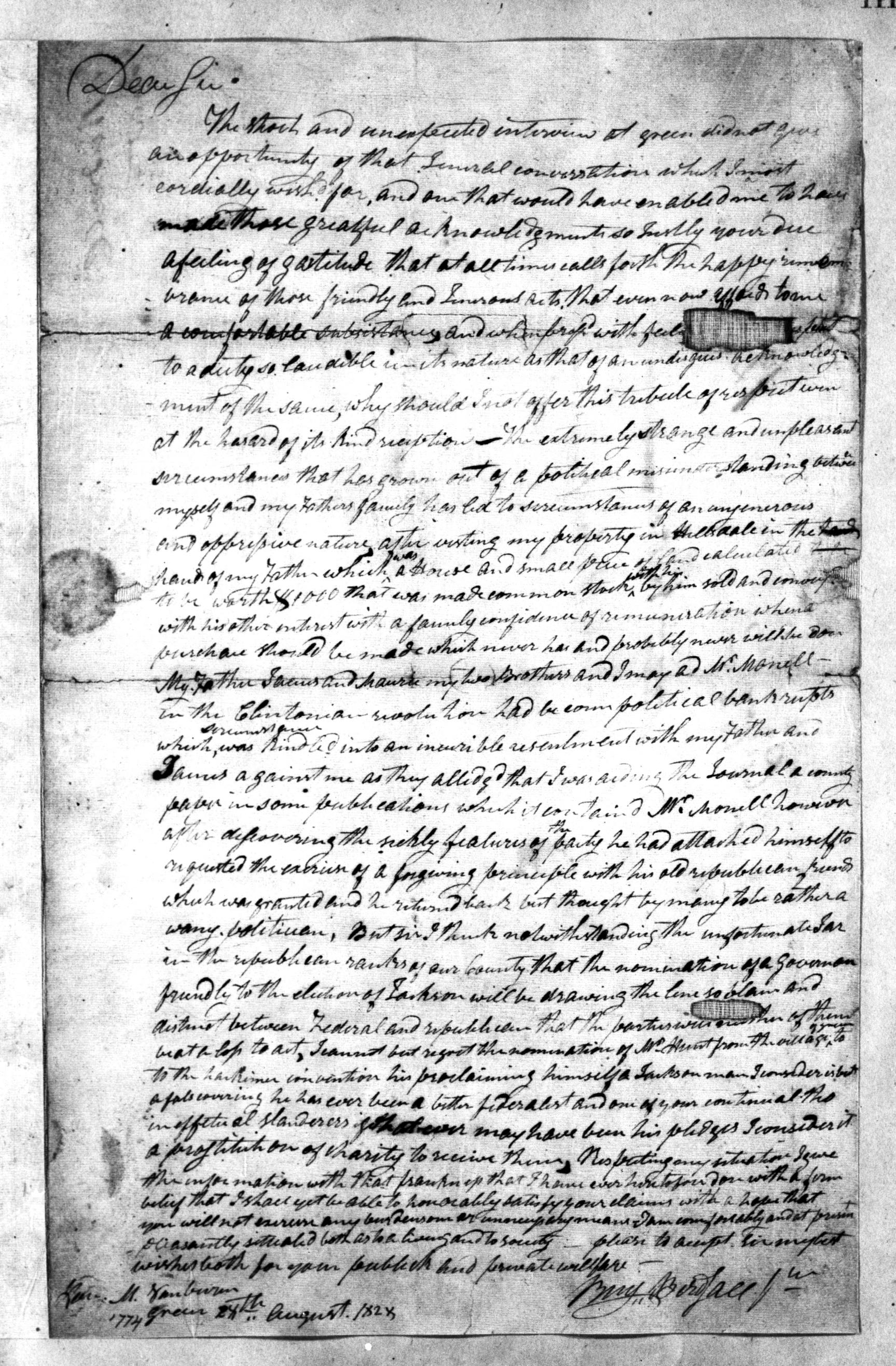 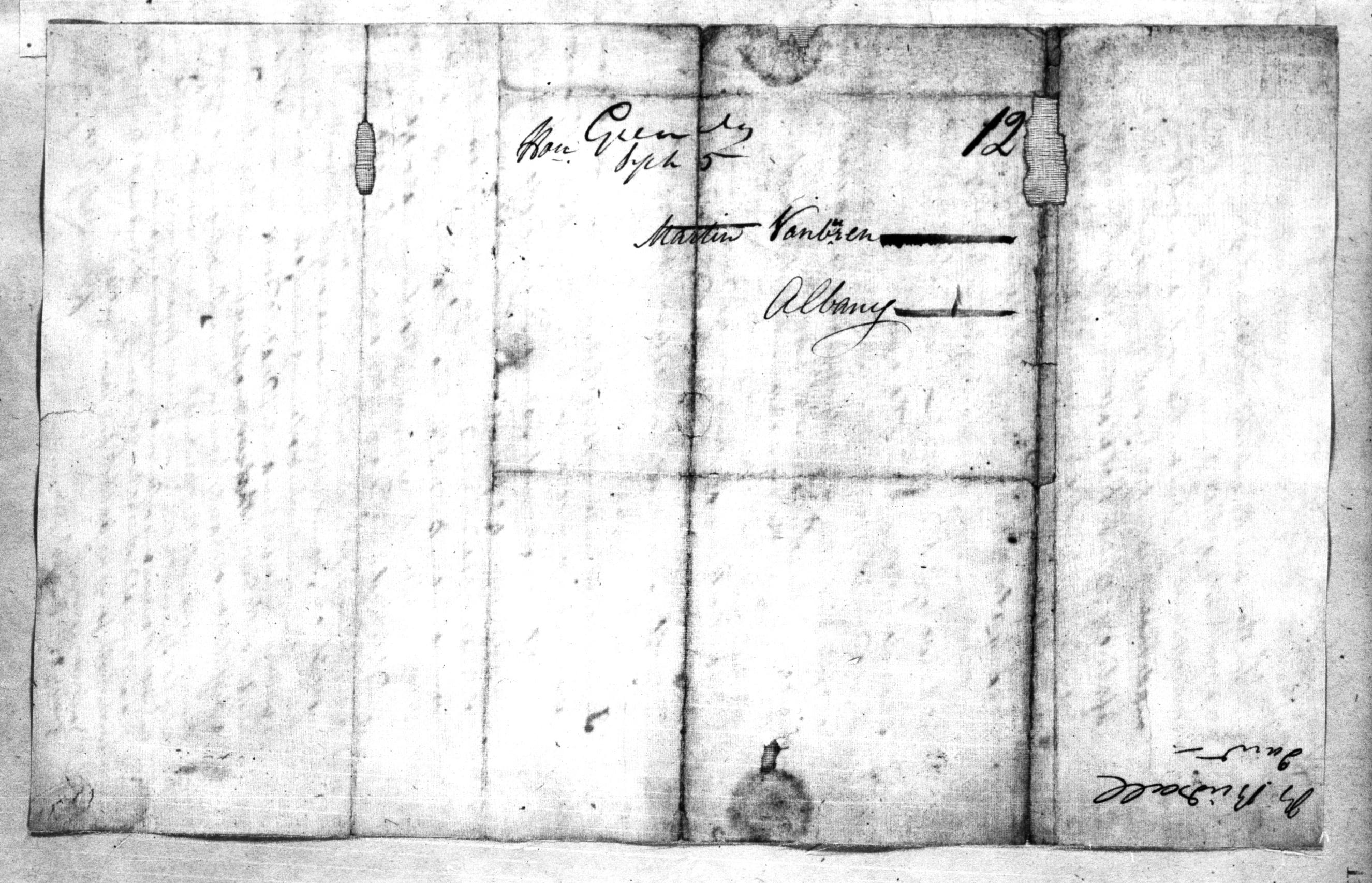