I have had the pleasure my Dear Sir to receive your favor of the 8th inst. and should long since have replied to it but for my incessant domestic occupations consequent on the death of Mrs. Cruger, which melancholy event occurred about three weeks after our arrival. It has been a source of great consolation to Mrs H. that she arrived in twice at <Crst> to solace her last moments. Here of course we remain for the summer.

I am gratified to learn that your prospects in Newyork are so flattering and that Old Hickory will defeat his enemies there by an overwhelming majority. I have always supposed that you would have to yield to the necessity which must make you Governor in case the administration should bring out a strong candidate. Who this will be we shall know in a few Days.

The papers have revealed to you but not to half its extent the settled discontent & inflammatory excitement of the People of this State in consequence of the passage of the Tariff. All I foretold to you is about to come to pass and before Congress has done with this subject there will certainly be embarrassment & difficulty & may be <necessary> enough in the end. That we should submit to a system, which violates what we believe to be the Constitution, & what we know takes money out of our Purse & at the same time <illegible> our Understandings of is ^utterly^ out of the question & ^but^ in what way our resistance shall be <signatored> is a question of discretion & a good sense to be governed, but ^by^ a calm as well as courageous view of the whole subject that we may not take any ^a single^ position to which on principle we cannot adhere even “unto death.” But resist we will, and our friends at the North who love us yet, in spite of our ^probable^ rebellion must be prepared to expect it and in some degree thank themselves for attempting to play "brag" with "the Black leg" on this most foul & corrupting subject. My principal regret is in the whole matter is that two men I love so much as McLane & yourself should have so far ^been^ committed yourselves ^in ever^ lending your sanction to the fanaticism and slang of the "American System" a name got up by a Rascal you both despise, & which before you both have done with it will make the ^political^ fortunes of this rascal and that of many other ^Rascals^ that hate you. But I assure you my good friend my feelings on this subject shall not interrupt for an instant the general current of kindness and regard which flows from my heart towards you both. I do not know if you [w]ere both to come at the head of an ar[m]y to put us down, that I should cease to remember the many virtues & delightful intercourse which binds me to you. I am perfectly sure of one thing if you care to come that I should ^be mightily apt (as <illegible> say)^ capture you before you crossed the Pe dee Swamp with the sons of those who fought in <illegible> Corps & who never inhabit its border & if I did after embracing you & giving you the best draft in my Canteen I would send you back to your <people> ^Old Hickory^ without ransom with no other regret than that you were not fighting in a better ^so bad a^ cause.

In reply to the wish you express “that I may not be Governor” I assure you it is in accordance with my own but like yourself I may be compelled by the wishes of those with whom I have always acted to take at ^an^ office at all times unacceptable but at the present <case> beset with <illegible> responsibilities but from there I will not flee if I am called by those who have a claim to my gratitude and devotion. To enable you to judge both of the excitement prevailing & the compulsion which may be applied to me I send you a pa[per] containing the proceedings of the largest popular meeting ever held in the Southern States. For many reasons I should like much to be at Washington next Session for in the event of our presidential victory (which I do not doubt) asking or wanting nothing for myself, my efforts would be untiring & zealous to secure old Hickory such a Cabinet as could make his administration a blessing to the Country.

That creole Mongrel Louisiana has again stuck the fang of her ingratitude in the sides of her Benefactor by the late administration <illegible> in that State. As it respects Livingston he almost deserves his fate, for his neglect of his Constituents & a party to his own interests. There is always a lion in the path to the Sluggard. It is what I expected & the result does not surprize me. 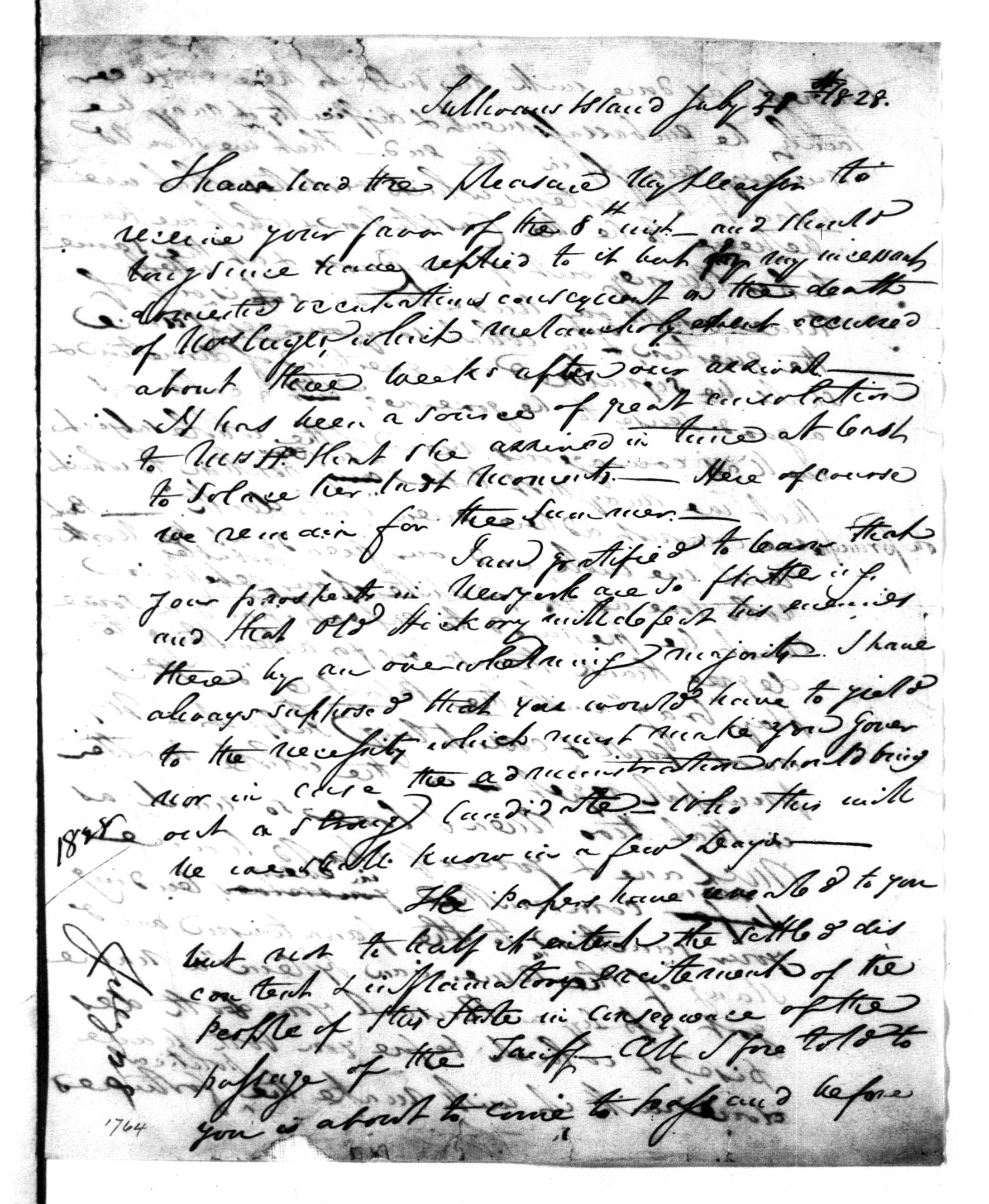 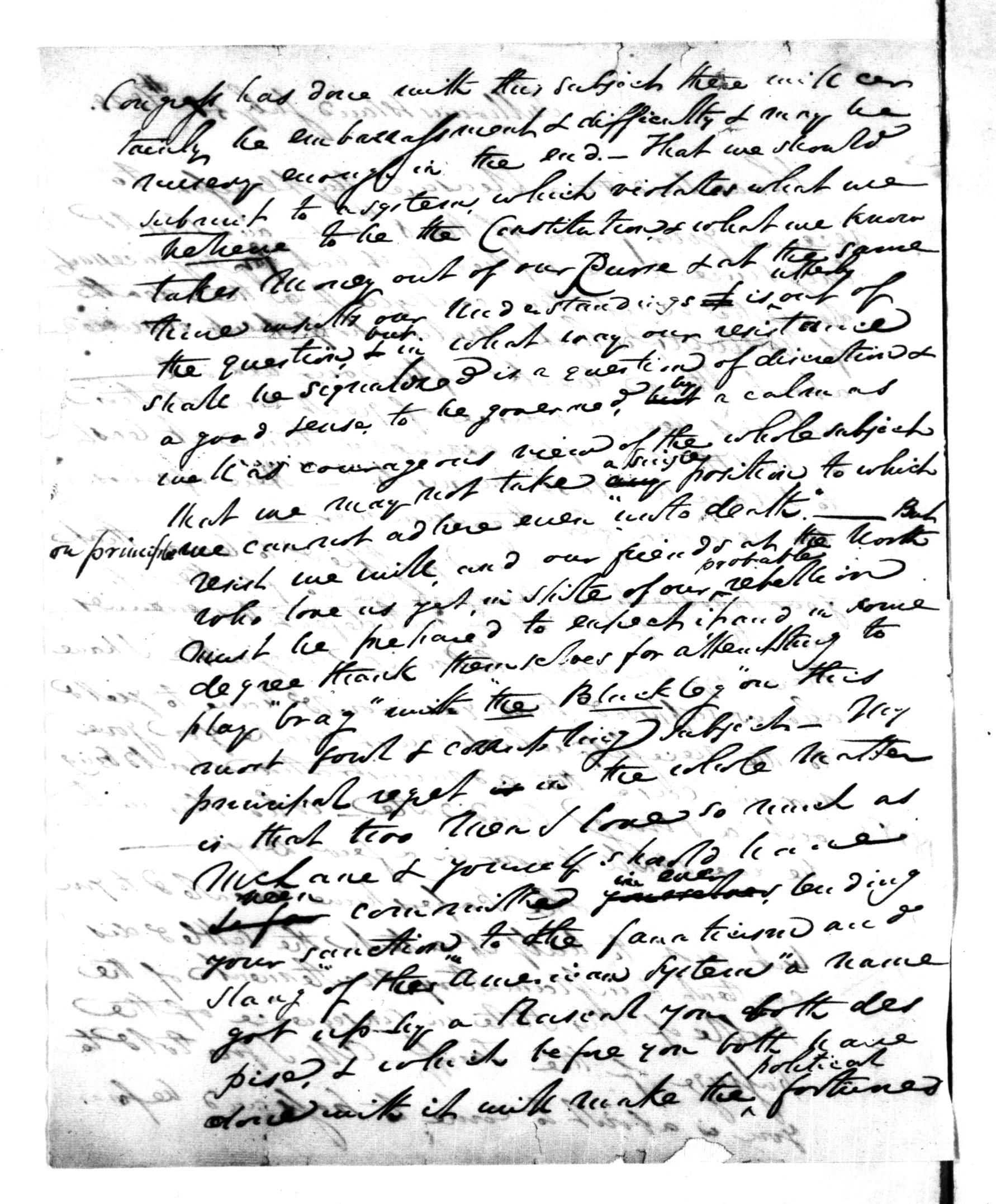 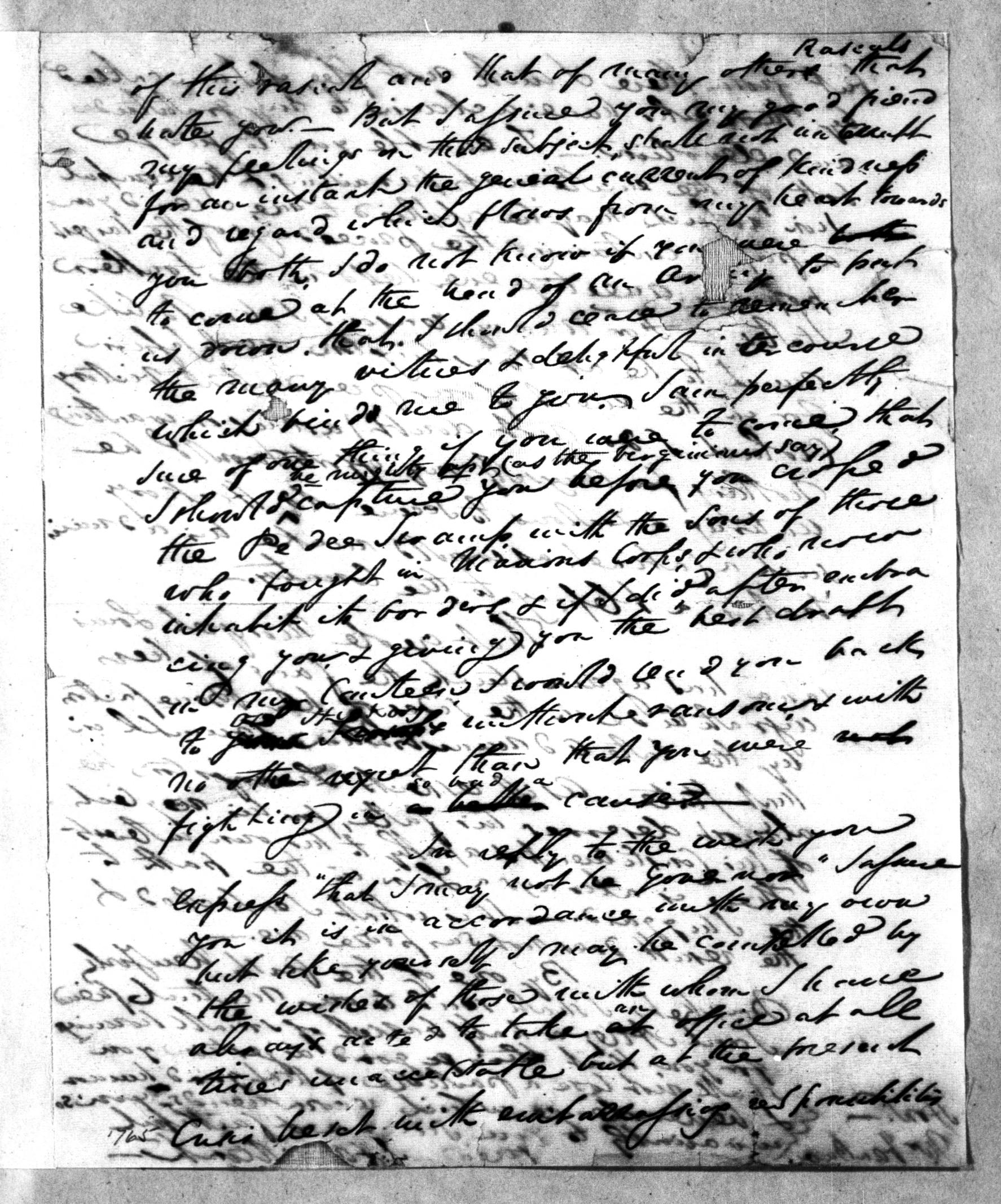 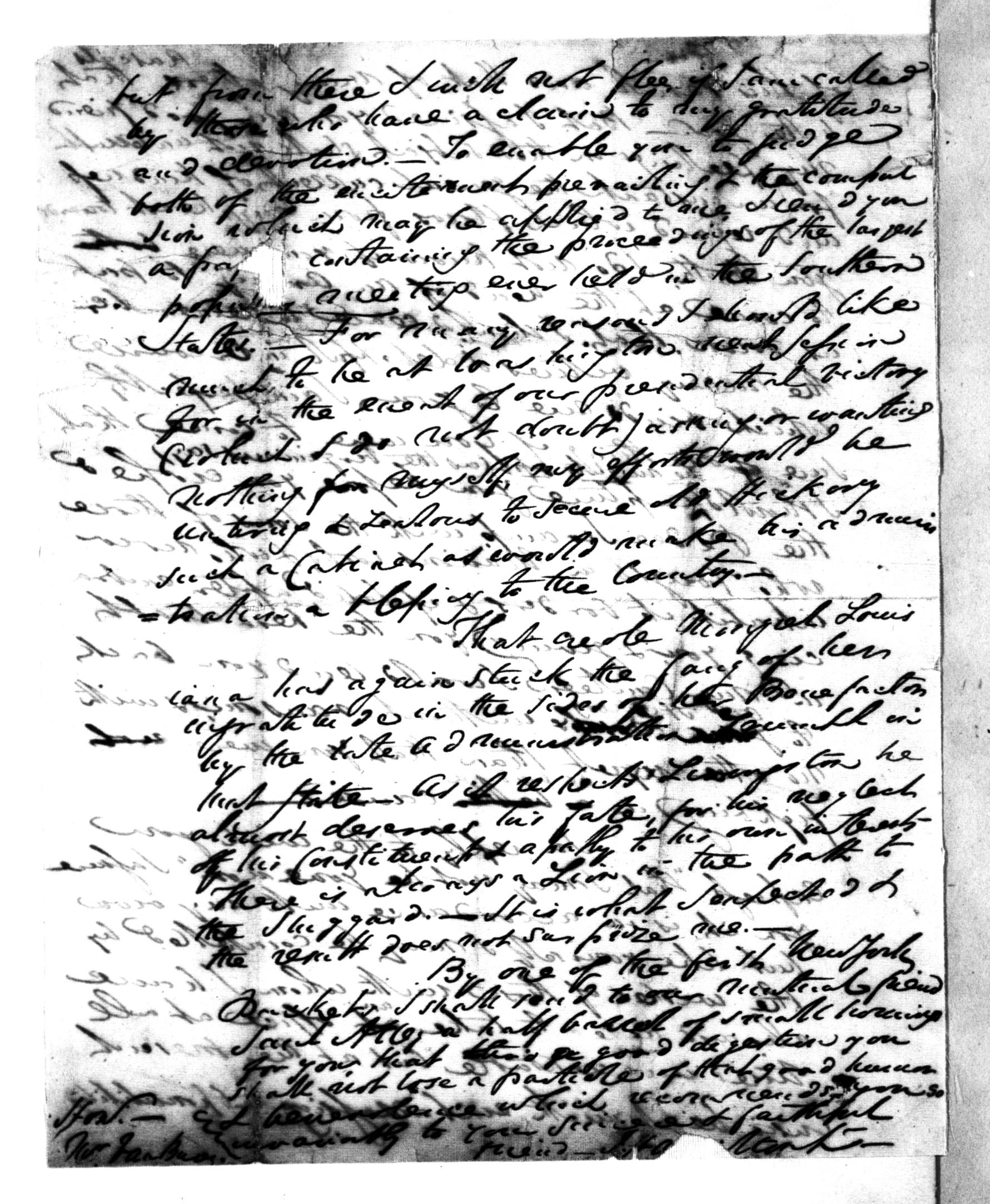