I do not know that I can better requite the kind solitude you manifested for my recovery than by announcing to you that event. I left W—n in a very feeble state, apprehending a broken constitution, but am now indulging the belief that I shall soon be none the worse.

Our great cause appears to be advancing with an uninterrupted progress. Of Penna I need not speak she is in vulnerable, in a few counties where the Federalists either have majorities or are nearly balanced, they are much on the alert in the hope that with the aid of the few apostates who are to be found almost every where, they may secure the county offices. Such is the case in this county.

I have just returned from Schoolies mountain Springs in N.J. where I have had an opportunity of seeing somewhat of Sussex Warren Morris and Hunterdon counties. The good spirit is abroad and doing much in the 3 former, in the latter there is a good deal of torpor, owing to the part of several active federalists ^there^ having labored for Jackson. The Democrats seem yet at a loss and many are undecided.

My letters from the West are all encouraging. Binns has published that your Legislature intend to repeal the Law for district Elections & choose Electors themselves, but it was an unfortunate admission, all his readers who believe it will give up the contest. I sent one of them lately Mr Badger (Knower and <illegible> are <illegible>) who said that it was all over. I expressed some doubt of the fact ^of such a <change>.^ He added that he had none and that having the power the N.Y. Legislature would be great fools if they did not exercise it. At all events the apprehension of such <illegible> <illegible> is working well among the calculators. Buchanan has been nominated on the Democratic ticket, this has been his most fond desire but he did not wish it at the risk of losing a nomination on the Fed. ticket which he will now probably do, and unless Lancaster is rather stronger for Jackson than I have supposed he will be hard run. The Fedrl majority in the District at a full <turn> out has usually been about 2500. You may rest assured that as to the main question all is probably well here. I have more hope of Jersey than ever, and before I left Washington I heard daily very favorable accounts from Maryland Delaware seems to be given up to the Enemy but there is no good reason for this.

All eyes are however directed to your state give us half your votes and we may defy the world.

The report that several prominent politicians have lately met in N.Y. has given rise to the belief that some movement <illegible> to be made in yr Legislature. I was at the springs when it was announced there and saw the signs of much alarm among the Coalitionists there which I did not then understand. I knew they were in a situation to be alarmed easily & thus accounted for the fright. I have some thoughts of visitting Saratoga in a week or two in the hope of its improving my health rather faster.

Mr <illegible> have left this place yesterday after a confinement of 3 weeks <illegible> fever. He went to N. Port R.I. 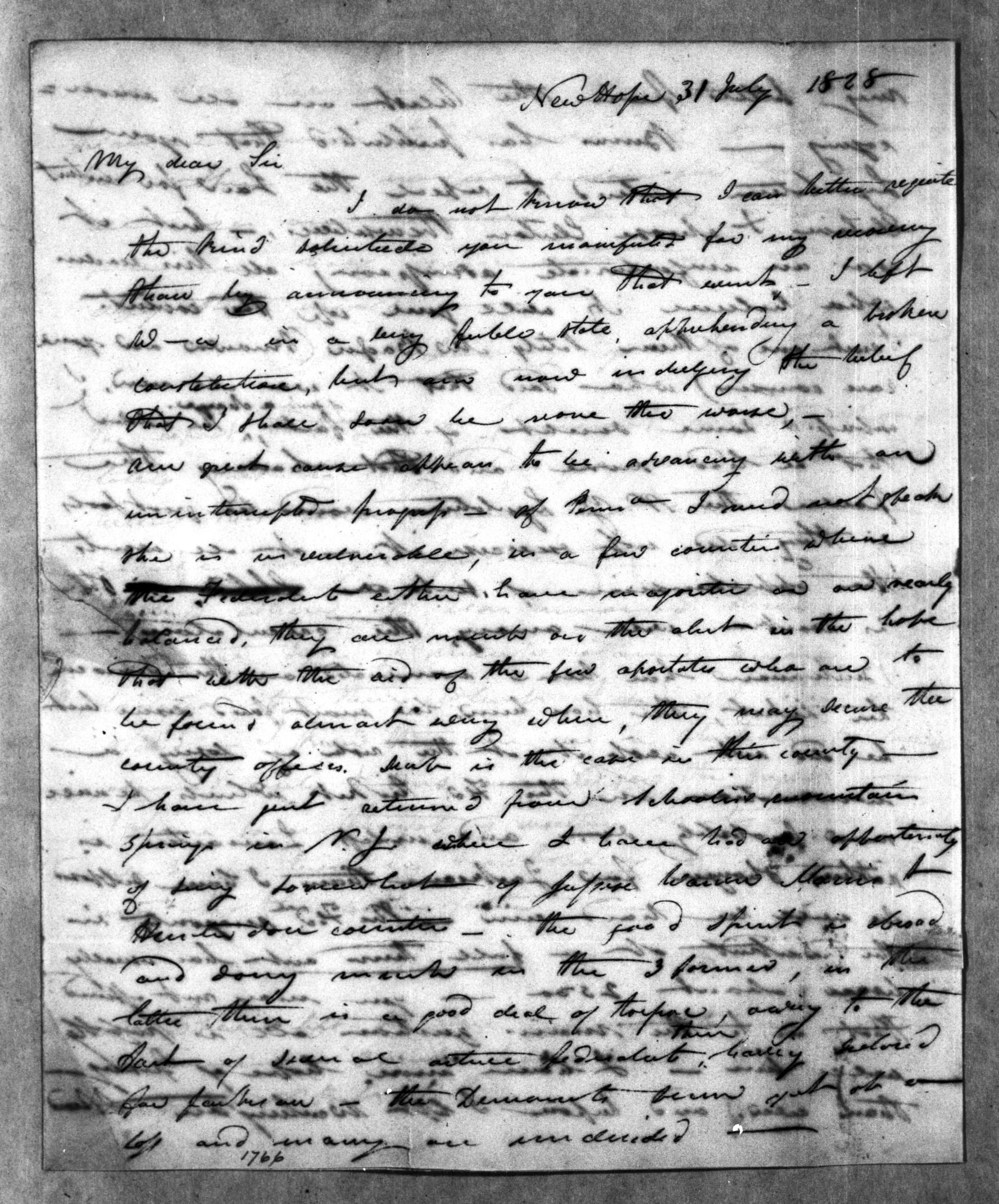 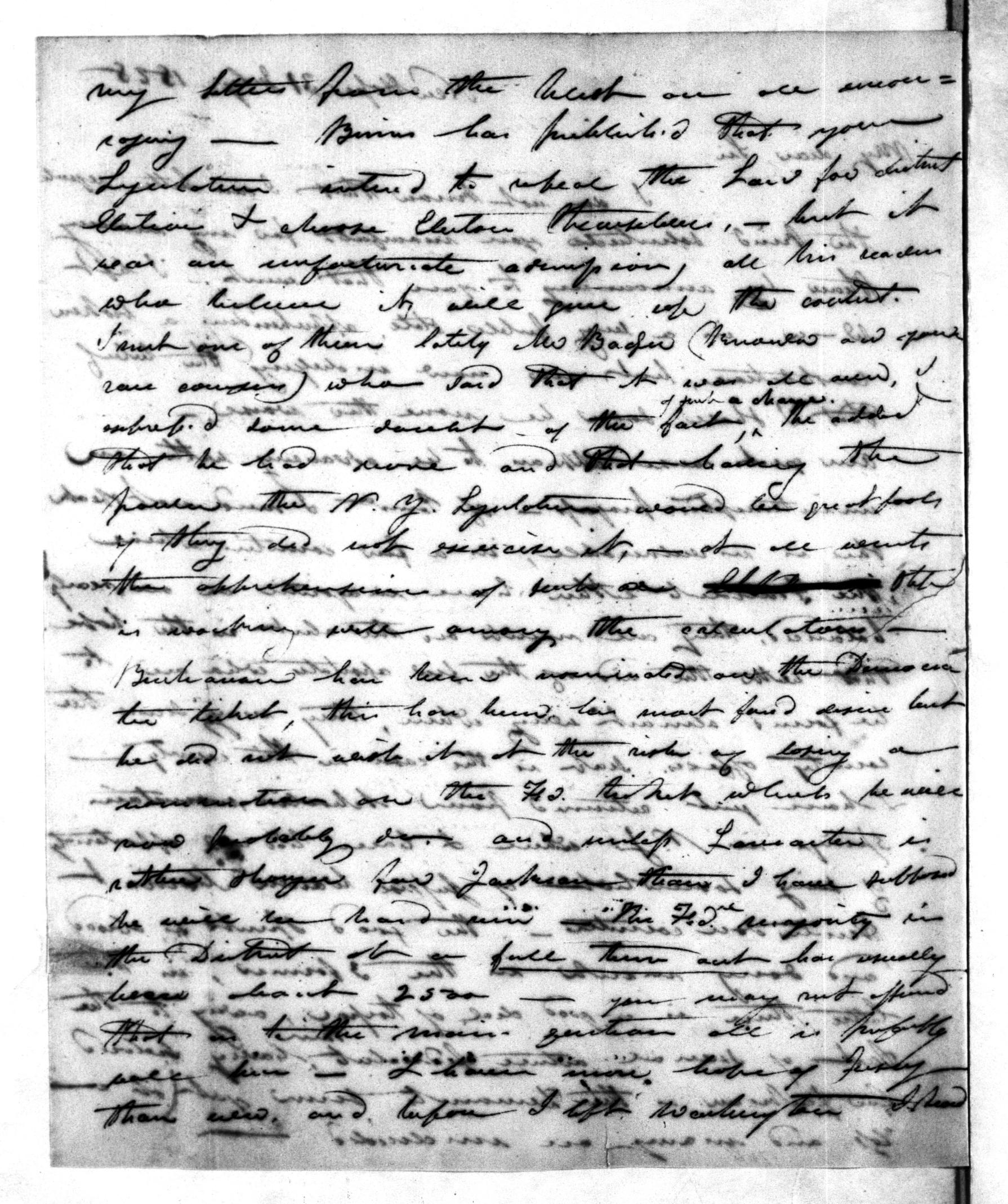 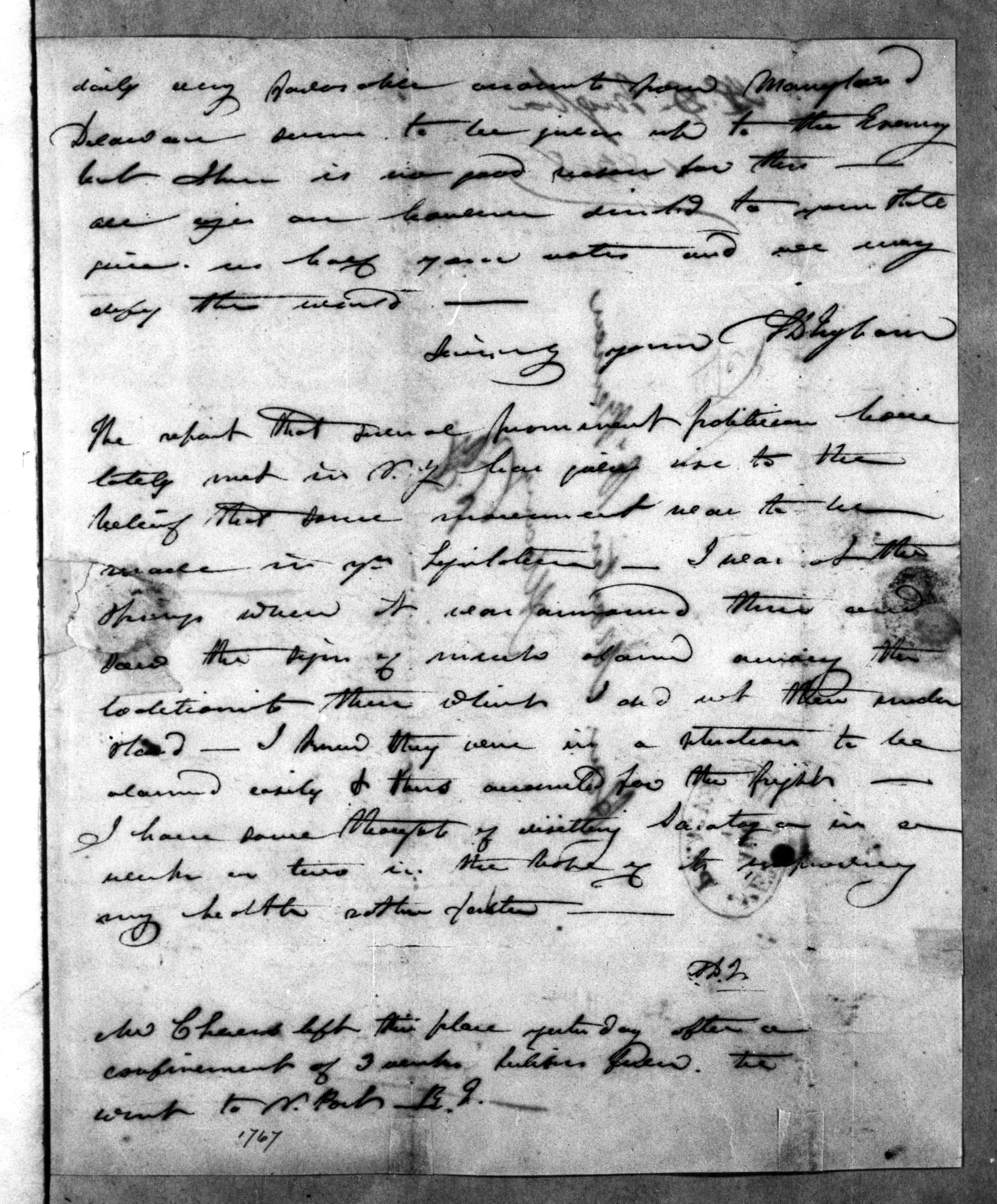 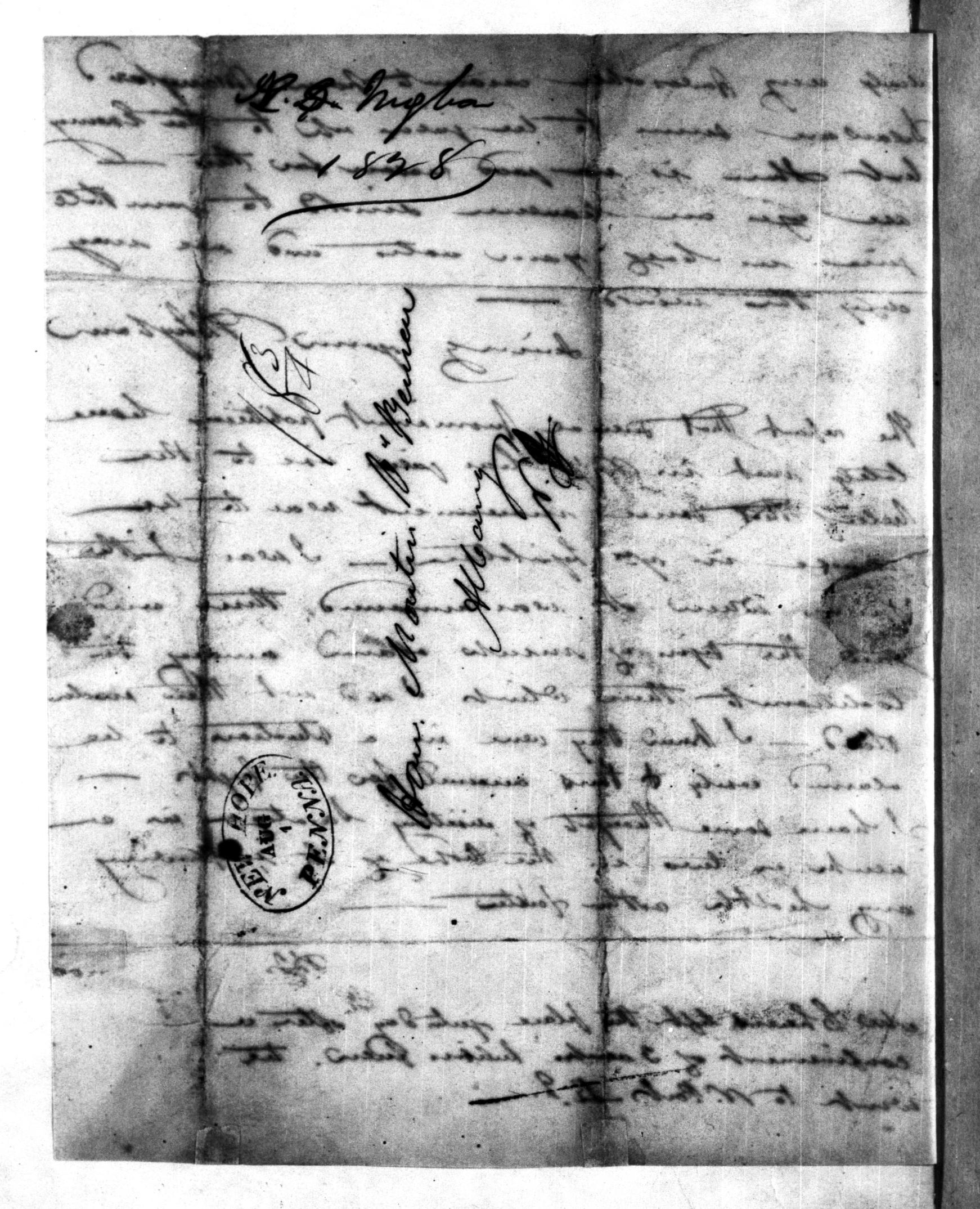