Perceiving that I am indebted to you for a copy of the Report to the Senate relating to the "Colonization of persons of Colour", I return the thanks due to your politeness. The Document contains much interesting matter, and denotes an able hand in the preparation of it. I find it more easy, however, to accede to its conclusion agst. the power claimed for Congress, than to some of the positions & reasonings employed on the occasion.

You will not, I am sure, take it amiss, if I here point to an error of fact in your "Observations on Mr. Foot’s amendment". It struck me when first reading them; but escaped my attention when thanking you for the copy with which you favored me. The threatening contest, in the Convention of 1787, did not, as you supposed, turn on the degree of power to be granted to the Federal Government, but on the rule by which the States were to be represented and vote in the Government; the smaller States insisting on the rule of equality in all respects, the larger on the rule of proportion to inhabitants: and the compromise which ensued was that which established an equality in the Senate, and an inequality in the House of Representatives. The contests & compromises turning on the grants of power, tho’ very important in some instances, were knots of a less Gordian character. 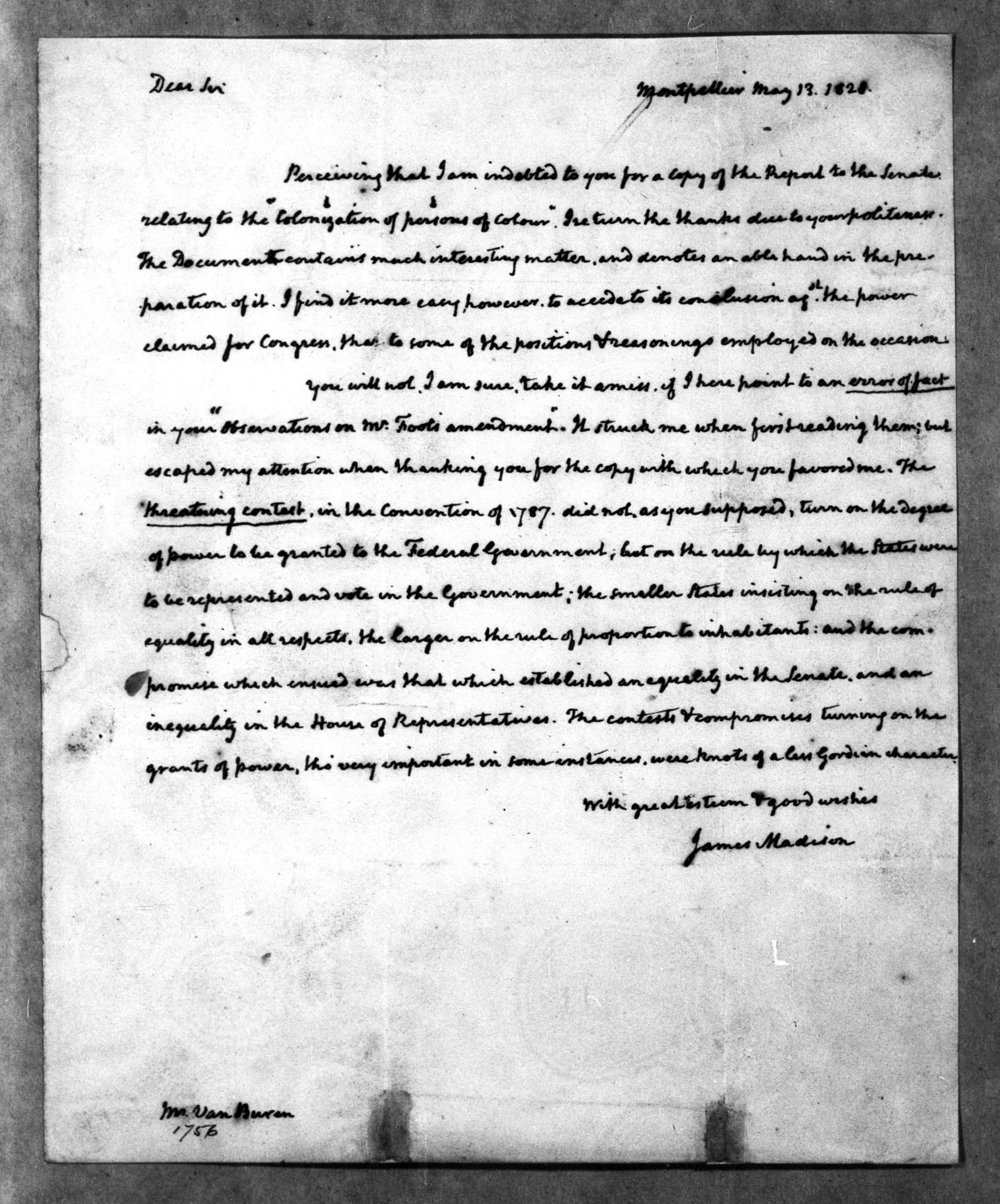 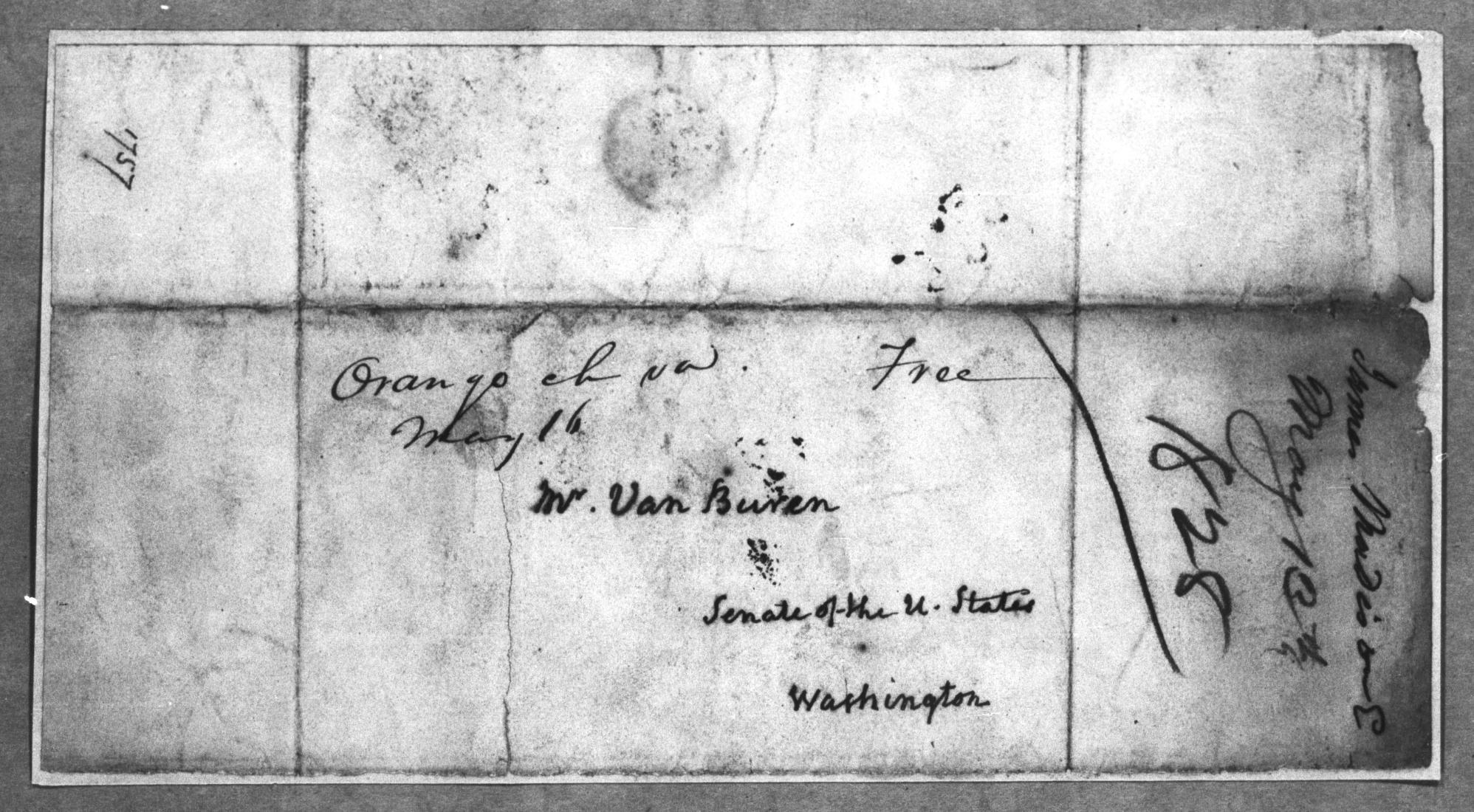