The present duty upon a yard of cloth costing $1.50 is equal to 55 cents, and by the bill now before the senate the duty upon the same Yard of cloth, by the direct and minimum increase together, will be $1.10, or just double the present duty. The increase on Each yard 55 cents. [. . .] but I suppose the <forgoing> are enough. I think they are correct, though made in haste and from memory. 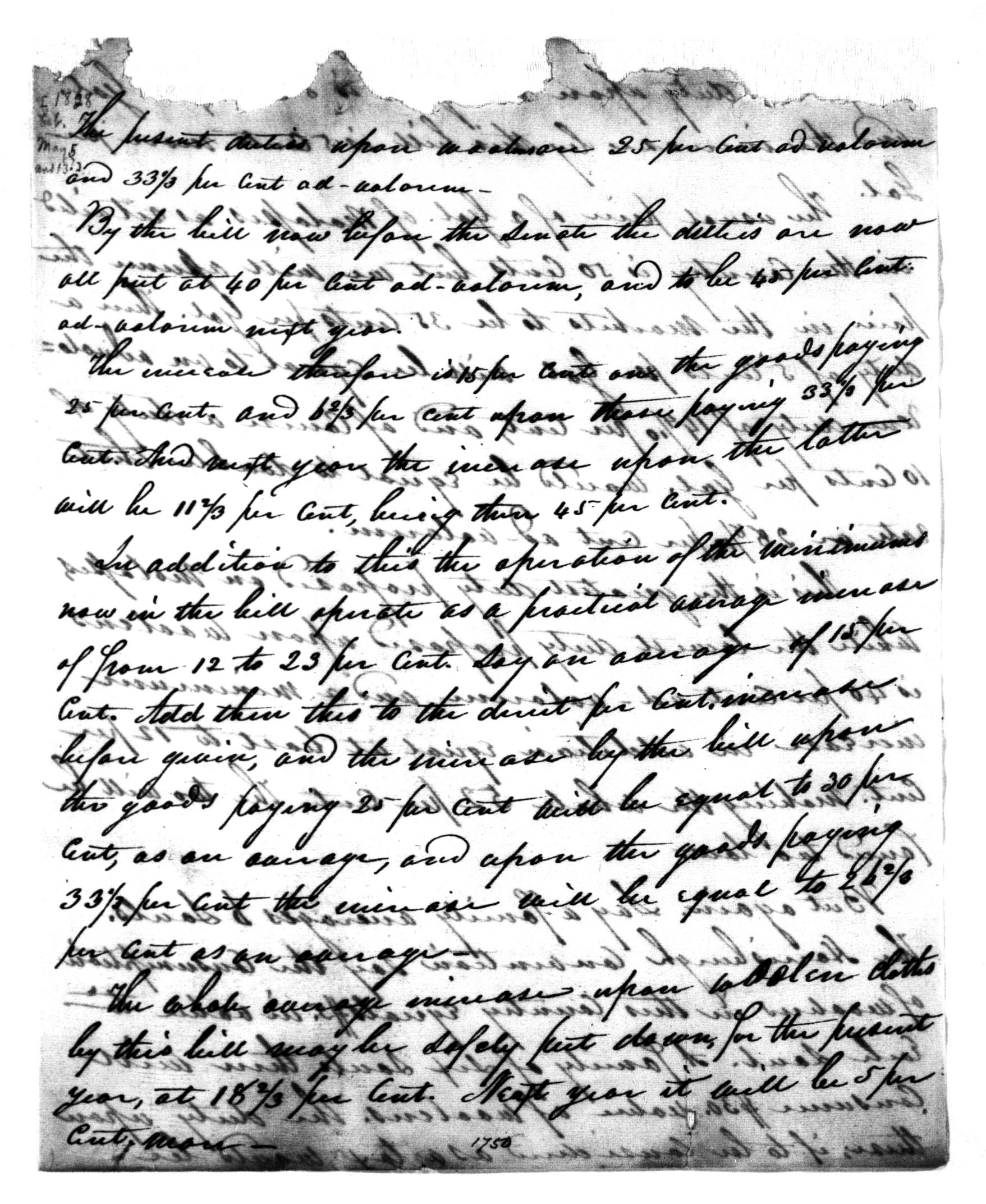 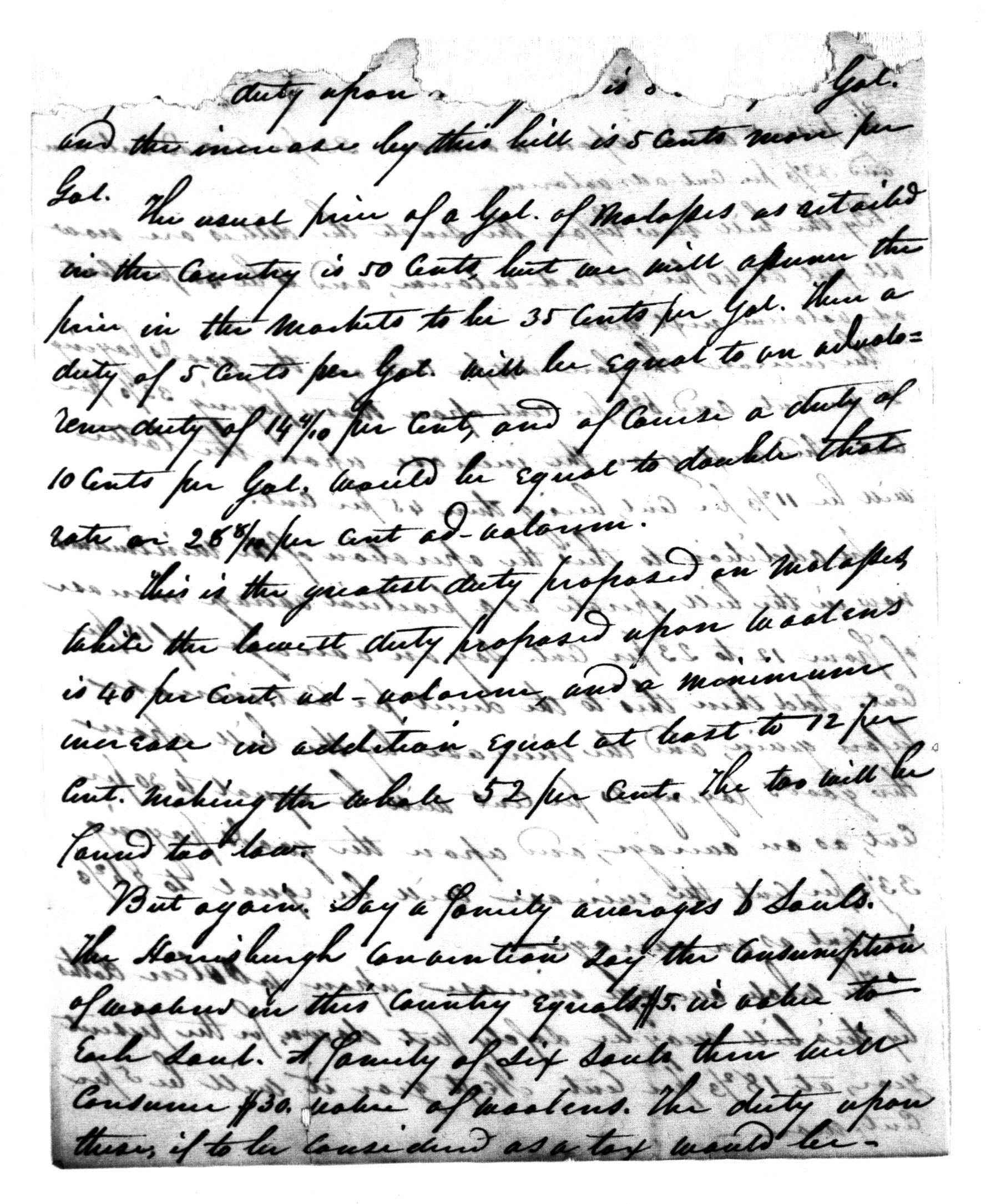 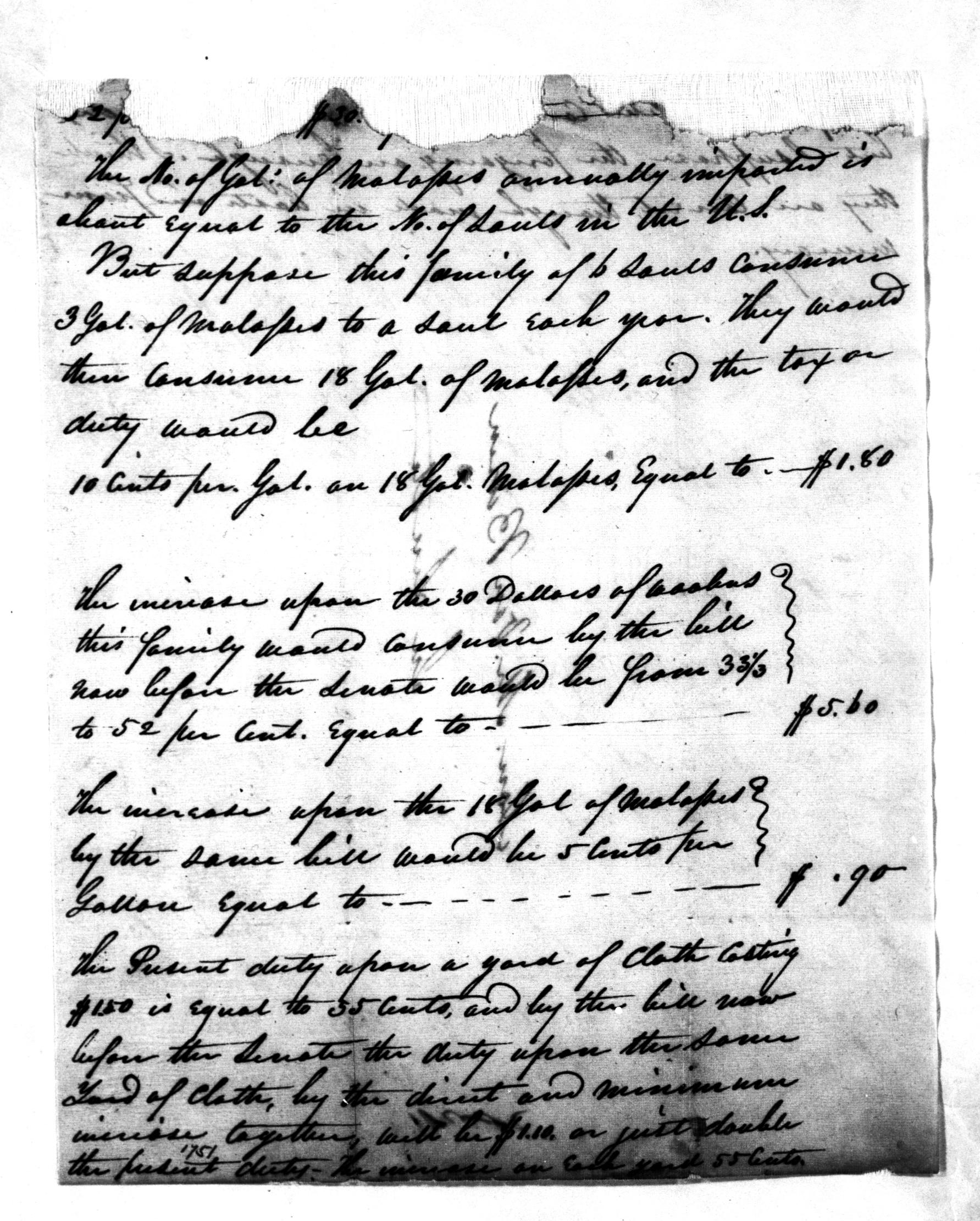 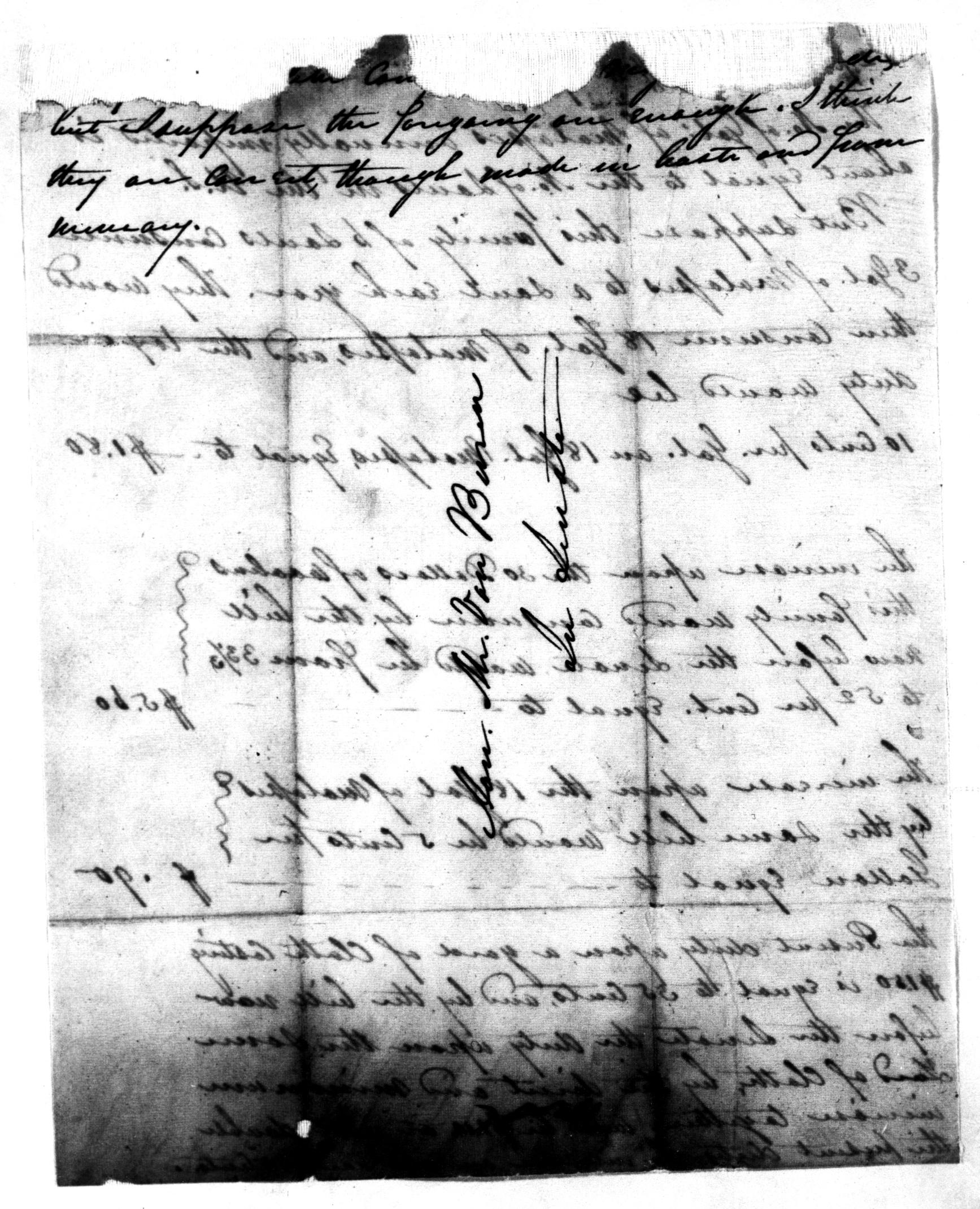