Mr. Coleman returns Mr Van Buren his sincere thanks for the pamphlet copy of the speech he lately sent him, accompanied by his letter; & he has perused it with some attention. Although he is compelled to believe that the motives attributed to the leading federalists, ^the conjectures to^ their ultimate views, were really entertained, as in the forgoing speech is expressed, yet he must in the sincerity of his heart declare, that nothing that has ever come to his knowledge (& he thinks can boast of a long intimacy with their principal leaders throughout the Union) has ever tended to awaken similar suspicions. Such ^views^ were not justly imputable to Hamilton, who was the instar omnium ^of federalists^ [. . .] nothing resembling them ever came to my knowledge.

Mr. Cambreleng, in a letter I lately received   from him in answer to one I wrote urging the alteration of the electoral law so as to change the district system for that of voting by states & which I desired him to shew ^you,^ has entirely satisfied me that it would not [. . .] to have recourse to such measure, at the present time. But he agrees with me that New York should take measure after the next election to speak in a voice that will make itself heard throughout the Union.

We are not a little perplexed about a candidate for our next governor. What do you say to Mr. Wright now in Congress? He has talents & I am told a character without reproach.

If Riker should be reappointed recorder, (& he has been nominated,) I fear it will cause us some injury in New York. No man is more unpopular with all classes & deservedly so. 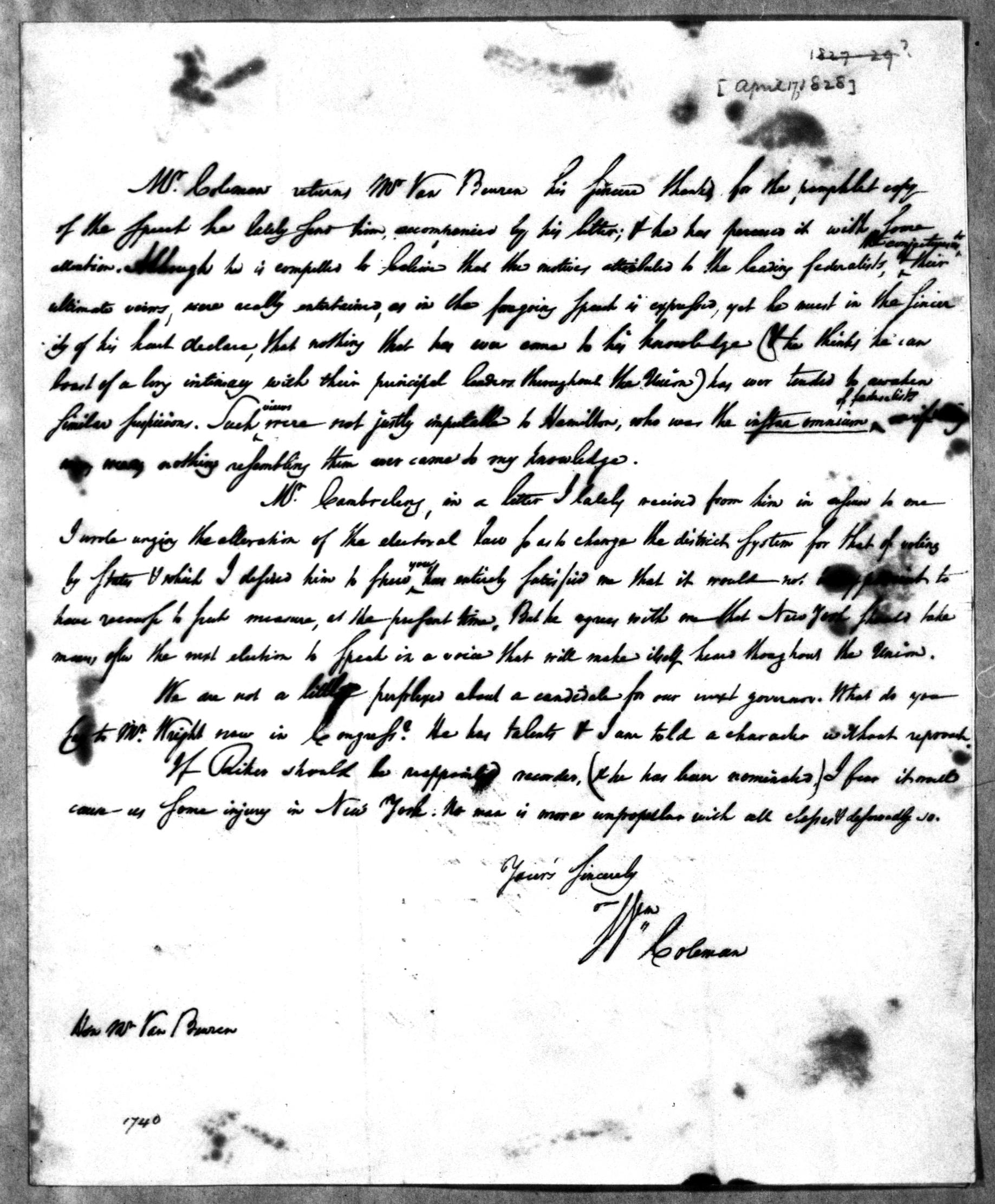 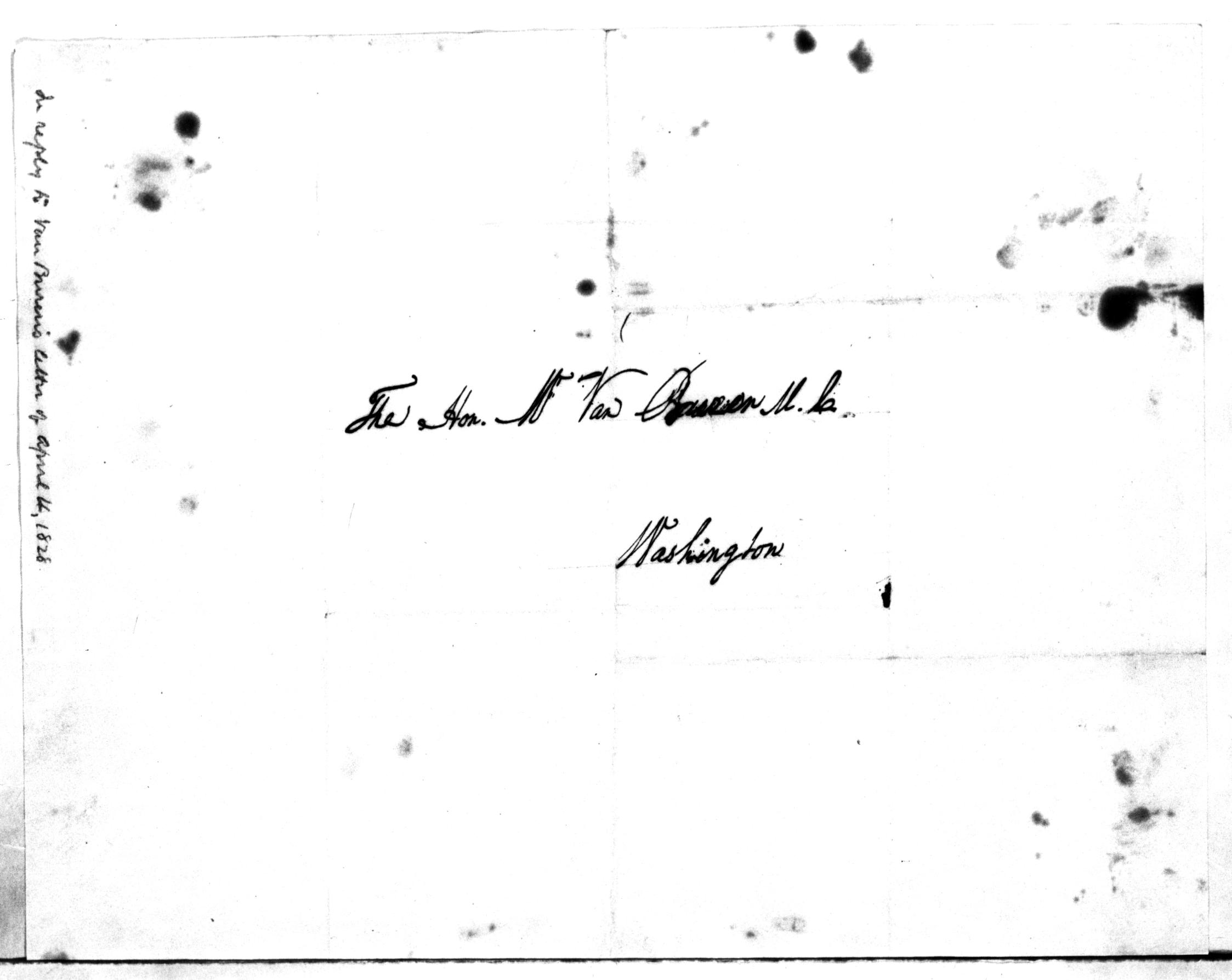 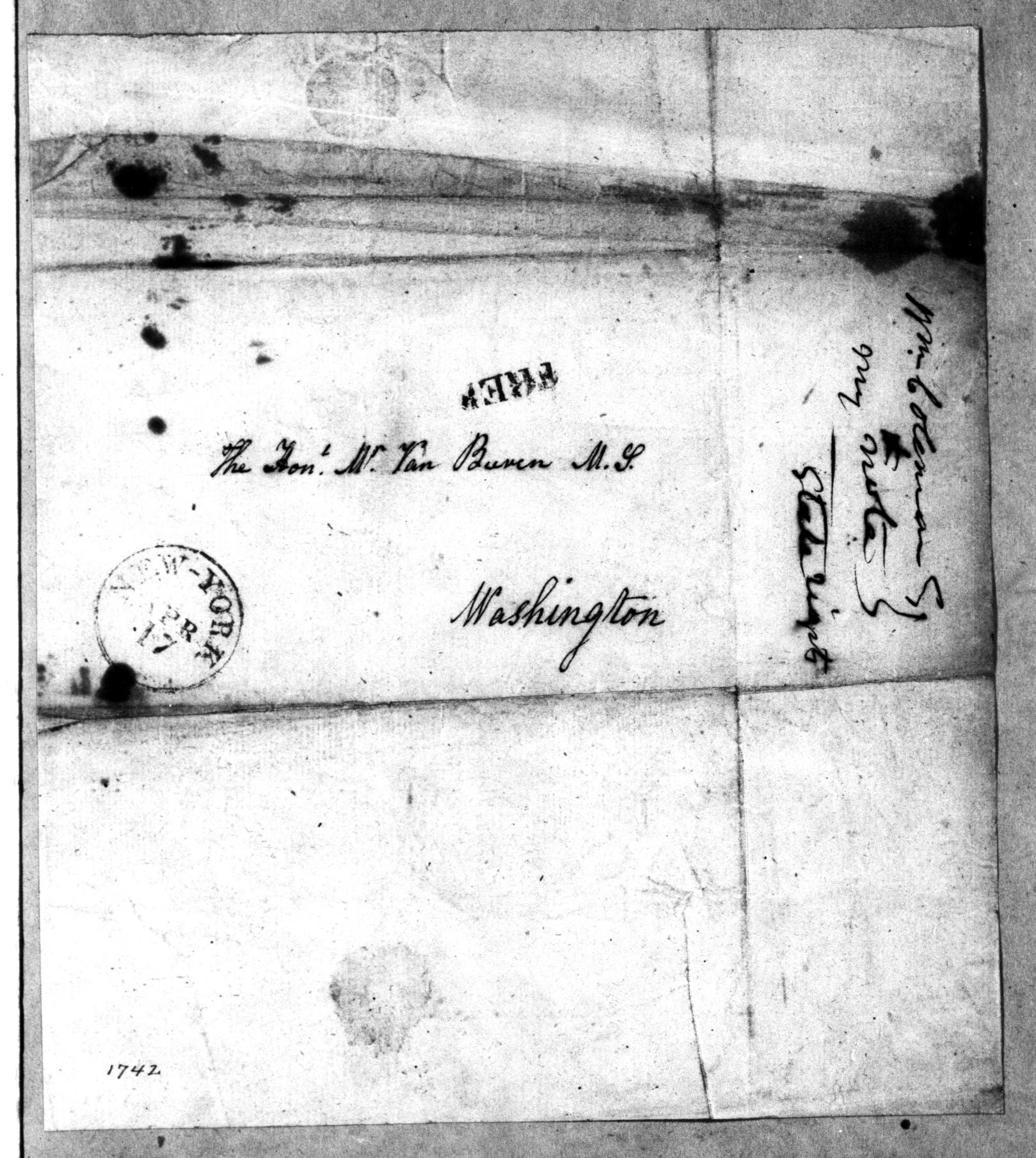