I have just read with deep interest your speech on the question in relation to the Constitutional powers of the V. President in reference to the Senate.

You have discussed the Subject in the ablest manner, & are entitled to the thanks of every citizen who respects the rights of the States, or has a just estimate of the means by which the liberties & happiness of the american people can be preserved. The encroachments made by latitudinal[r]y constructions of the Federal Constitution have always been a source of alarm to me. This political heresy ought to be constantly Watched. It will have its open or concealed friends at all times. I wish myself that all decisions by the judiciary of the U. States which involved either the rights of the States, or the construction of the federal Constitution, were reviewable by the Senate. What would have been the consequences if the Courts of the Union had decided, as was much feared at the time, that the Embargo which was recommended by Mr. Jefferson & adopted by Congress was unconstitutional! The judiciary ought not to have the power to impose an absolute control over the other departments of the government. I would much rather trust the Senate with Constitutional questions than the Judges. The sovereignty of the States, so vitally essential to the Continuance of our great democratic Confederacy, would be always safe in the hands of the Senate of the Union. Not so with the Judges.

In your Speech you have given a clear & masterly view of the two great principles which divided the Republicans & the Federalists. It is, as you say, the same that divided the Whigs & Tories during our revolutionary struggle, & which ^I may add^ now divides the Whigs & Tories in G. Britain & the liberals & ultras of France. It is the two great principles which you referred to & illustrated in your address to the Senate, that now divides the friends of Genl. Jackson & the Administration; and I cannot bring myself to doubt, that it is so viewed by the People. If this be so, we shall be successful, & produce a civil revolution, inferior only to the great one of 1800.

As a Citizen of the State of Nyork I feel proud of the rank which your talents & your exertions give her in the Councils of the nation. Accept my unfeigned thanks for the bold & able manner in which you have defended the great political principle of the party to which We belong, and which has at all times been dear to us, and will, I doubt not, be cherished by us through life.

Most sincerely your friend & Obt Sevt 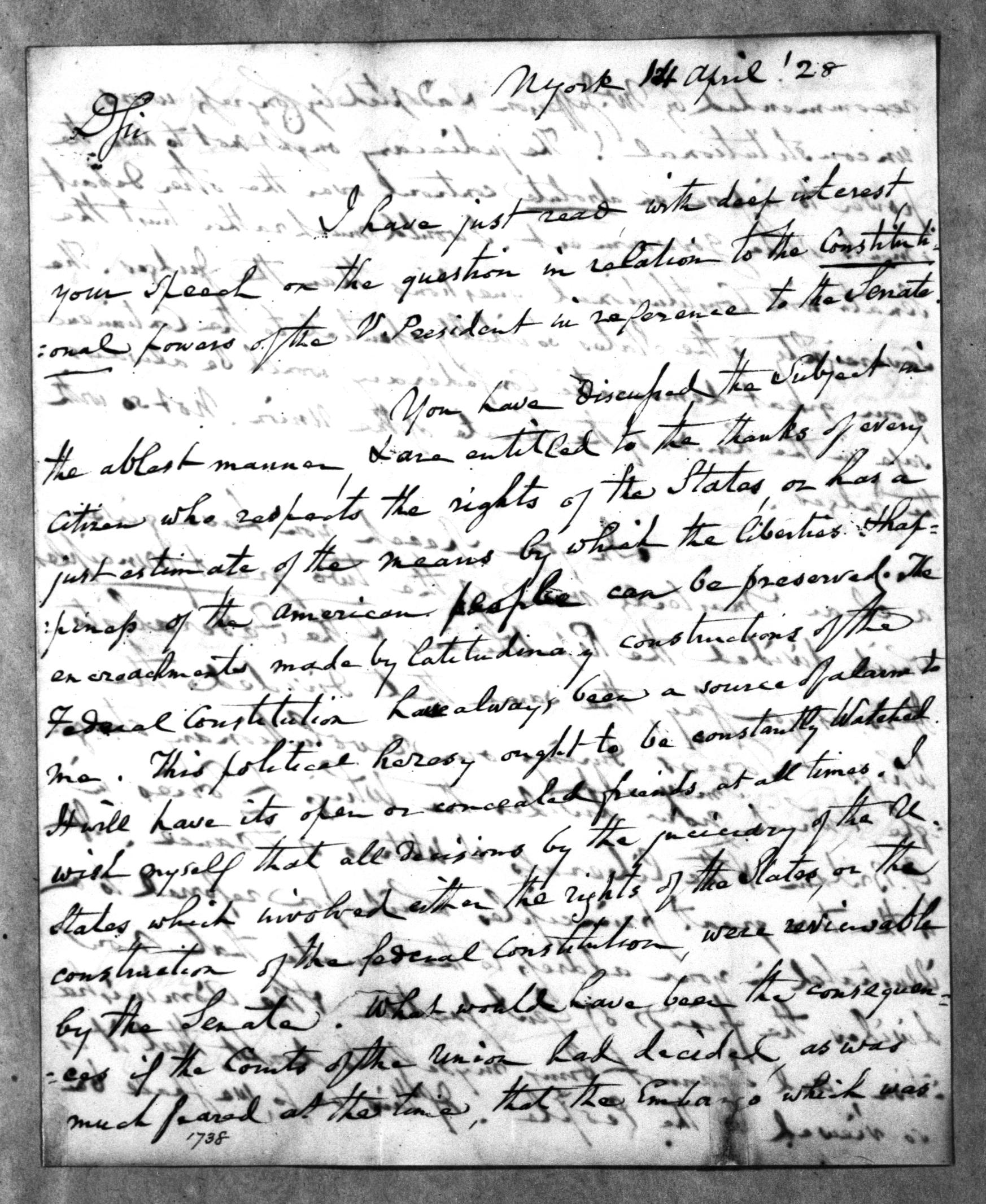 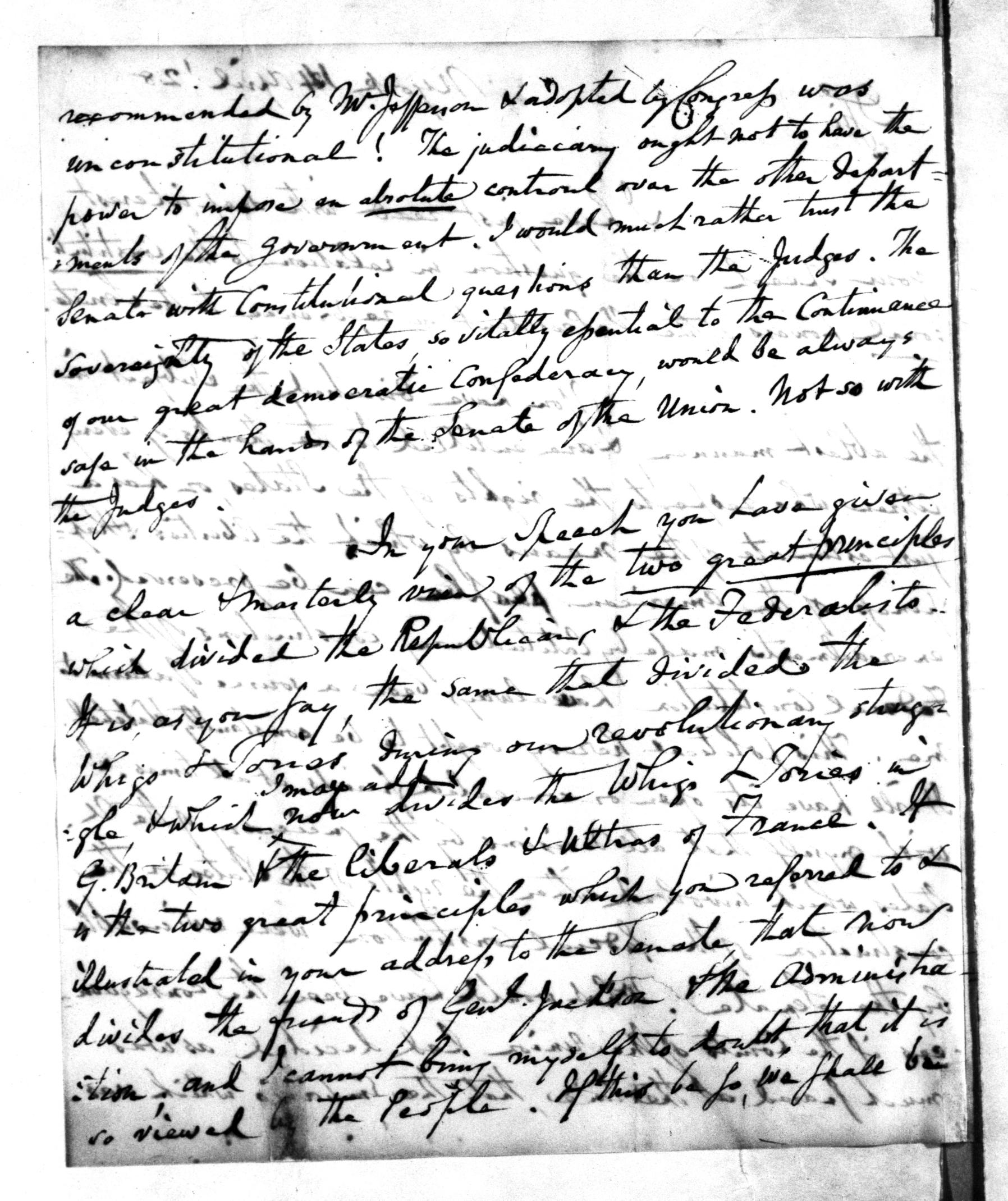 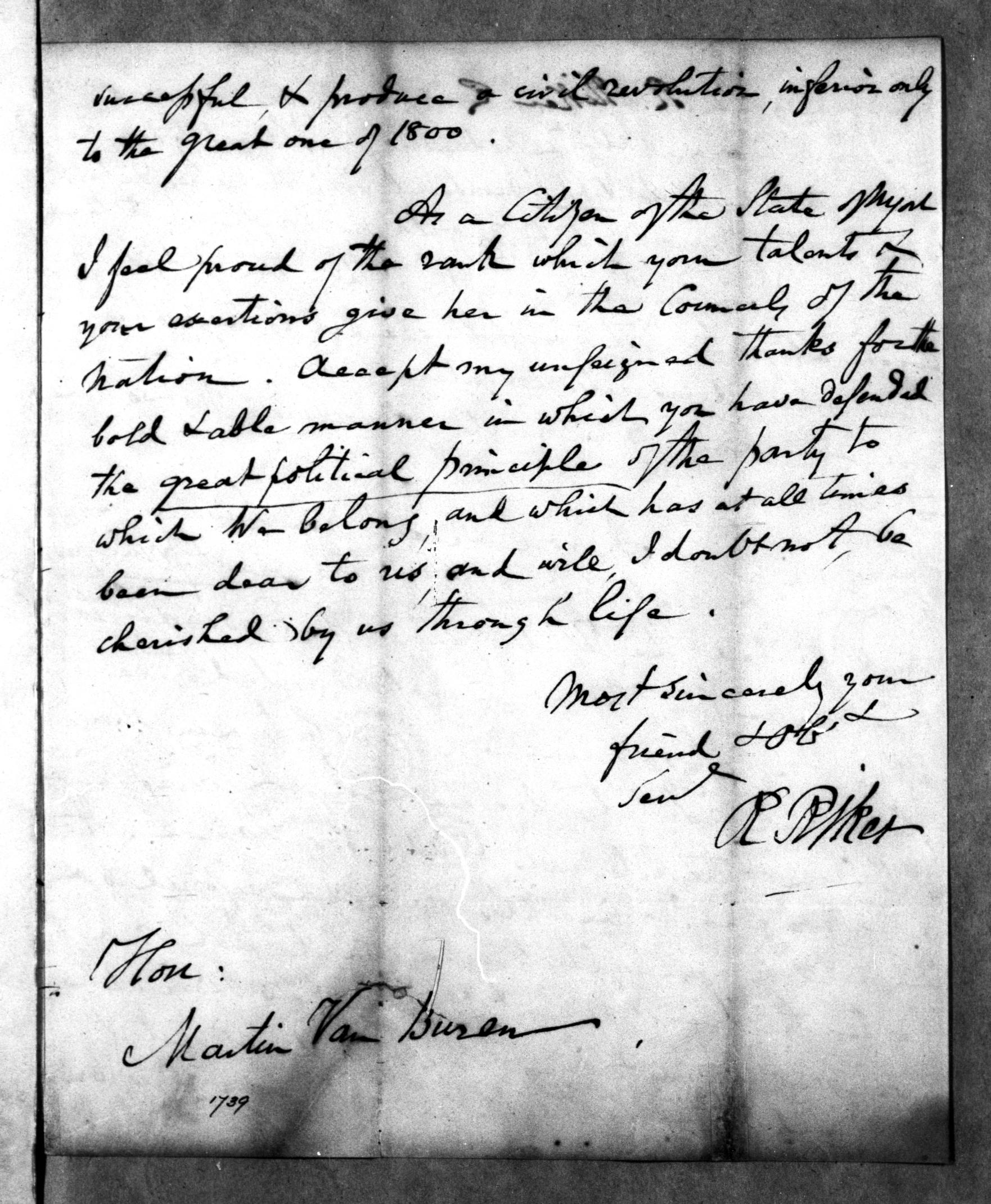