I have read with full conviction the substance of your observation on the power about claimed for the President of the Senate to decide on questions of order, ex officio. I was at first of opinion that our constitution appointed a known officer, with known and acknowledged duties, long exercised in the Country whose legislative assembly are imitated, and therefore <implicitly> by known & acknowledged here.

That the presiding office of a deliberative body must have some duties ex officio to fulfill, as to what purpose is he appointed, and in what manner is he to preside?

That gross breaches of order, must belong to the inculpating jurisdiction of a presiding officer, or debate wd. be tumultuous.

That in every meeting of the people, before & since our constitution, the Chairman, President, or "moderator for the work of the day" as the <Connectional> phrase is, was always appointed to exercise over the debate these acknowledged & implied powers.

That, it was equally acknowledged & implied here, after our prototypes the Chancellor & Speaker in England, that an appeal by to the house, or the meeting, whenever the interference of the President Chairman, Speaker; a moderator was exercised improperly in the opinion of any member.

That all this was implied to the standing <compliment>, that the thanks of this meeting be given the Chairman for his impartial conduct in the chair.

That the Precedents in Hatsell, fully warranted all this implication.

But the case the Vice President is different.

He does not derive his power from the body over which he presides. They have a separate constitutional power of making their own rules and order.

And finally this is one of the imps of constructive & implicit powers, wearing a very deceitful mask.

I have been compelled to give up my opinion, and to agree however reluctantly with Calhoun’s decision. Your observtions have left me nothing to say, but that I yield.

I wish I could be as well satisfied of Calhouns other principles; but he is too pretending, too fond of the brilliant, the magnificent the imposing, too calculating how all his sayings & doings will work with respect to his own honour & glory. Nor do I forgive him for having led astray McDuffie, who has not the courage to give up his former <views>, openly & boldly.

However, I will exercise most willingly all the charity I possess in favour of a man of talent as Calhoun certainly is: but I have no confidence yet, till I see more marks of real reformation.

I observe the friends of the Tariff are quarrelling with each other. I am glad to see it. Truth will prevail at last. This weak and wicked attempt on the part of the manufacturers, has sown the seeds of suspicion in the Southern states; we have begun to doubt <wher> the Union is really so beneficial to us as its strenuous advocates so confidently pronounce it. Give us the constitution fairly & honestly construed; and <wher>. the Bargain under the Union be good or bad, I shall say, abide by it.

I hope you will close your course so as to arrive with the full aid of public opinion, at the ne plus ultra. I think the path is open to you, if you go on steadily, straitly.

I am dear sir Your obedient servt. & faithful friend 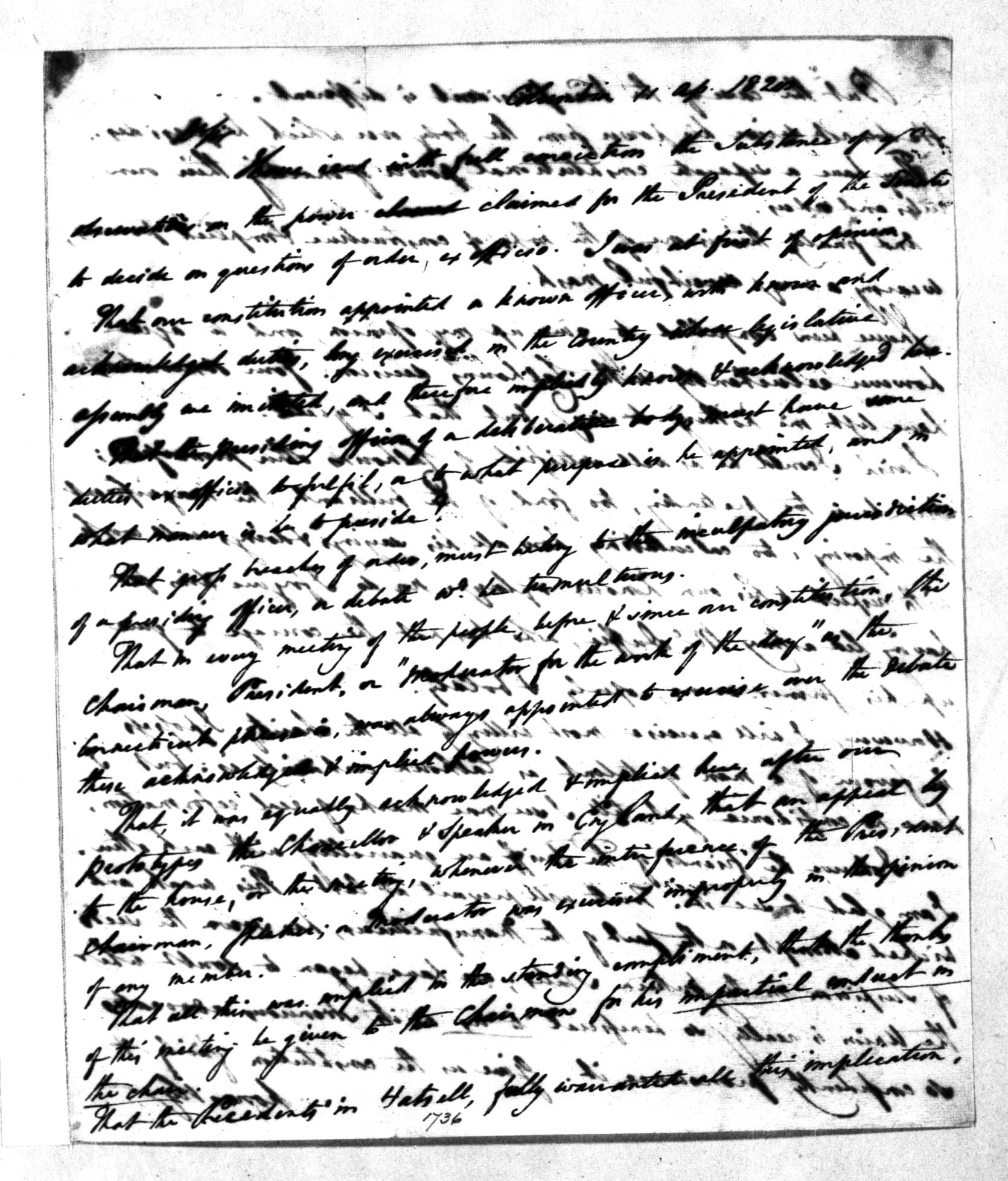 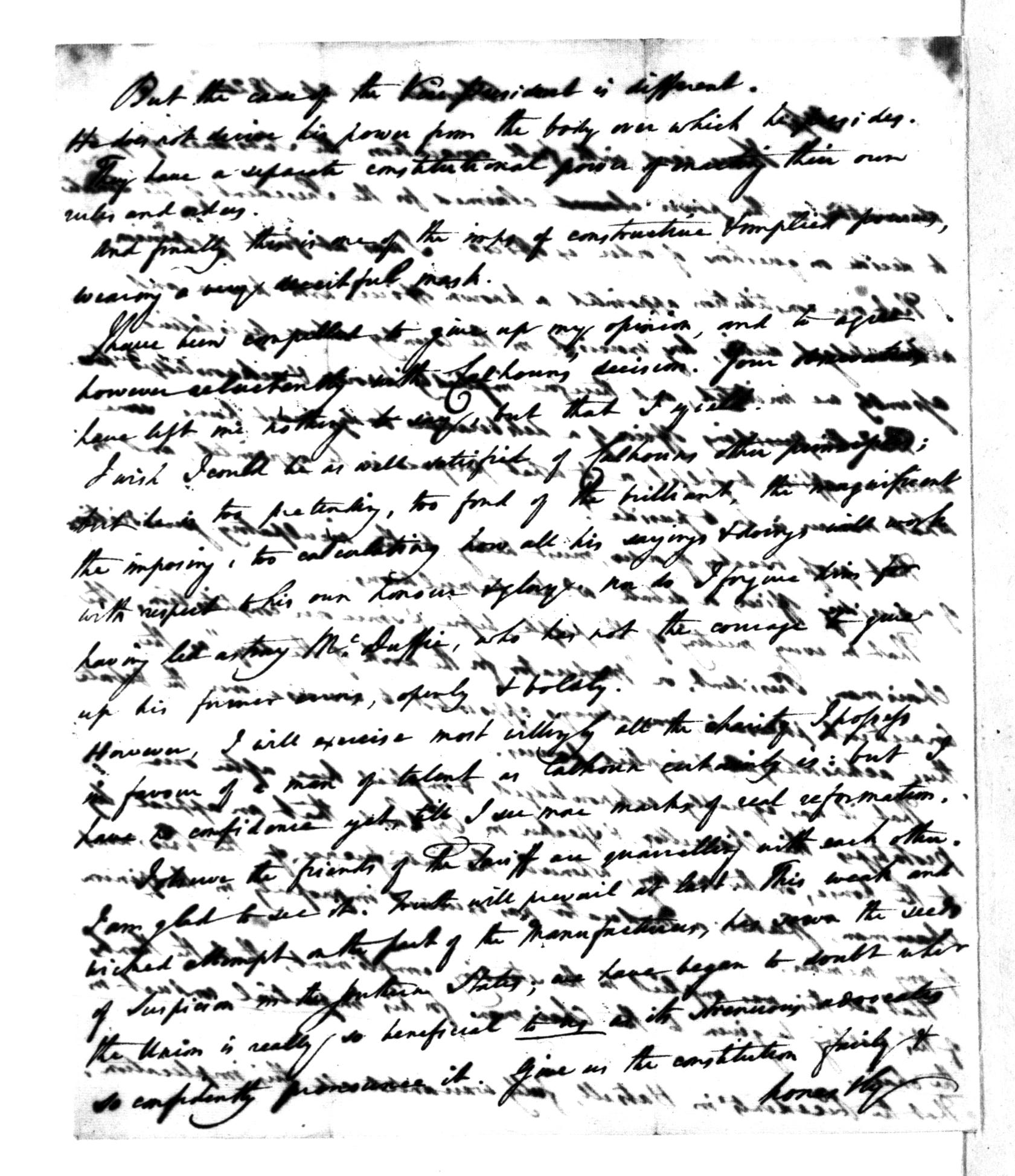 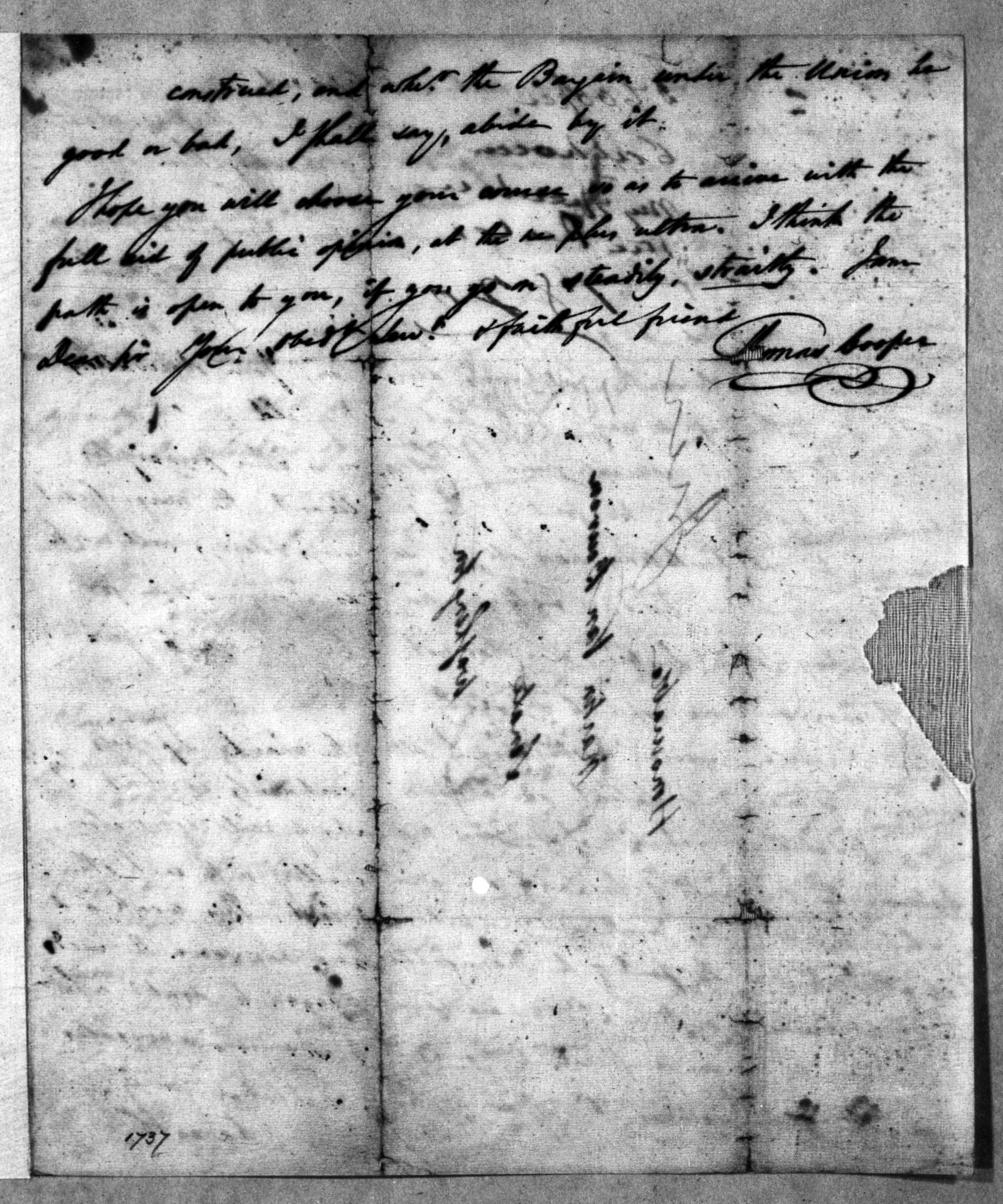 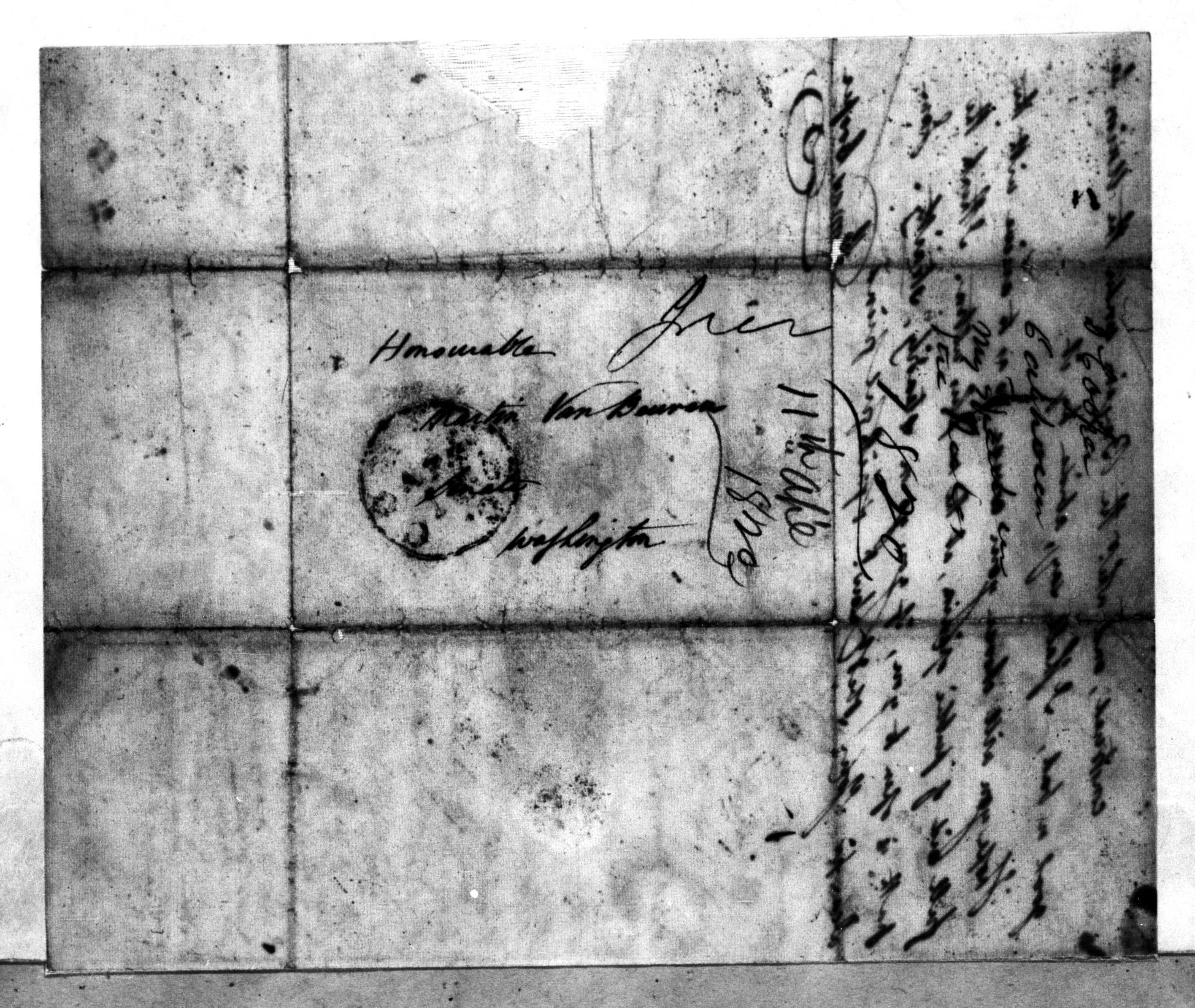