Mr Van Buren <illegible> presents Mr Coleman (for whose judgment he feels much respect) with a copy of some observations recently made in the Senate of the U States. Mr VB is not ignorant of the extent to which his views may conflict with the preconceived opinions on the part of Mr. Coleman of this however he is quite confident that if Mr. C. could for a season be behind the curtain here he would be abundantly satisfied that the only chance for the perpetuity of existing institutions consists in the presumed rigour & perpetual watchfulness of the State Governments. That there is not sufficient honesty at the present moment in the administration of the Federal government to keep decent men in countenance & that we are altogether <illegible> indebted for the little which is left to apprehension of rebuke & resistance for the states. A better opportunity could not exist ^arise^ than that which is presented by the abuses of this administration for those who have so long been under the law of public opinion to cut loose from a theory which has fallen so far beyond the march of events & the character of the times. If any thing is yet wanting to refute the once prevalent error that the danger to the scheme consisted on the feebleness of the head & the greater strength & influence of the members take the striking fact, that the Chief Justice of the proudest State in the Confederacy is at the moment a candidate for a subordinate place in the Treasury Department of this government, to which the Clerks in the office feel themselves entitled by succession & for which none but fifth rate men here would apply.

Wm Coleman, 1828 answer to the substance of a note sent to Mr. C. with my <illegible>

Coleman defends Hamilton agst. the speech on the Rules & order 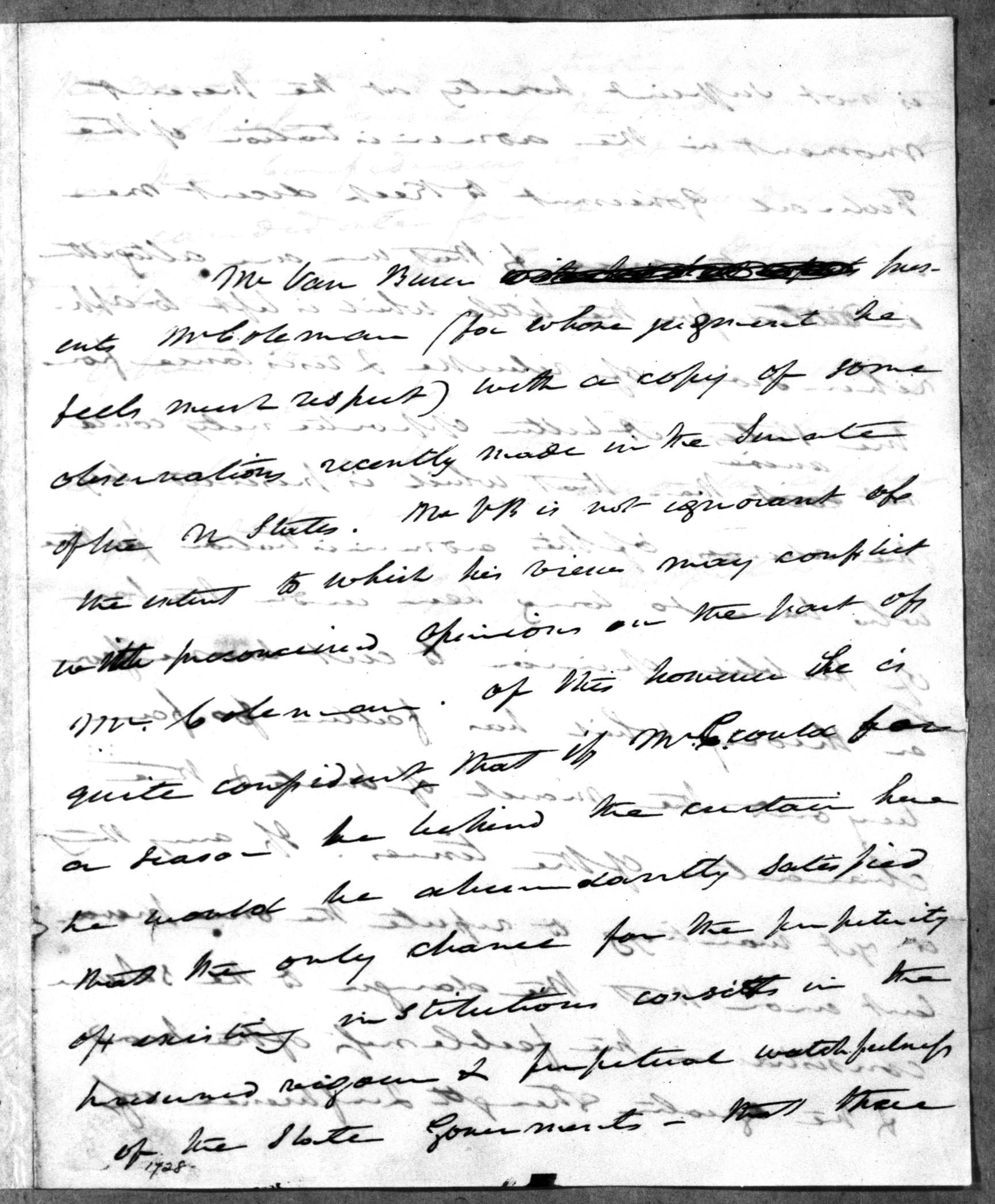 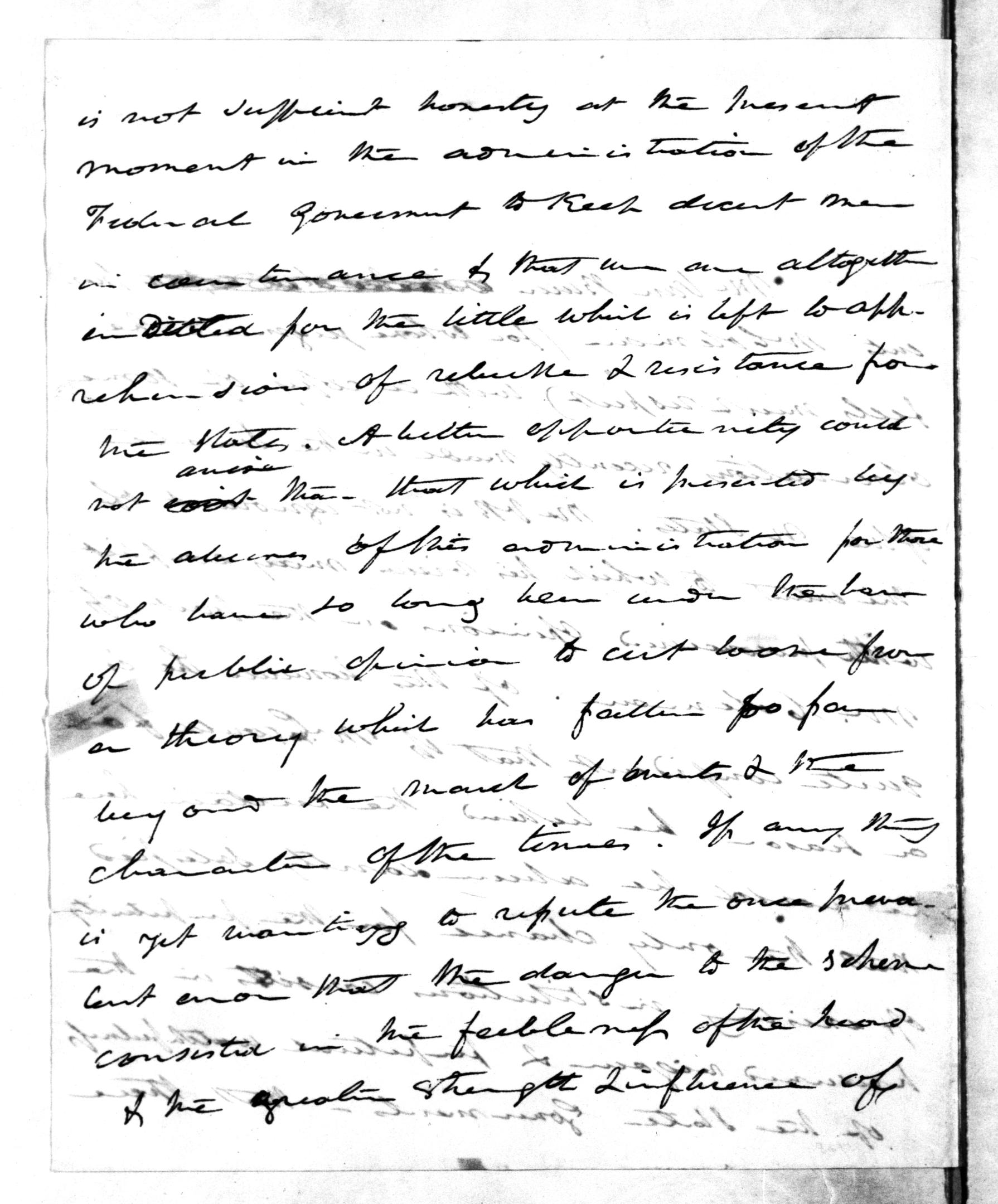 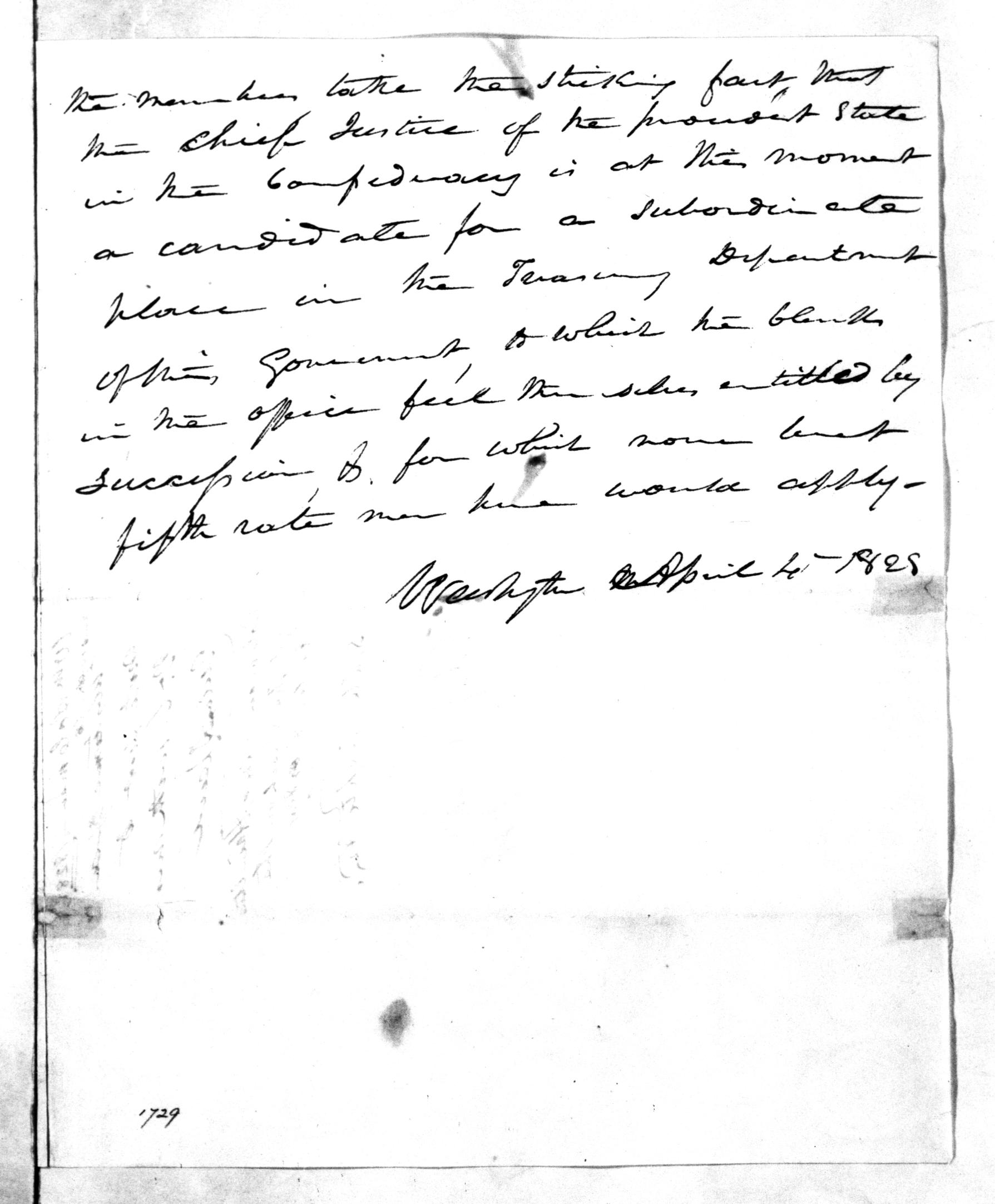 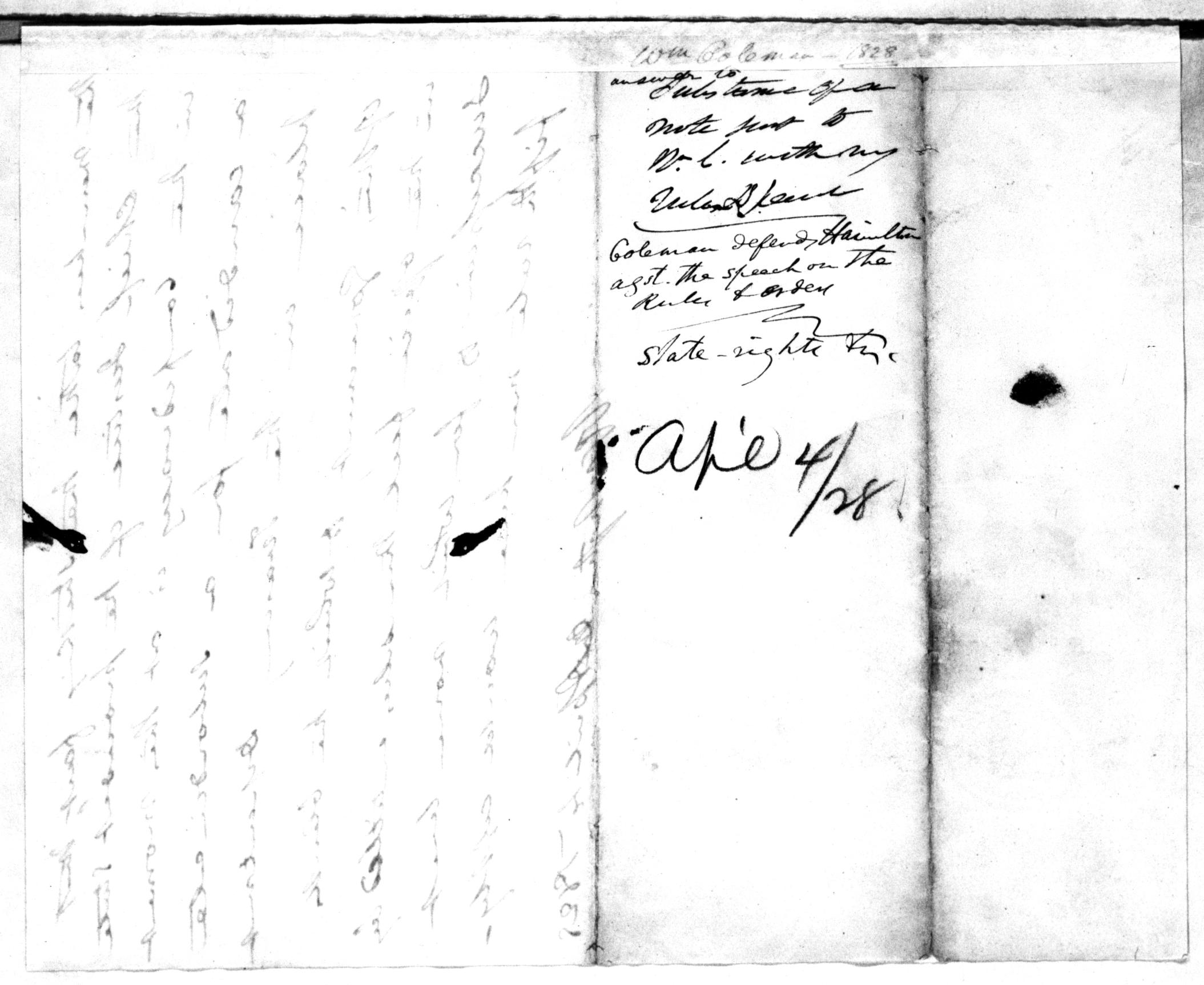