I send you the papers. You must employ good counsel & look Seriously to the cause as you will find it impossible to avoid payment if they recover agt. you. <illegible> Pleasonton is a stiff sort of body whose character you will judge by his letter. He has a handsome daughter & a wife who was once so—gives excellent dinners & is not much beyond that. I thought his <illegible> letter rather formal in reply to mine which was not so & sent him a note equally stiff for your letter which he had not returned & which I thought proper that he should see. I have not seen him since but from his leaving two cards for me infer that he is not quite at his ease.

I enclose you a draft on my friend Col Burr for the amount of a fee for arguing a cause successfully for him here this winter. He authorized me to draw at three days but I have given him three time three. Do me the favor to call on him personally & get the cash out of him before the matter gets cold & deposit it in your Bank for me.

P.S My health is almost re established. 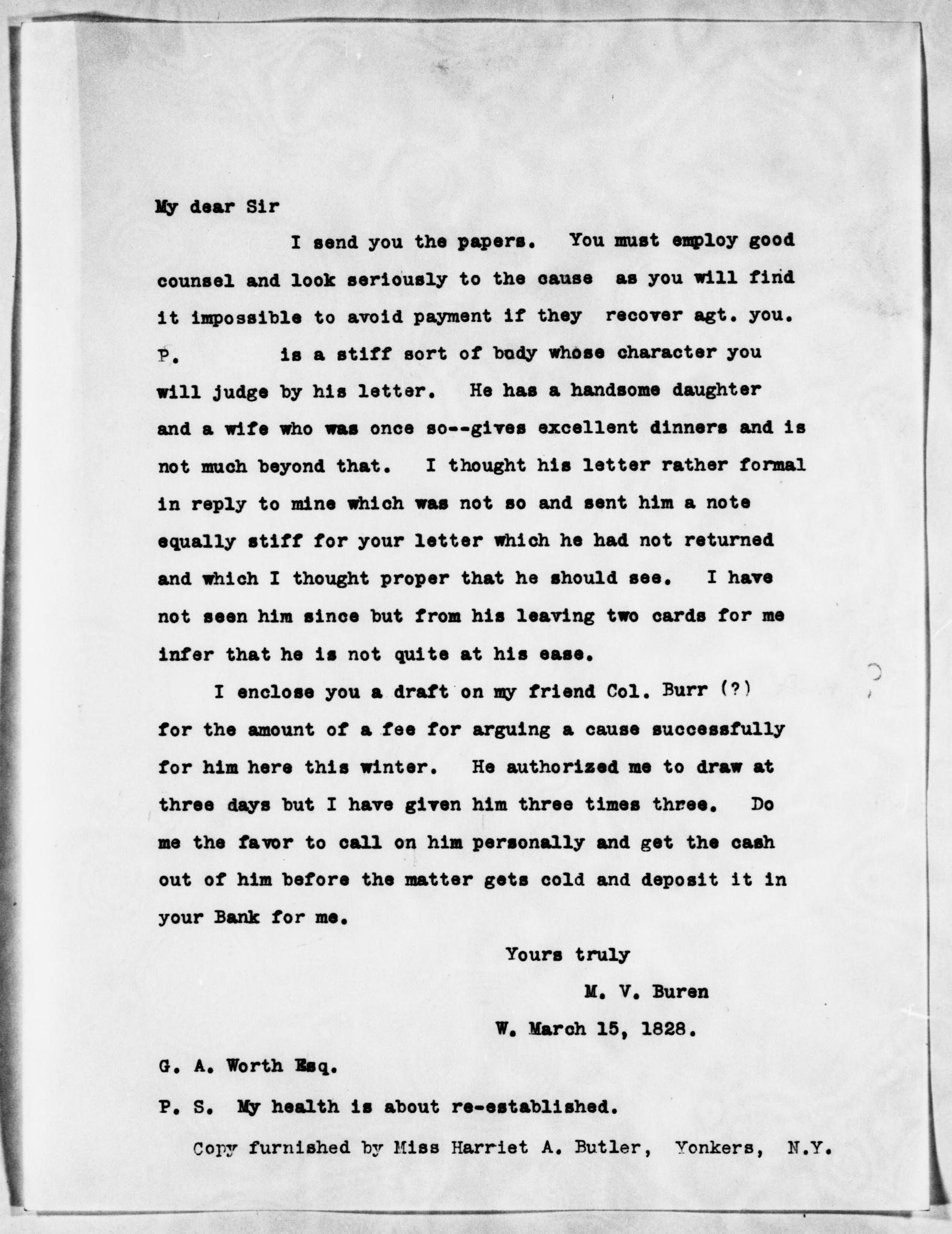