They say Talcott must die & in that event you must be Attorney General. If so is it possible for you to avoid being a politician. In other words is it possible for a man of talents to be anything in this Country without being a politician. You will do me the justice to admit that so far from discouraging I have directly encouraged your withdrawal from the more active scenes of party strife & if I know my own soul I would be incapable of <enjoying> a different course <now> before the impulse of personal views. But I seriously doubt whether you can or ought any longer to keep out of the affray. It is the opinion of all who know you here & such is mine also that your prospects are more flattering there by far than those of any man of your age in the U. States. If however you <may> stick to the library & the courts so be it. But if not, there never was a time when our people wanted a leader more than at this moment. They are frightened to death by Solomon Southwick & the anti Masons. ^Your brother^ Charles also appears to have the fever violently. Ask Dudley ^Marcy^ to show you a ^very long^ letter I have written & read as much of it as you have leisure and inclination to wade through. I have a letter from Mr Ritchie yesterday in which he wished me to say to you that they are all charmed with your two speeches on Clintons death & the provision for his Children & that he will send you the two books he promised you. I promised Mrs. Ritchie some double sunflower seed. I wish you would get it from Judge Buel & send it down forth with as they have Summer there now. I am nearly well & mean to be quite so for the future god willing. Remember me kindly to Mrs. Butler & the children. You must get me a copy of your medallion likeness in exchange for my <bust>. Do me a favour—I am extremely busy. Ask Lorenzo to pay Mr Coffee $60 out of monies he is to collect for me or do you advance it & let him reimburse you. The money he was to receive is not wanted for the purpose intended. Write at my instance and so for in my name warm letters of recommendation for Mr Coffee ^as <illegible>^ to Mr Elliot Mr Dwight, Harrison G Otis & Mr. Sullivan of Boston. Mr Black will give you the <names> of Dwight & Elliot. I mean the elder of the two Elliots. 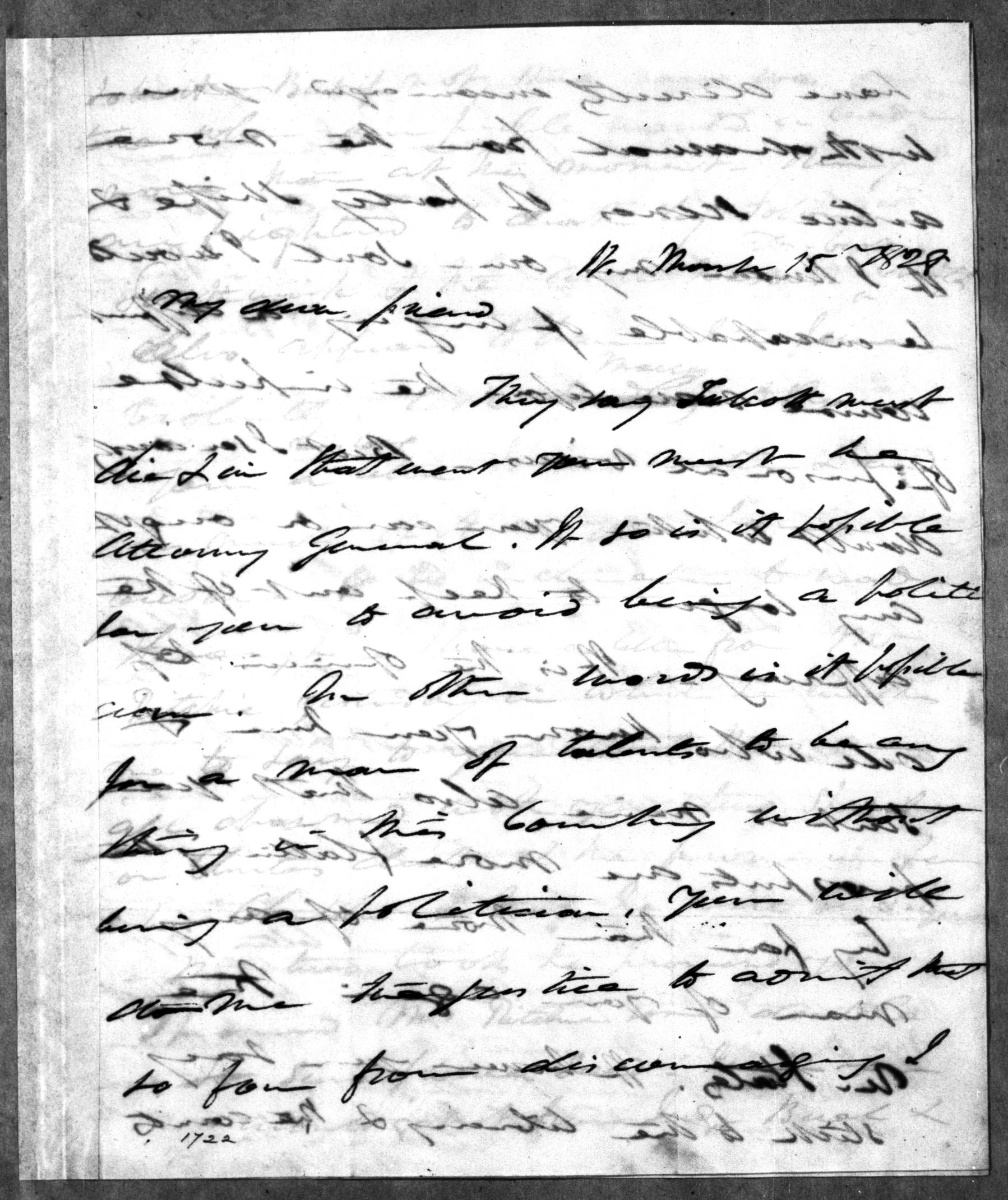 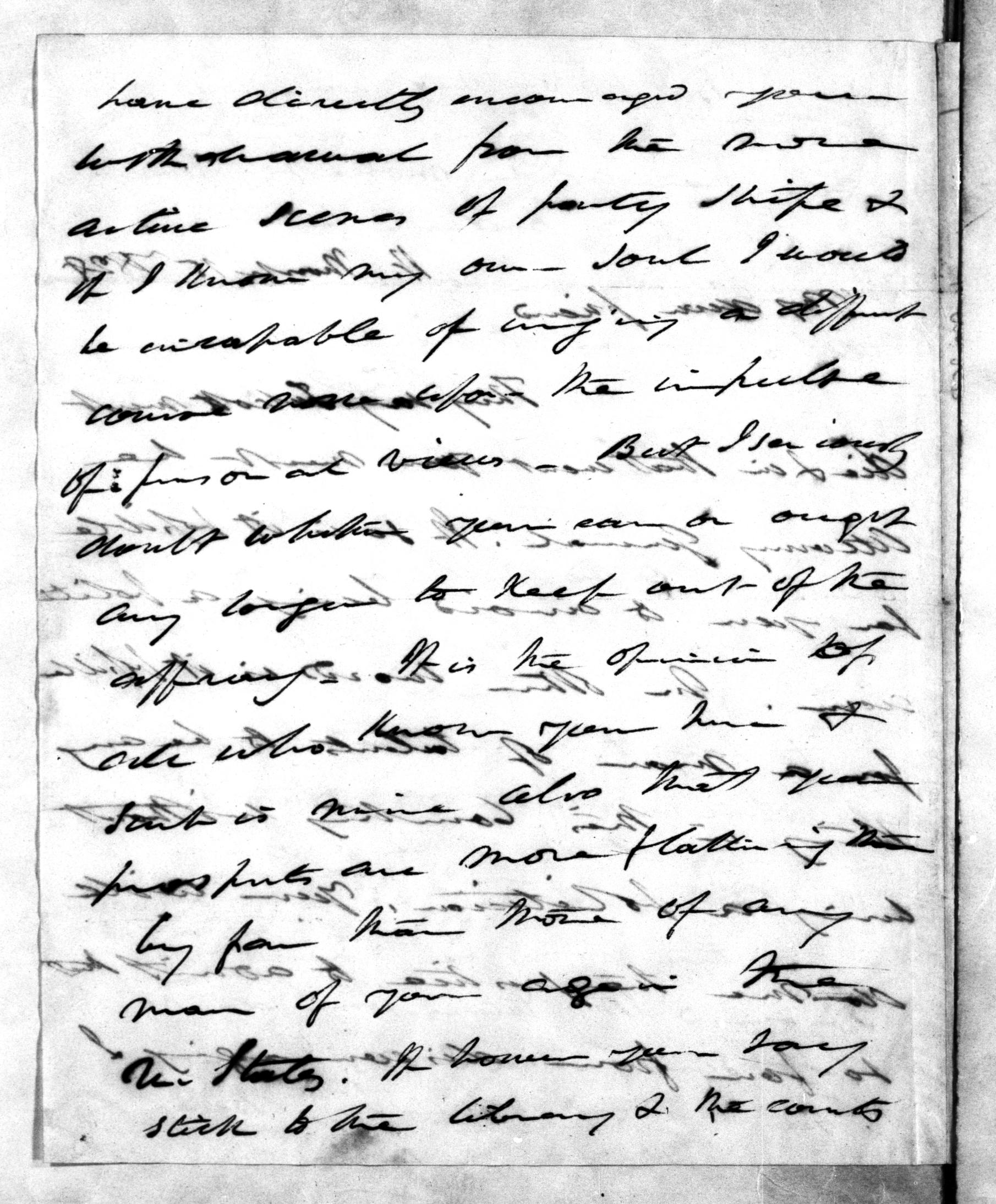 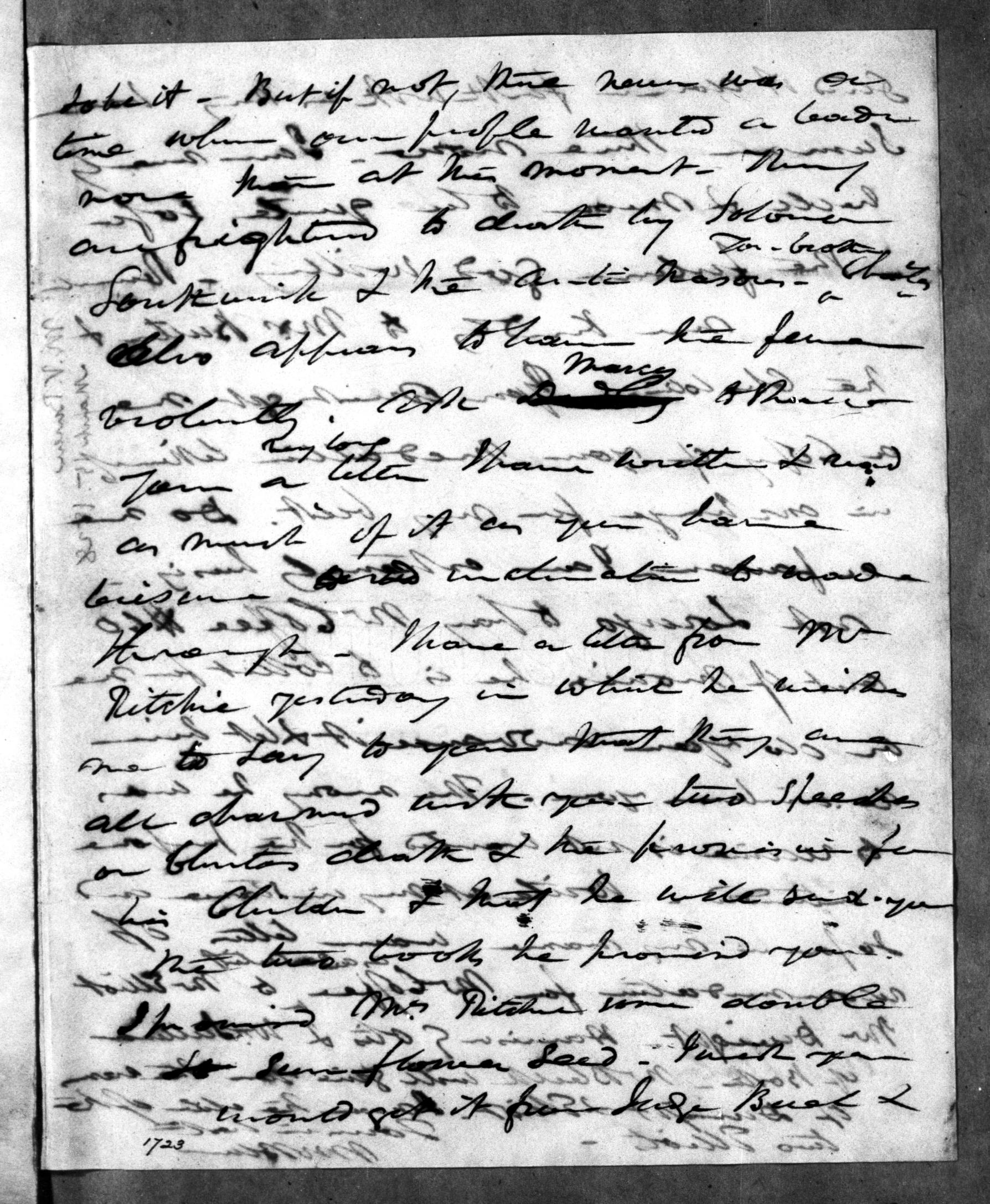 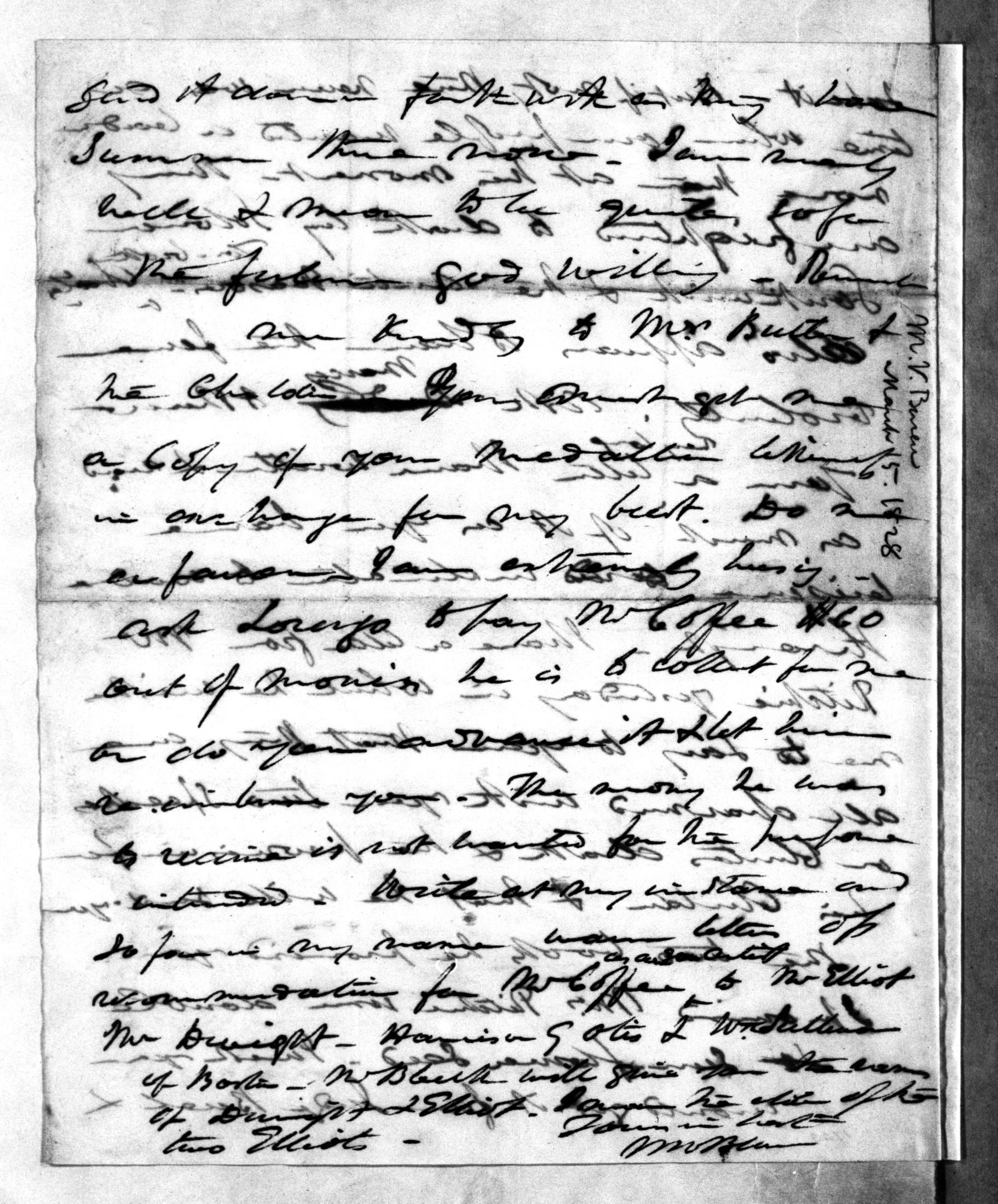