The proposition was made to me by Mr. Webster in the House of Rep. on the morning of the last Presidential Election & whilst the returns from various states were under examination the two houses being together. Mr. W. came to my seat & remarked that if Mr. Adams should not ^be^ elected on the first ballot, he had in his possession an important correspondence which he desired to shew me, before we went into a second ballet. I enquired the character of a correspondence which it would be important for me to see only in the event of Mr Adams failure on the joint ballot. He said he had received a letter from a distinguished federal gentleman (whose residence I inferred from his remark was remote from Washington) expressing his apprehensions that from Mr. Adams' peculiar relation to the old parties in the Country he would not be able if elected to remove the proscriptions against federalists & admit them into a proper share in the influence of his administration—that he had written an answer to this letter founded upon previous conversations with Mr. Adams, & before sending, submitted it to Mr. Adams' inspection—that Mr. Adams had either altered it himself or suggested an alteration in one or two particulars which was adopted and that the explanations in this answer would be entirely satisfactory in his opinion. He said he had retained the letter addressed to him & the original draft of his answer as modified by Mr. Adams or at his suggestion. I think the former which he intended to seal up—to be guarded ag’st accidents & to be used whenever the occasion should call for it: & that he wished me to see it in the event alluded to. I replied to Mr. W. that such a correspondence could have no influence on my conduct in the approaching election & that I neither desired nor would it be proper for me in my opinion to see it. He did not name his correspondent & after receiving my reply immediately left me. I afterwards learned his correspondent was a member of the House of Rep. to whom he read the draft of his answer, with a like account of Mr. Adam’s revision of it, but to whom he had not delivered it or any copy more than a week after the election in the H. I have above given the substance if not the words between W & self. Extract of a letter from Mr. McLane to M VBuren June 18th 1827 returned at his request October 17th 1827.

Extract of a letter 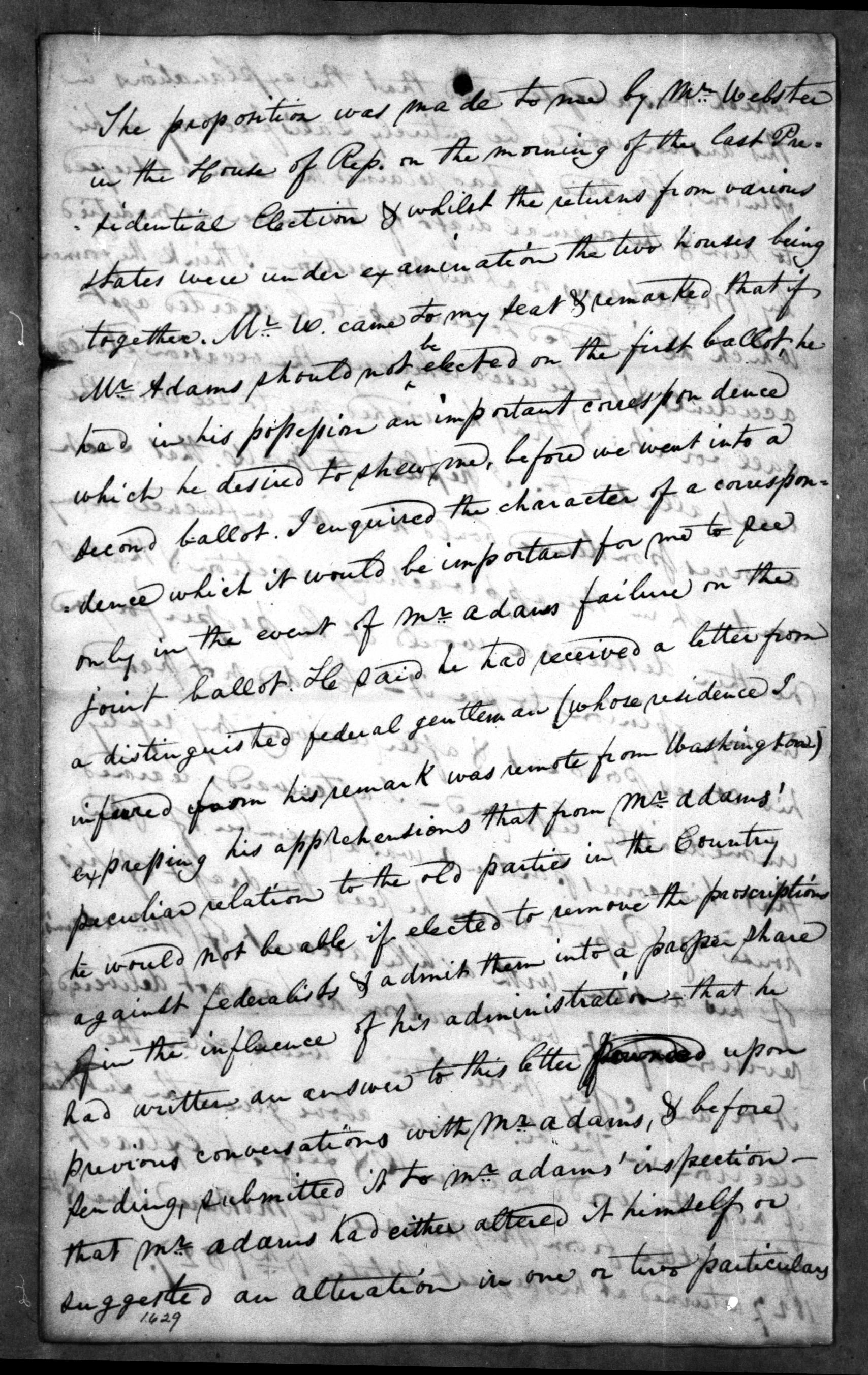 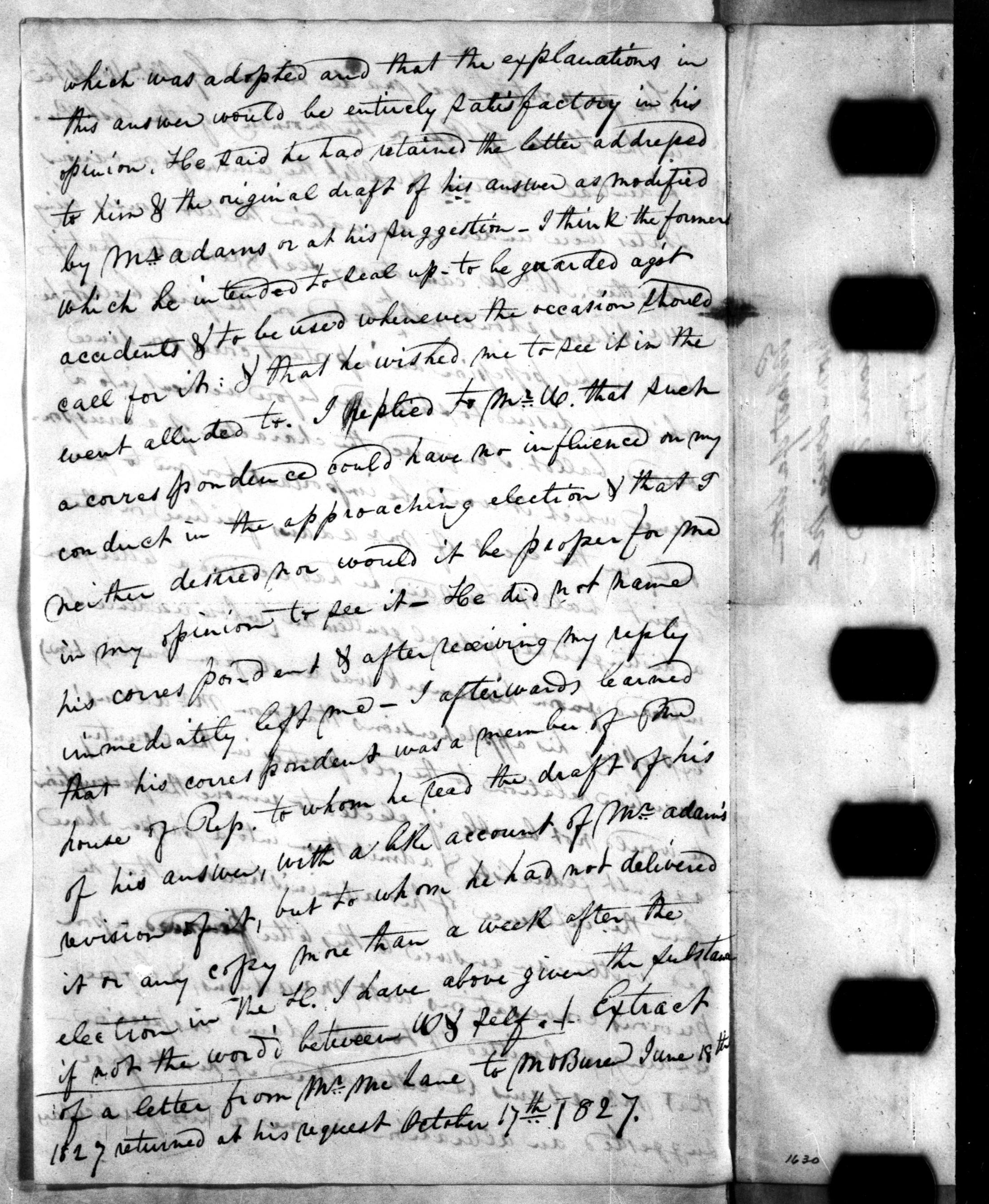 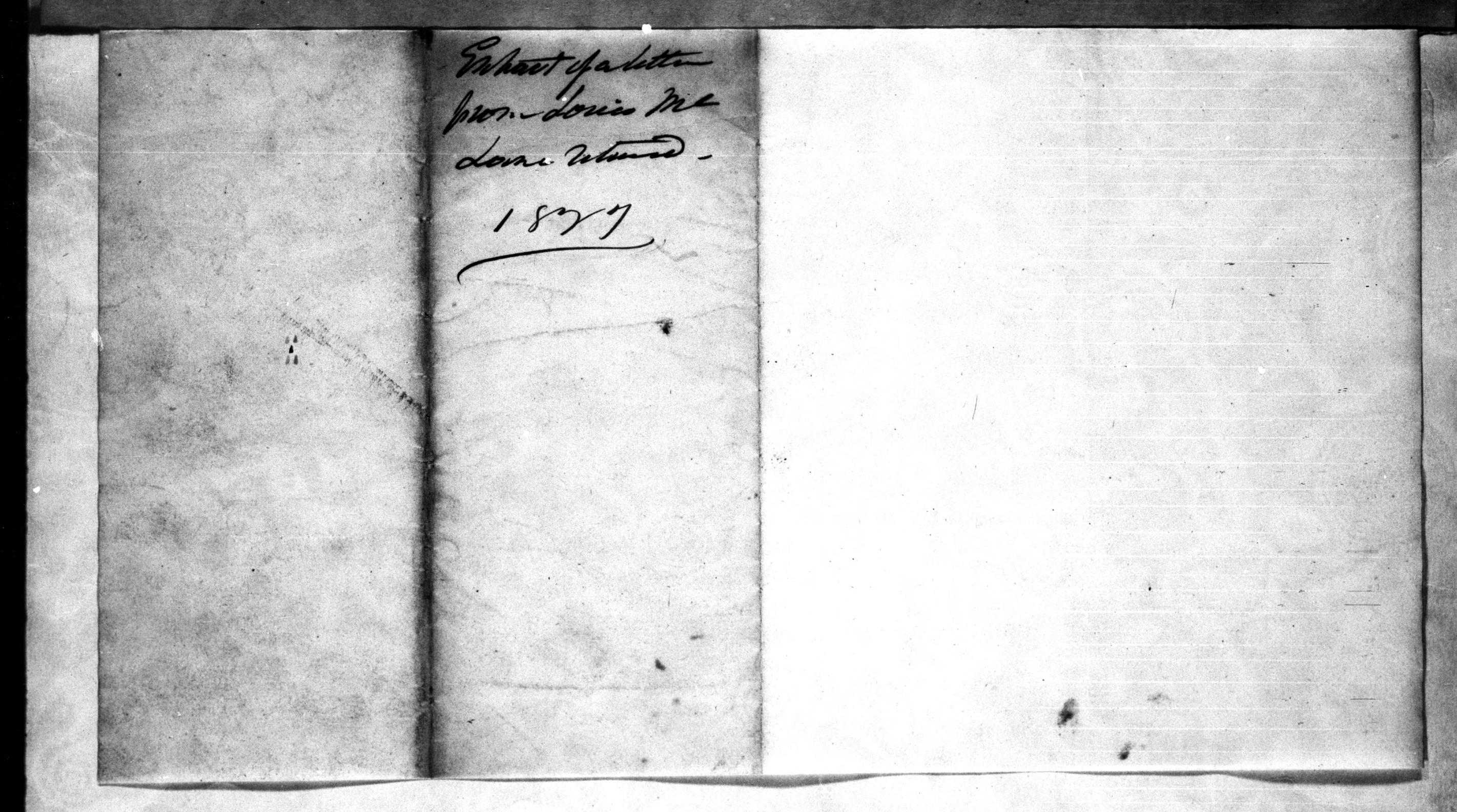 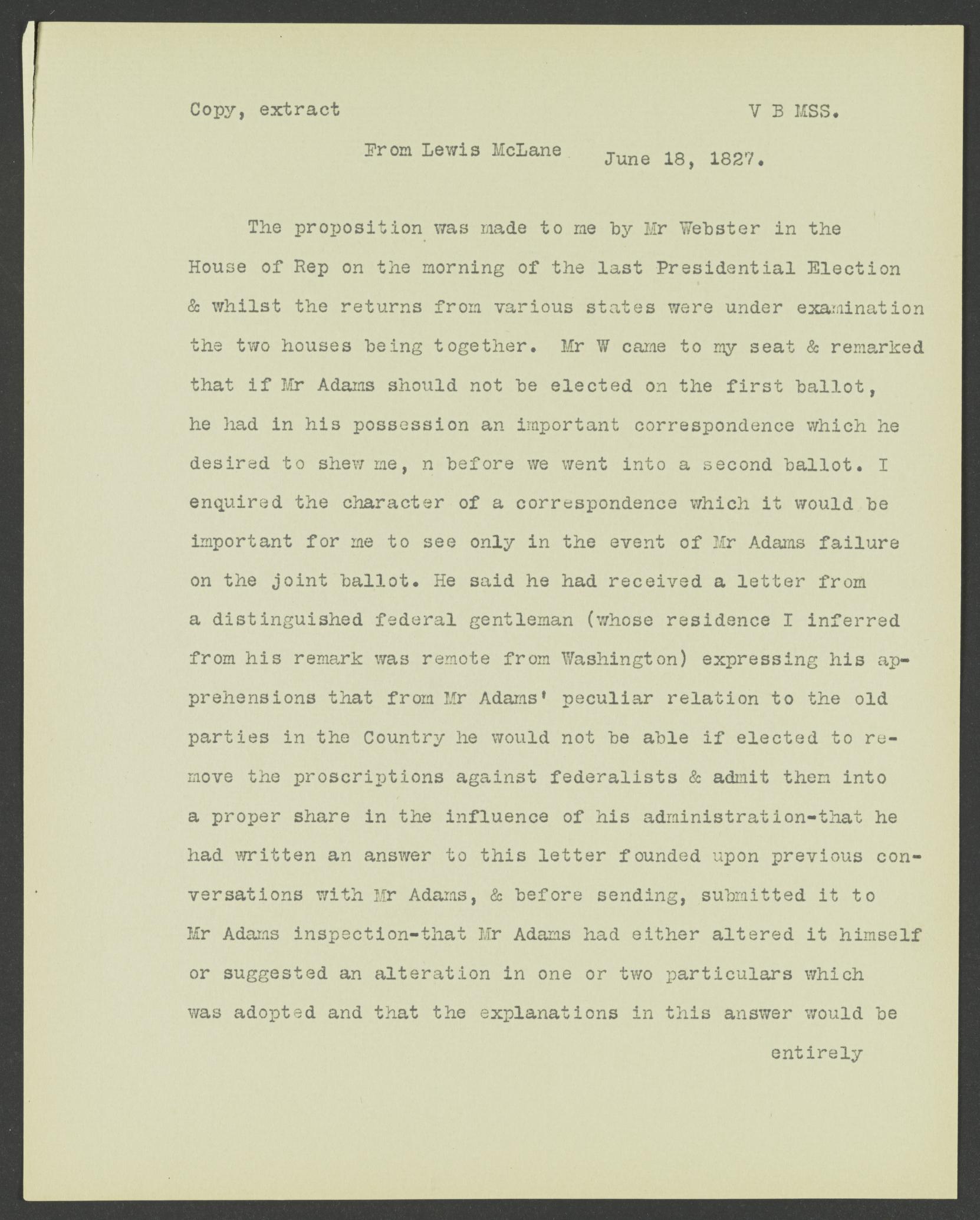 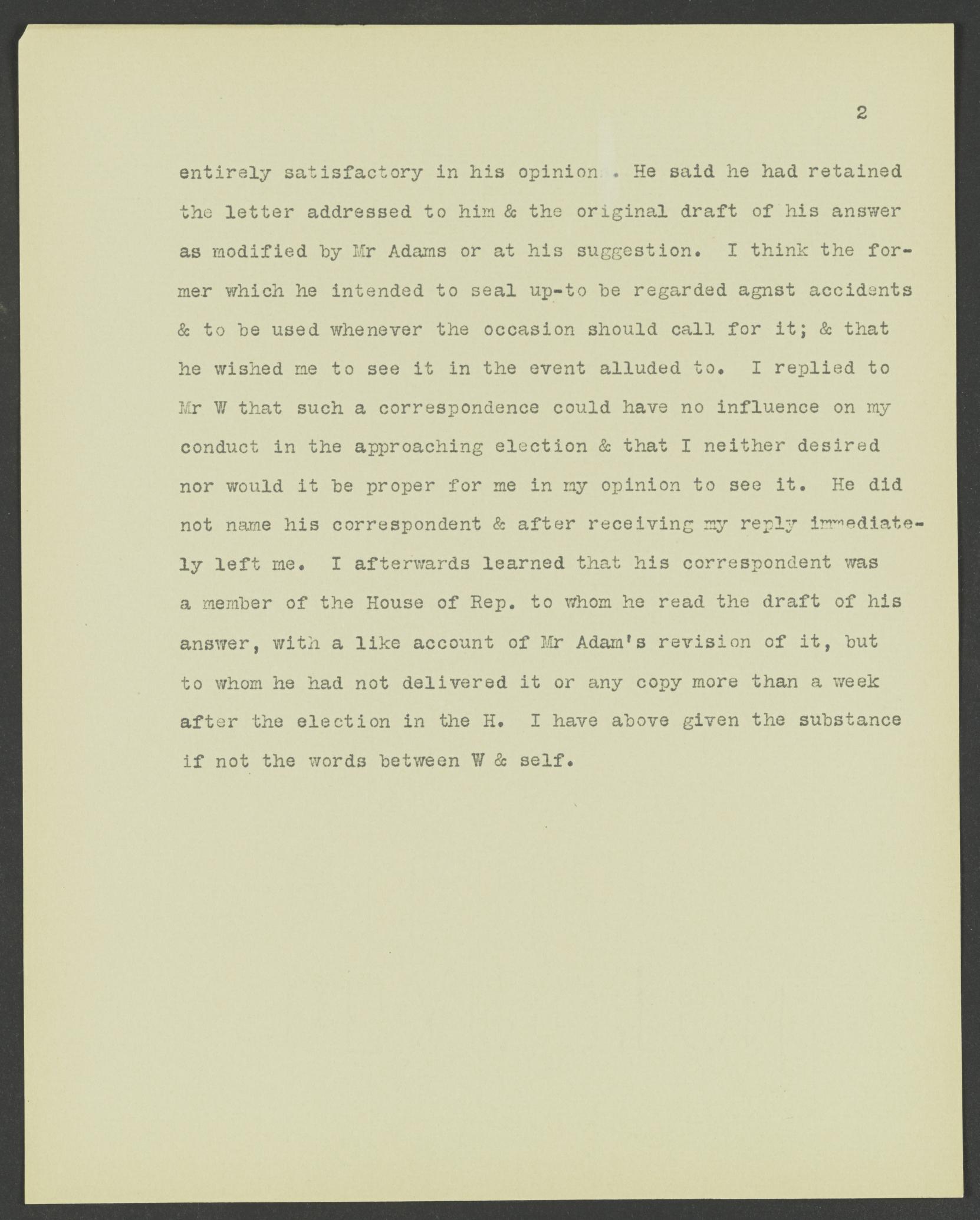