I received today a letter from our friend Cambreleng enclosing me a paragraph from the "New York American" denying a statement copied by the Evening Post from the "Phila. Palladium" of the 6th. October, relative to certain overtures from Mr. Adams to the Federalists. You will doubtless have seen the "American” before you receive this letter and I will therefore only subjoin one or two paragraphs from Mr. Cambreleng's letter.

"Look, he says, at the enclosed. The President passed through here day before yesterday and authorized that contradiction. It is lucky for us that he had little Brent at his elbow, instead of either of Webster or Clay."

After informing me stating Hamilton's desire to meet me in Phila. tomorrow, he says he (Hamilton) recollects an interesting conversation with Mercer on the overtures made by Mr. Adams to the Federalists, and I recollect what passed between you and I in the committee room the morning after the election."

Now, my good Sir, the conversation I had with Mr. Webster was made known to you and, I believe, our friend Cuthbert perhaps on the day of the election, for I felt no obligation to treat it as confidential, but ^neither^ that conversation, or any thing else I ever heard authorizes the statement in the "Palladium.” Indeed, ^I beg you to be assured that^ I have no idea that the statement there made has any reference to any knowledge of mine, much less that it has gone in any way from you; and but for the closing remark in Cambreleng's letter I should not have noticed it. That remark, however, gives me some reason to apprehend that my name may be <brought> ^dragged^ in some way into this matter, and therefore that I may have it in my power in such event to do myself justice I beg that you will send me a copy of the letter answer I wrote you last summer, in reply to your letter on this subject.

The statement in the Palladium may be susceptible of proof, and the transactions of the winter of 1824-5 ^or rather Mr. Webster's agency in them,^ may have assumed even that shape; but it is wholly different from any version of the subject that I have ever heard. Such a statement ought certainly not to have been made as merely leading to the disclosure of different facts, or to impose upon public men ^by in one it means^ the necessity of appearing in the newspapers. What did pass between Mr. Webster and myself is distinctly remembered, ^is accurately stated in my letter to you^ and had it been stated as it really was, could not have been desired by him. From a full disclosure of it, when called upon by my own self respect, or the public interests, I shall not shrink, tho' I confess I do not see the propriety of <hazarding> recklessly hazarding friends and foes in this devouring contest; but if by any means whatsoever my name be associated with the statement in the "Palladium”, <illegible> the truth of that statement, and the authority for its publication I must oppose a positive denial so far as I have any knowledge.

I pray you to send me a copy of my letter as early as you can, and believe me to be

I am confident I never could have made to Cambreleng a different representation of the conversation between Mr. W. & I. than I made to you at the time, and in my letter the last summer, which I have no doubt will correspond with each other in your recollection. He ought not therefore rashly to draw me into this controversy. 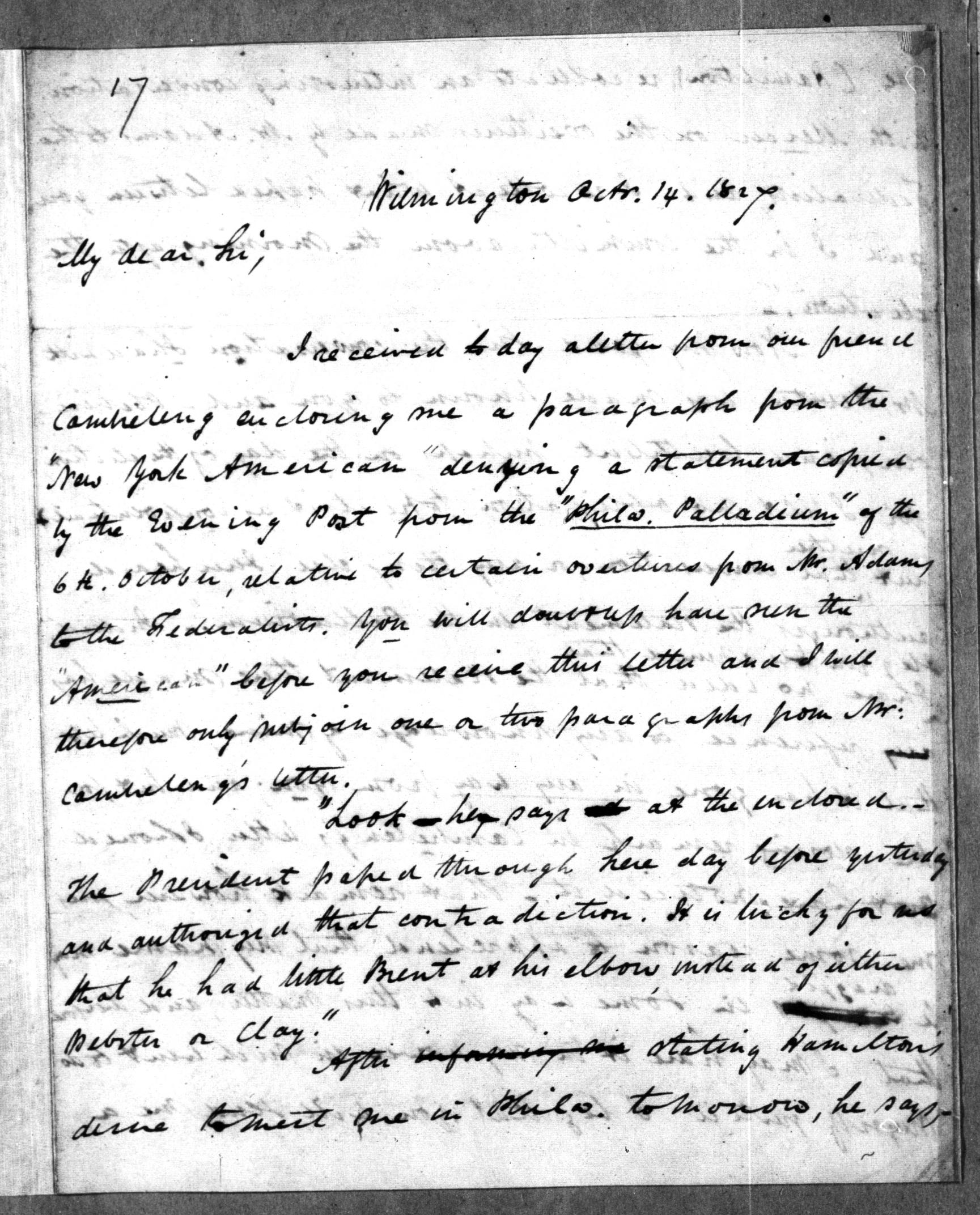 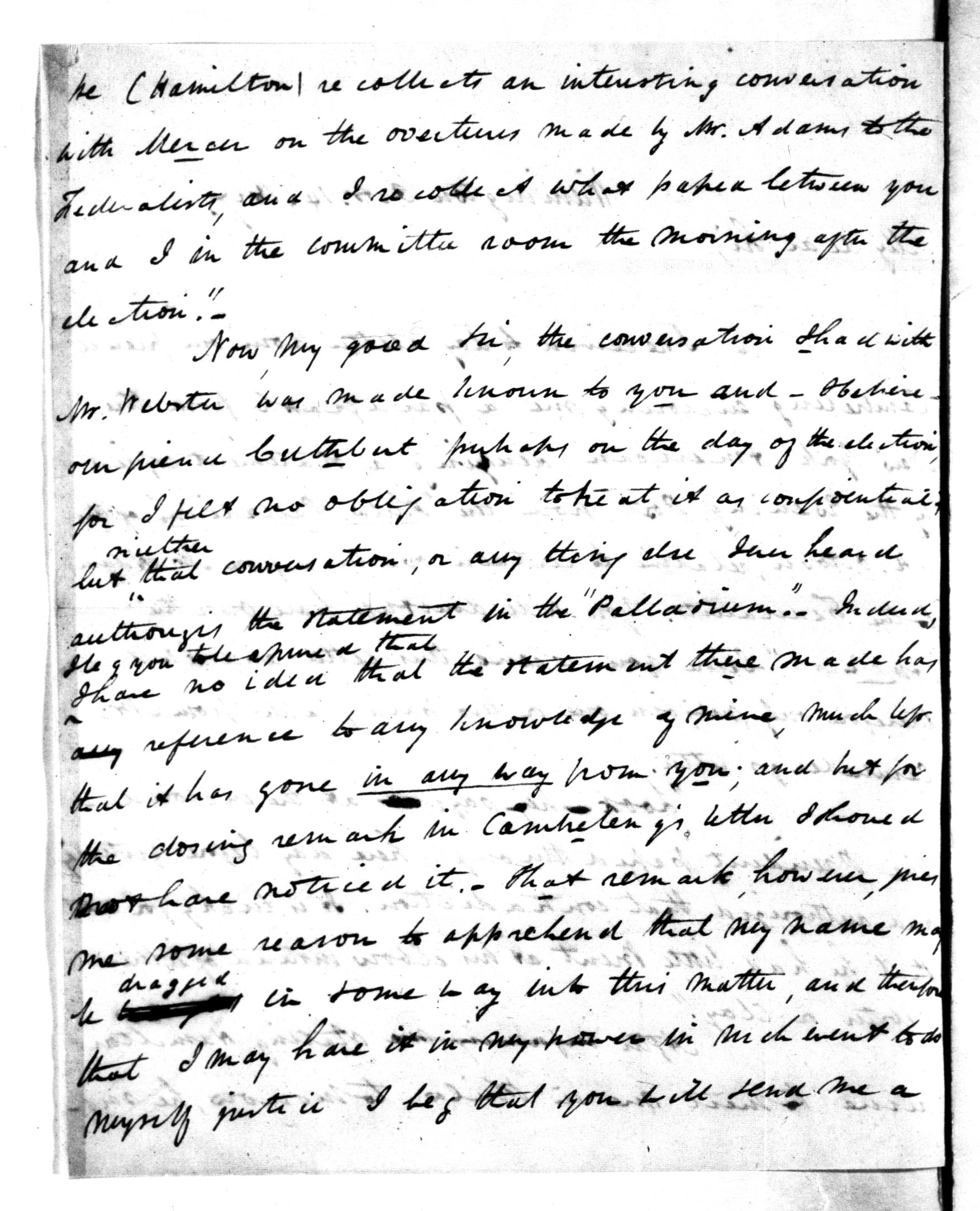 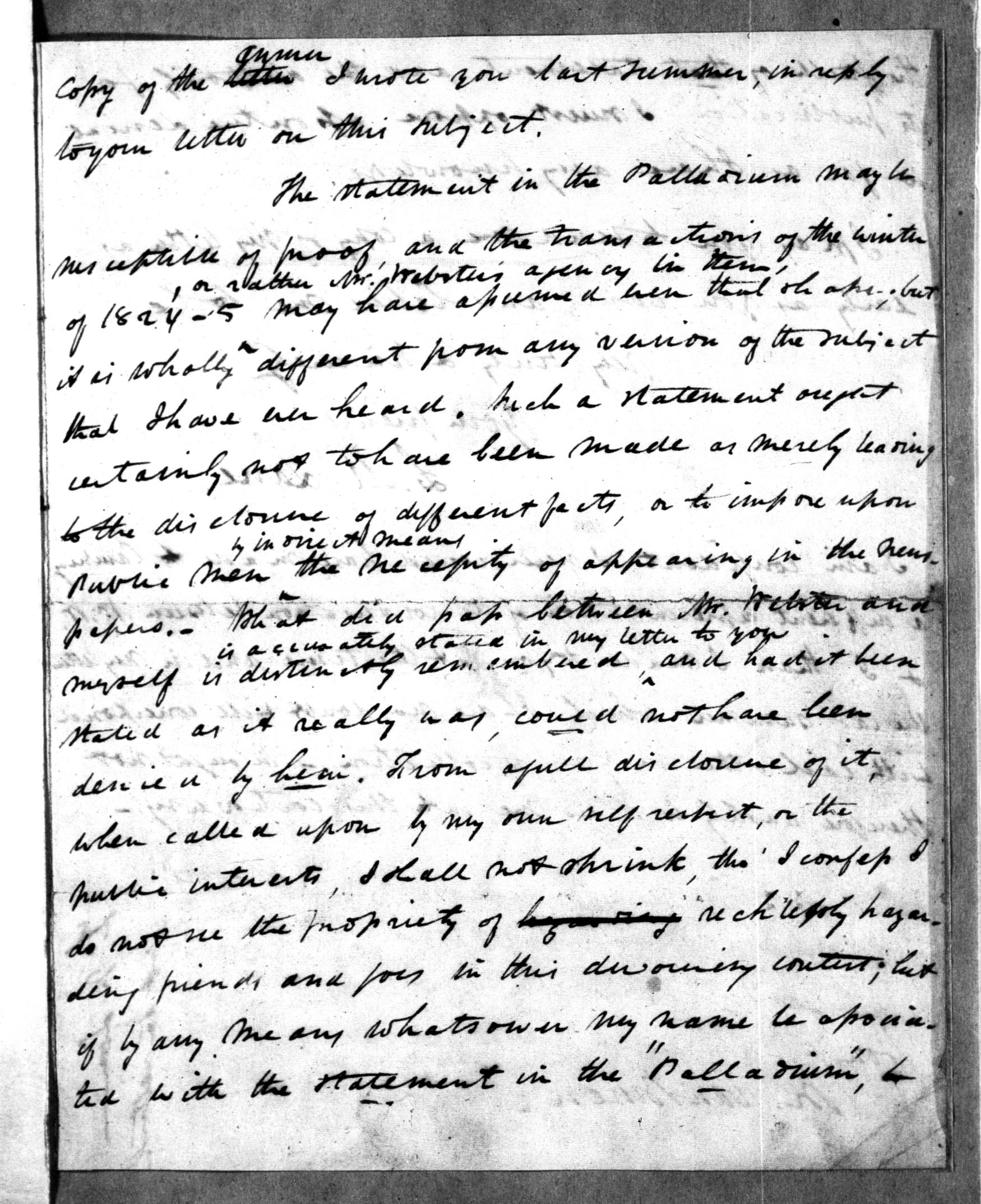 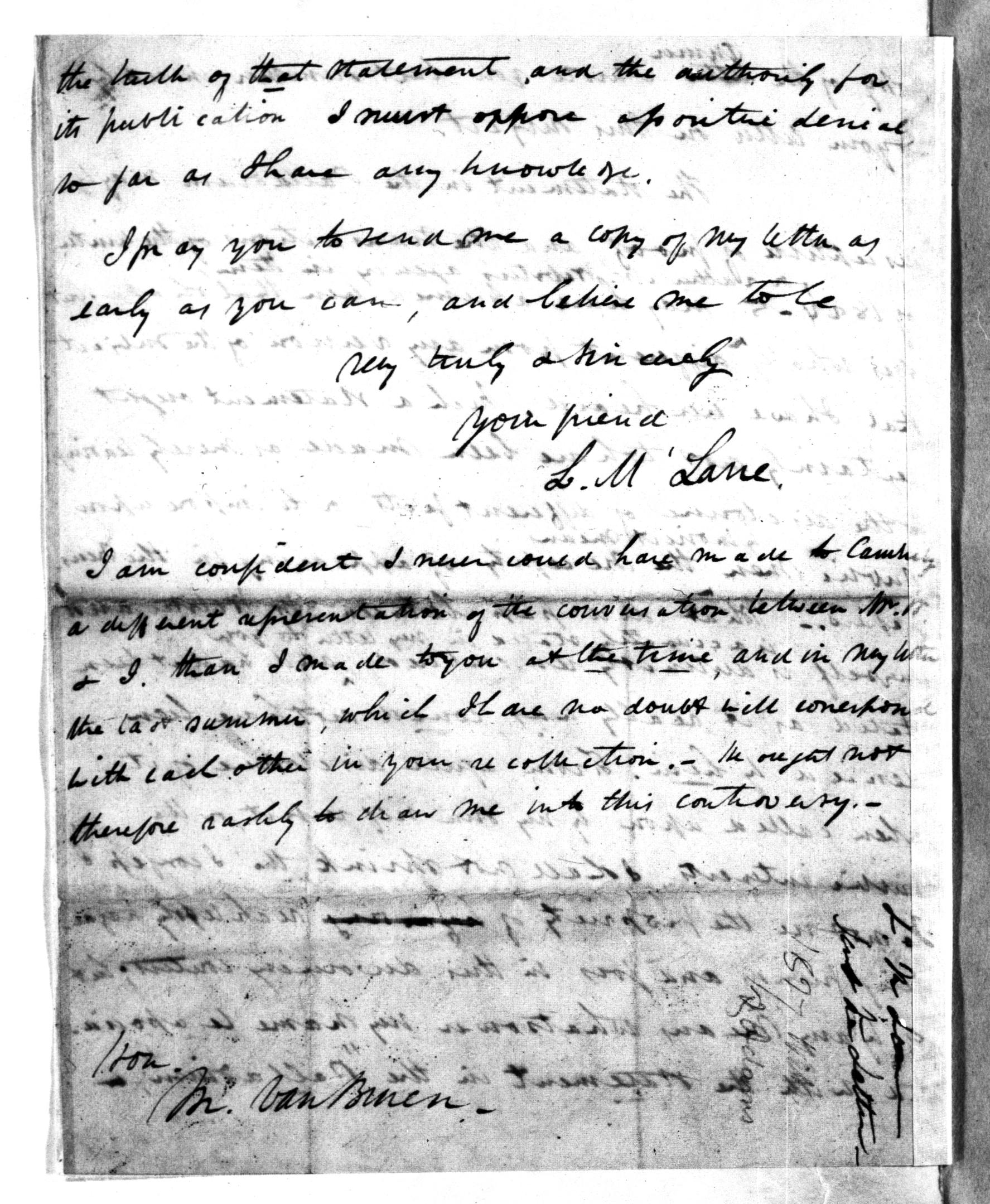