I thank you for your Speech. It is most excellent. There were few Speeches that have pleased me So much. You have hit the nail on the head and have Clinched it most completely, when you Stated the real grievance—Jealousy of N.Y. The East have lost their Commerce at least in your city, and they now are anxious to employ their Capital in the Woolen manufacturing. Not satisfied with measures to <illegible> of it, they want a monopoly. That will deprive N. York of one of its great Sources of commerce. We have lost one great Branch of trade, and I fear that G. B. will not <renew> the Convention. If they should not, they will participate in the <illegible> of our <produce> for their own. At present they participate in very little thereof, and as we are Striking at their manufactures by prohibition, they will have no Objection in Continuing to use the monopoly we now have of the Carrying to and from G. B.

The accounts from Kentucky appear favourable to Jackson. It promises at least four votes in that State. Maryland is alive & in his favour, and Delaware appears that it will give at least <four> Votes for Jackson, which will Elect the General without N.Y. ^or Jersey^ unless he should lose part of Louisiana. Mr. Adams letter to S. Harris has done him great Injury. All those who fought at W. Point, and those who were in the Trenches and ready to fight are offended at the Contemptuous manner in which he mentioned that defence. The Citizens praised themselves highly for their Conduct and bravery on that occasion. The <illegible> has done them Justice their President has (they say) done them injustice. Two leading <Characters> in Hartford who were foremost, and friends to adams, have openly declared against him and give that letter as their reason. The pride of the whole State has been wounded. The <illegible> most raised by them is a Commemoration of the Glory they thought they had obtained, and they are outrageous. 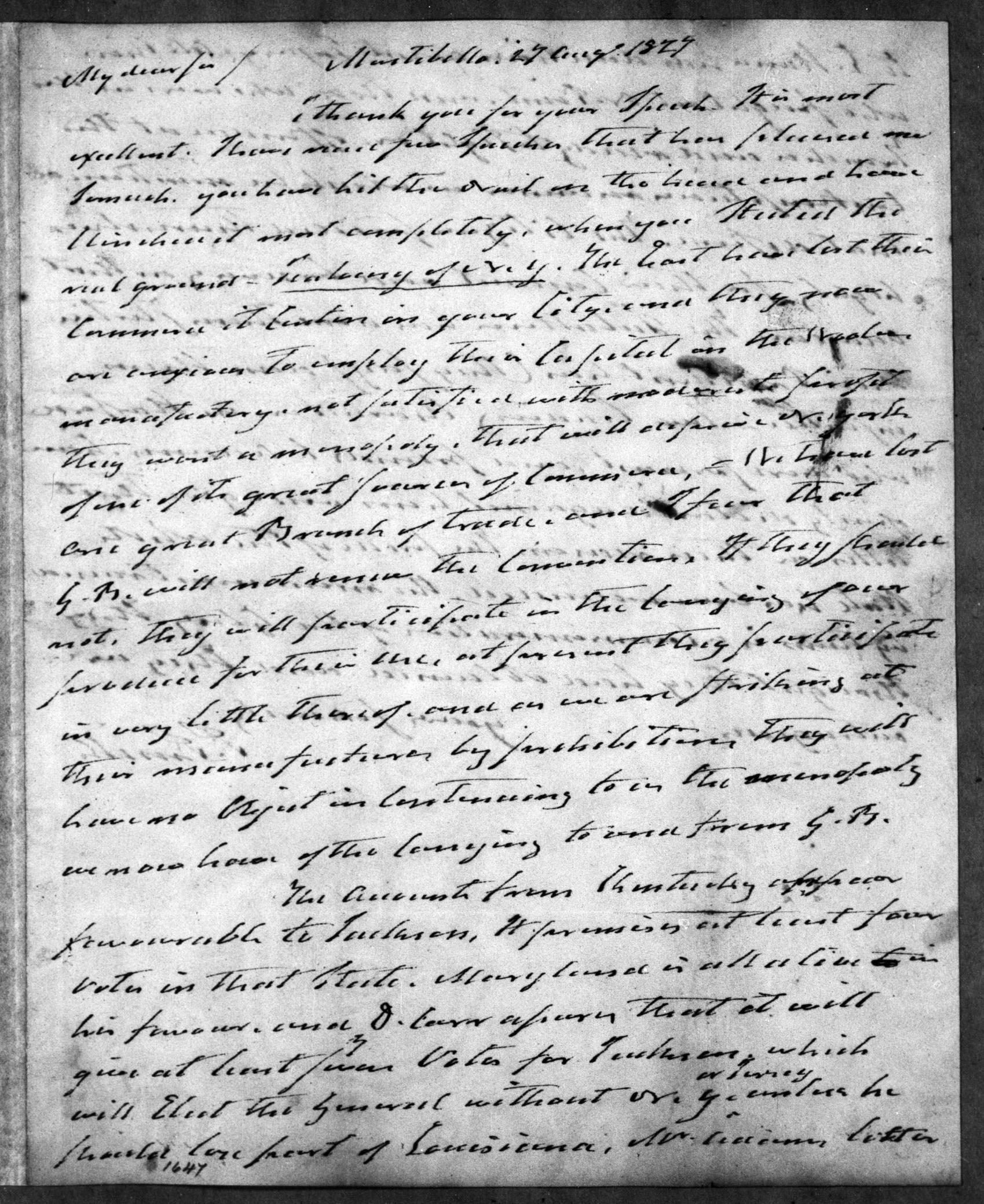 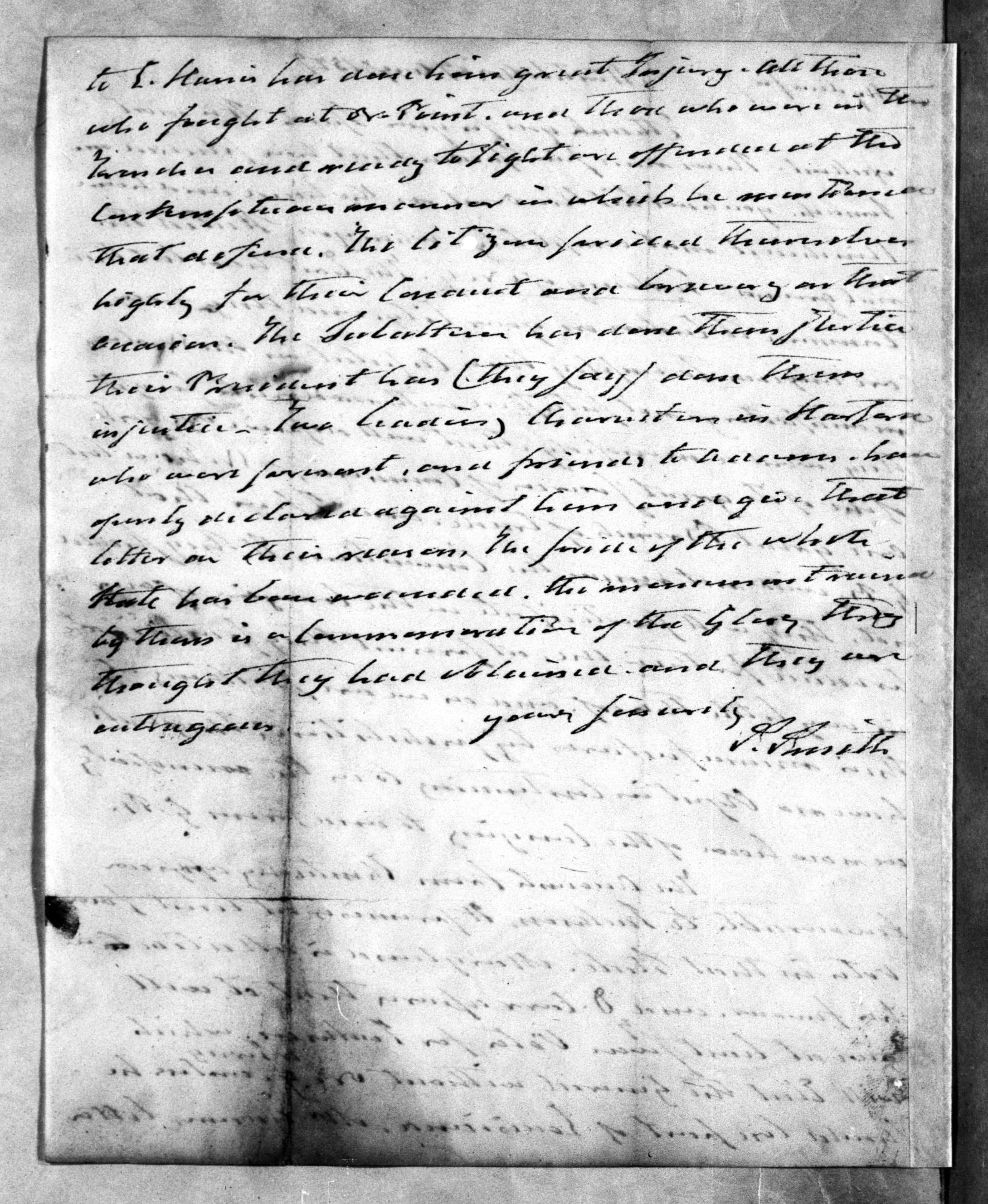