The Jackson meeting in this City was numerous, and the delegates Selected form the most respectable of our Citizens. Their Chairman General Forman had been an Officer of the Revolution and commissioned a Brigade in the defence of Baltimore & is a Gentleman of a large landed Estate and in high Standing as a good Citizen. <illegible> He has always been a firm Democrat of the Jefferson School. The meeting was conducted with dignity and propriety. Mr. Maxcy (one of the Committee) wanted to <mix> the report with Something relative to the Vice President. This was resisted as foreign to the Object of the meeting & met with no Support. The delegation gave flattering hopes of their personal districts. In which some of them are no doubt mistaken. I had no intercourse with any of the delegates except one he appeared Confident that his district would give a Jackson Elector, and I am inclined to think he is Correct, altho: <illegible> the contest will be a Close One, as will be the double district Composed of this City ann arundle County and part of Montgomery,: I think our probability is, that it will give two Electors for Jackson. The County of Baltimore will give one for Jackson. In every district the Contest will be warm and Close and it is extremely doubtful whether Adams or Jackson will have the greatest number of Electoral Votes. All the old parties are <illegible>, and every family divided. Fathers and Sons dividing against each other. I believe that Charles Carrol (of Carrolton) is in favor of Jackson. It is certain that his Grandson’s Carrol and Harper take an active part in his favor. Col. Howard and his Son are in his favor and <they are> active partizans. The friends of Adams are highly respectable, and their meetings in this City on the 4 July will be well attended. Both parties will act with Coolness, and in a dignified manner. Chambers and C. Dorsey have addressed meetings of the Adams men. This may Compel <illegible> Some of the members of Congress favourable to Jackson to take a familiar course.

I find from a Conversation I had on yesterday with a partizan of Adams that the administration Counts with Confidence on <Pennsy>. They <illegible> their opinion on the <association> of that State to Internal improvements and manufacturers and the hostility of Virginia to both. It cannot fail to have weight, but to what extent is the question.

I saw Walter Lowrey yesterday ^from Washington^ on his way to Philada. He had just returned from his former residence near Beaver Pennsy[. He] said that the people appeared partially tranquil & very little agitated. I did not question him particularly, but I thought that his Opinion was that little if any alteration have taken place in <Western> Pennsy. He said that Mr. Clay was going to the West. The Kentucky Elections take place in August, much will depend on them and no little movement is making <on> in favor of Jackson in Ohio. Tell me something of N. york, N. Hampshire and Maine. It is said that Jackson is doing something ^on^ Maine. 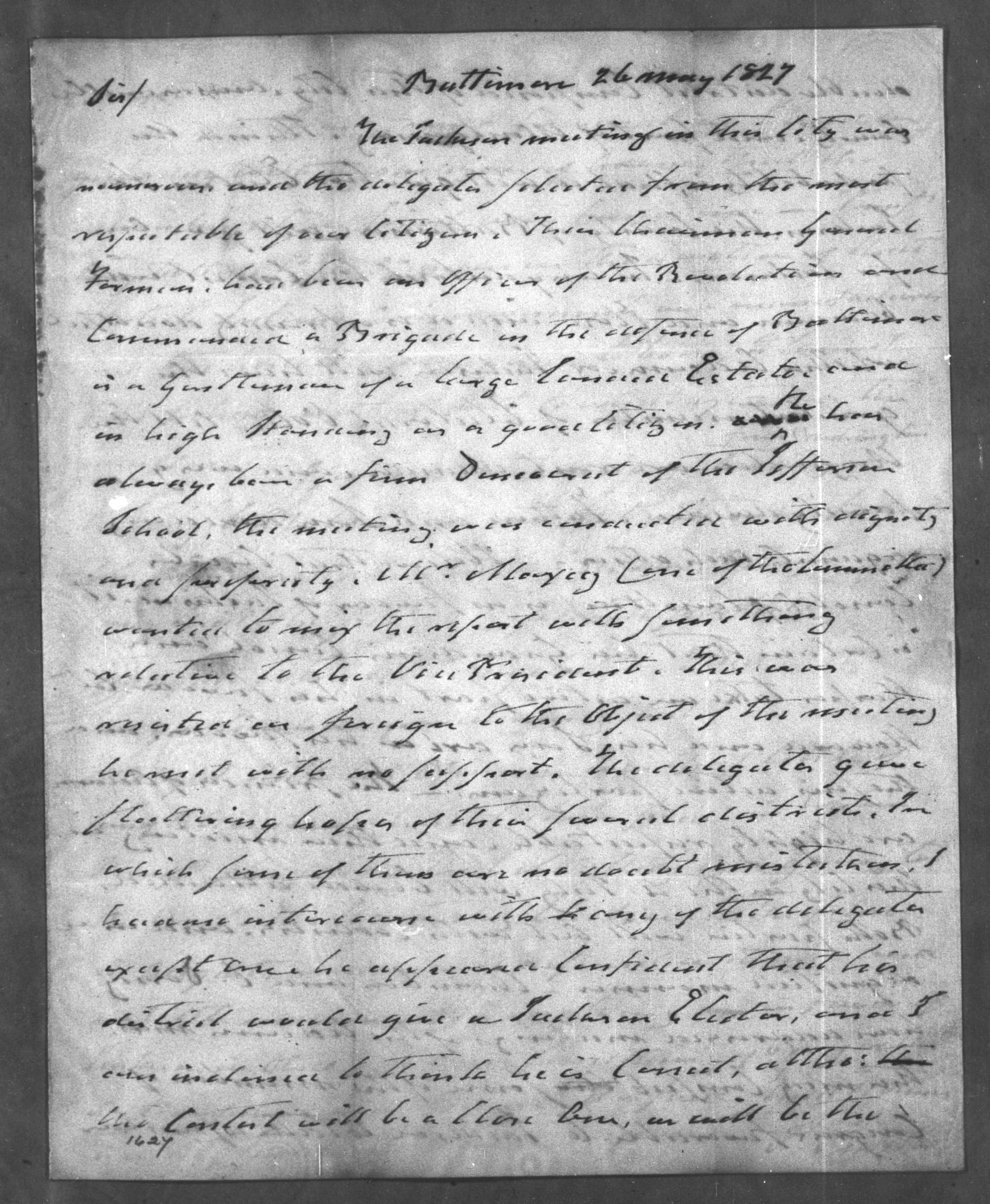 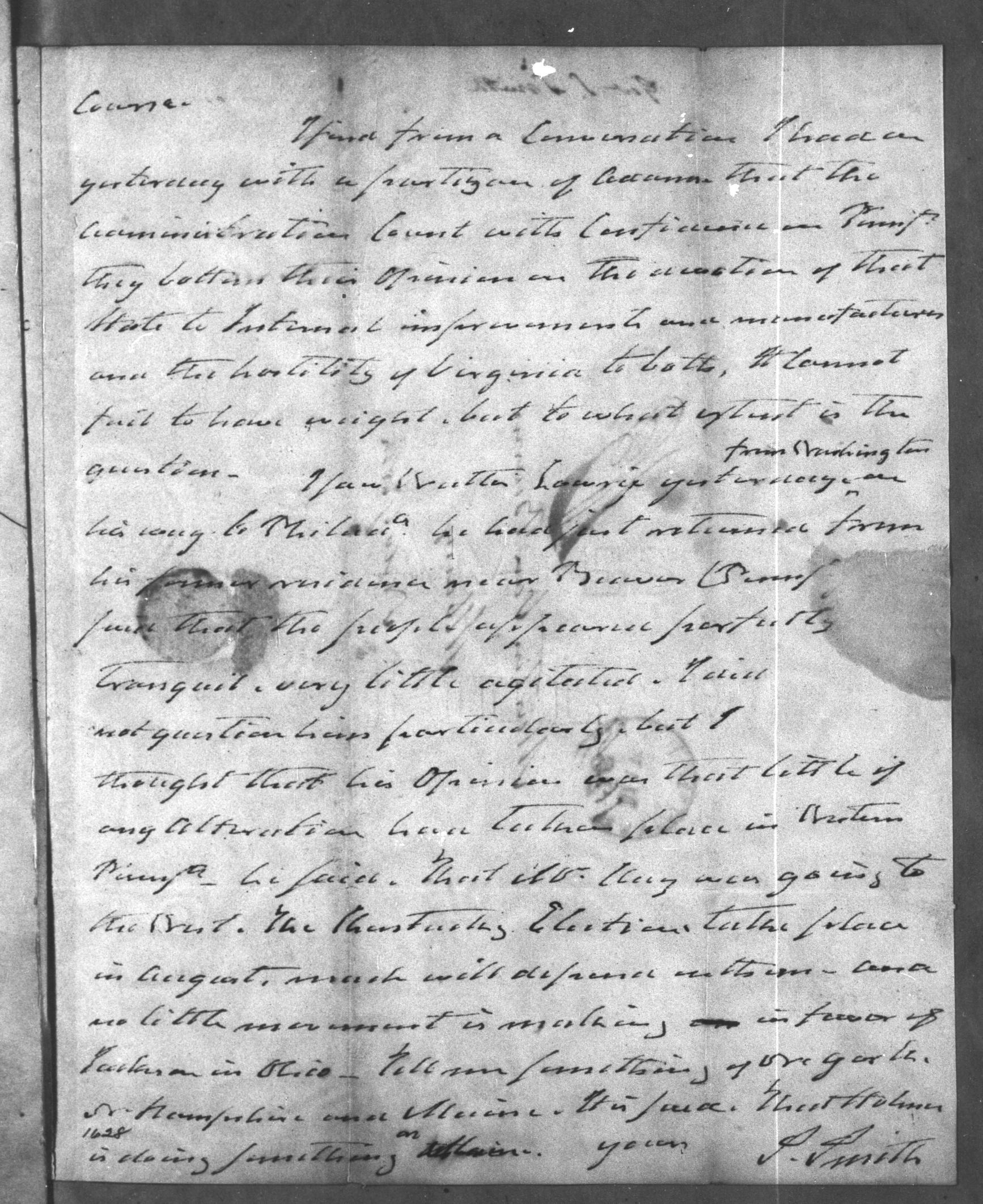 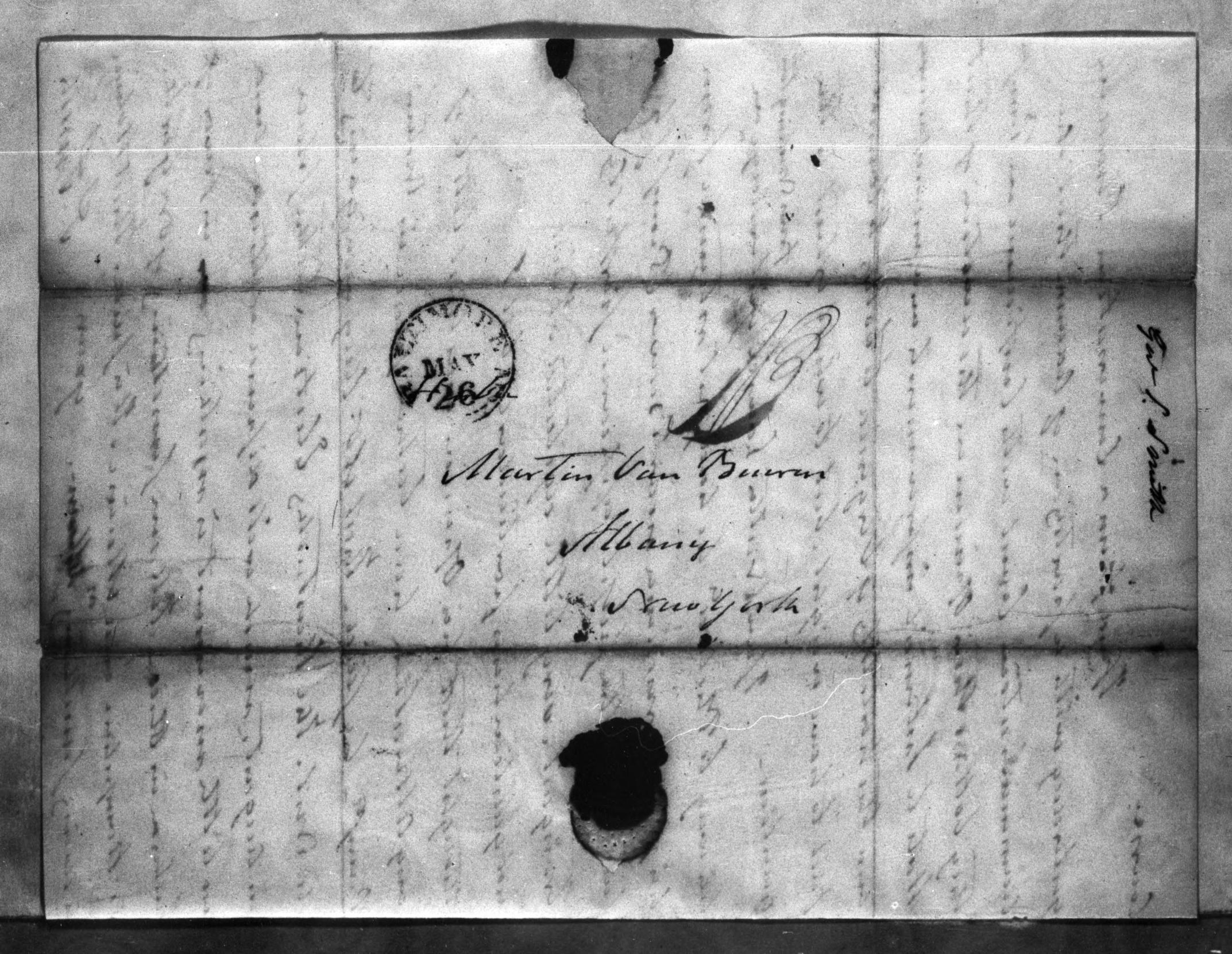