1 About How many people have we in our state interested & engaged in the Iron business.

2d Probably have many who sell raise wool to sell. <viz>

3d How many in the manufacture of woolens.

3 Every farmers family manufactures woolens, but I have no means of knowing the number of factories of woolen goods. I suppose there may be some 30 or 40 with a capital averaging 30 or 40,000 bales each.

2 the number of sheep in our state cannot say per house 5,500,000 and the flocks will not average more than 150 take this whole State. I think not so much. This would make 30,000 flocks or some who make wool to sell.

1 Mr Keyes says there must be between 15,000 and 20,000 operation hands engaged in this business of making Iron in our State. No means exist to ascertain the number of manufactures since 1825. Then I think they were something more than seven hundred. Their capital might probably be called 6,000 each.

All this is never hasty and some <illegible> guessing as I have not made such <illegible> nor have I can answer of 1805 by now. 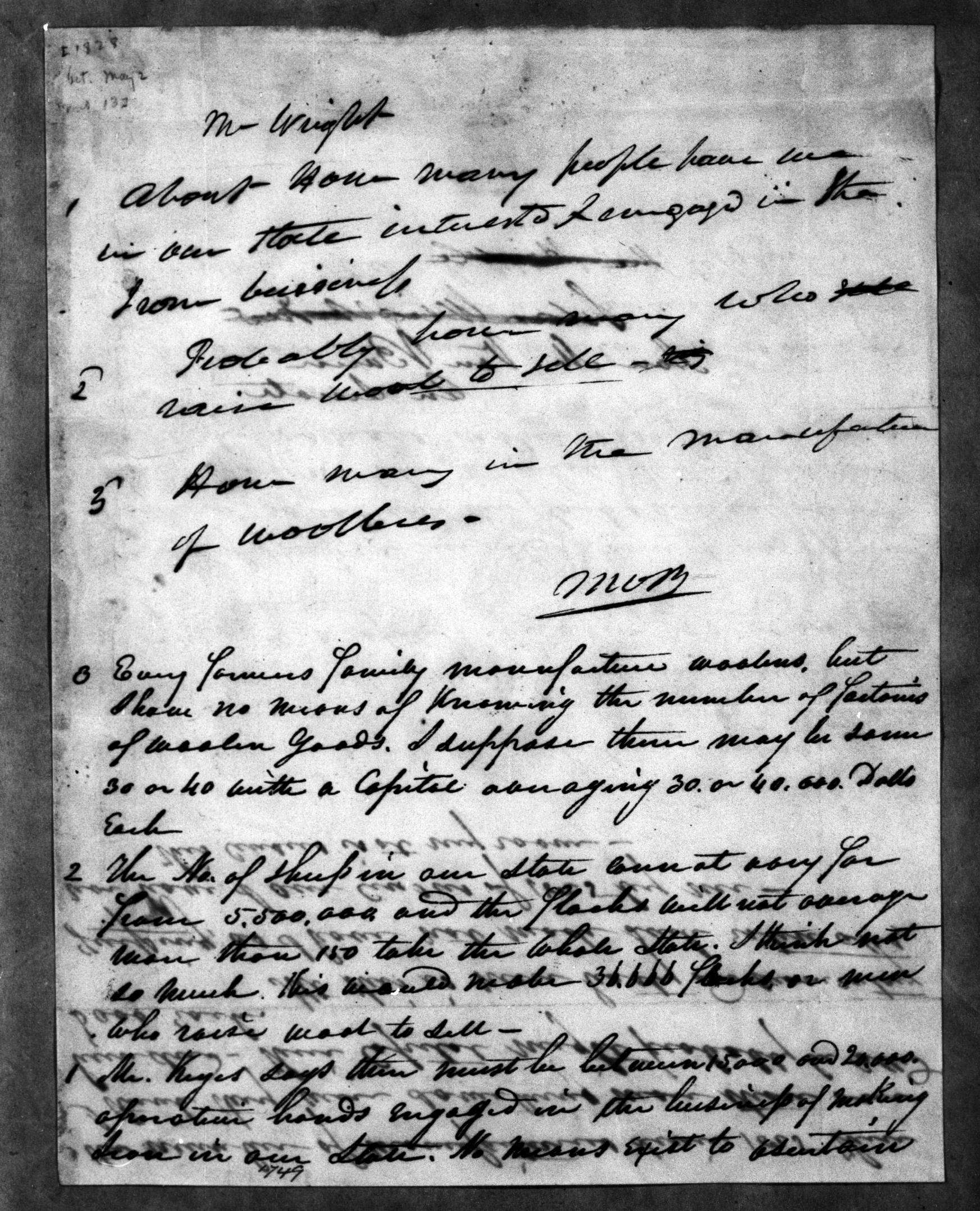 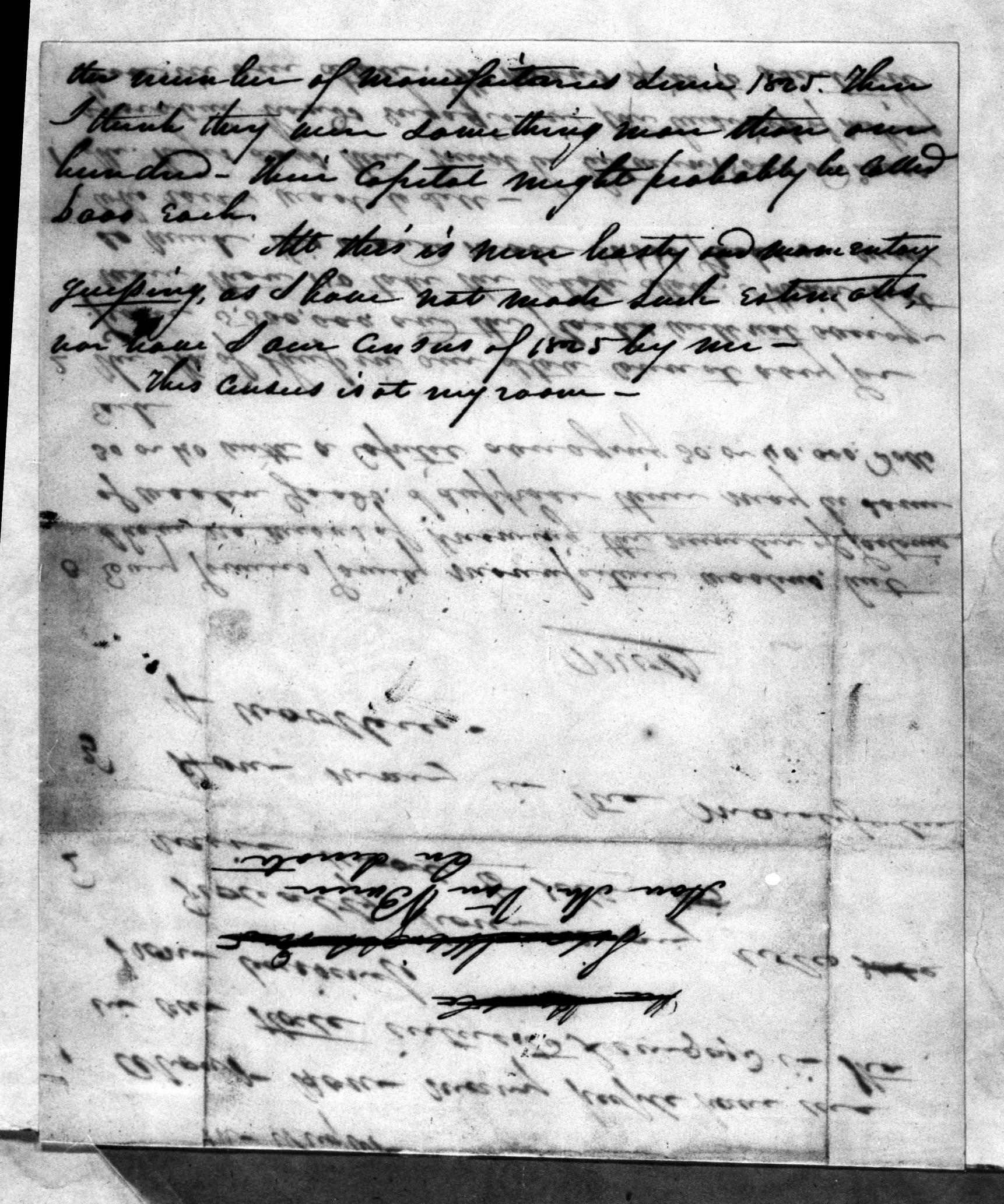