The B. System has existed 500 years in England & was last year revised under the supervision of the Lord Chancellor Elder. In France a Bankrupt System has existed since the time of Louis the 14th. In Spain since 1787, in Italy Holland Ireland Scotland in short in every commercial country it has been successfully introduced & never abolished. It has been coeval with trade has grown up with commerce and has been is partial to its prosperity.

The committe had before this the act of 1800 & the experience under it. The act of 1821 which passed the Senate & the review of the system in England last year with the aid of the Lord Chancellor & the reform examination of the house of commons in 1817 & 18.

The principle of authorizing a discharge of the debt by the consent of a given portion of the creditors is & has for certain been engrafted on the Bankrupt System of every country. In England France Spain Holland Scotland & Ireland the rule is the same differing only in the amount of consenting creditors required. This circumstance seems to show the intention of Congress ^the Constitution^ in conferring the power on Congress.

At the time The first Bankrupt law in the regime of Henry the 8th was not confined to merchants. That of the 13 Elizabeth conferred it to the last Parliament & the courts by constructions have since extended this to others. So that at the time of the adoption of the constitution the term Bankruptcy was not in existence confined to merchants or persons making their living by buying & selling.

Think the ^true^ distinction between Bankrupt & insolvent laws is as to the extent of the remedy furnished. Therefore discharging the debt & the latter the person only refers to the opinion of Chief Justice Marshal in Sturgis & Crowninshield to shew the difficulty of discriminating between a Bankrupt & insolvent system & that that constitutionality of the insolvent part of the law.

Editorial note: The last full paragraph is written perpendicular on the side of the second manuscript page and may have been intended to be inserted between the third and fourth full paragraphs. 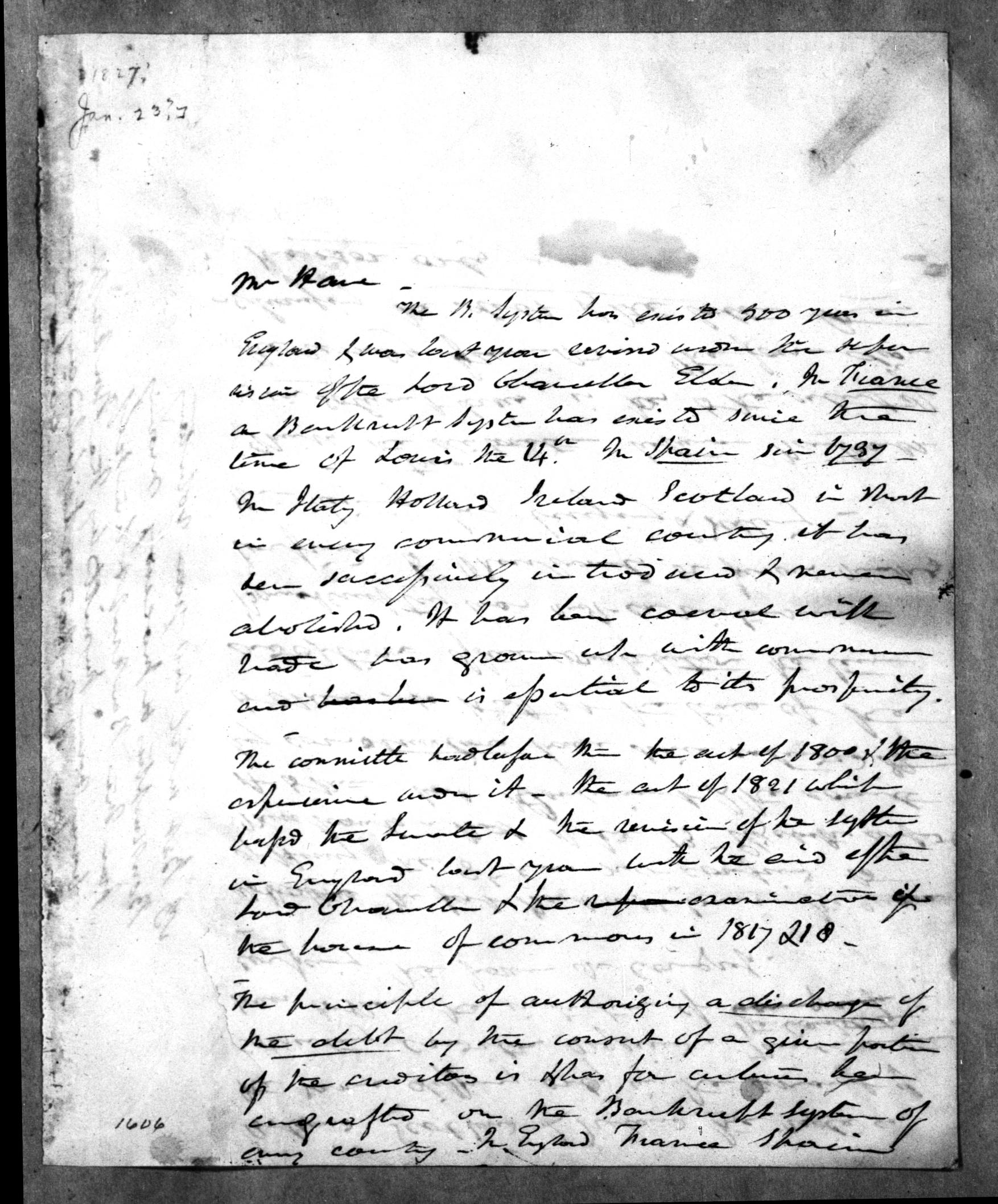 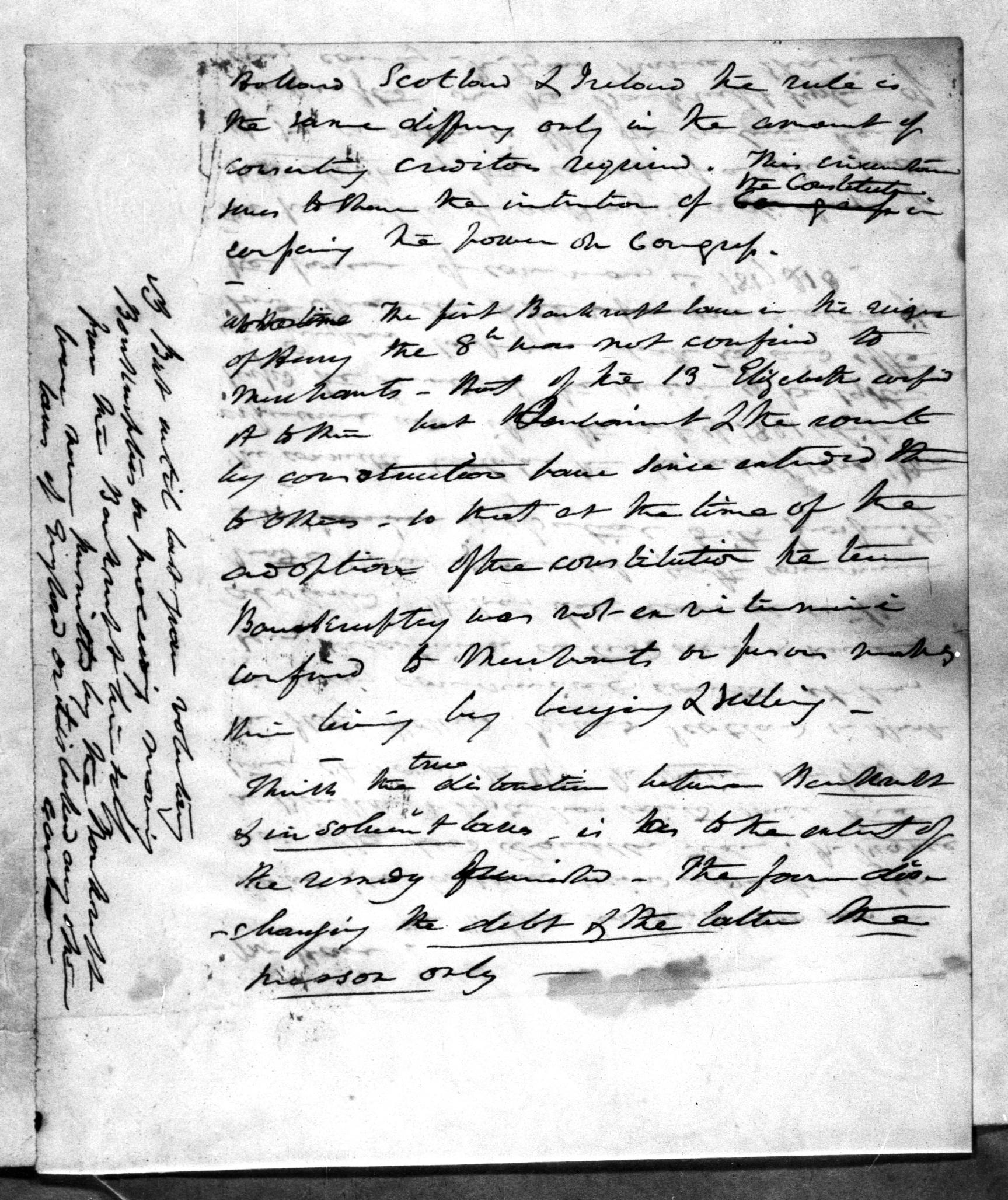 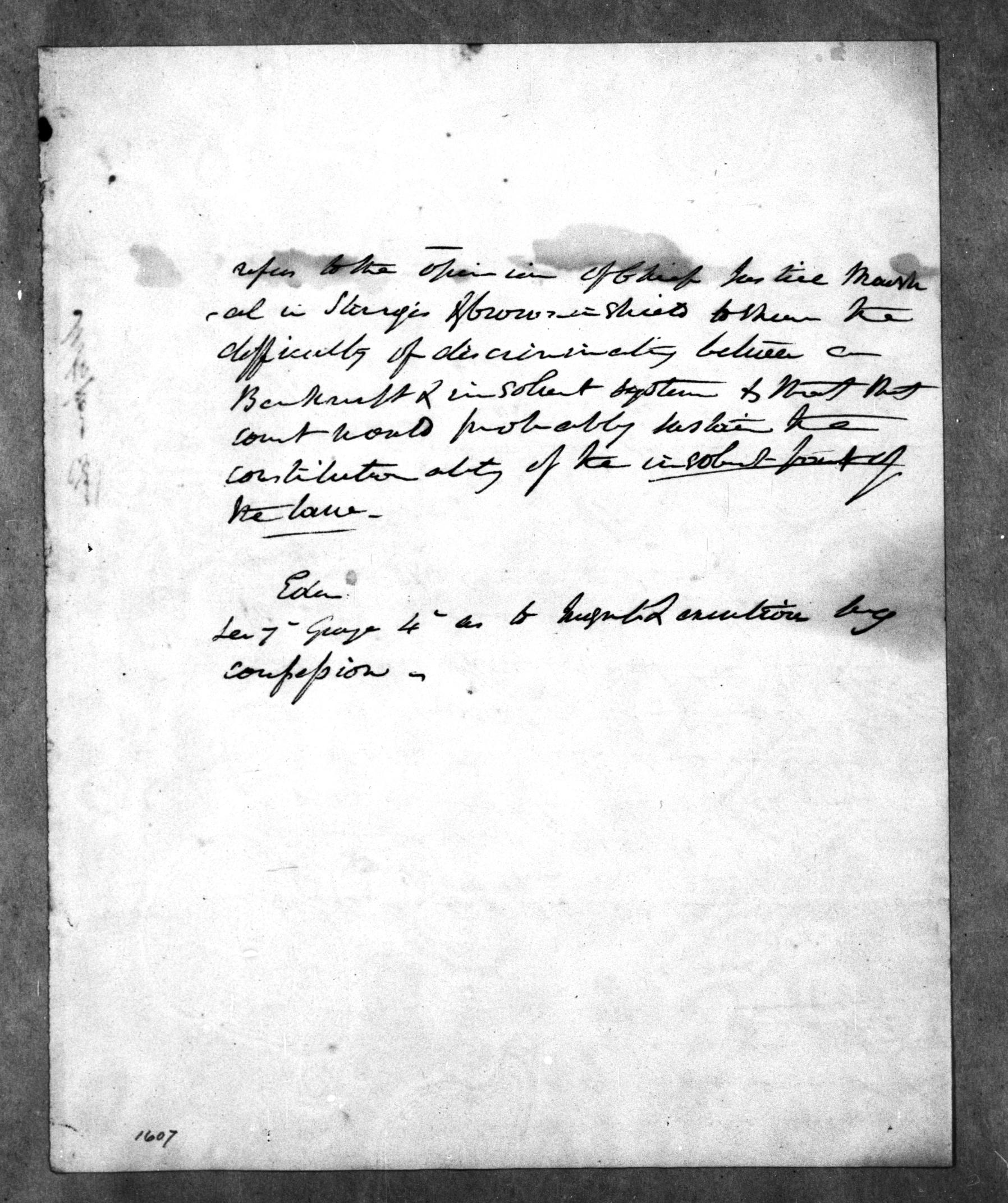 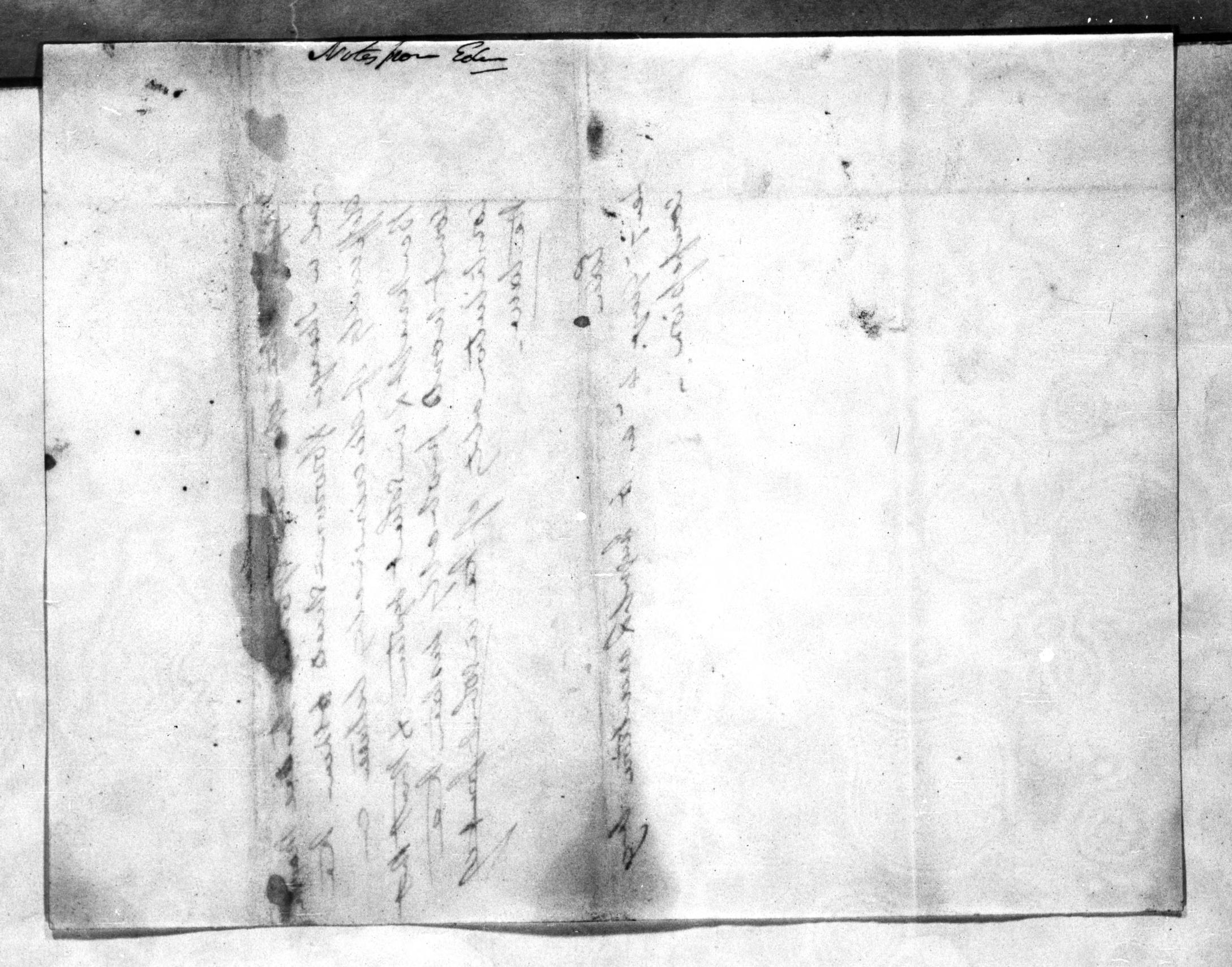