I thank you sincerely for your attention to my Hoffman concern & will give you credit on the account of thousands I have lost on your account. Their conduct has been infamous. I wish you would consult with Lawrence who I have requested to purchase the <farm> for me. My recollection of the circumstances in relation to the affair between VSlyck & Luddington are not very distinct. From general impressions I think <the> affair stands about them. Mr Luddington was directly liable for the costs because he was a party to the suit & <VSlyck> because he had united in <illegible> employment. Mr. L. had a warranty deed & also as I believe an indemnification bond under which he claimed to be exempt in the first instance as well as finally from the payment of Costs. I do not recollect that I have never seen the bond & I cannot therefore with precision of hisits legal rights. Mr Leddington always claimed to be exempted from payment & I have no doubt considered that he would not be obliged to pay unless there was a failure on the part of <VSlyck>. Mr <VSlyck> on the contrary was always anxious to get him to sign without being as far as I recollect very explicit as to his motive. From all I know & believe upon the subject I think the ^most^ equitable course would be to collect the money from <VSlyck> in the first instance & leave him to his remedy. Make my best respects to Maria Ms Hoes, Christina & all the family.

NB. John is as fat as a pig, you would be surprised to see him. What with dining at the Presi[de]nts Foreign ministers & night parties he is so enchanted with this place that I cannot get him away but will send him up by the first chance that offers. 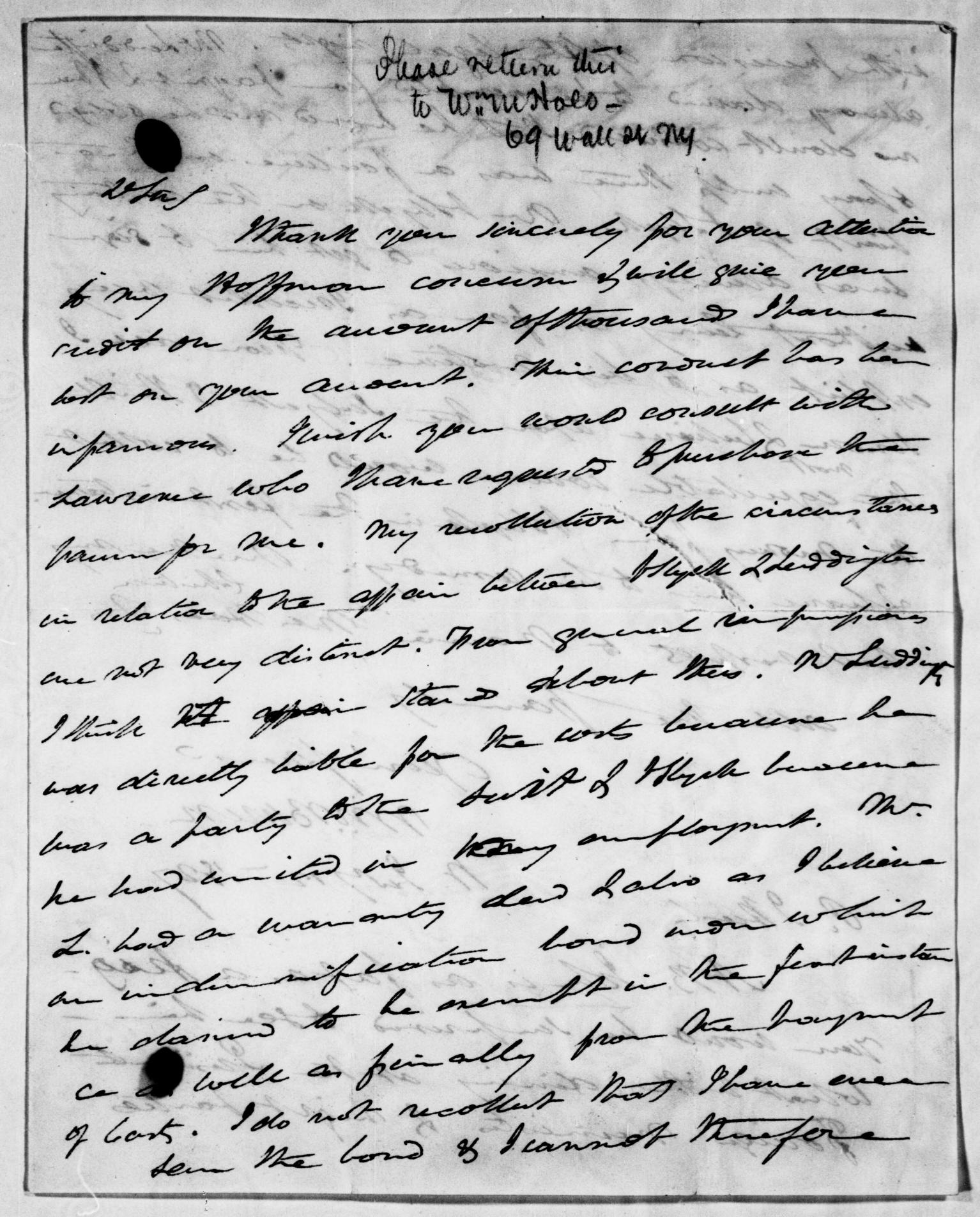 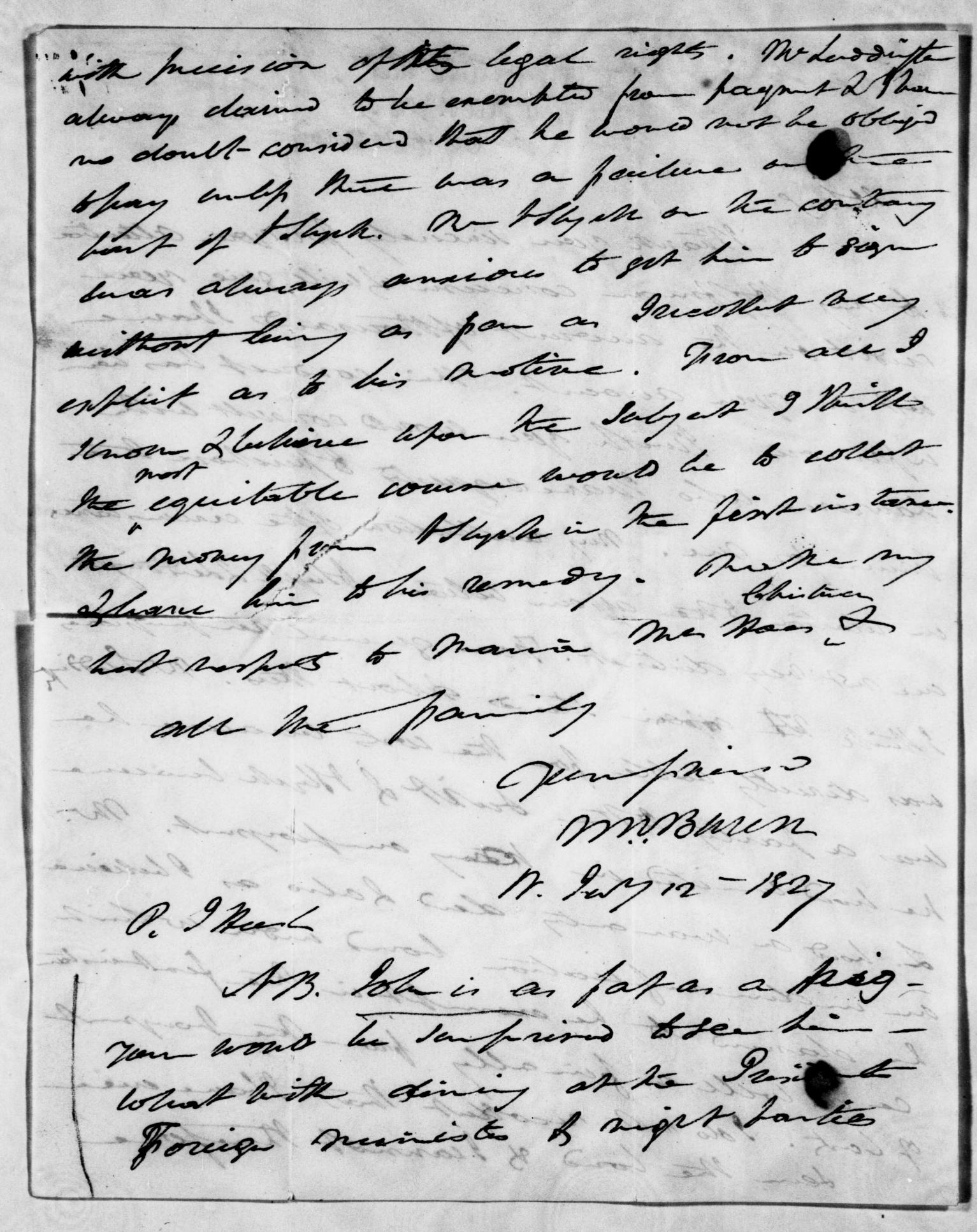 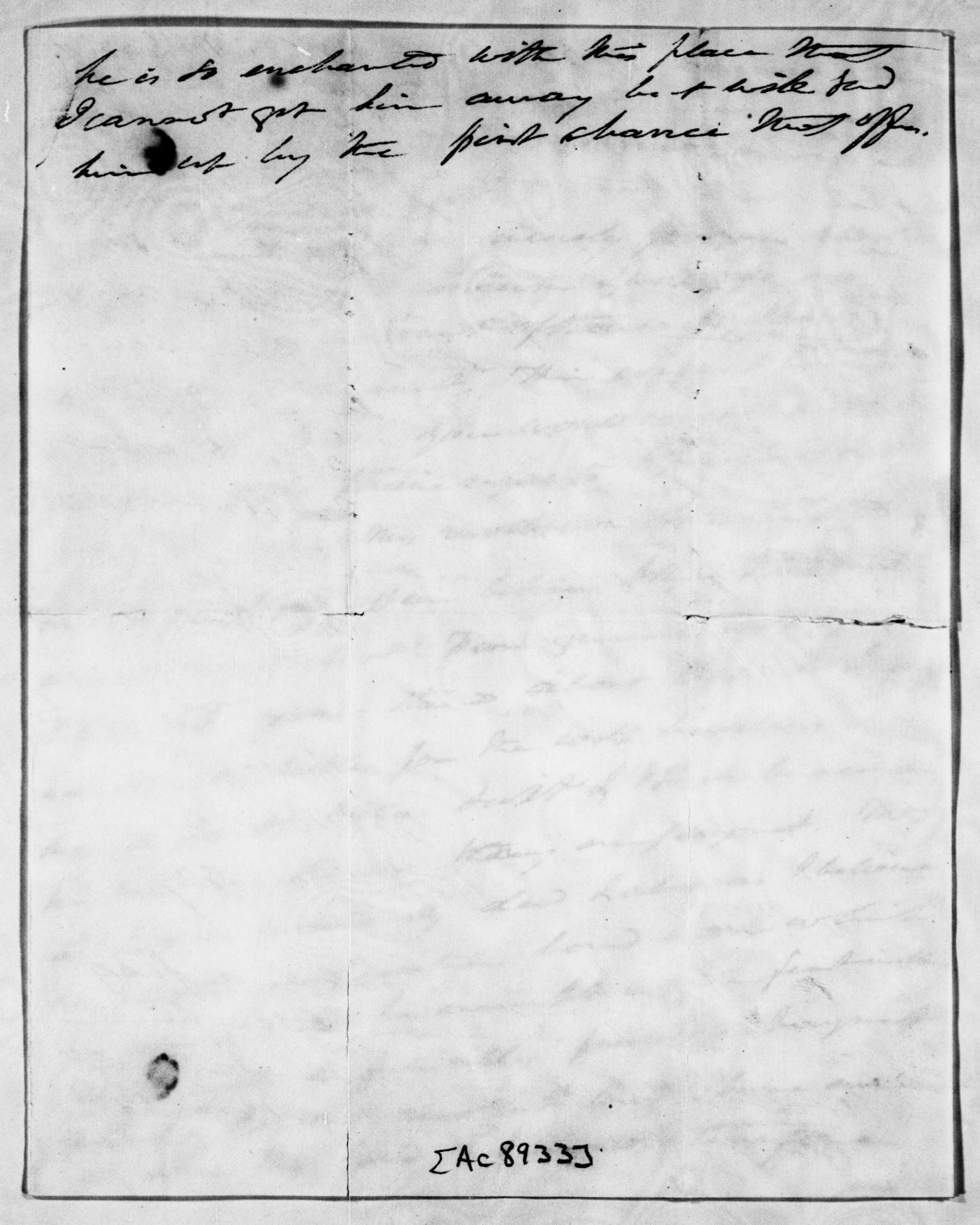