You are a strange man. I have waited sometime to see whether you would write me without a previous movement on my part. This is wrong. You ought to take into the account that whilst you are a gentleman of perfect leisure, I have in addition to the business of my station, a most extensive correspondence to carry on; at all times onerous, but at this time particularly so, Events here are so rapidly progressing upon each other all contributing to a severe contest for the Presidency. It seems now certain that all South of New Jersey will move in column against Mr. Adams. There are certainly not half a dozen votes in all that country that are in the least doubtful. Of the Western and South Western States, Kentucky and Ohio are the only States which will be severely contested. The opponents of Mr. Adams claim two out of the three, or 10 out of the 14 votes in Kentucky, and that their chance is decidedly the best in Ohio. If these calculations were correct, the election would be decided without New York, but they are probably over-sanguine, and the safer calculation is that as in 1800, New York will again be the point on which the election will turn. The attack upon the Vice President and his [intentionally left blank by MVB] are the matters upon the carpet at the present moment. The committee held their first meeting to day, and Gov. Barbour and Mr Rush were examined. It is understood that their examination went satisfactorily to show that they had had no agency in the affair but had discredited the story and condemned its author from the beginning. The affair has taken a singular turn: instead of examining into the truth of the charge against the Vice President (which nobody believes), the examination relates exclusively (as yet) to an exculpation of the War Department from the charge of having countenanced the attack. We, yesterday, re-elected old Mr Macon president pro tem. to the great disappointment of many. Wish my good friend Mrs Dudley a happy new year, and do the same for me to Mr Brinkerhoff and daughters, and to your brother Job R. and family. I was much disappointed in young Brinkerhoff leaving here so soon. I invited him to dine with us, and intended to have taken him about with me, but he left us suddenly. Write me often and believe me to be 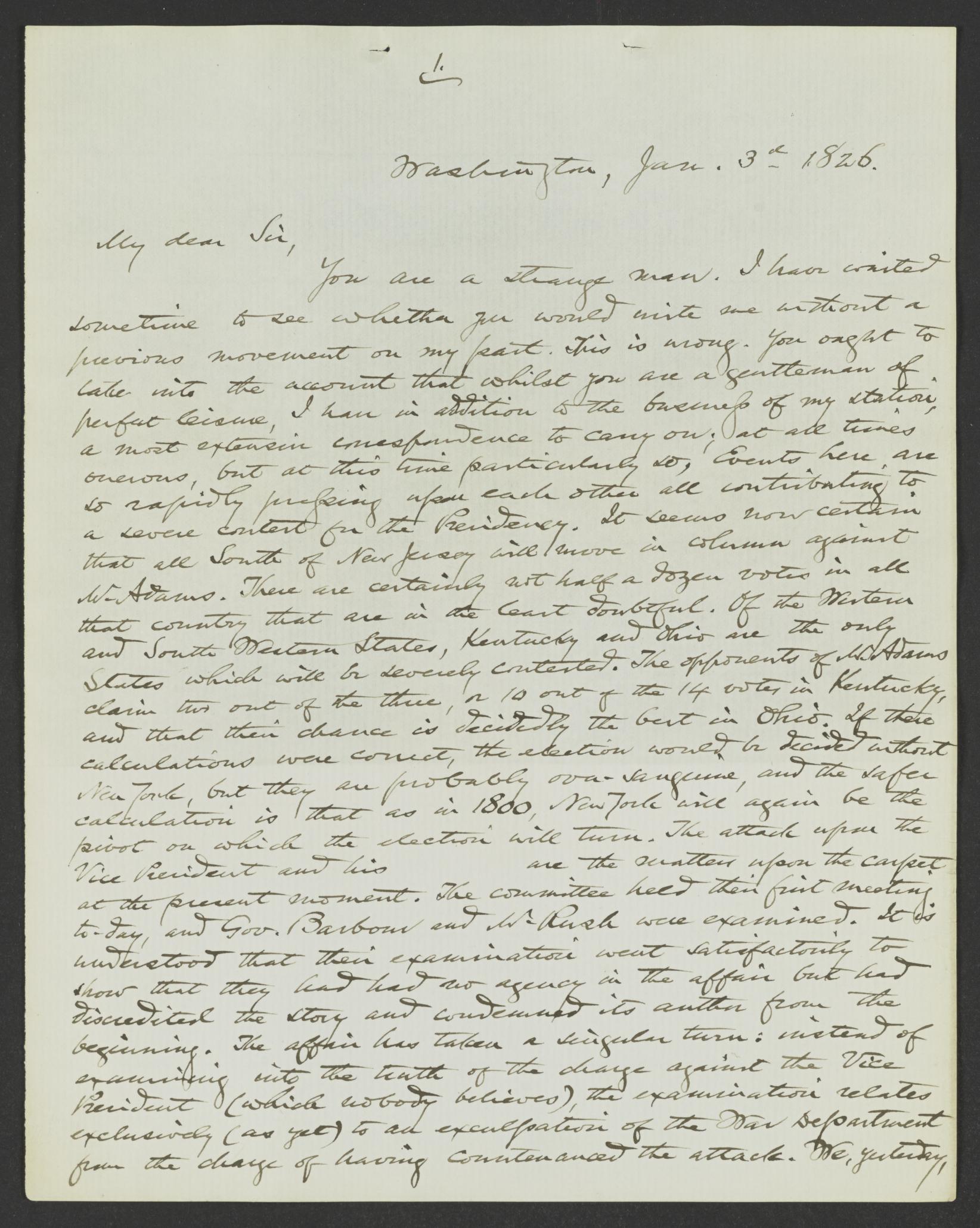 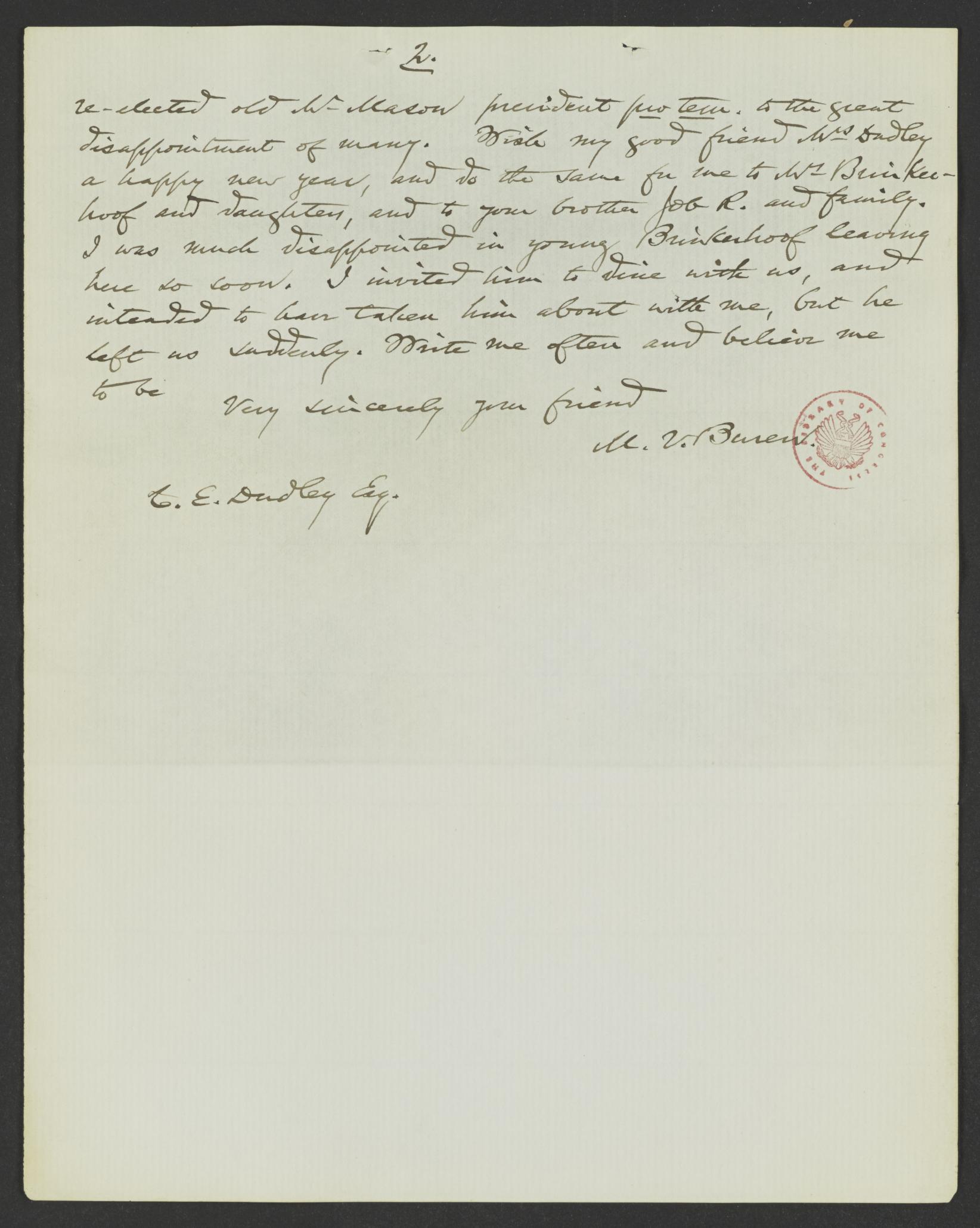