The court of error met yesterday at which most of its members attended. Nothing has yet transpired at all calculated to impair our confidence in the success of your reelection. Judge Burt et omne genus brought up with them the glorious intelligence that you had gone over body & soul to Mr Adams and that Judge Betts' nomination was the first fruit of your conversion or apostacy (which shall it be called). You see I do not doubt of the fact. Judge Betts is here & I have conversed with him on the subject of his Appointment. He says he is satisfied that it was not solicited by any republicans now at Washington & he also says what is utterly inconsistent with his having asked for it himself or having authorized his friends to ask for it as a thing that he wished or would consent to accept. He avows it as his opinion that he owes the nomination <exlusively> to the result of the election. I have seen no one that considers it a compliment to the party. It may furnish the gentleman at Ballston with the wished for “apology” to support the administration. Betts says Clay was opposed to him & in favor of Kent. I hope you will write a letter of condolence to Wheaton. He has been shabbily used in this affair. Apropos about writing letters. P.R. Livingston says he made you senator before and intends to do it again but you have never written to him.

I have not yet had my confidential conversation with the Lt Gov. but understand from Wright that he is a candidate for the senatorship. Between two friends I shall be in a strait as to which I ought to give my support.

Root wishes to be speaker. There will be some opposition to him but I think he will prevail. I am apprehensive from what I hear and feel (by shaking hands) &c that Jno. C. Spencer will make an effort to come into our party. I believe he is out for old Hickory, and declares that he will not support Clinton for Gov. <illegible> President or for any thing else.

You may consider no news from me as good news for if I hear any thing bad I will certainly write to you.

P.S. Since writing the forgoing I have heard from the Lt Gov. Tallmadge. He says all appears well & if the designs of the Alby Regency can be counteracted all will be well. I suppose I shall not give you any news by informing you that his disposition to mischief is quite equal to his inability. I shall see him this evening and a friend of mine will see the Gentleman of the North <Y___g> & if any thing should result from these interviews worth knowing & which can be communicated with propriety it shall be made known Judge Dan feels a little <sore> about Bett's appt is quite incredulous about ^as to^ his not having asked for it. Thinks Sanford would tell a very different story if questioned on the subject. 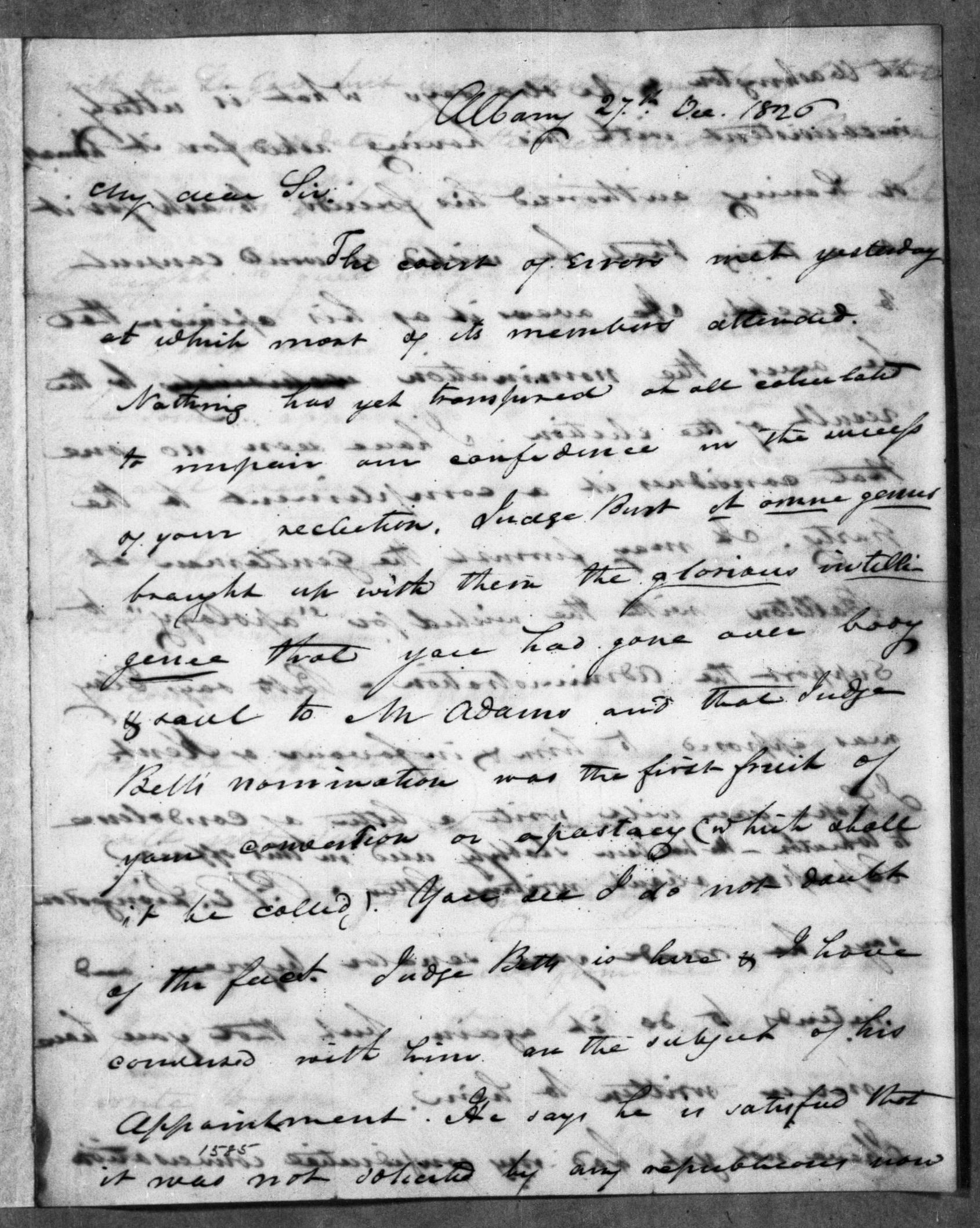 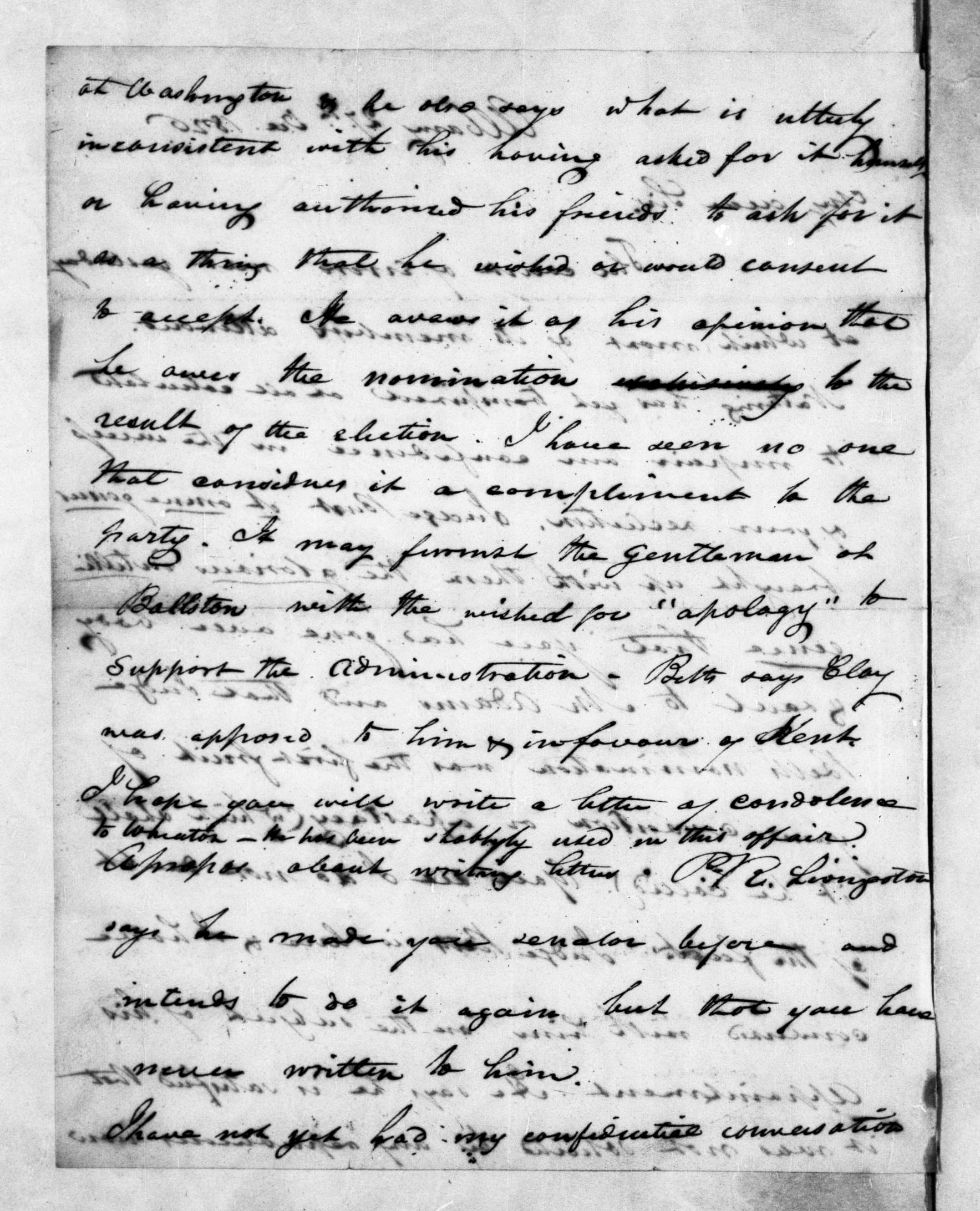 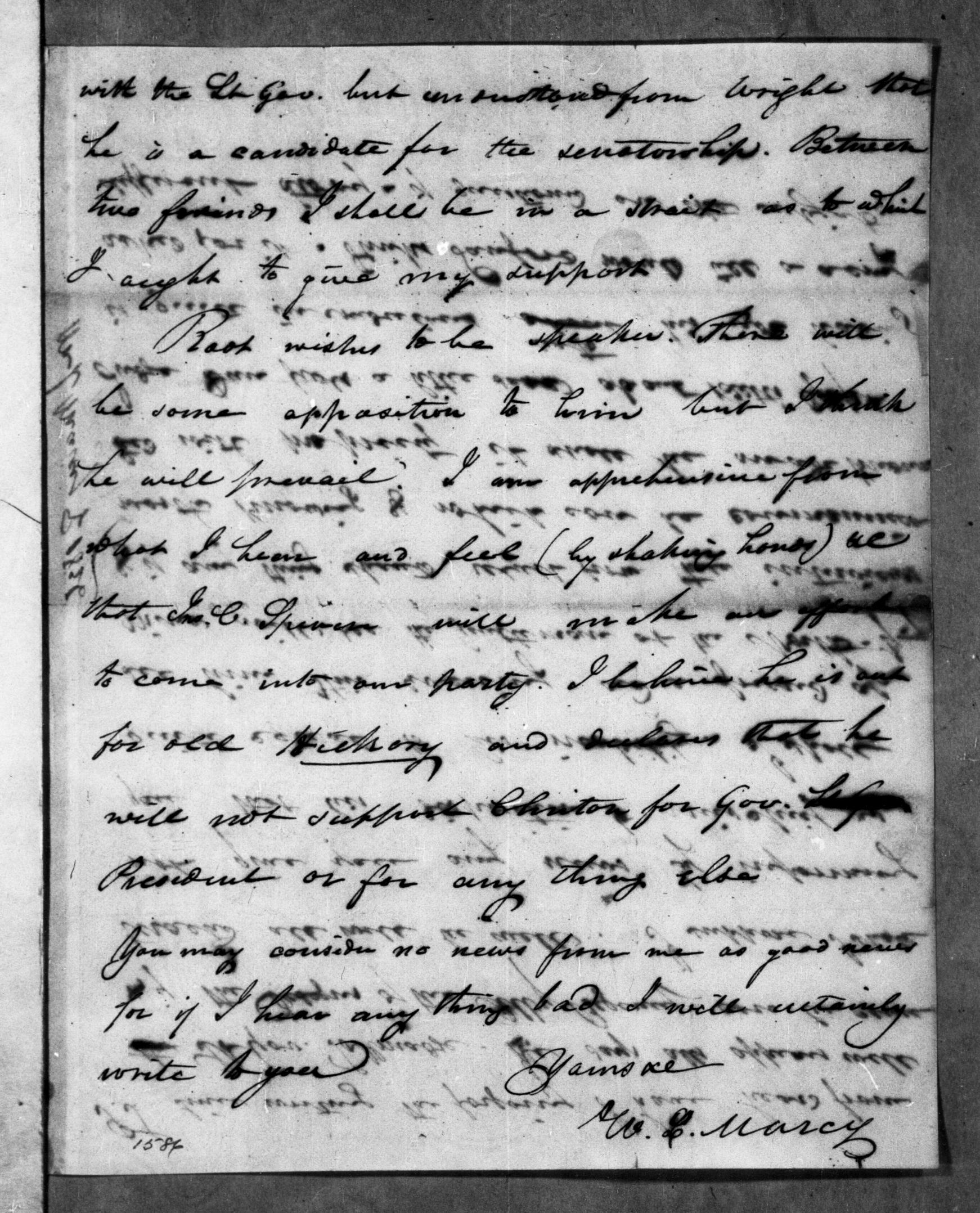 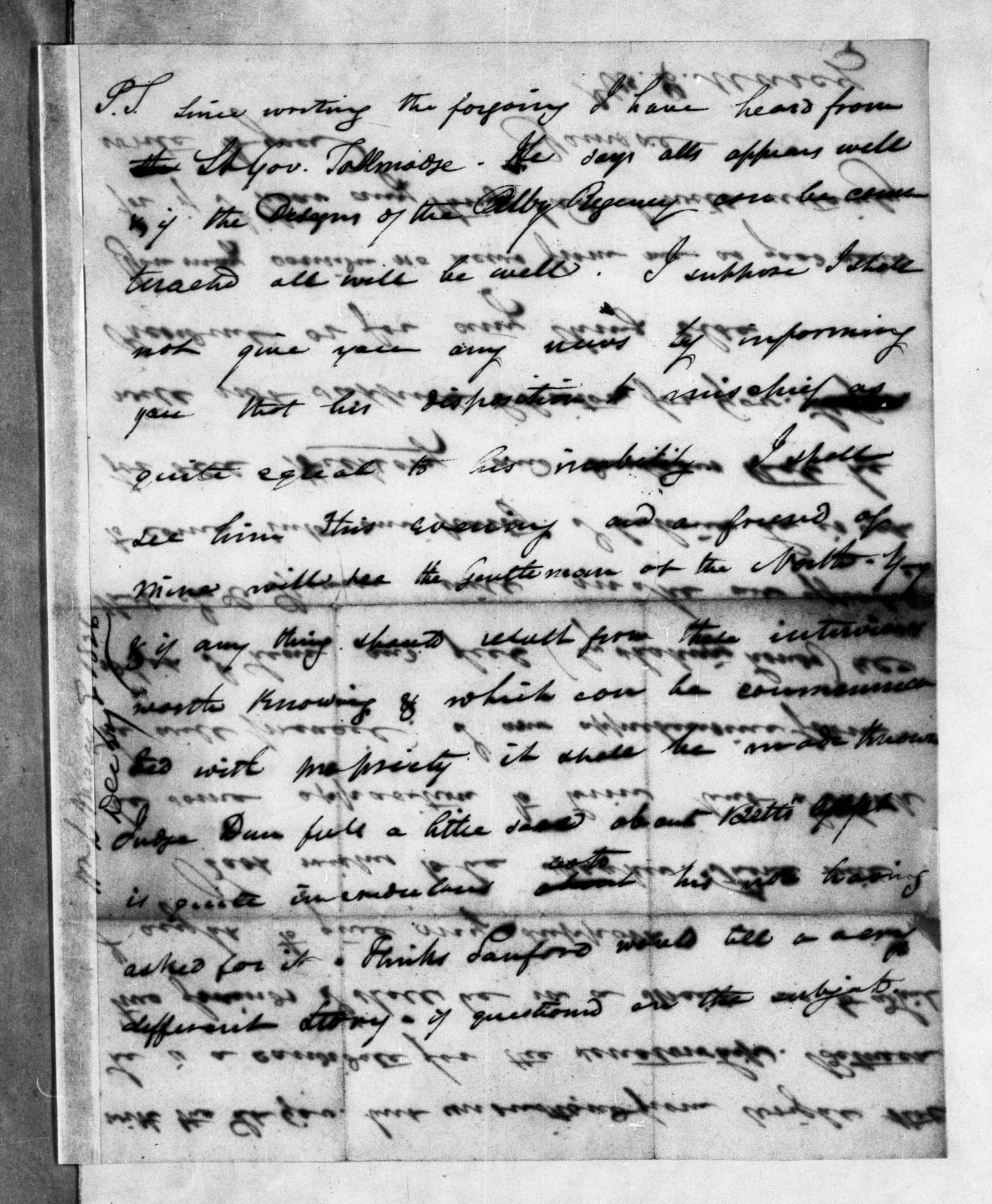 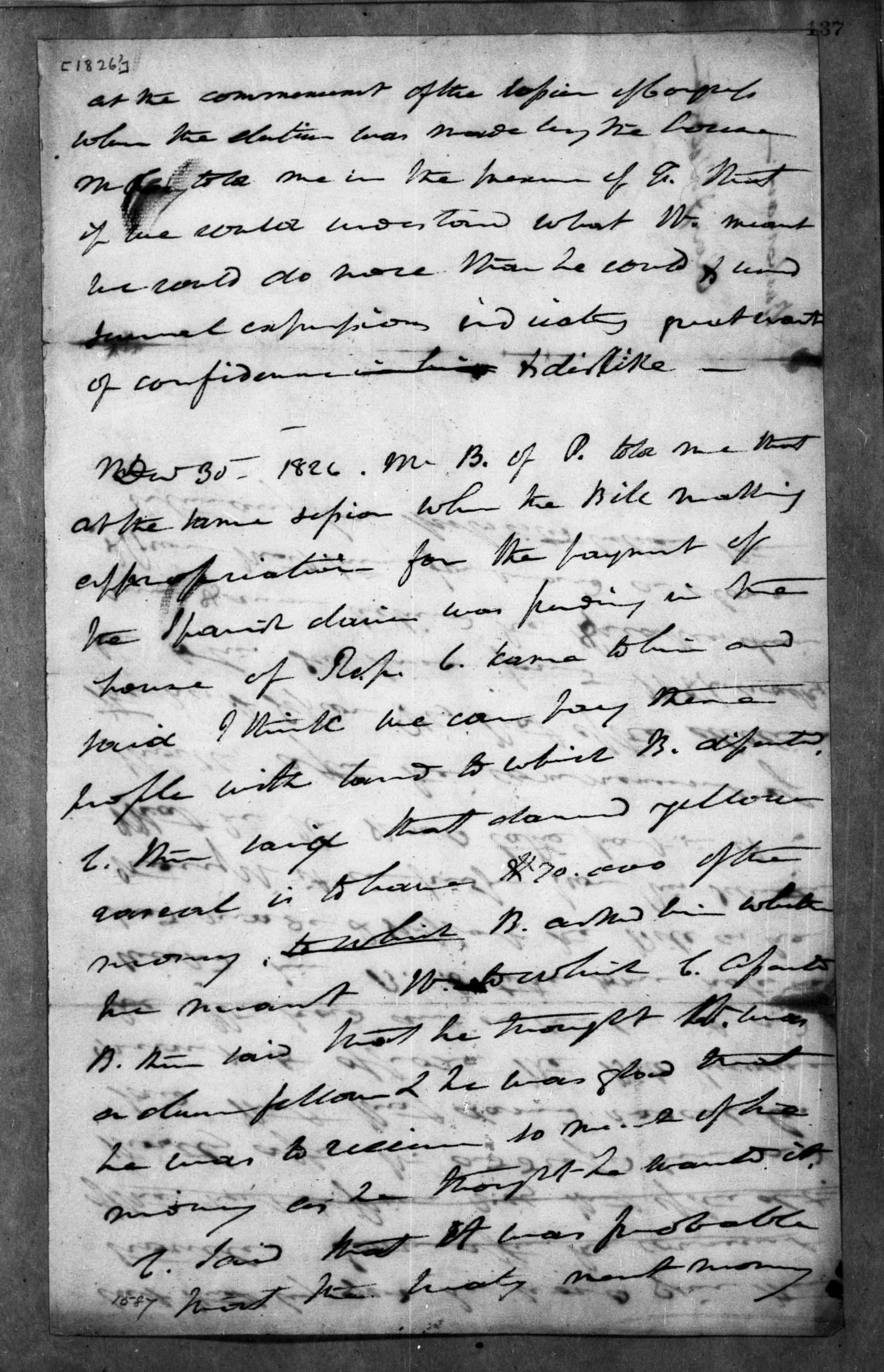 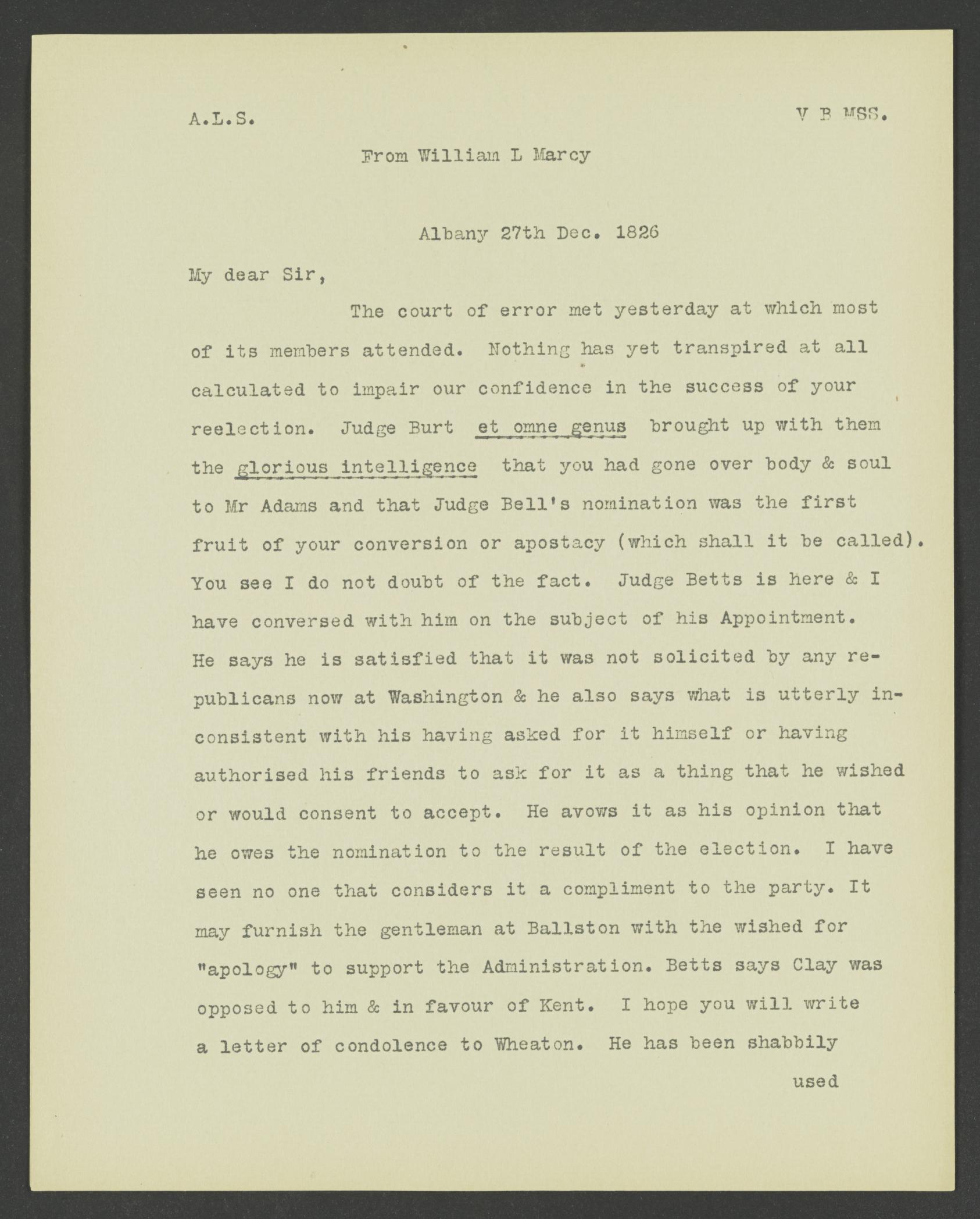 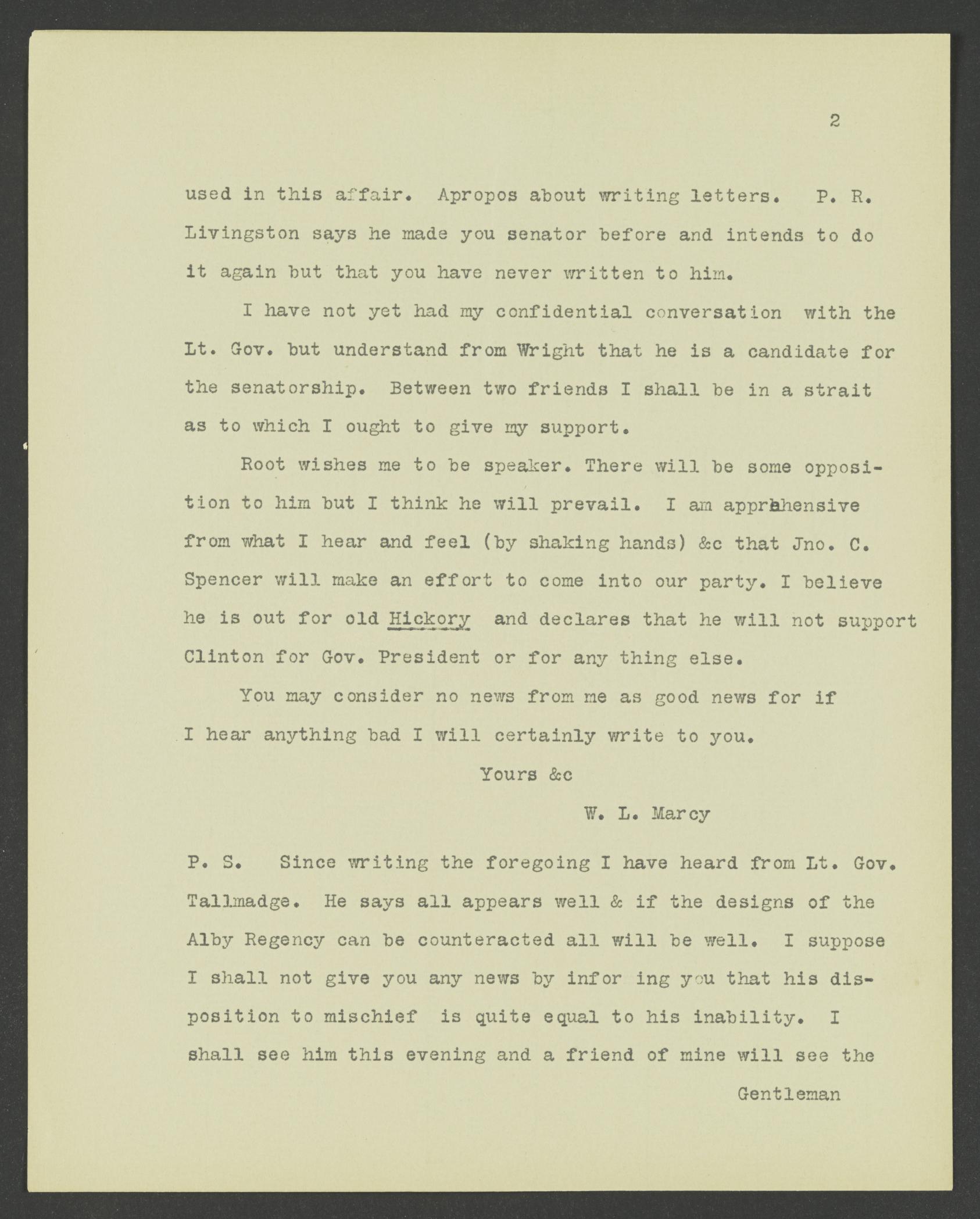 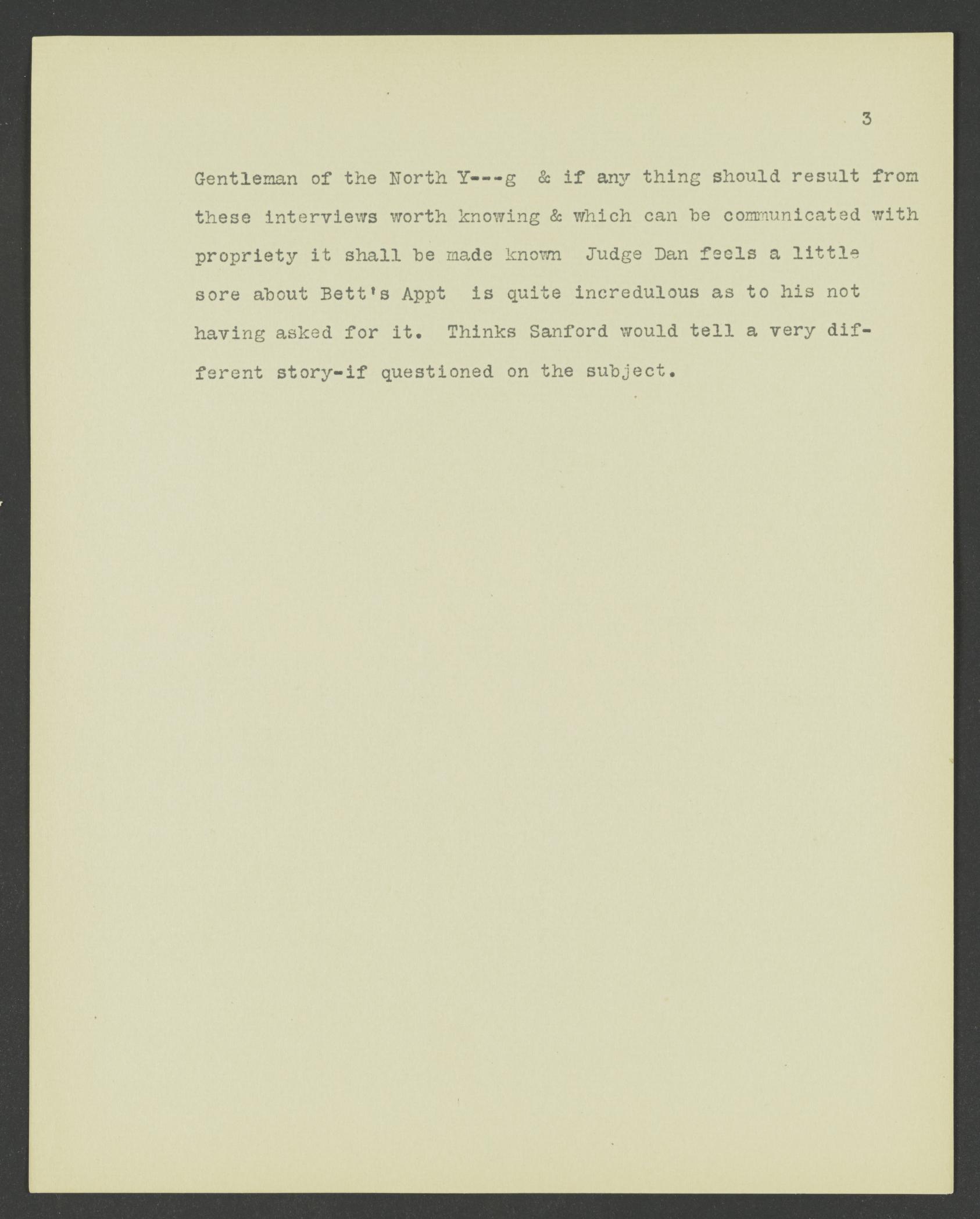