Your letter of the 20th was received to day with a package of documents for which I thank If you have a Copy of those which accompanied the message from the State Department, I pray you to send them to me. John informed me of a letter he has recently received from you which I have not seen. It reminded me however that in reading over Washingtons Letters to my father there was one in which speaking on internal improvements & propriety of calling that subject to the attention of the Legislature he suggests that they should be promoted by the U.S. giving the <money> to effect the work not by doing it themselves I was struck when I read the letter with the ^<mode>^ expression as leading to an inference of his opinion of the Power of Congress under the Constitution If of use to you I will look for the letter & make a extract from it for you. Take great care not to shew Verplanck that you entertain a doubt of Brunners orthodoxy upon any thing you have heard as V will communicate it to B & as the latter is of a <illegible> suspecting character he will directly turn to me & I will loose what may be useful hereafter.

In Confidence, I inform you that the papers meant for King confirm my suspicion as to the address. I have however made up my mind not to permit them to be published. However without allowing that to be made known might I not? Make use the possession of them to induce Judges Washington & Marshall to give me from the Genls papers files such papers as were written by my father and as I know they have got The former promised me he would do so but I did not & do not rely upon him I know they are both very anxious about the address. I could shew them one letter which would draw their teeth. It is not generous or Just for them to refuse my requests & I think I have a right by these means to compell an acquiescence. What say you?

I did not tell you of my wifes remarks upon Bunners letter to shew how notable she is (altho proud I do not boast of her) but that to prove how apparent the inference was. 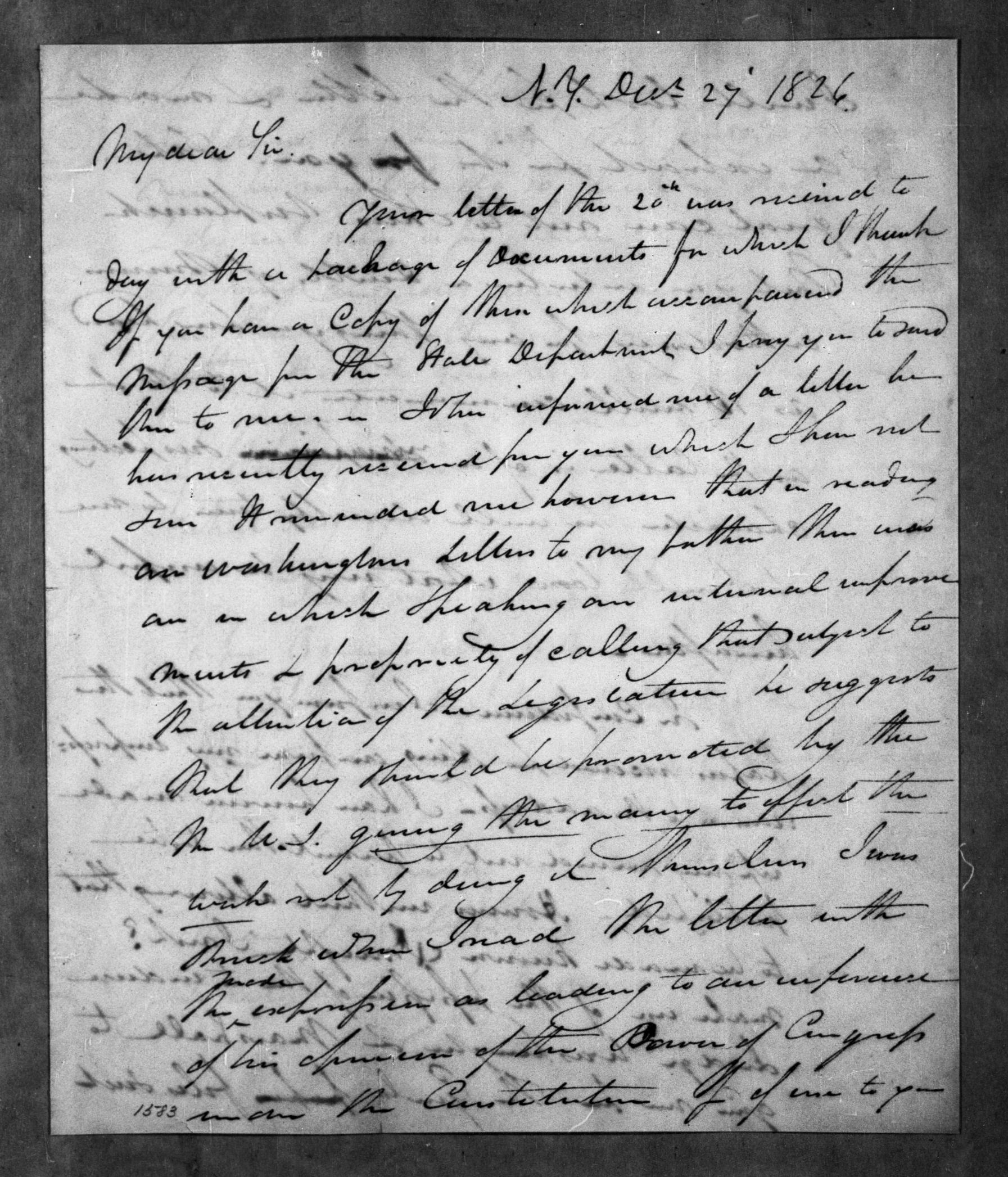 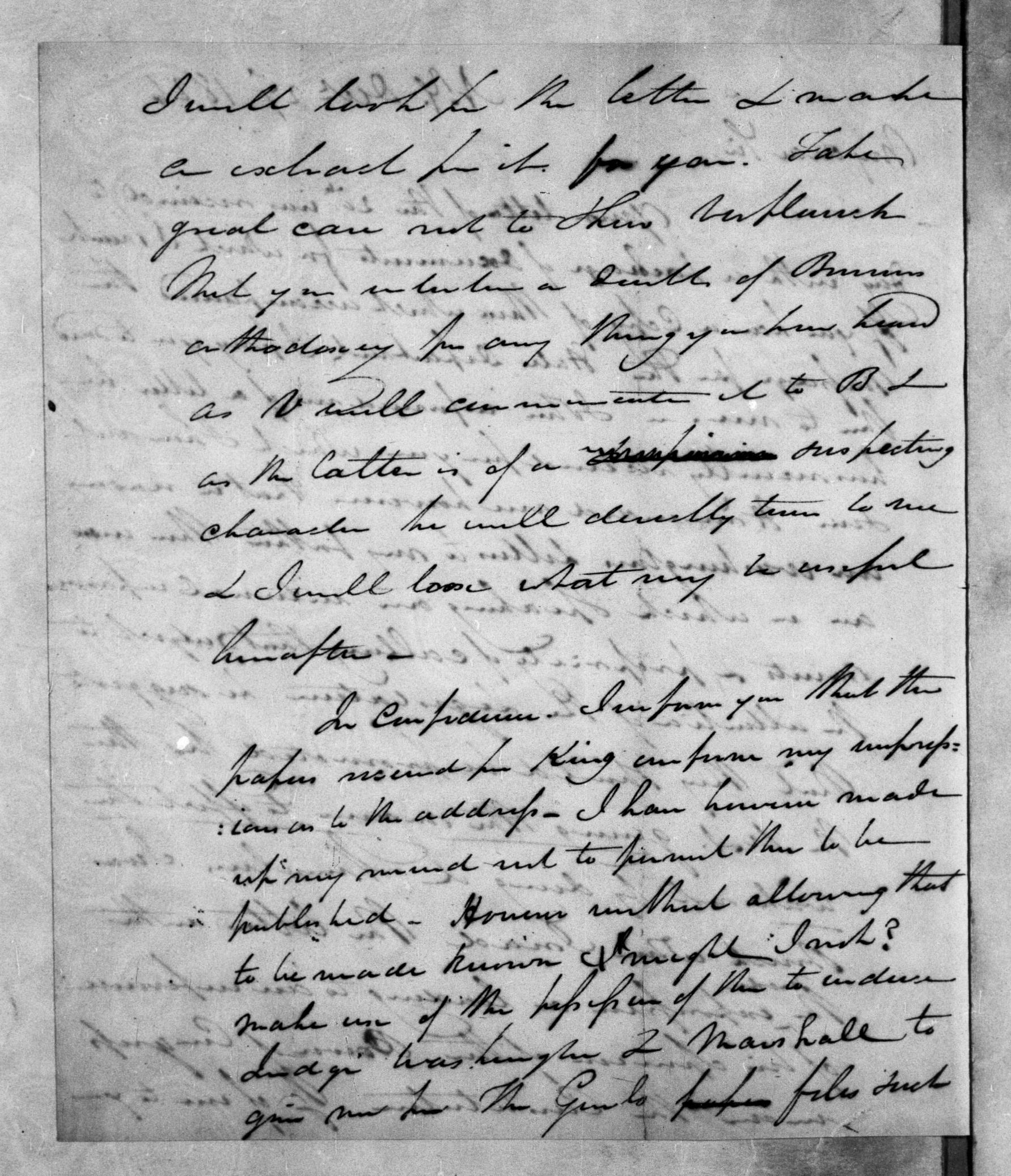 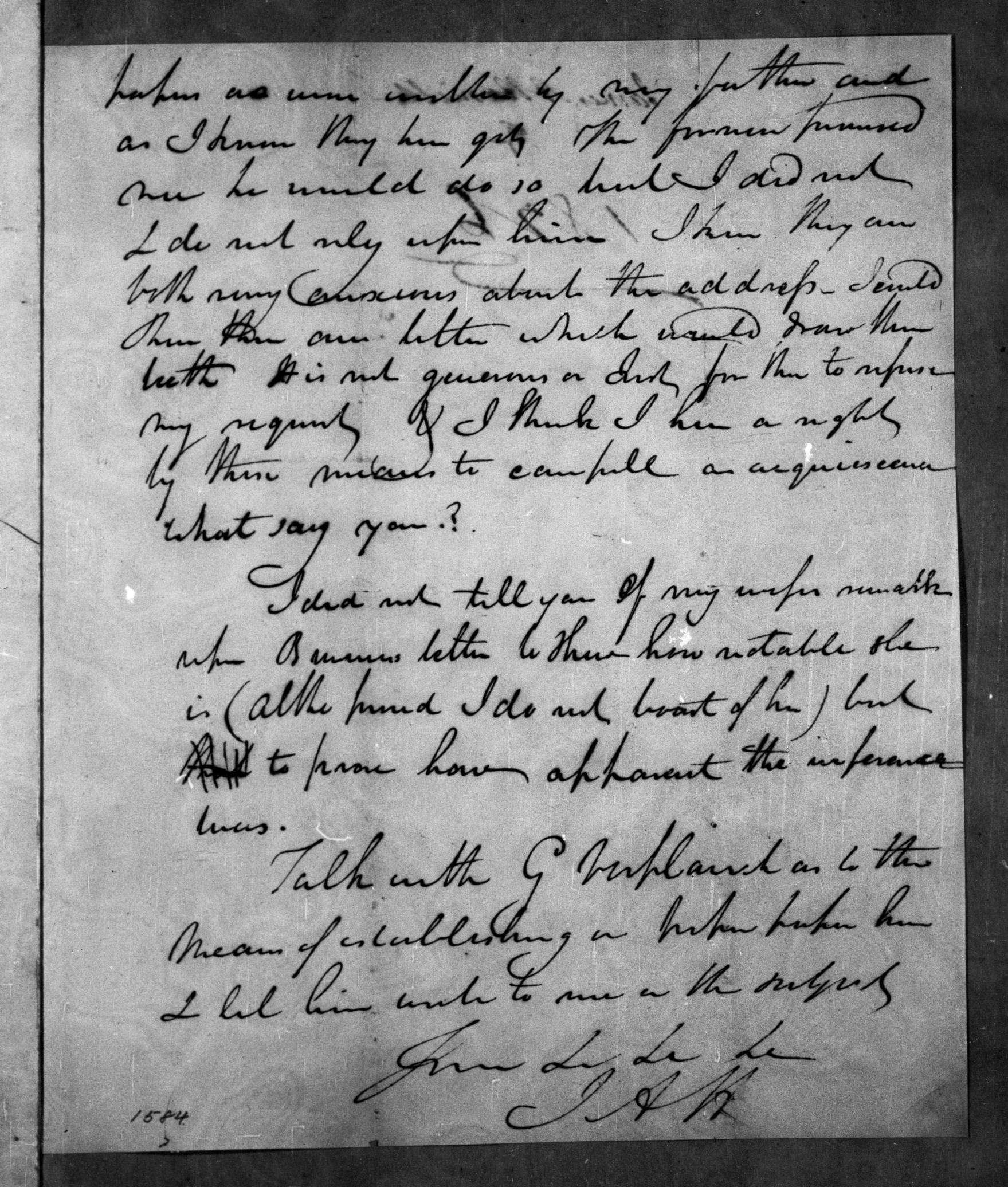 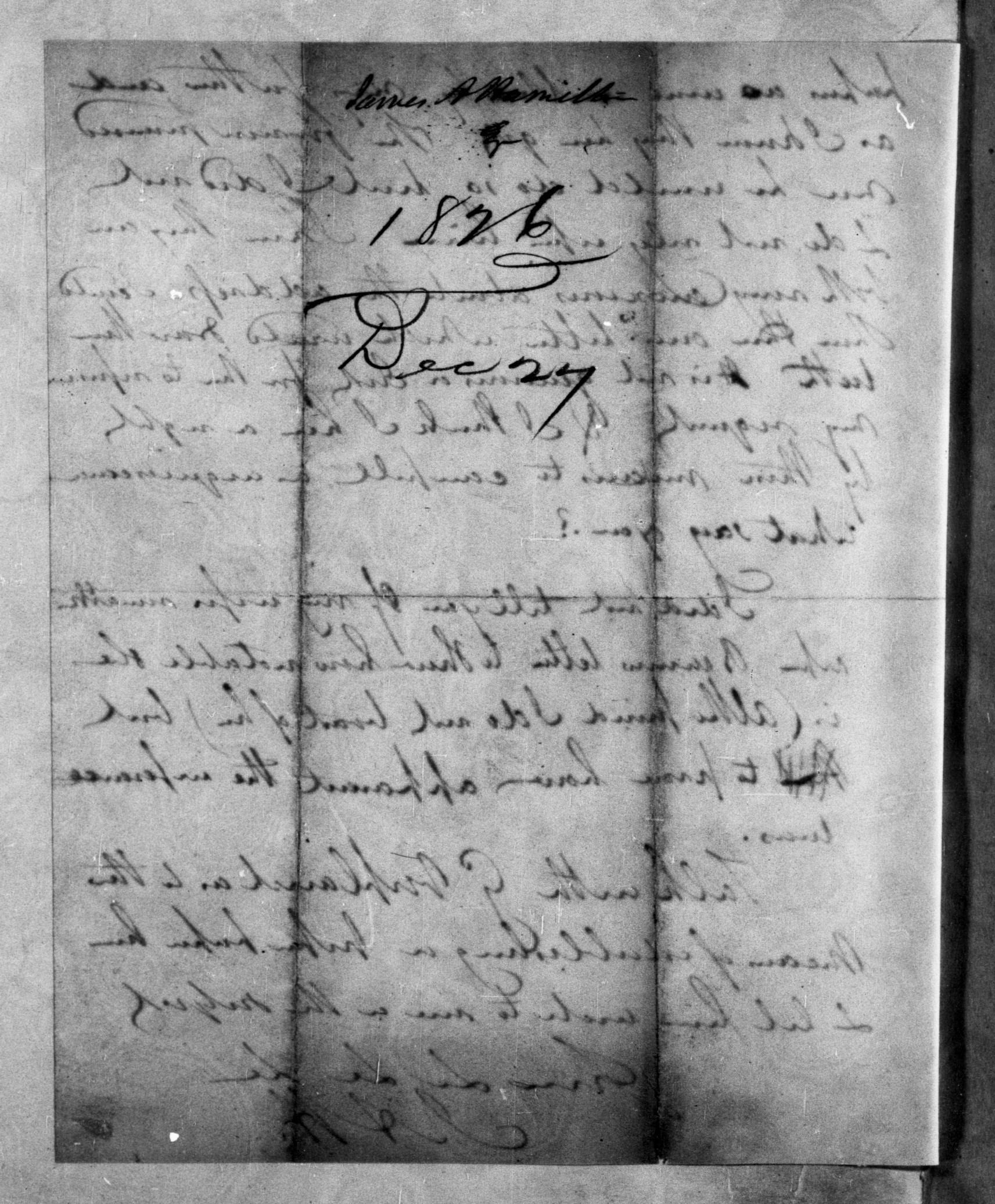 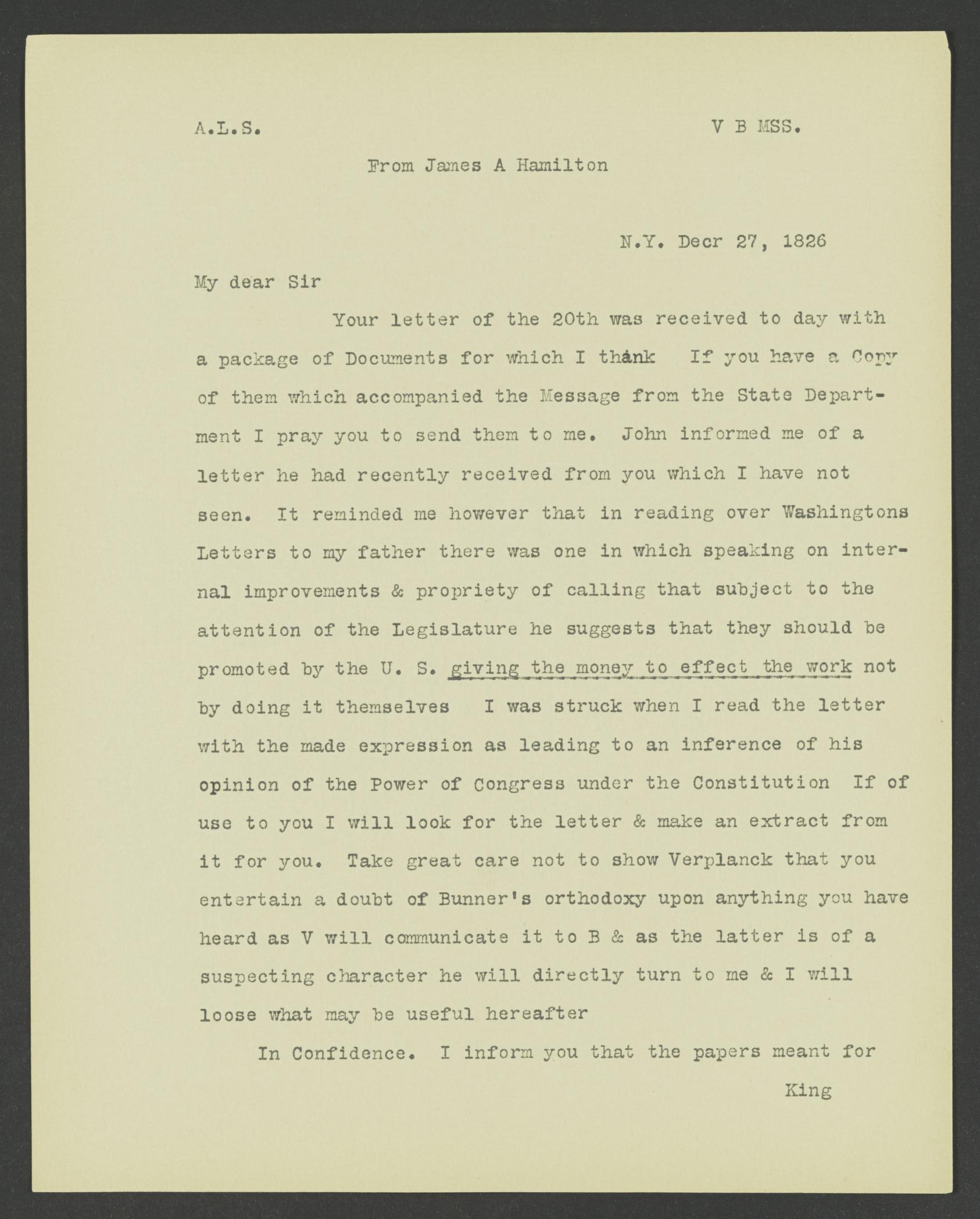 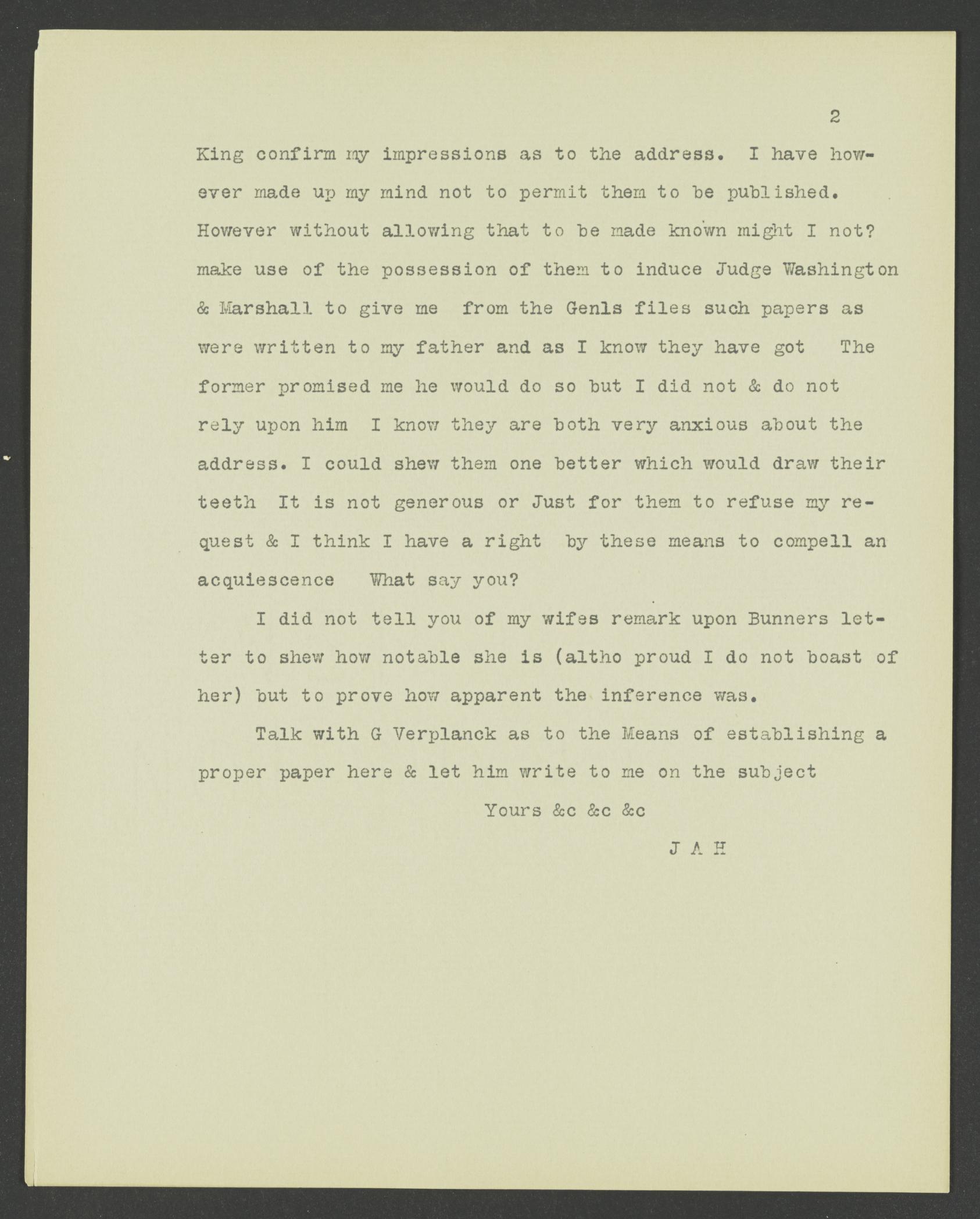