In pursuance of your request I have examined my late Fathers Papers for the evidence of his opinions upon the extent of the Constitutional Powers of Congress in reference to the subject of Internal Improvements and send you the result.

I find a Paper in his hand writing without date but from its content evidently written either in the year 1797 or 1798 and delivered by him at that time to Genl Drayton of New Jersey then a member of Congress in which are detailed the dangers which in his view threatened our Country and the Measures which ought to be resorted to by the Party in power to sustain the Government.

This Paper was received from Genl Drayton since my Fathers death by my brother James. It contains the following observations.

“3. arrangements for confirming and enlarging the legal powers of the Government.

There are several ^temporary^ laws which in this view ought to be rendered particularly that which authorizes the calling out of the militia to suppress internal combinations and insurrections.

An article ought to be proposed to be added to the Constitution for impowering Congress to open Canals in all cases in which it may be necessary to conduct them through the territory of two or more states or through the territory of a State and that of the U States. The Power is very desirable for the purpose of improving the prodigious facilities for inland navigation with which nature has favored this Country. It will also assist Commerce and agriculture by rendering the transportation of commodities more cheap and expeditious. It will tend to secure the connection by facilitating the communication between different portions of the Union and it will be a useful source of influence to the Government.” 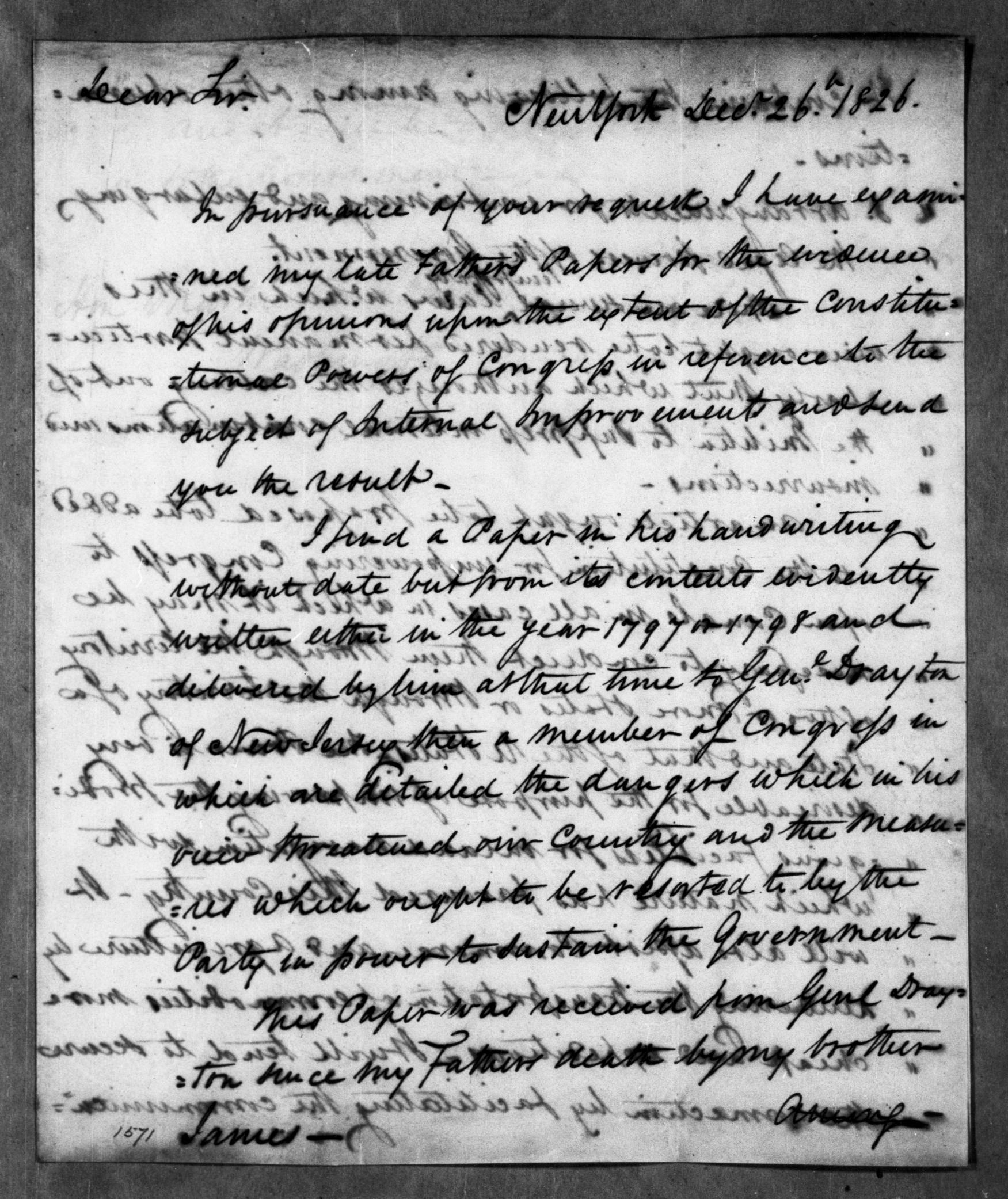 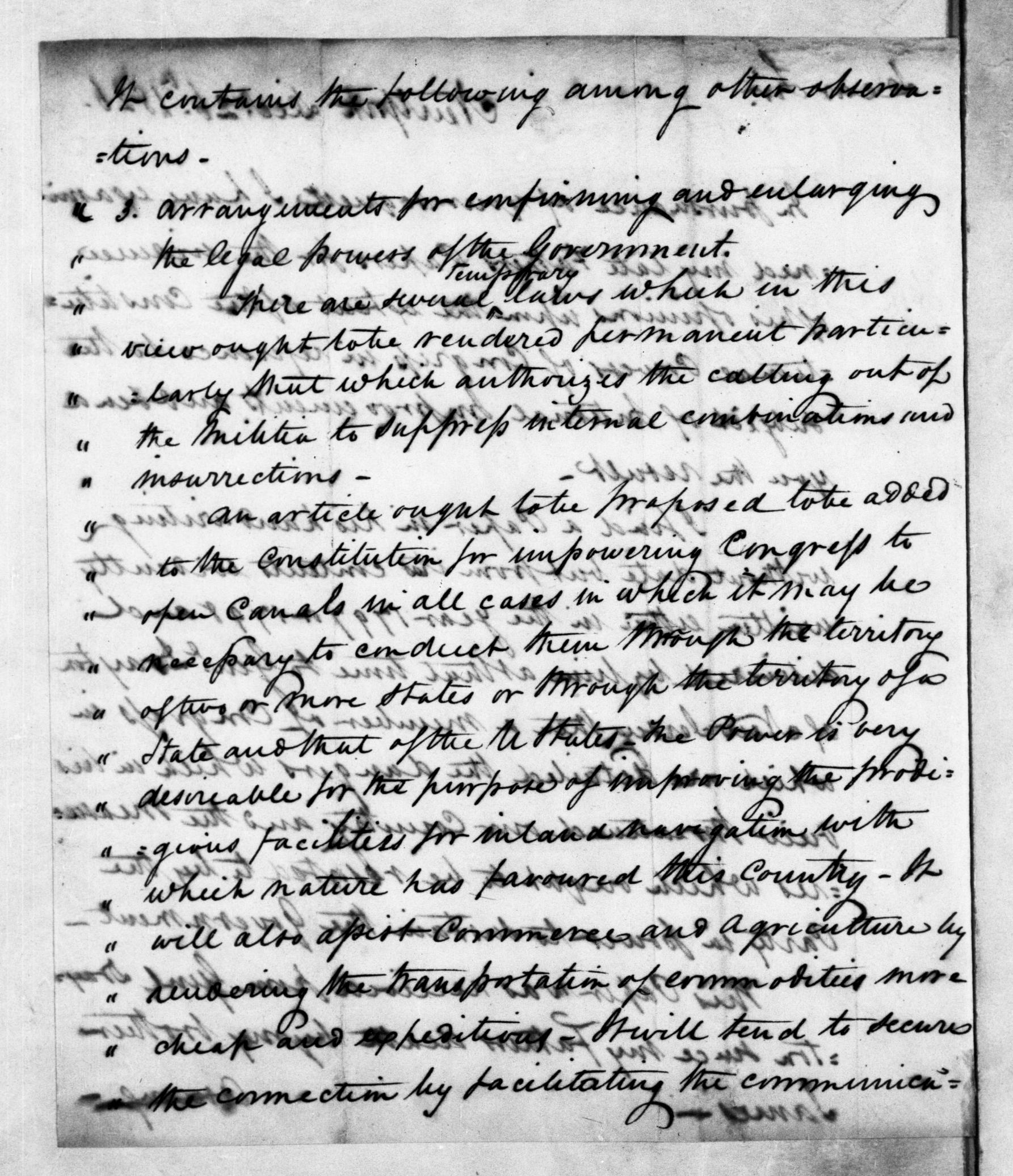 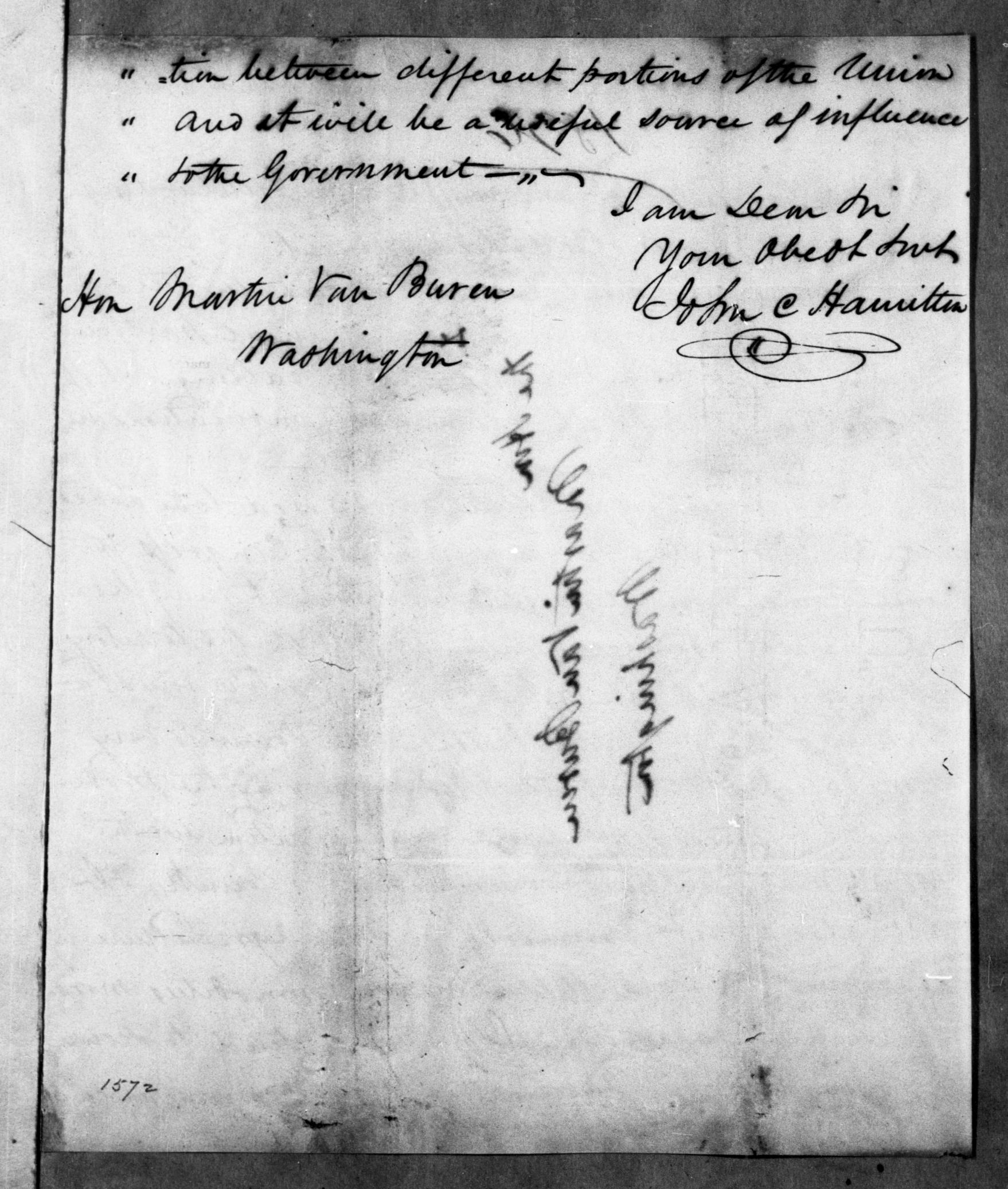 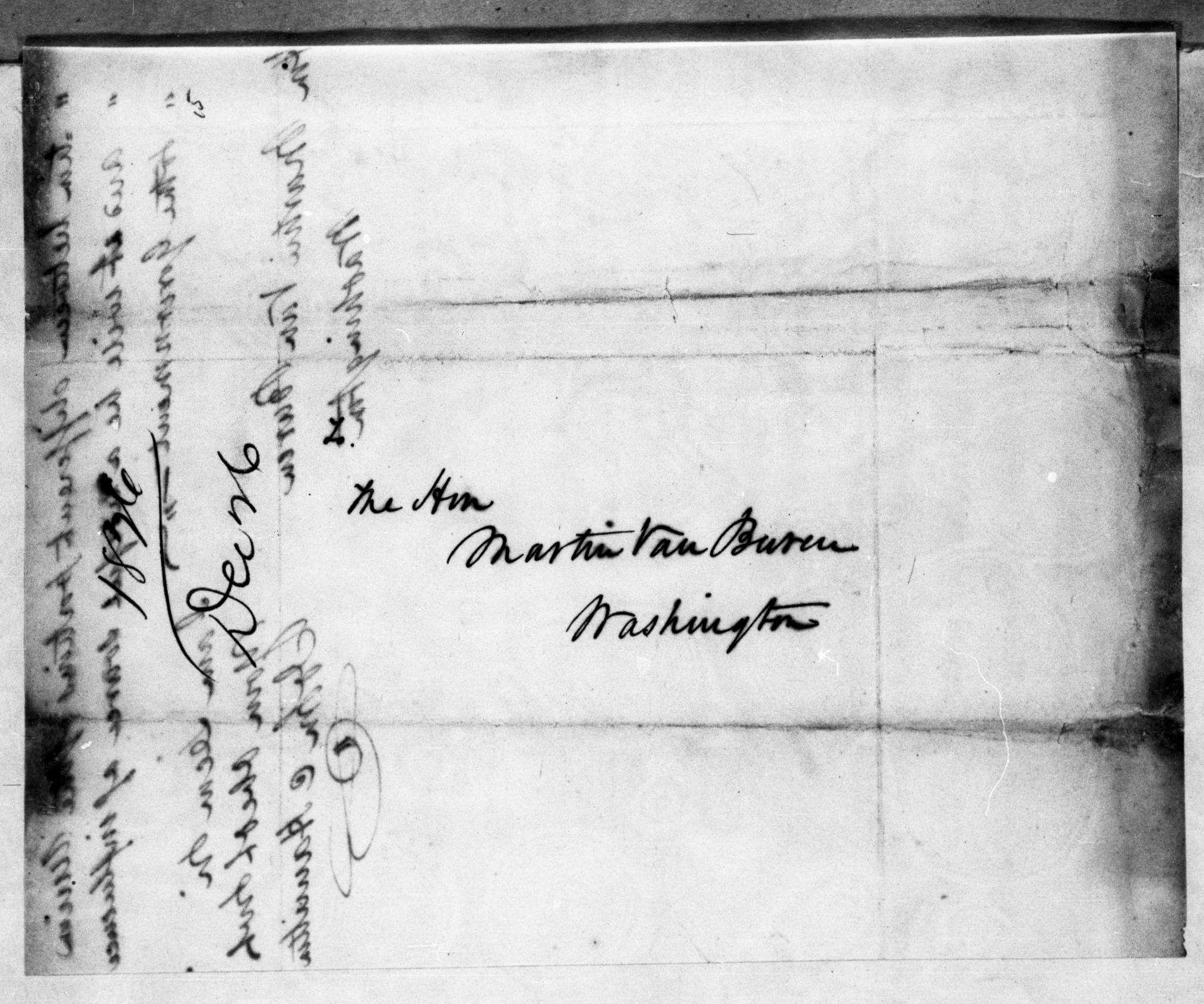 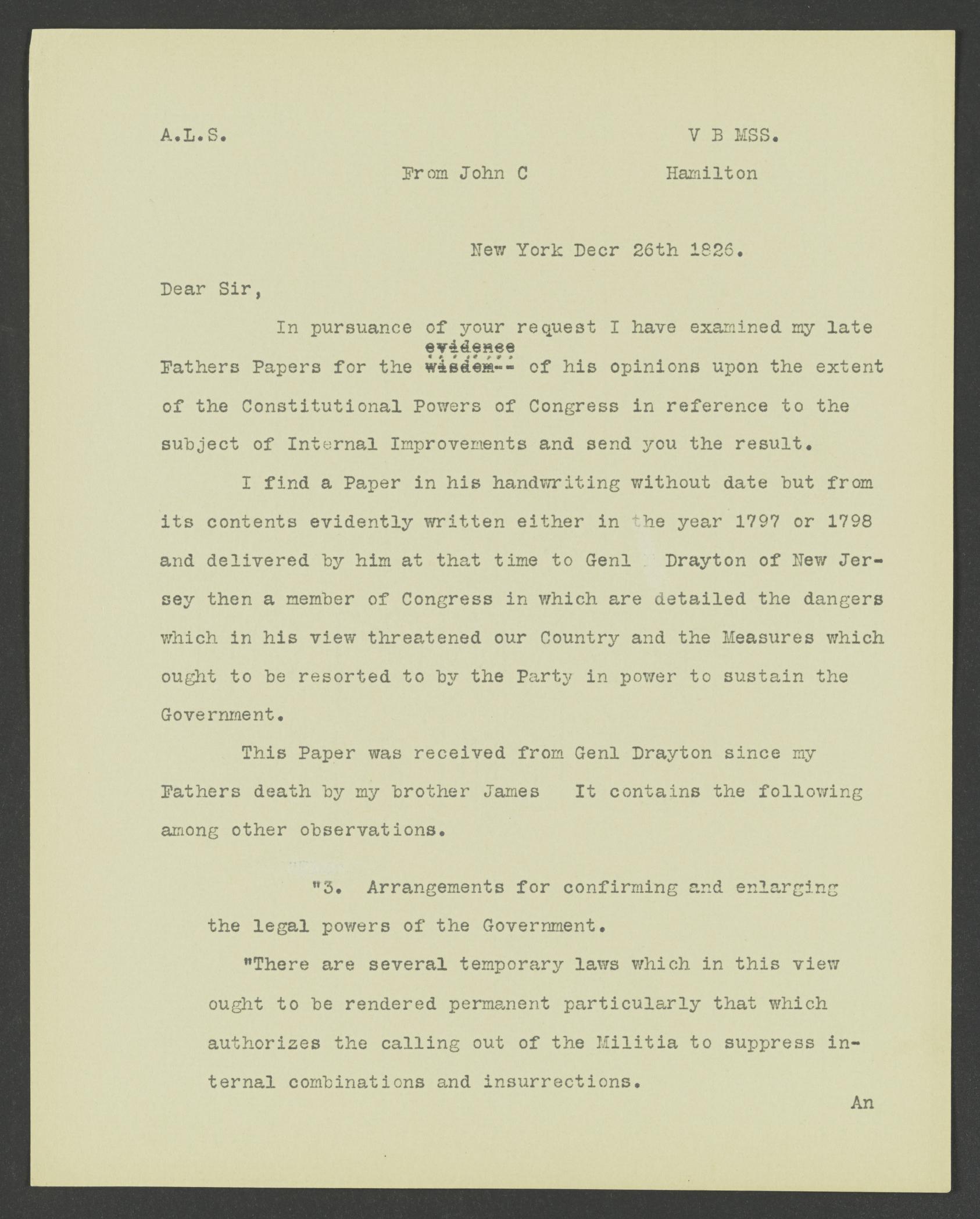 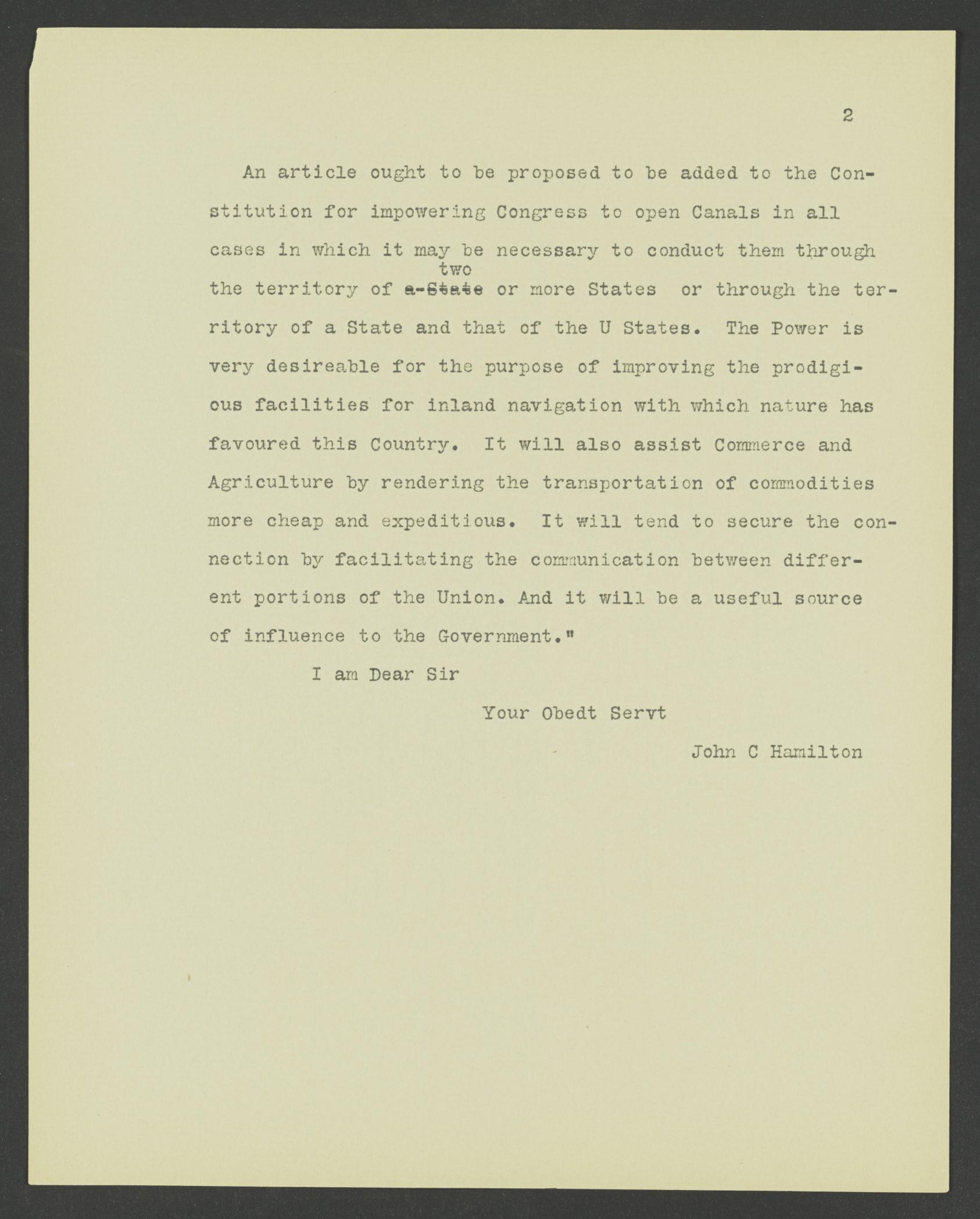