The enclosed copy was prepared some time since but at the moment I intended transmitting it my eldest child fell extremely sick which engrossed all my thoughts and rendered me a delinquent in the execution of my promise.

I saw Edwards some days since. He promised not to exert any influence against you but he is a bird of night and cannot bear the lustre of another reputation. I also called upon Noah He gives me to believe he meditates no mischief towards you on the contrary assured me if there were a serious opposition to you the Clintonians would support you. He says Tillotson told him there would be no opposing candidate, that Porter was their only man & he could not be carried. Noah further says that Dewitt now contents himself with looking to the V. Presidency under Jackson. He is evidently the mere tool of the Party & possesses more influence with Dewitt from recent circumstances than at first would be inferred. I have seen such of the members as I could influence & have interested Bailey & Bloodgood to see others. The result is entire confidence that 9 will vote right in Caucus & the whole in the House. Wer Might it not under certain circumstances be important that the Senate & assy should vote as distinct bodies?

I wish this election over that your attention might not be diverted from National topics am extremely gratified to find you have thought it expedient to discuss the question of Int Imp’ts which I have no doubt will add another column to your fame & I wish in reference to the future you could gratify the Mercantile interest in this W India Question. 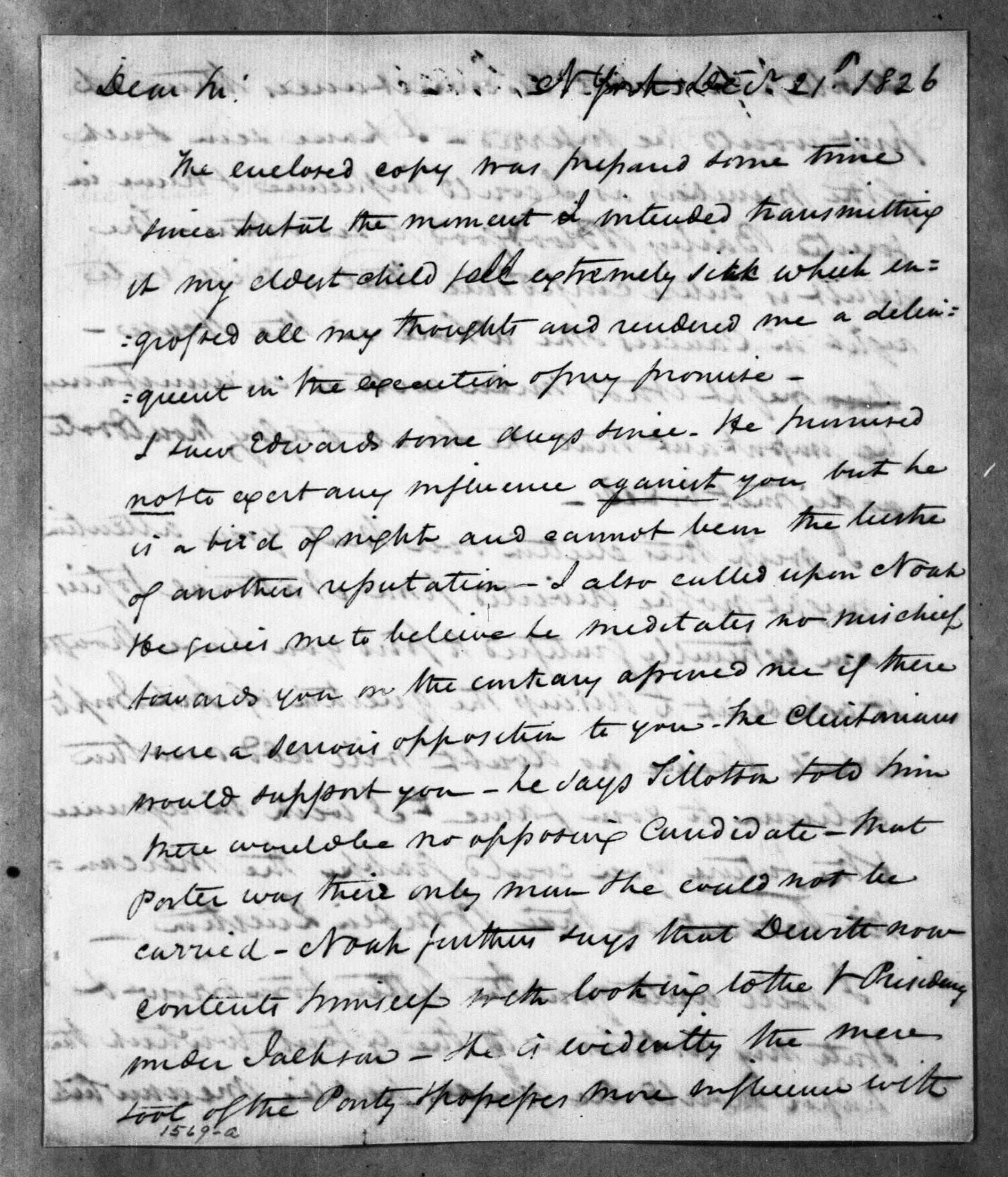 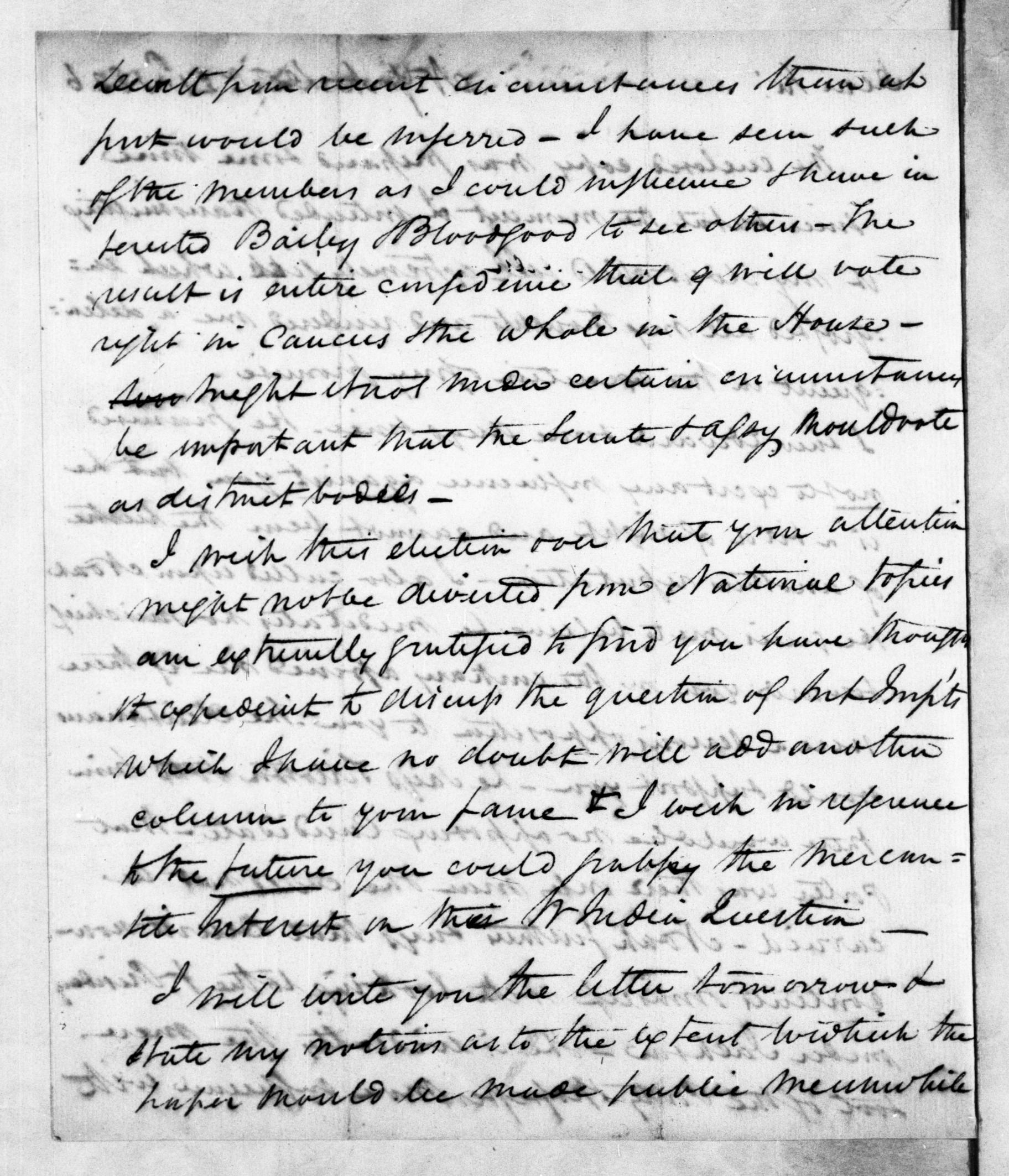 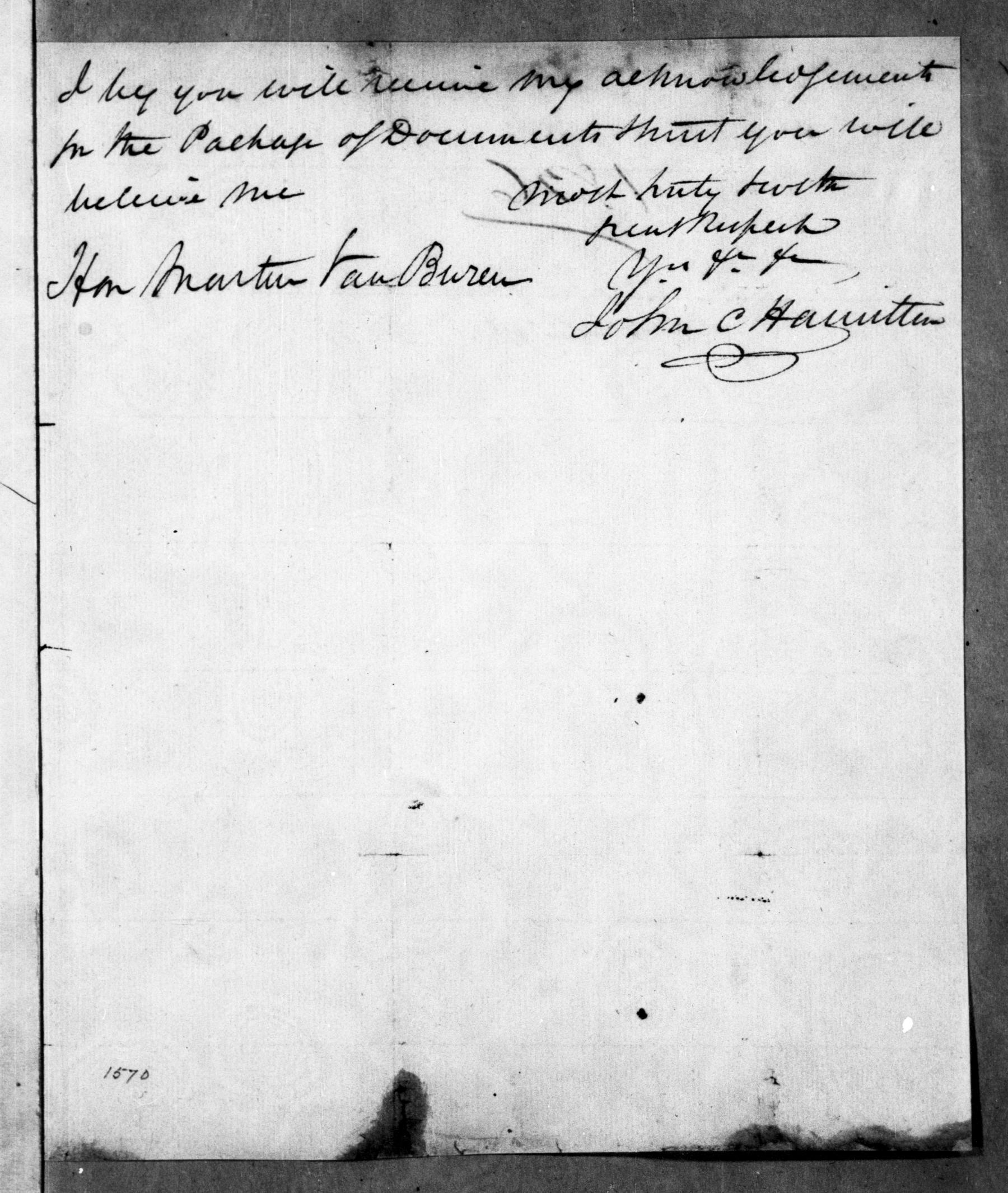 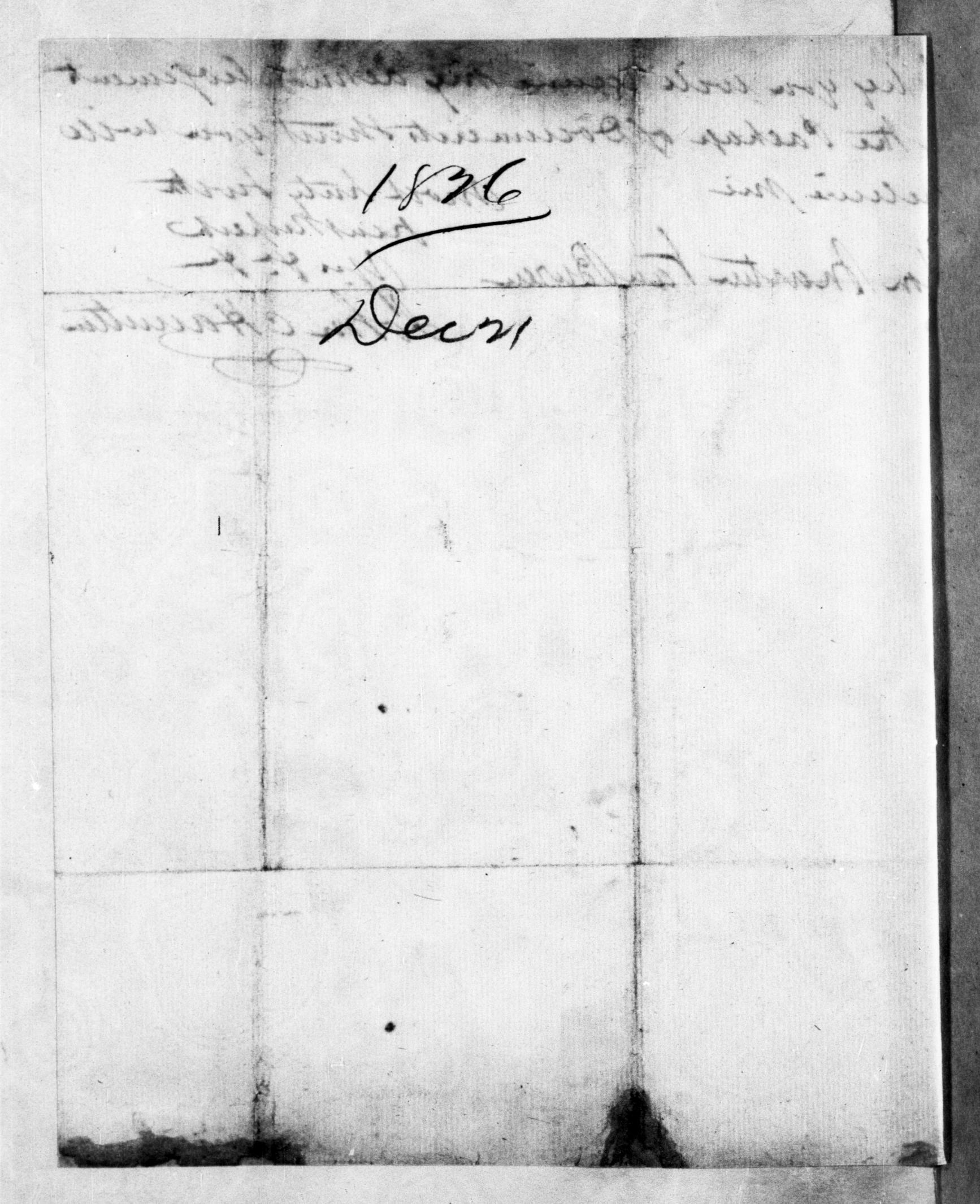 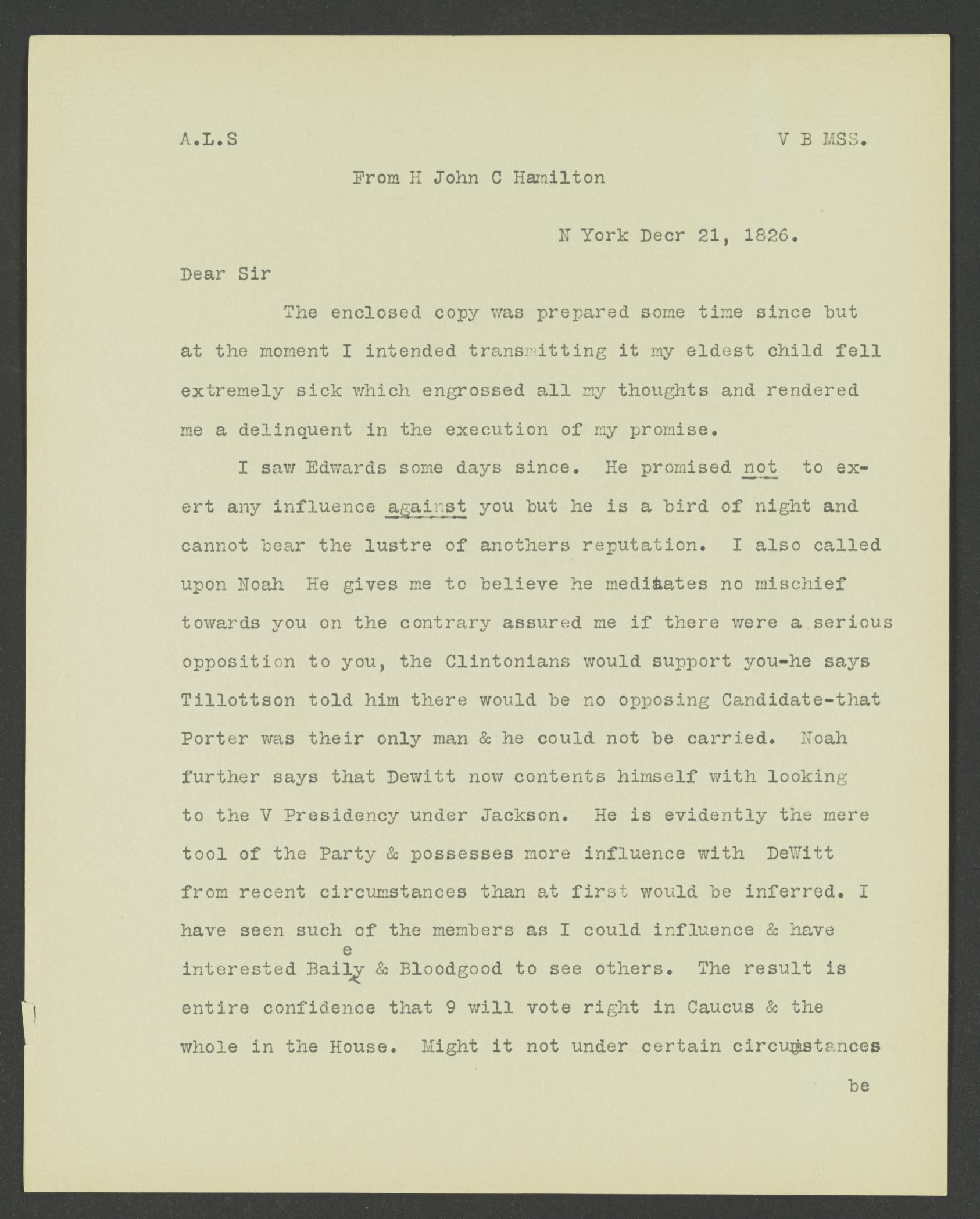 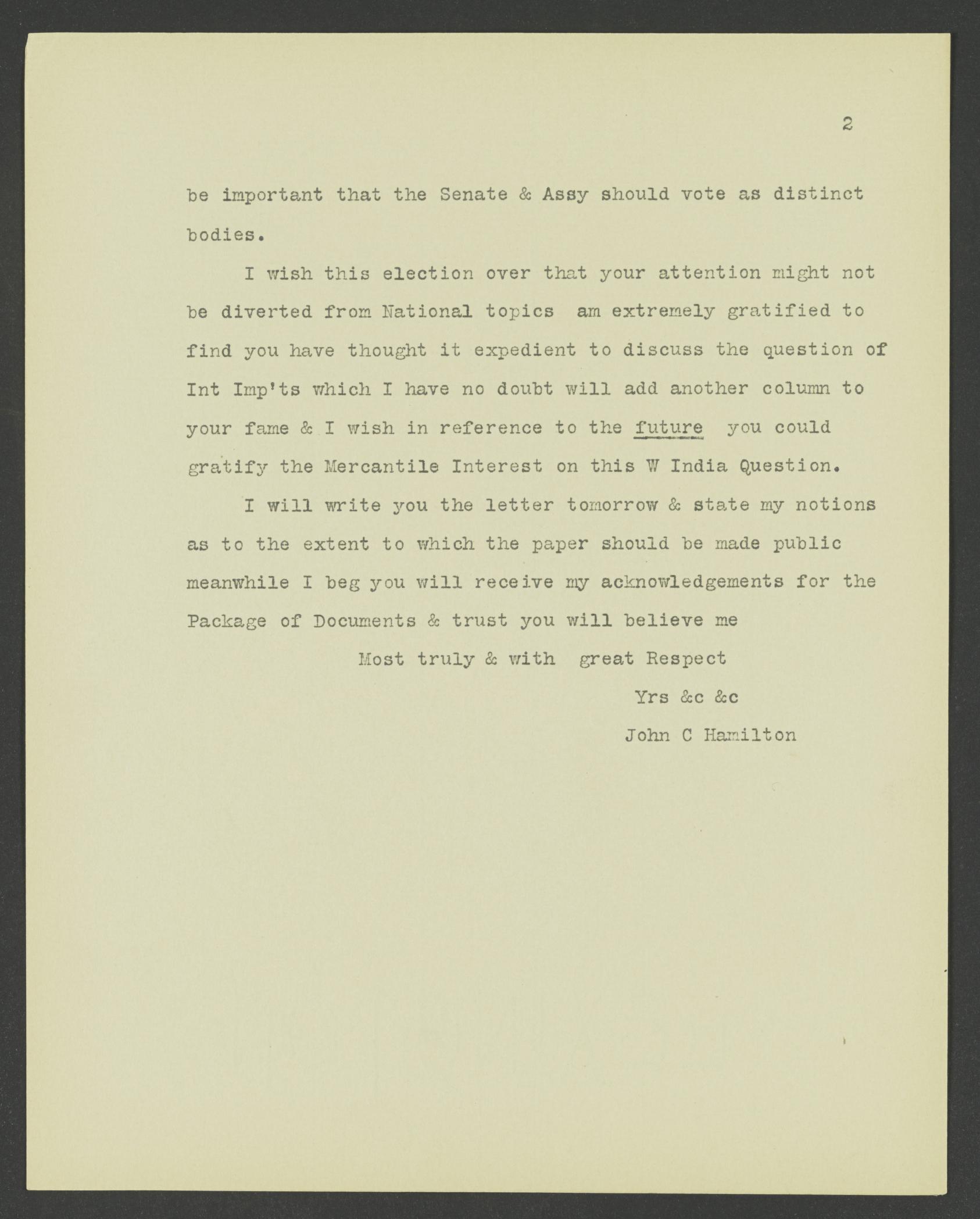