I have already spun out this letter to such an unconscionable length that I cannot now answer your queries as to the future. If Genl Jackson & his friends will put his election on old Party grounds restore the old systems & avoid if not condemn the <excesses> of the last campaign we can by adding his personal popularity to the yet remaining force of the old party feelings not only succeed in electing him but our success when achieved will be worth something. We will ^shall^ see what they are willing to do <illegible>. The <illegible> of New Jersey are assuring that it <continues in revolting>. No State of thing can exist in which we cannot, make it up three times over in this State.

The section between the [*]bracketed stars[*] is marked out with an X in the original manuscript. 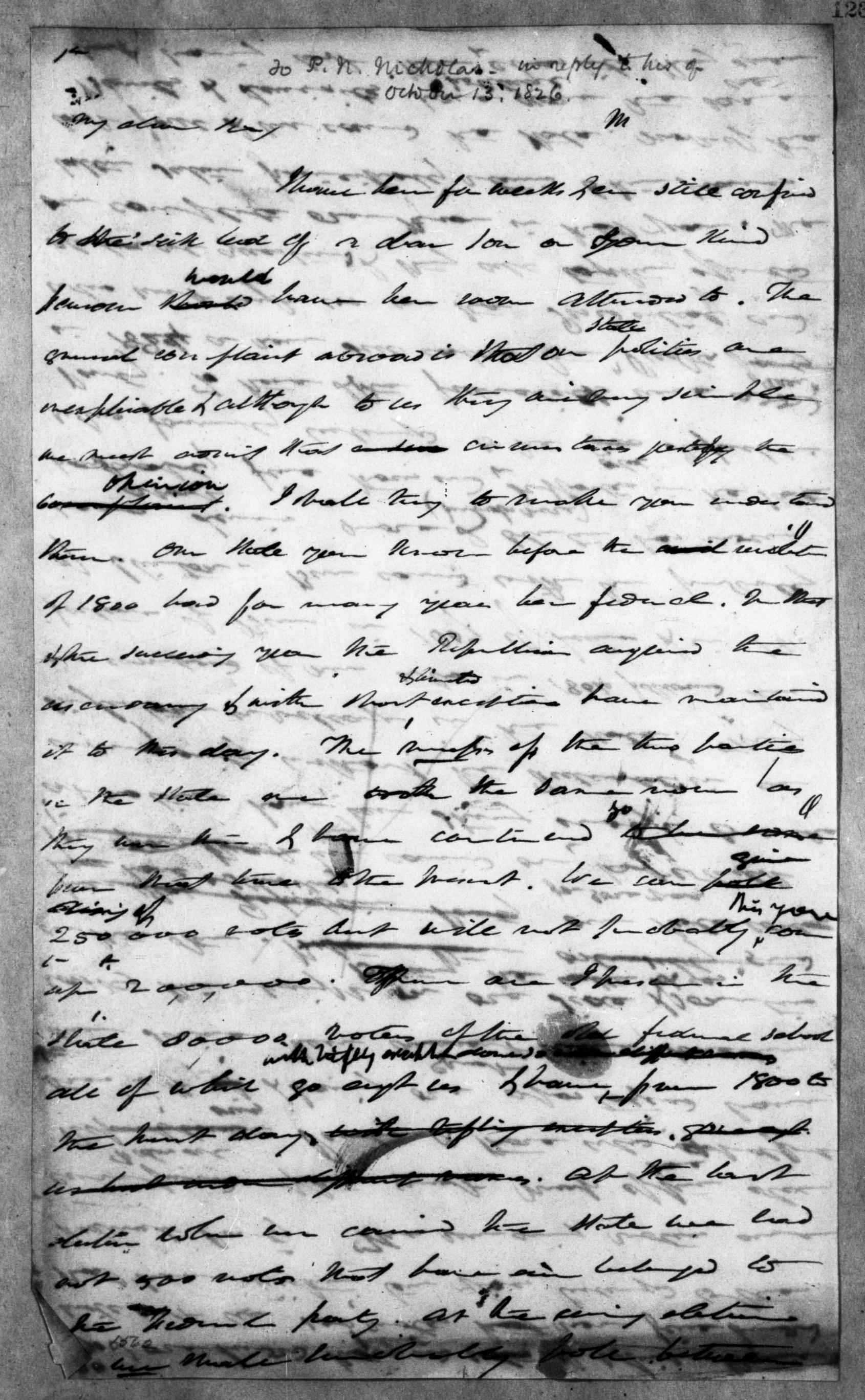 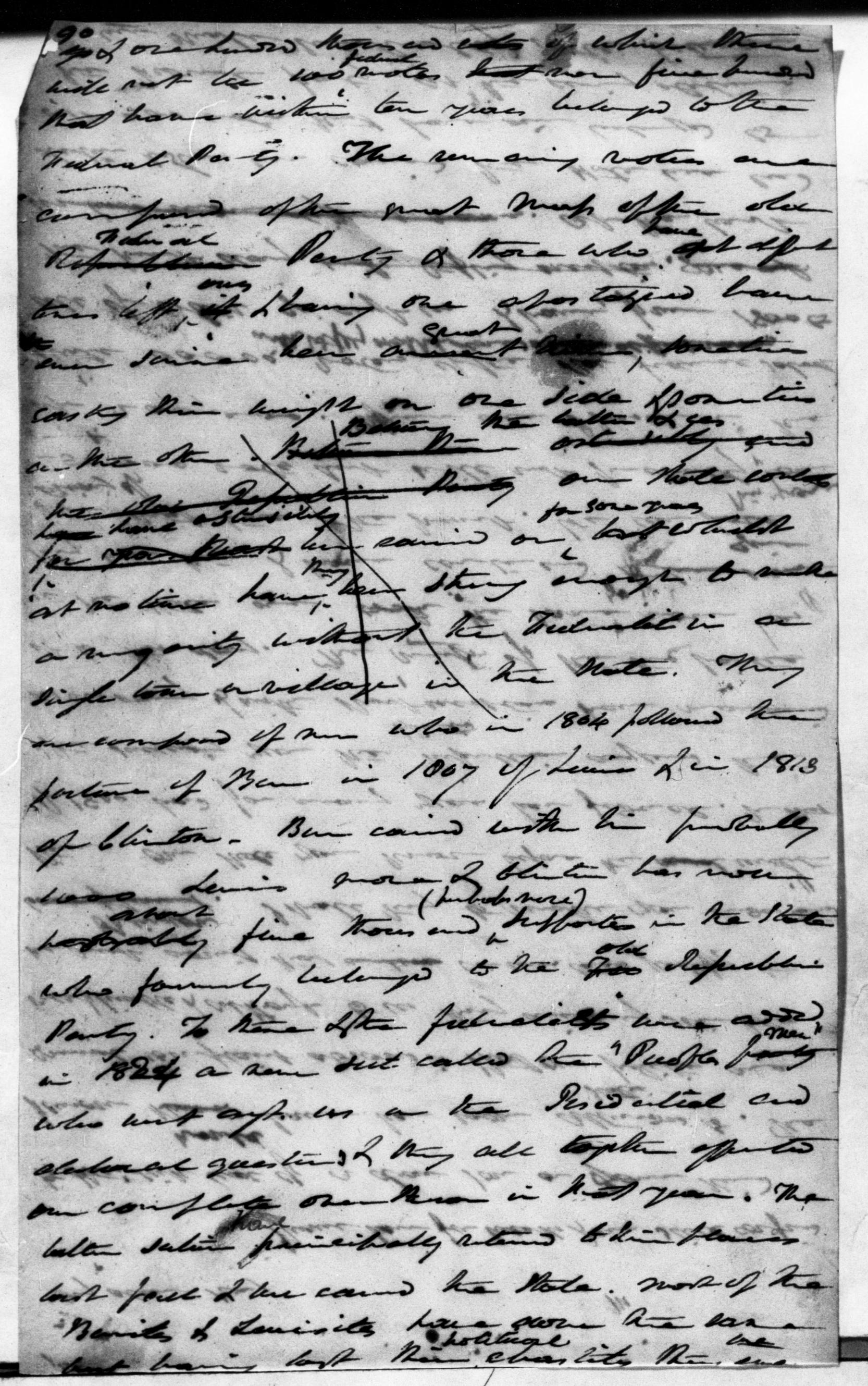 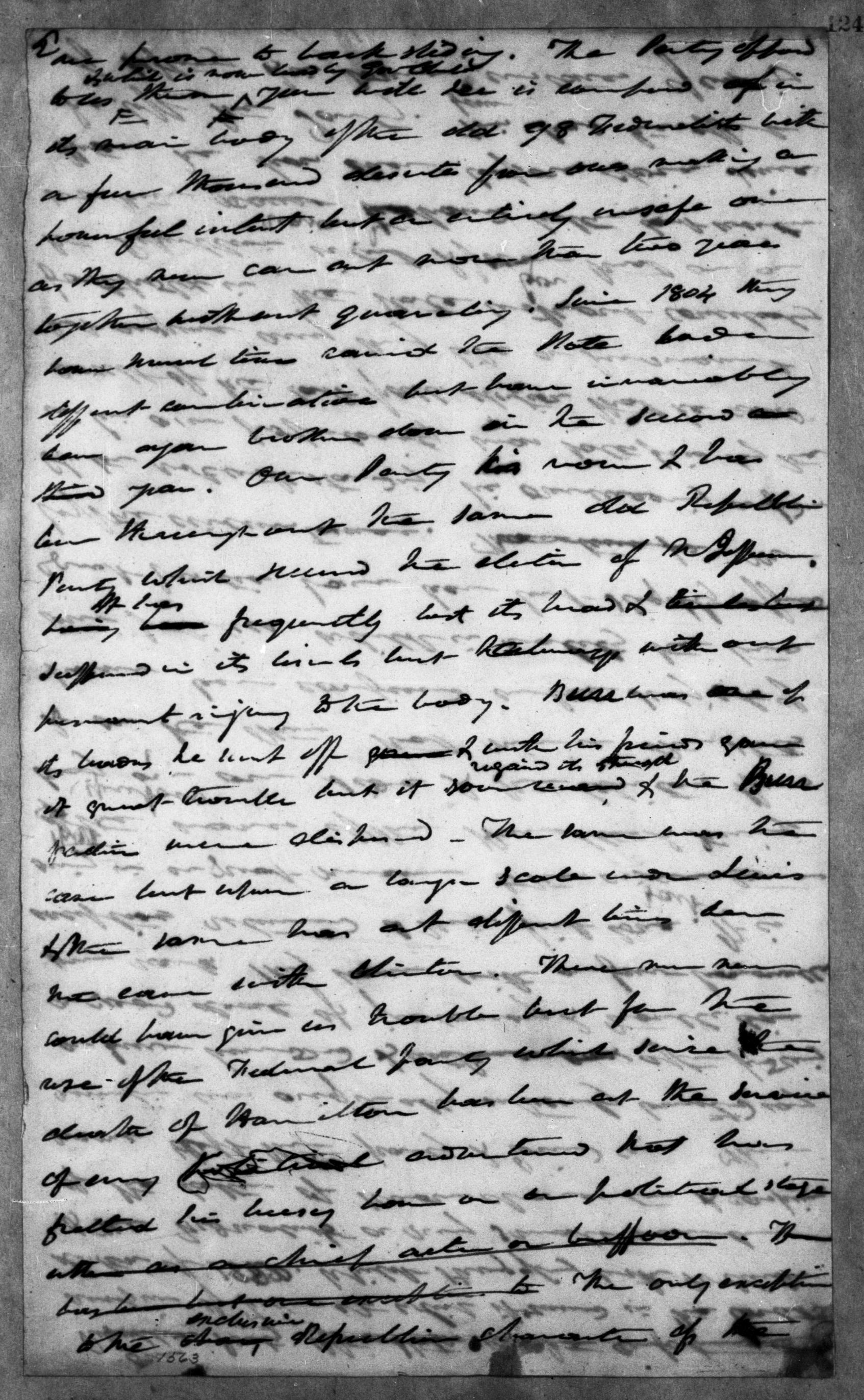 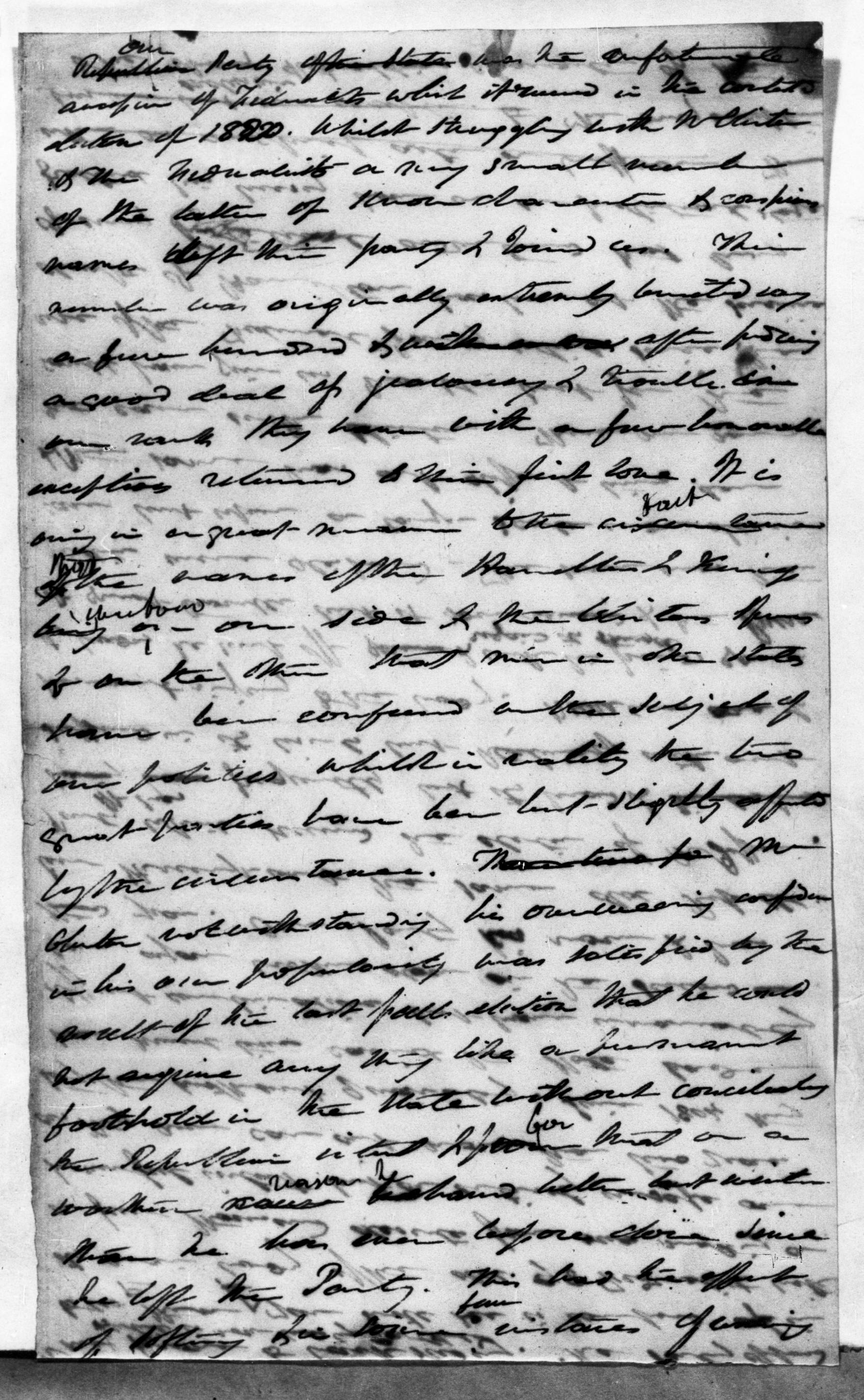 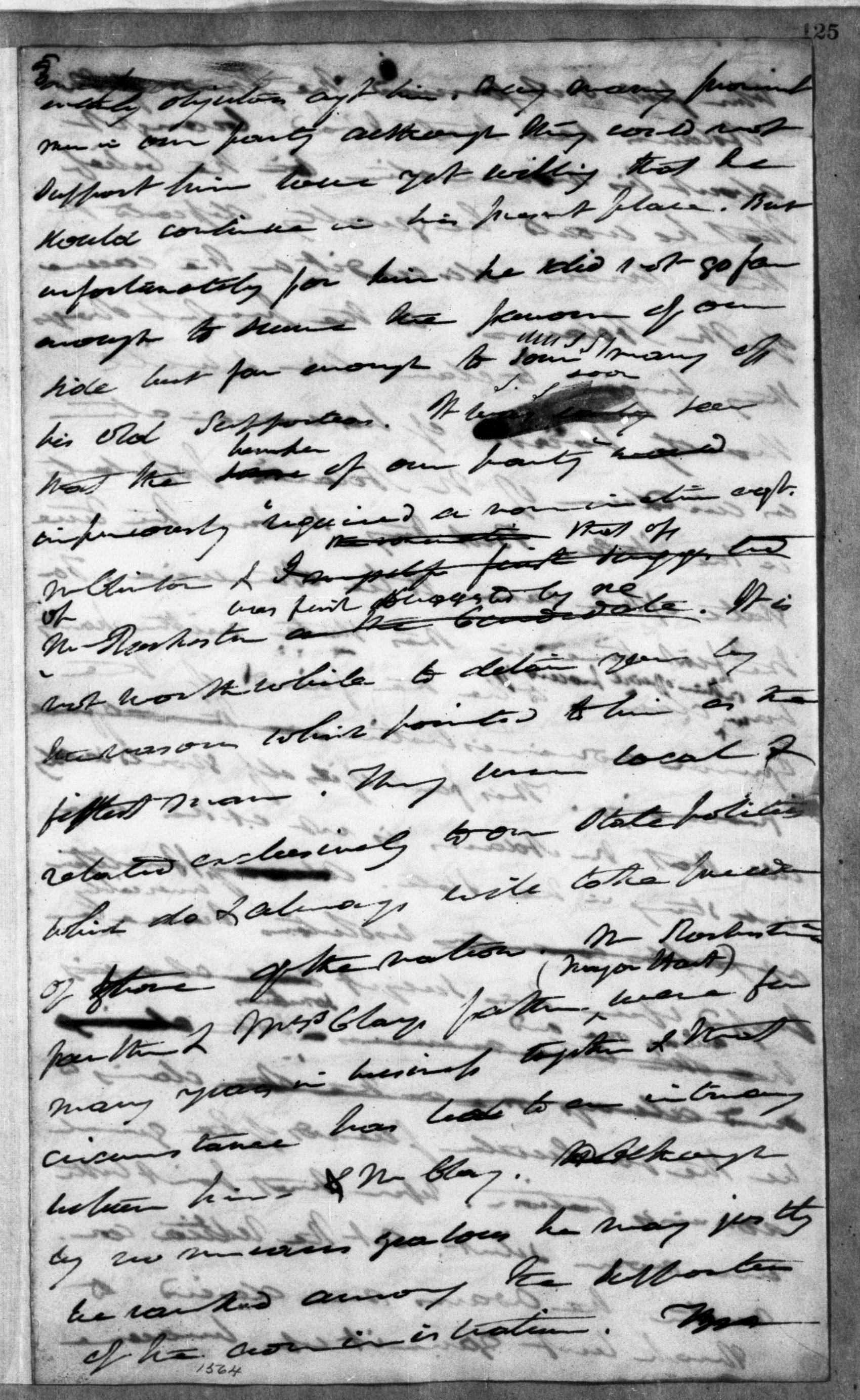 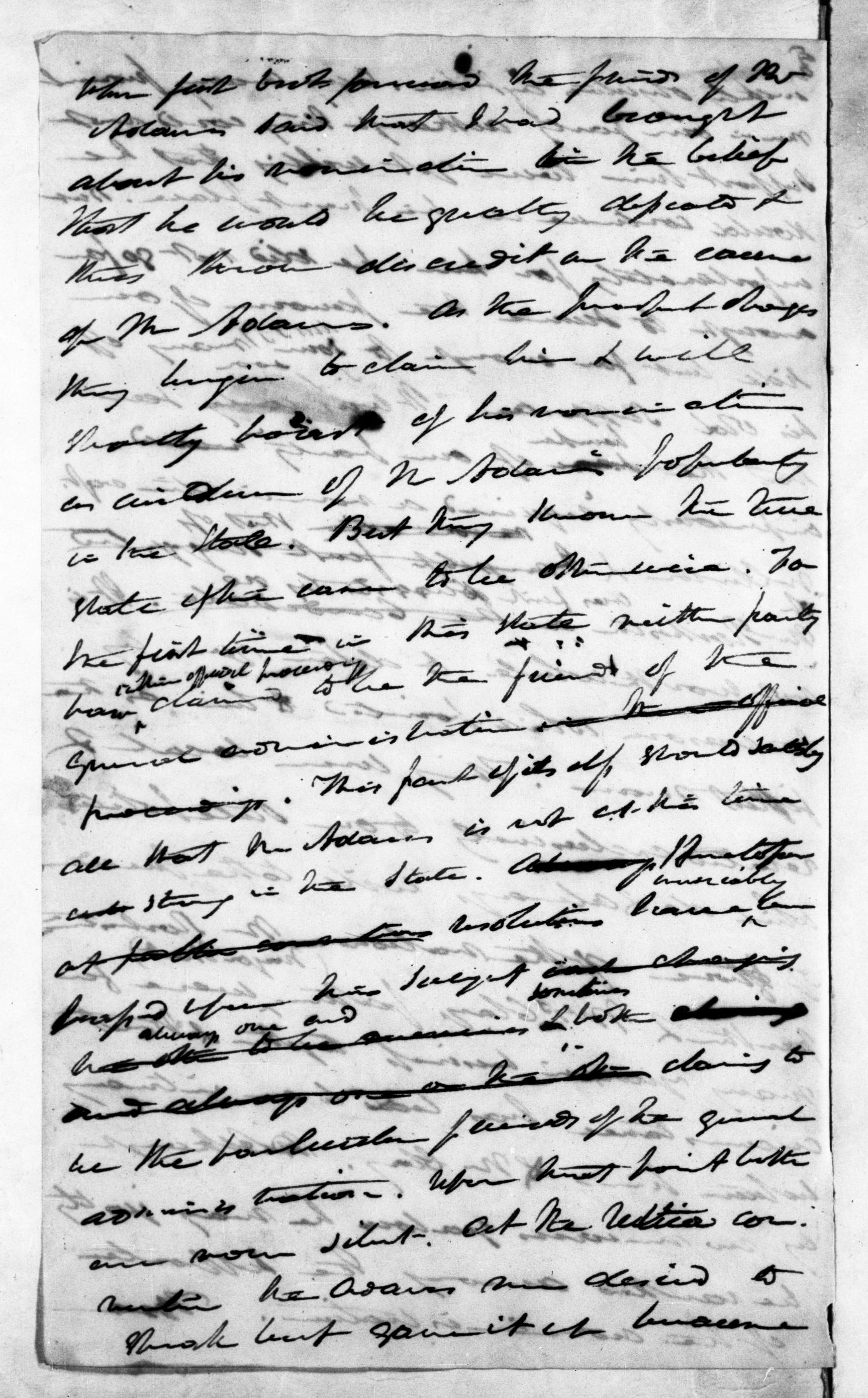 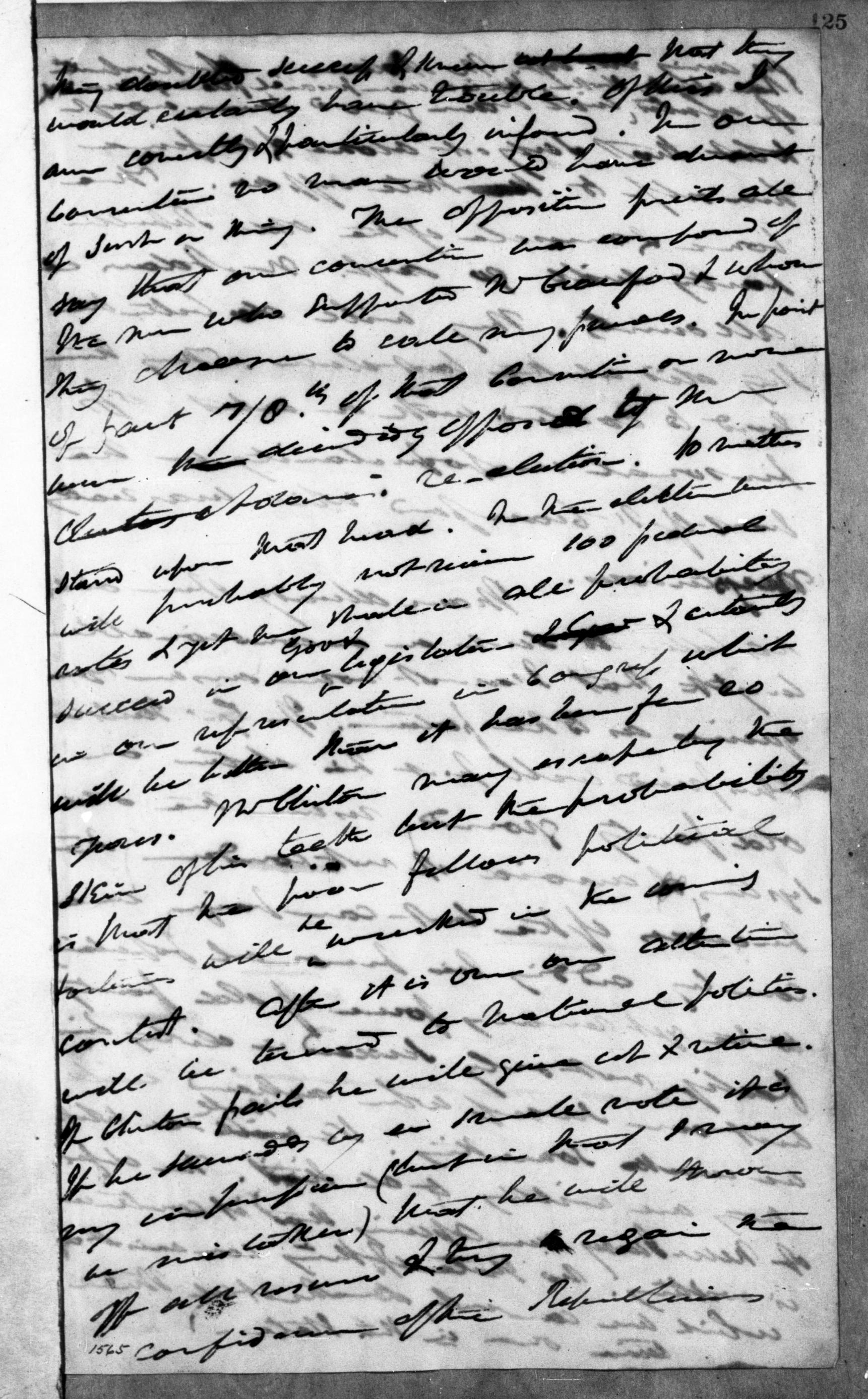 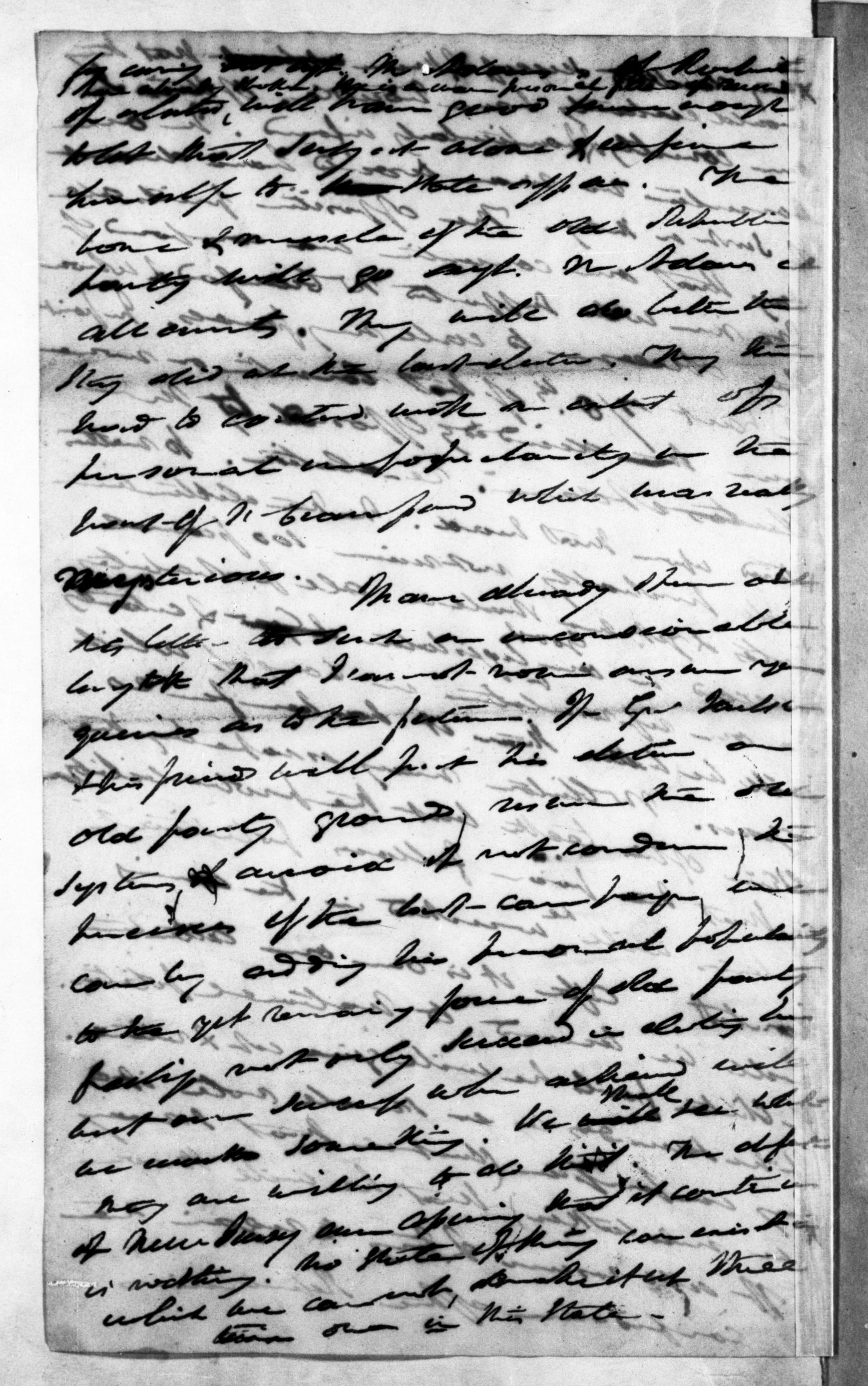 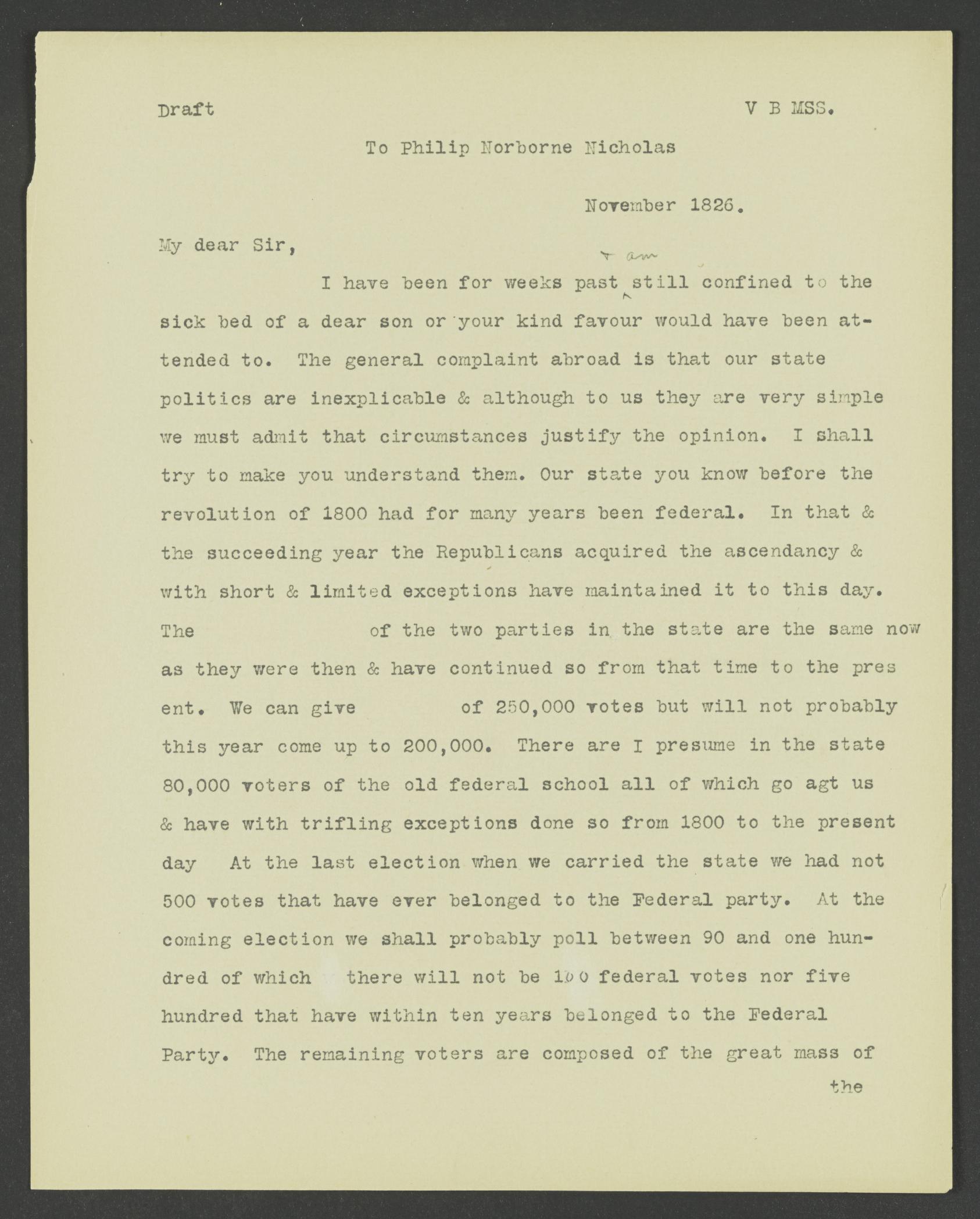 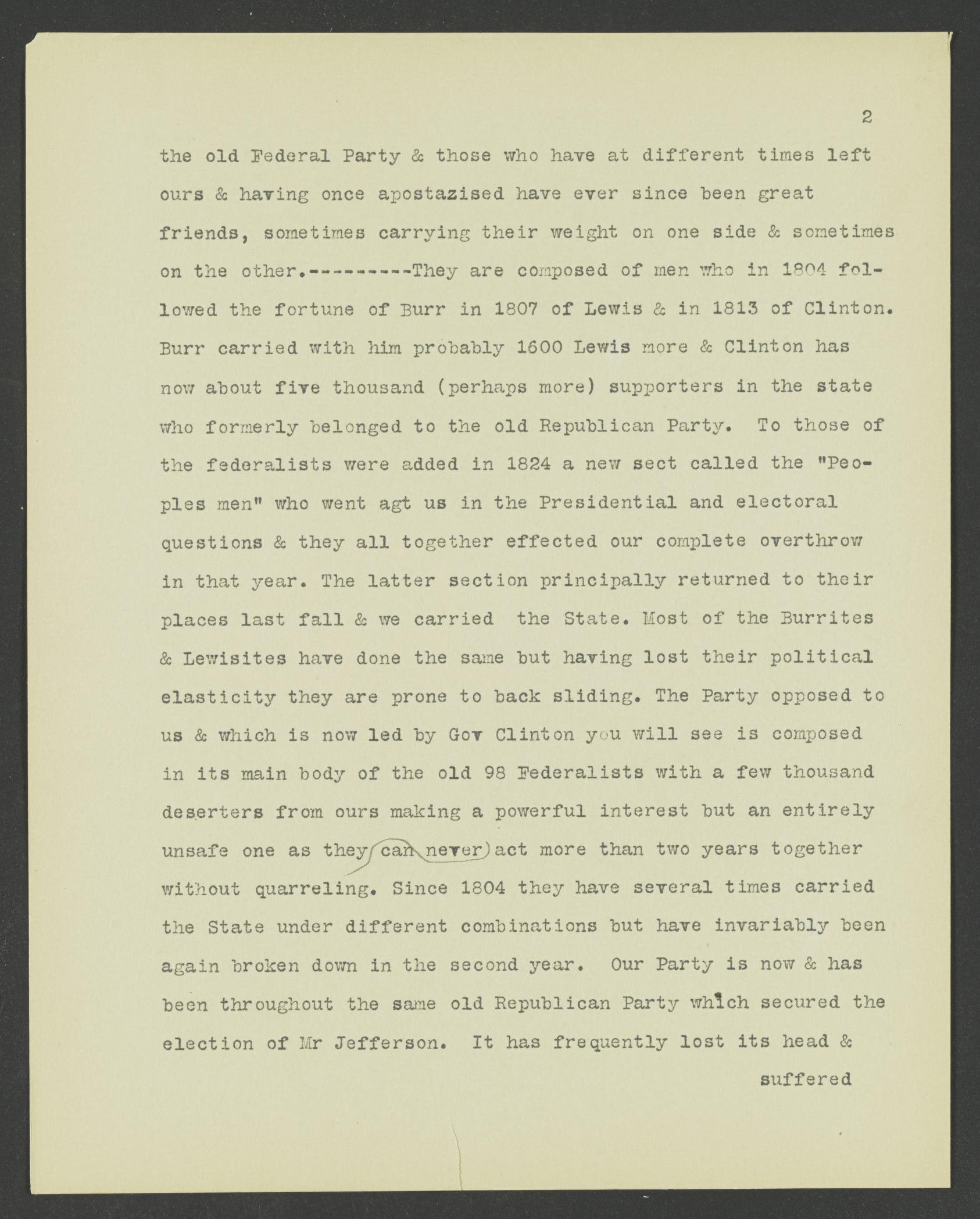 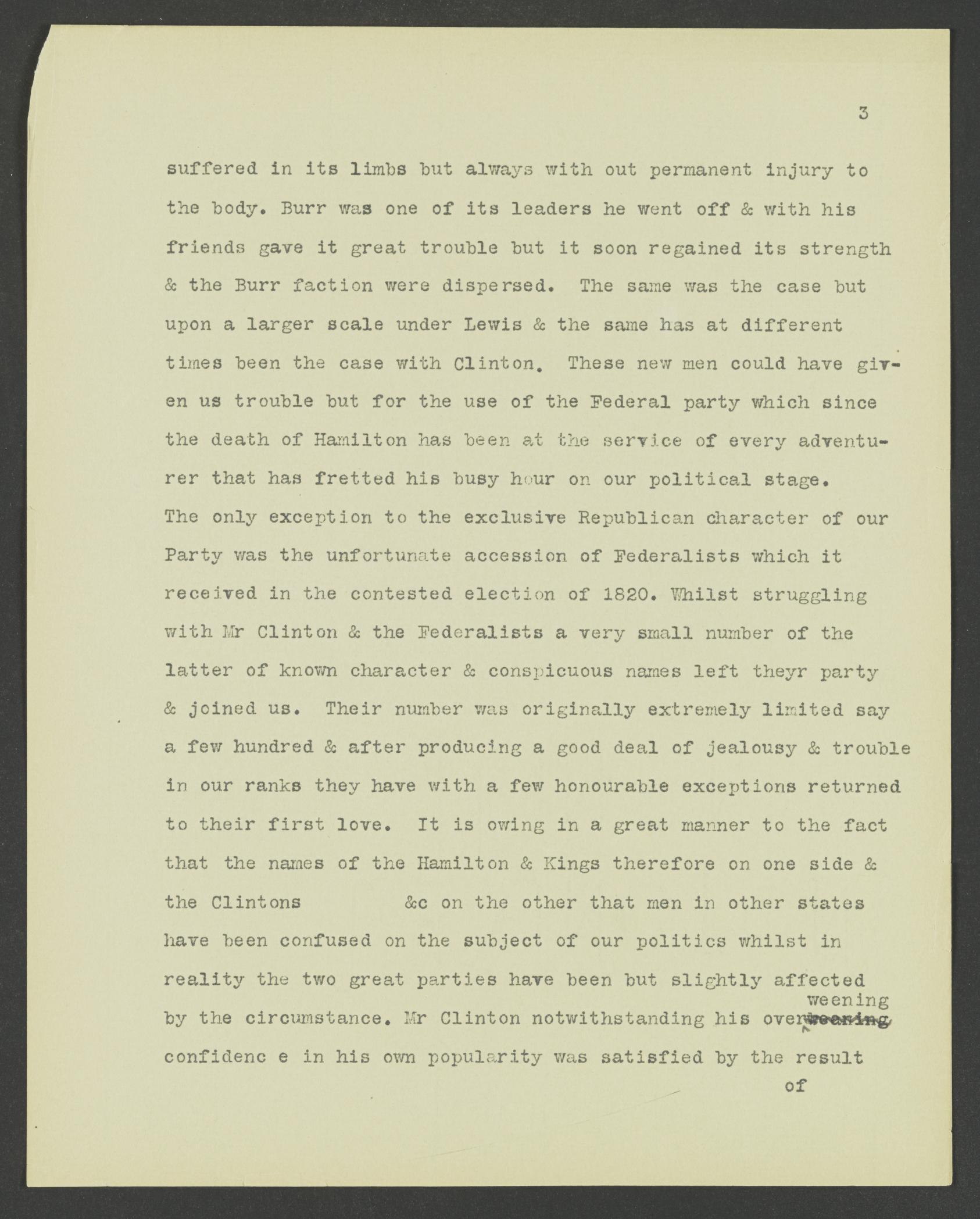 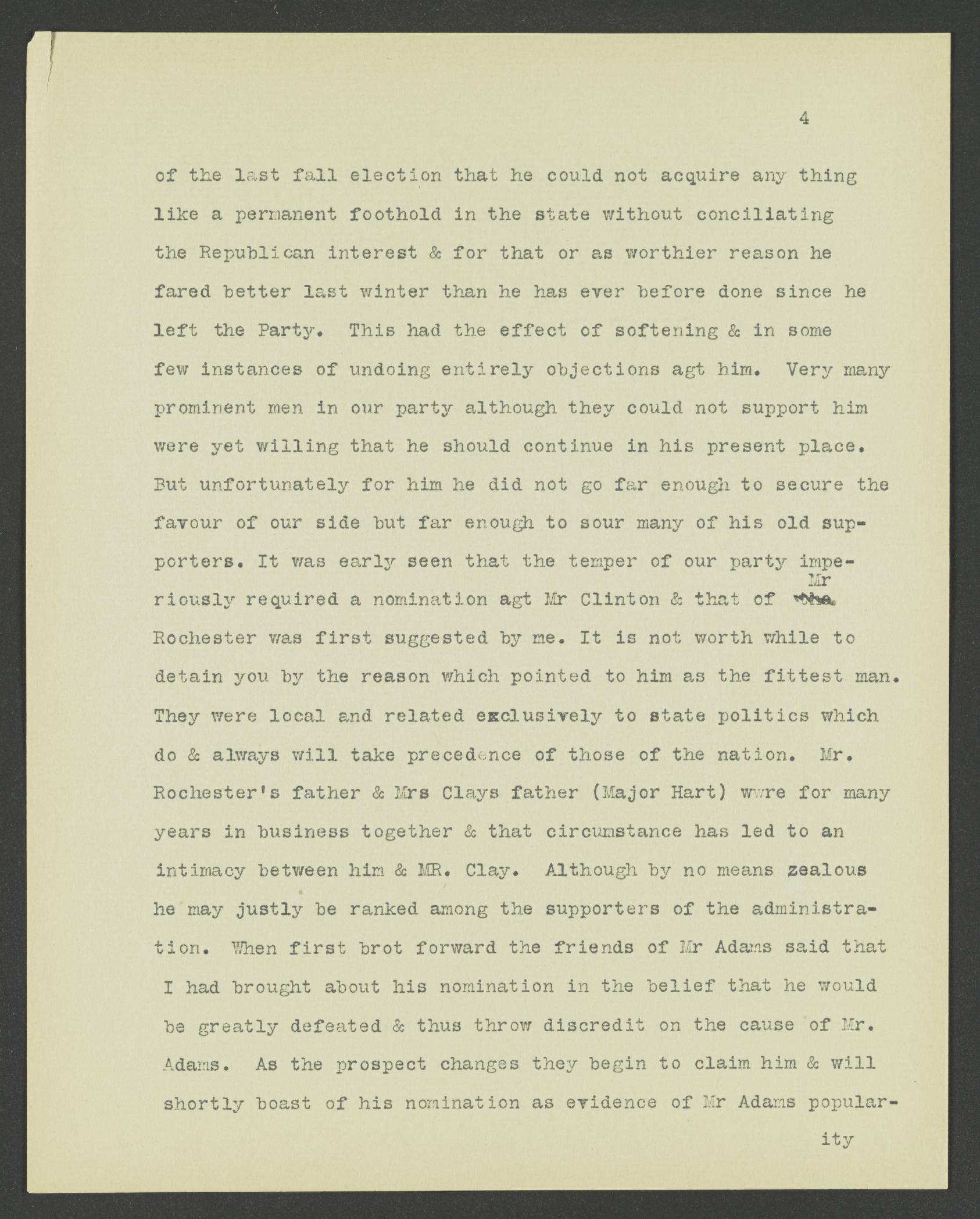 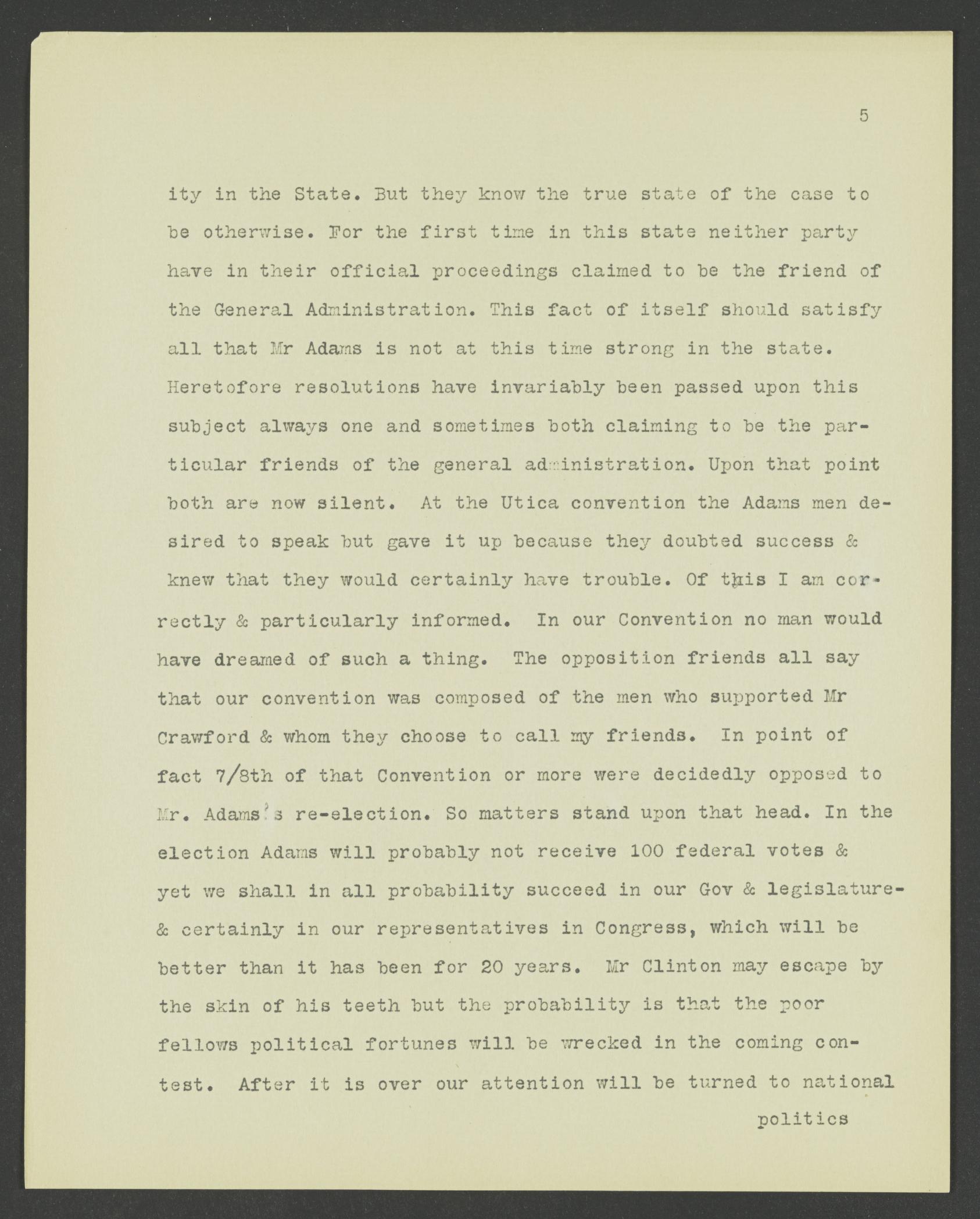 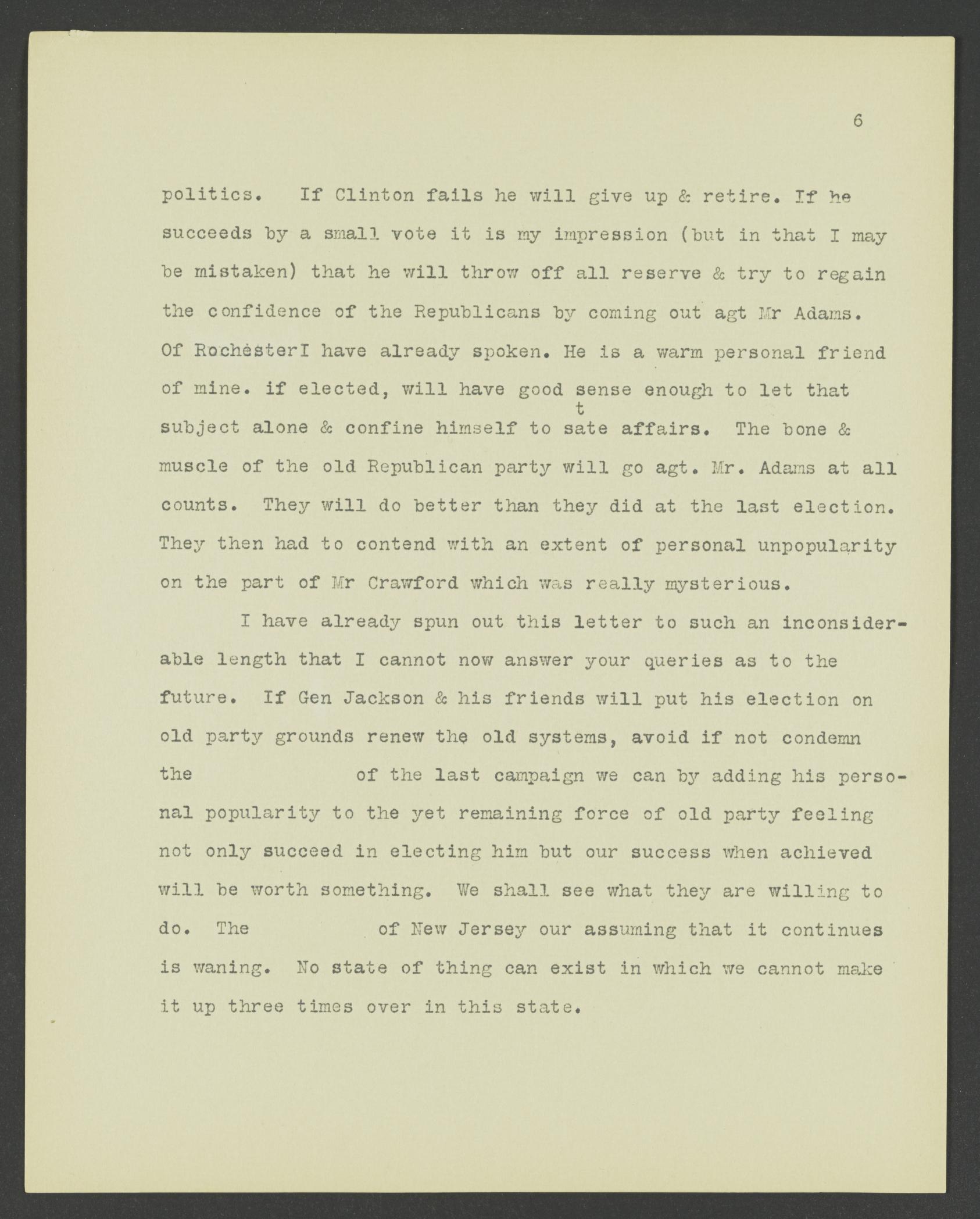