You must not induce me to do a thing I would be ashamed of. It is the most pleasant reflection of my life that I have never been wanting to any person who had claims upon me. The gentleman we have spoken of has such claims. Although he did not hold out to the last still his intentions in 1824 were to sustain me as far as he could agt. the adverse results of the day. The spirit was good but the flesh was weak. I cannot therefore after what has been said by him upon the subject become the member of any mess of which he is not invited to be one. Write to <Kirvan> that he must get some good rooms for you & me in an adjoining house & write to the Govr. that he must take his choice of the rooms we have.

The election in this part of the State will be one of the warmest we have had in a long time. The Clintonians are duly frightened & our friends are duly roused. In Columbia Williams & his friends ^on the one side^ & VDerpoel & the Livingstons on the other have entered into one of the most bitter & blood thirsty wars that history records. You will see by the enclosed the slate for Strong is in. Our folks are on the note of Patterson but the rogues will make the most out of the struggle & carry their Assembly ticket.

I shall keep an eye upon this matter & try to save Patterson. In almost every quarter of the state there is more or less insubordination. In ours all is smooth except Schenectady & Schoharie. There our good friend Easton (one of the 14) who voted for Crawford) was jostled out of his nomination. He has been here for some days & though strongly tempted as I supposed went home determined to be quiet. Accounts reached last night that he has been nominated in opposition to DeGraaf <who> got the nomination from him. He is [a man] of the greatest discretion & I know what he is about. 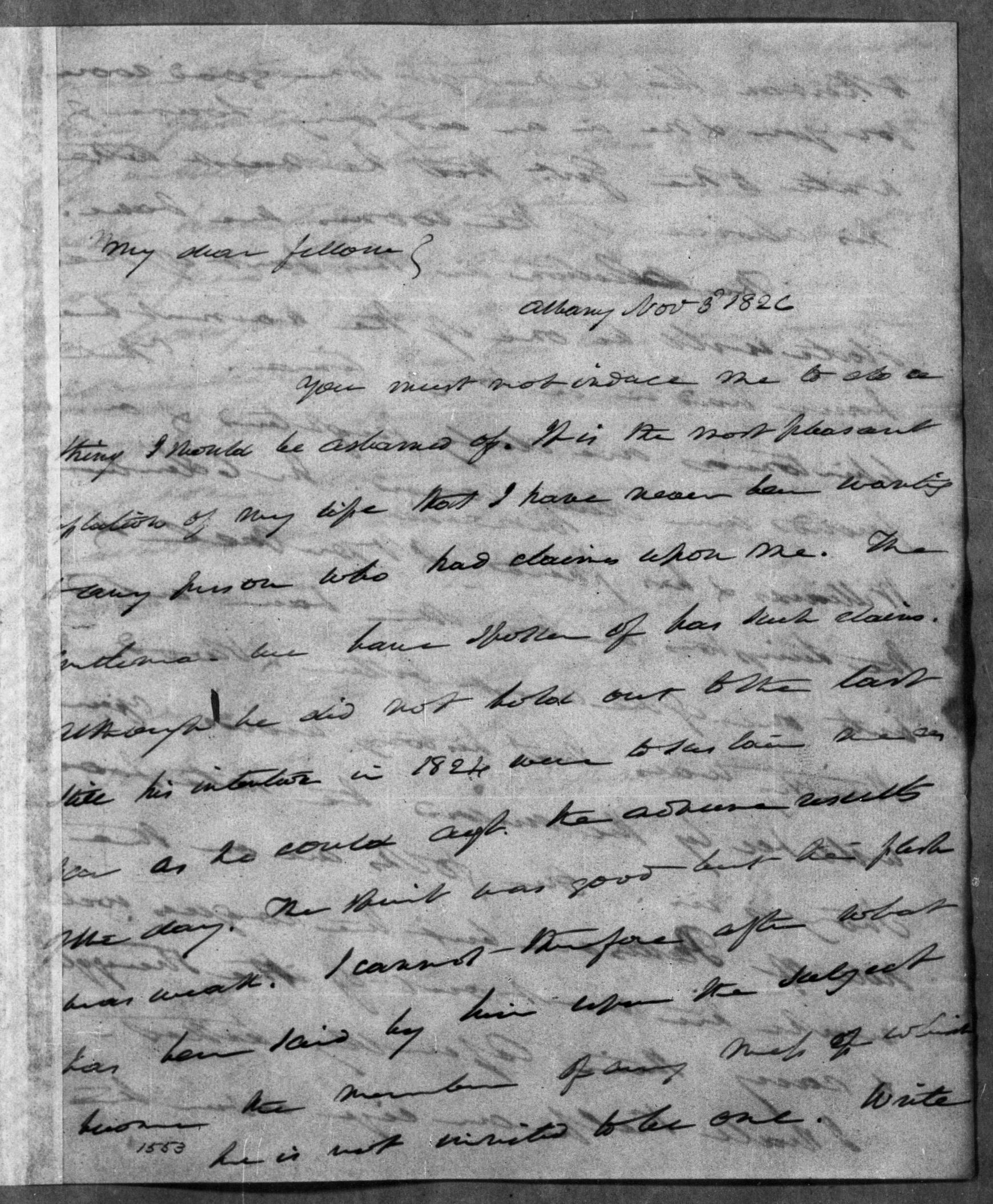 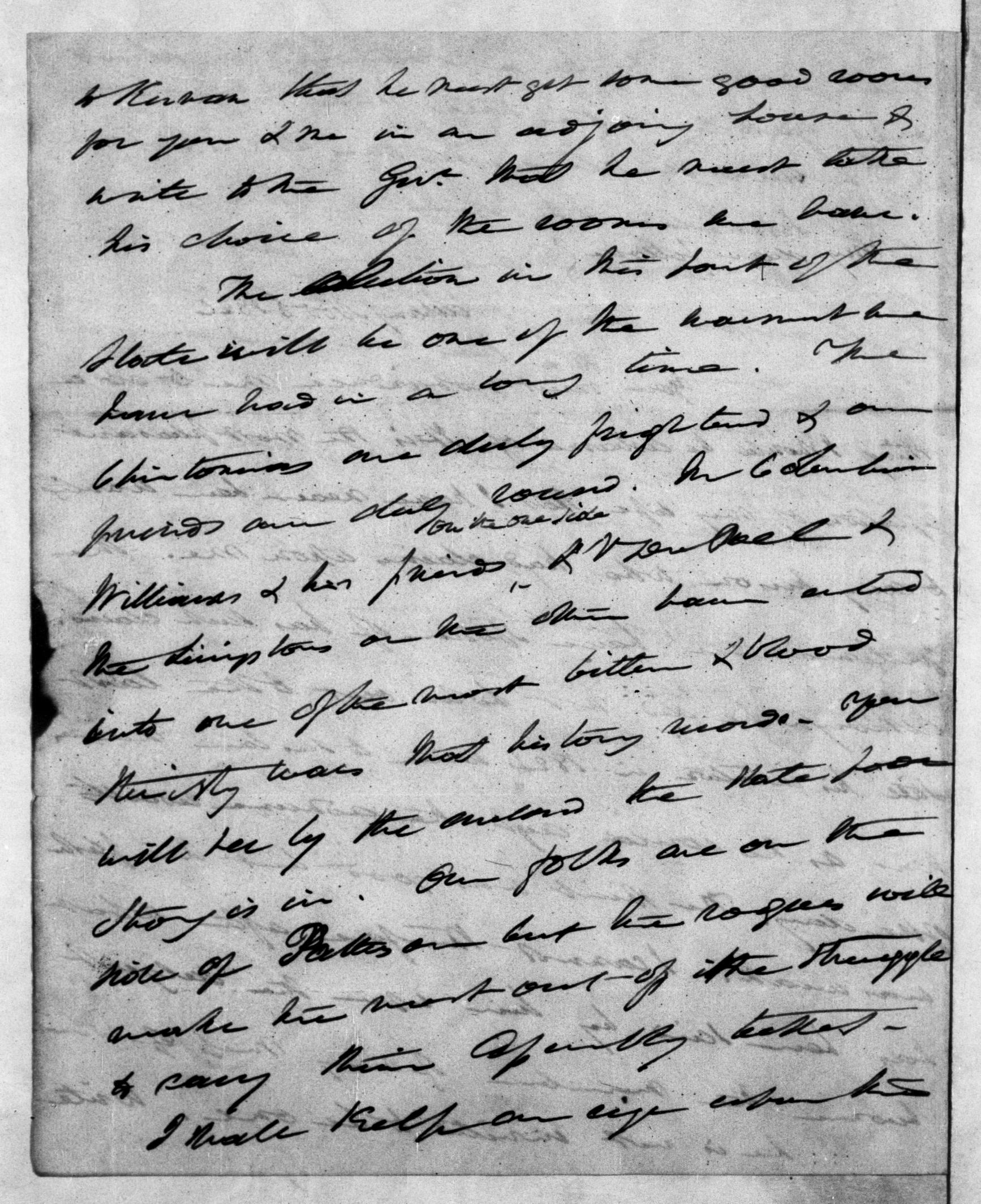 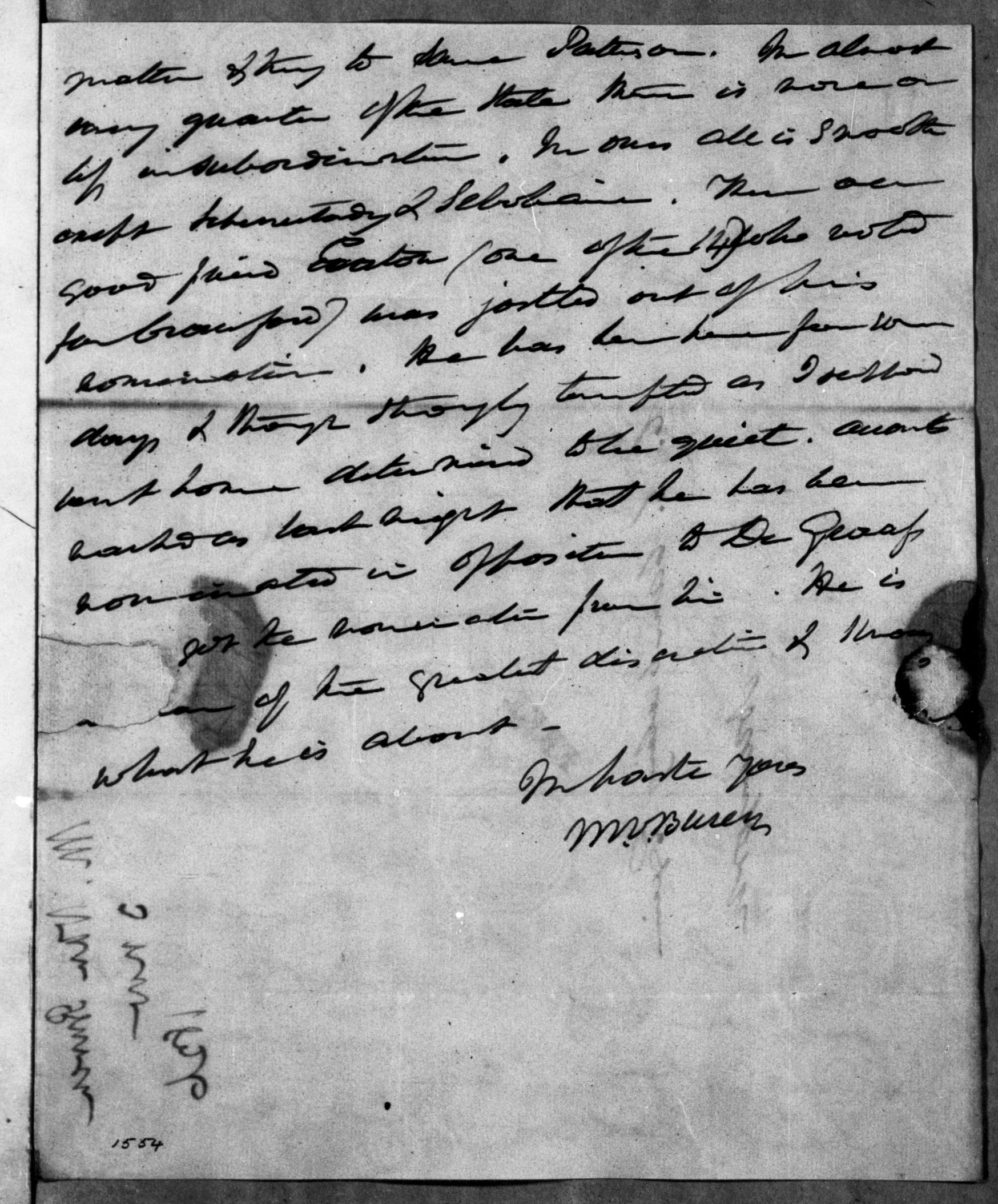 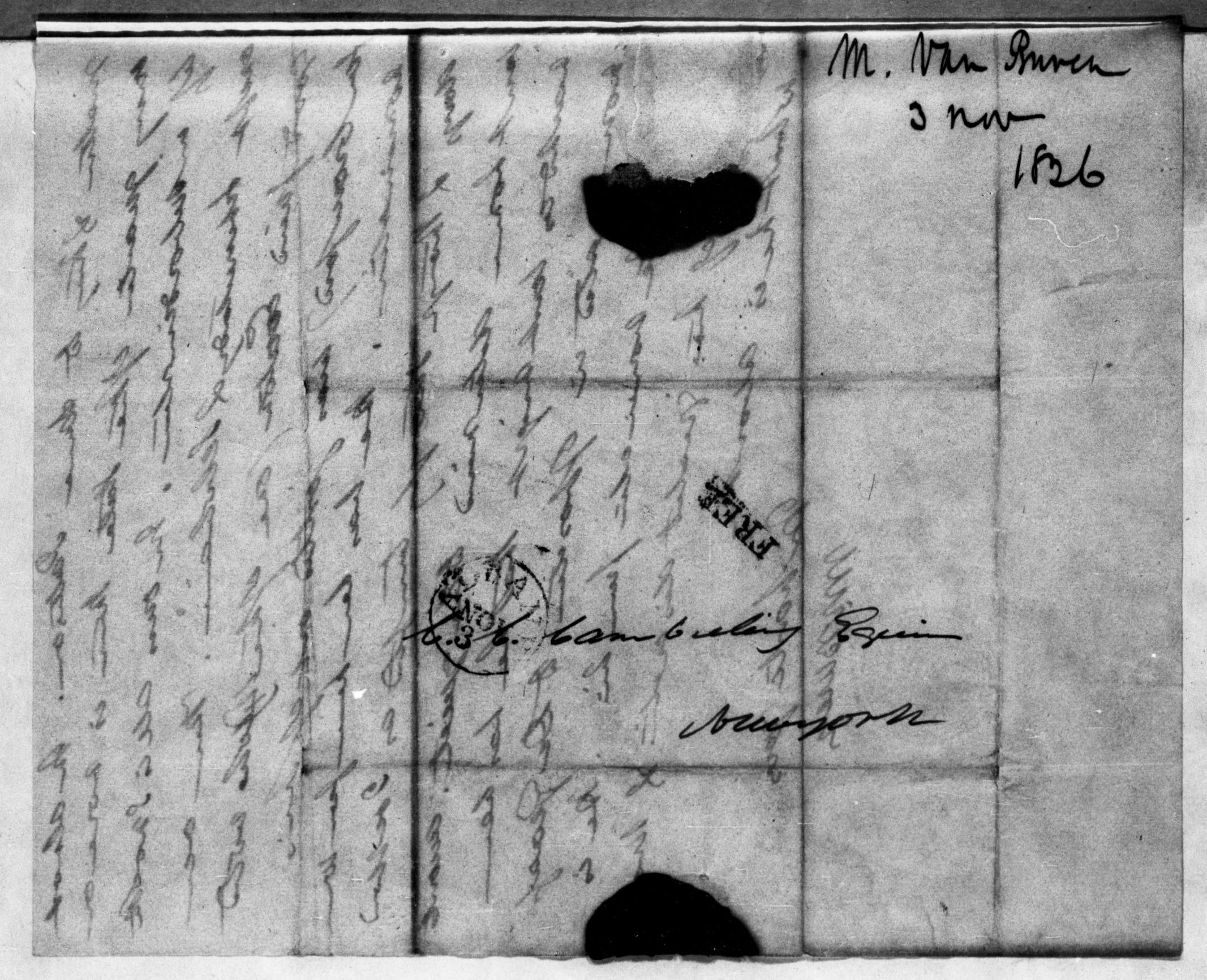 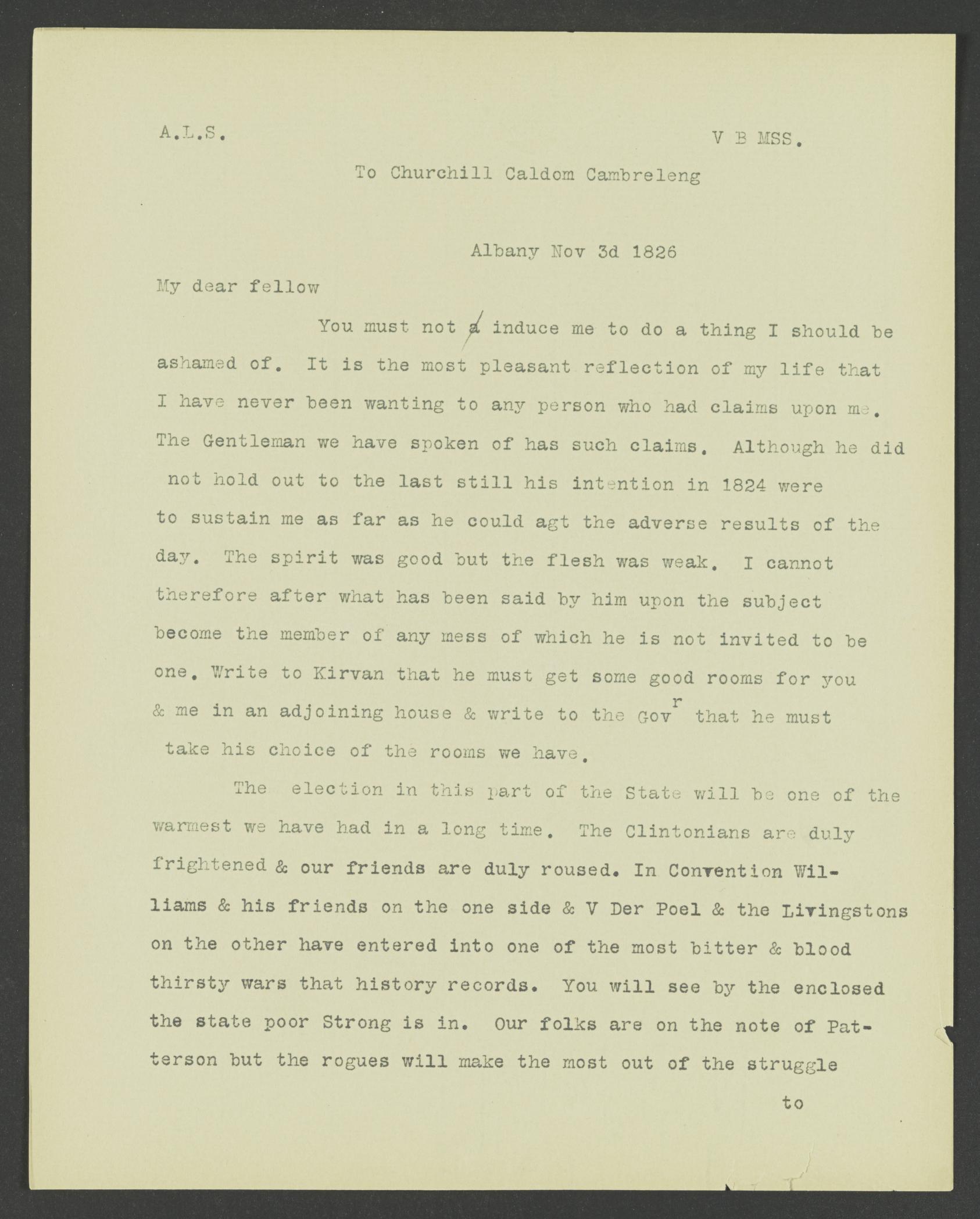 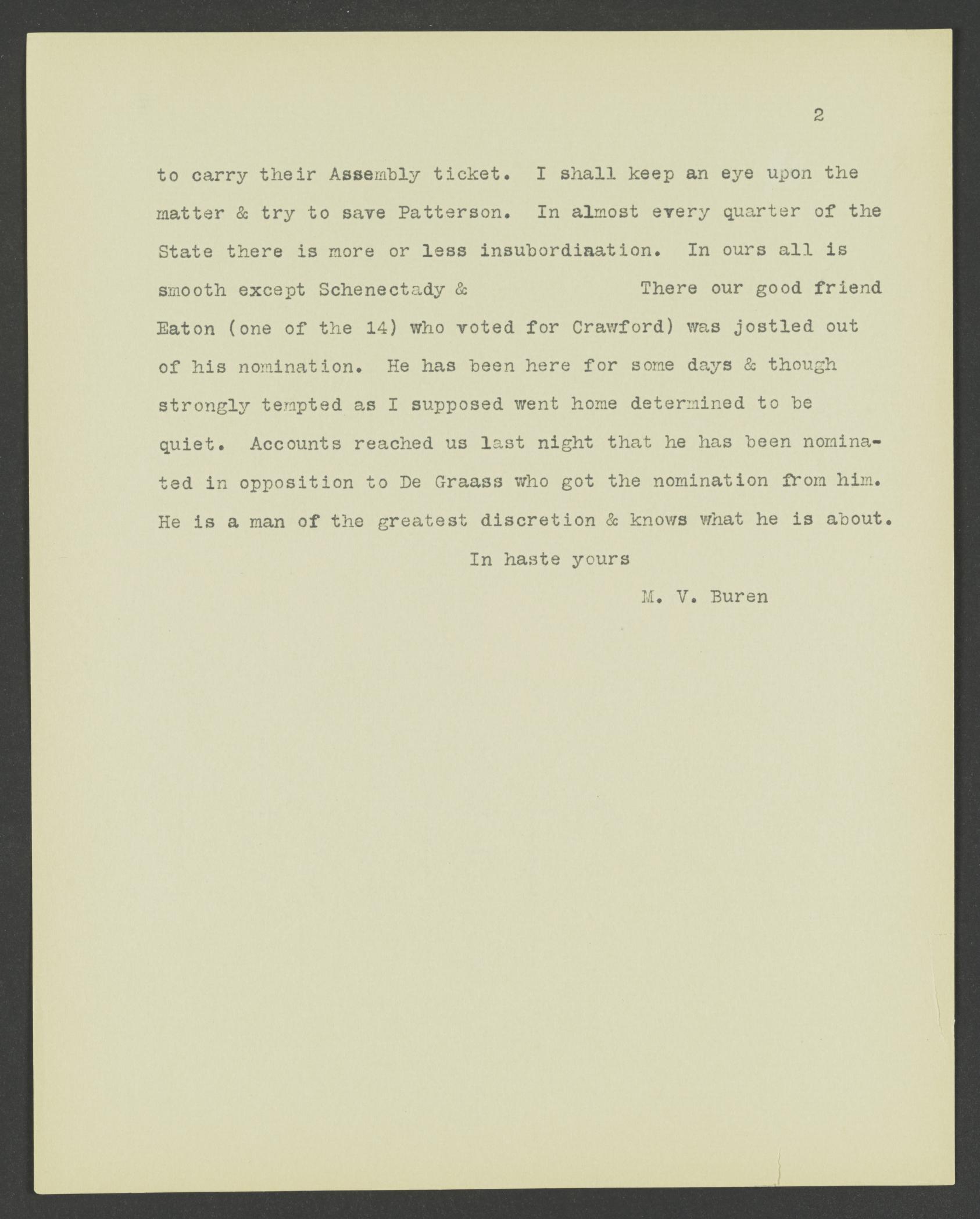