It is a great while since I have had the pleasure to hear from you. I have been confined at home almost all the summer and have had a sick family. We look with great interest to your state, but we do not understand the state of parties with you. At one time we see a Convention at Utica, which makes one selection for governor, and more recently at Herkemer a different one. To me I presume we can in some degree develope the character of these two bodies; but we at a distance are in the dark. I believe the friends of the administration count on Gov. Clinton as being on their side, but I see the american (Kings paper) is lauding Mr Rochester. Which is the real Simon Pure? In Virginia there is a divided opposition to the administration. The diffi[cu]lty is as to who is to be run a[gainst] Mr. Adams. We are too little informed of the views of those with whom we would cooperate in other states. This course of theirs is not judicious, there are surely some of us who are discreet enough to be confided in. Gen. Jackson as you know was not the favourite originally of Va & there are many with us who I think carry their hostility to him to quite an unreasonable length. But as we act on an opposition to the principles of Mr. Adams <yet> I do not think in any event he can properly get the vote of this state. A <illegible> very animated contest is going on in adjoining District for Congress between Giles & Archer. I regret to hear it is conducted with great personal ani[mos]ity. It is to be regretted <mutilated>. They are essentially of the same side, they are both gentleman for whom I have great respect & I regret both the existence & character of the contest.

It is said the administration are making great efforts to get Pennsylvania; and talk as if they were sanguine about it. What accounts have you of it, & Jersey. Expecting the pleasure to hear from you I am dear sir

Draft letter to him on the nomination 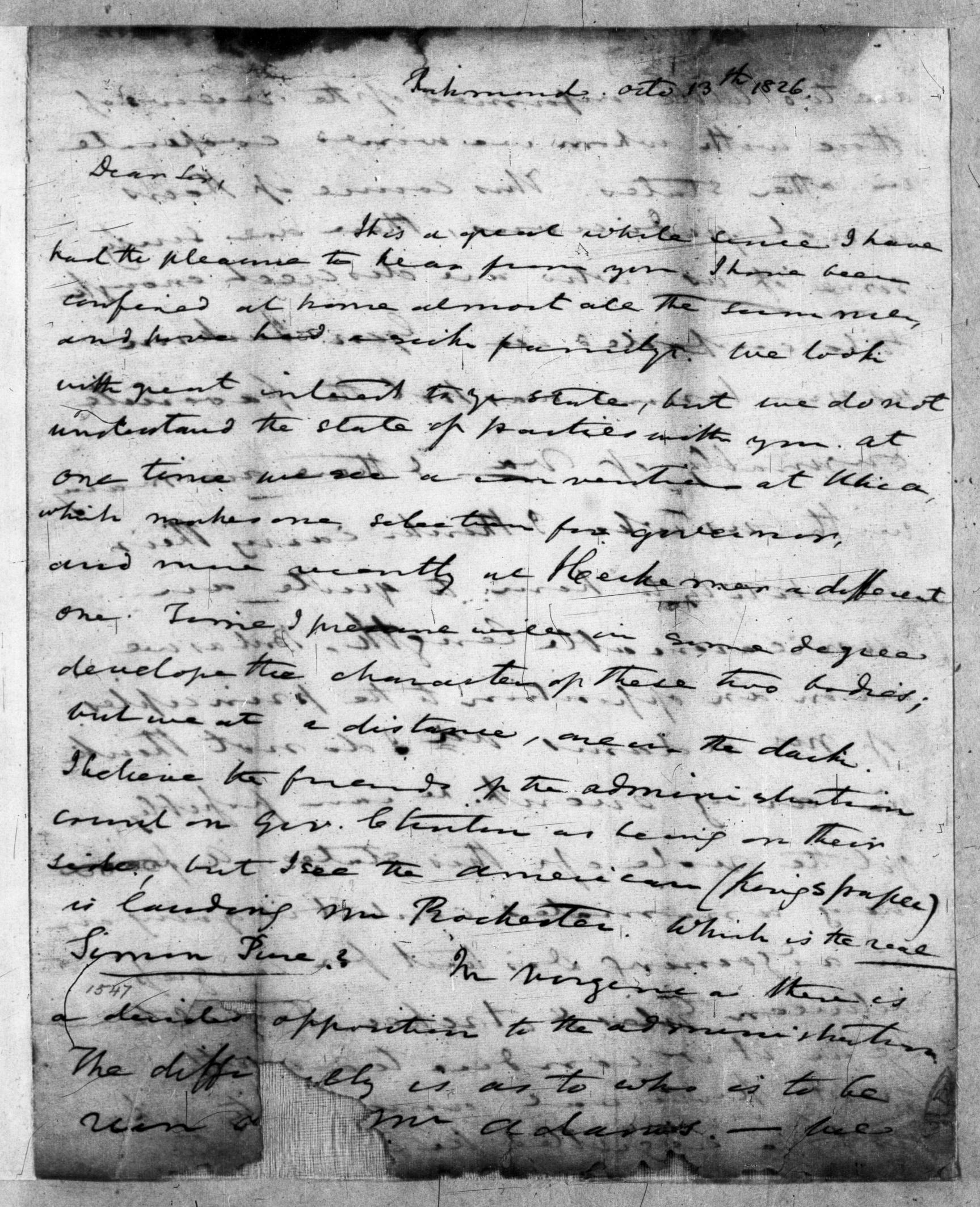 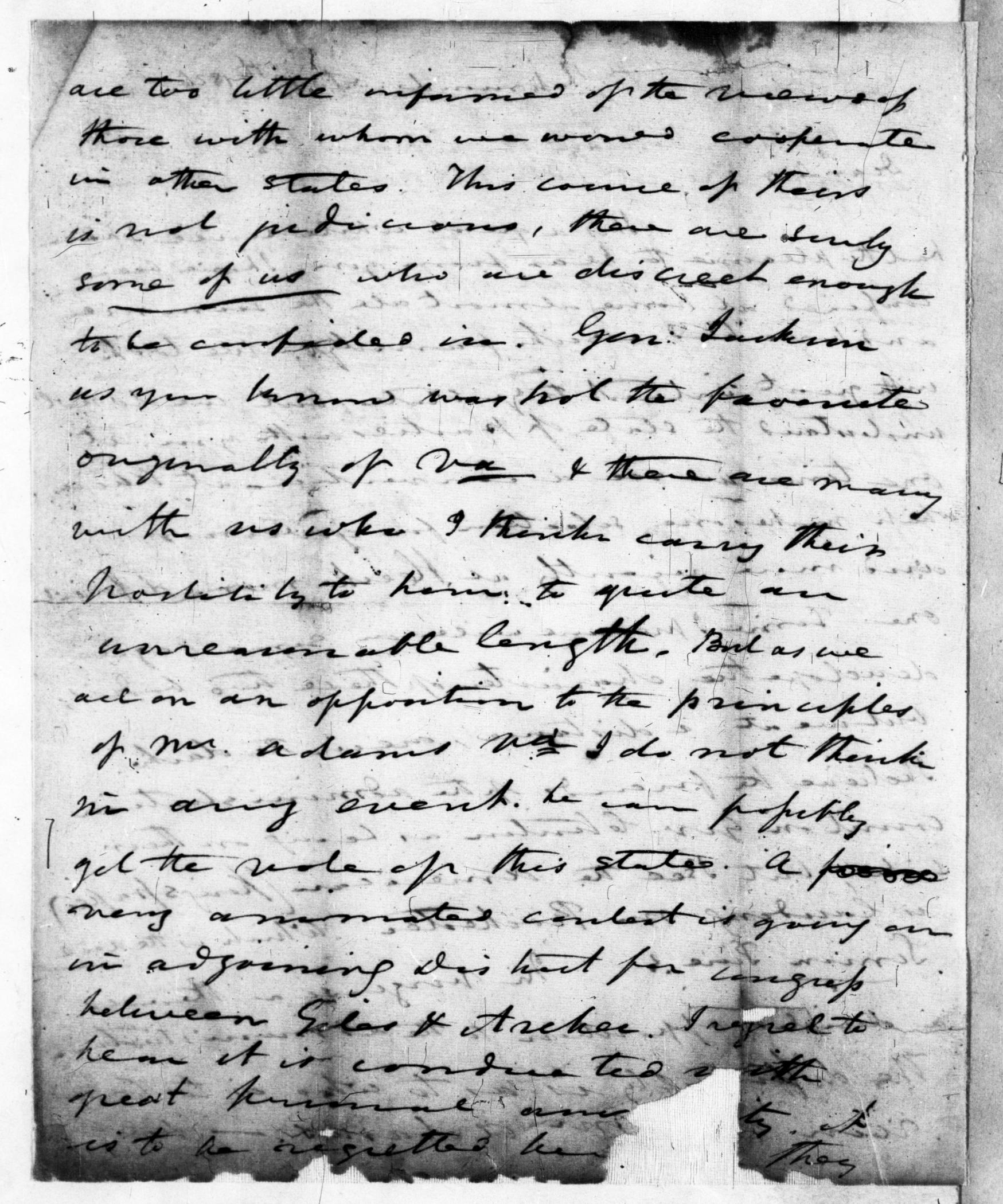 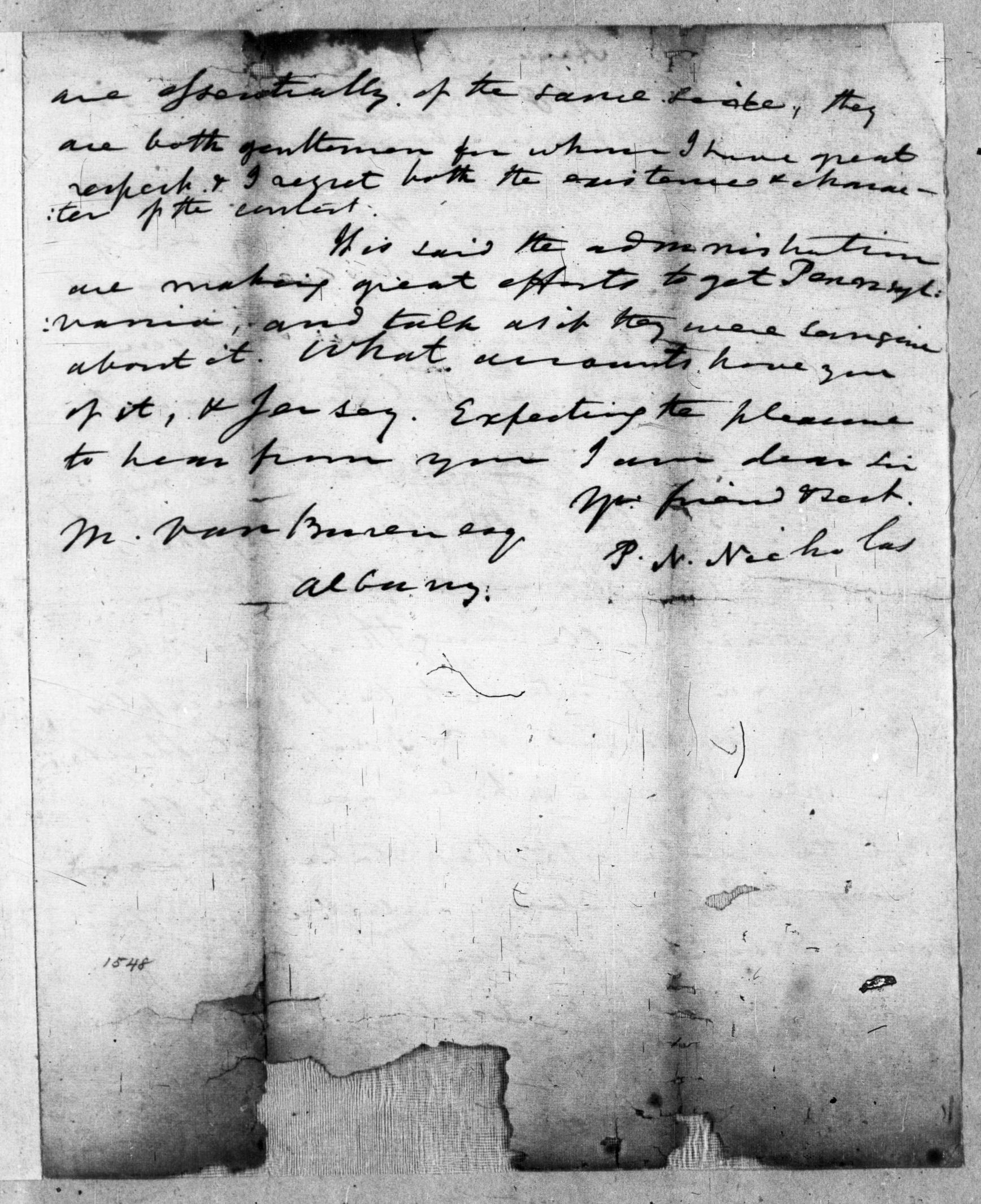 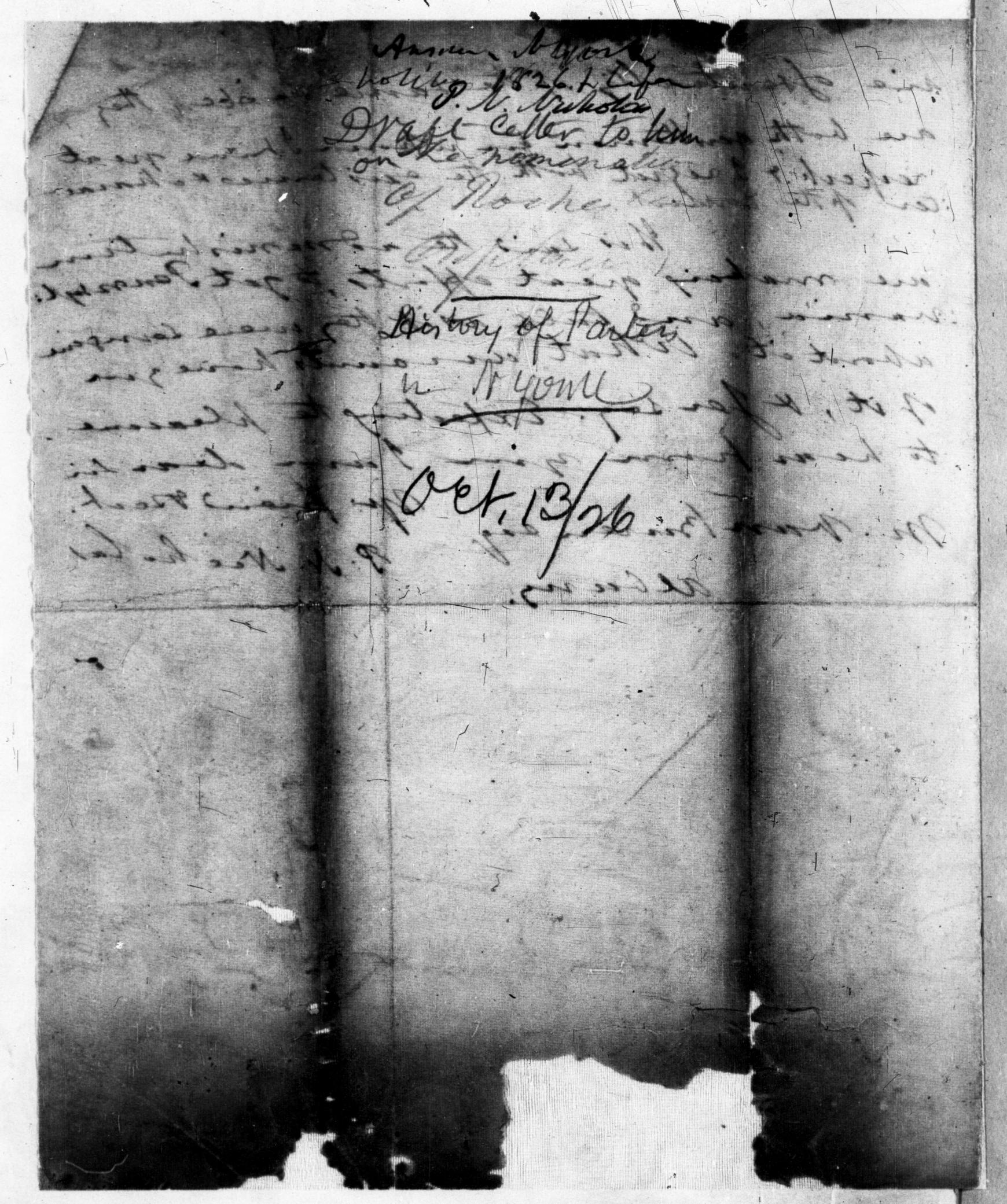 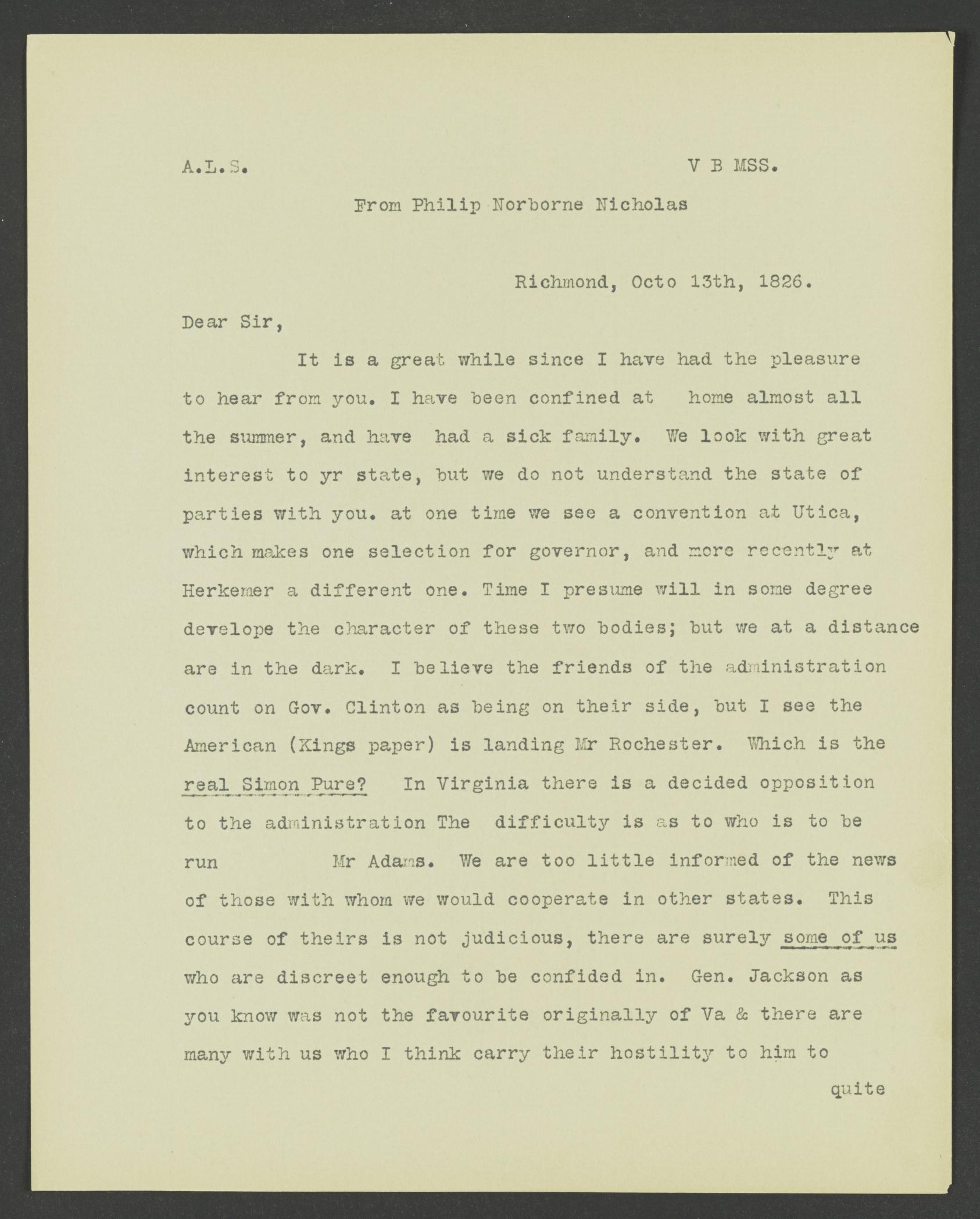 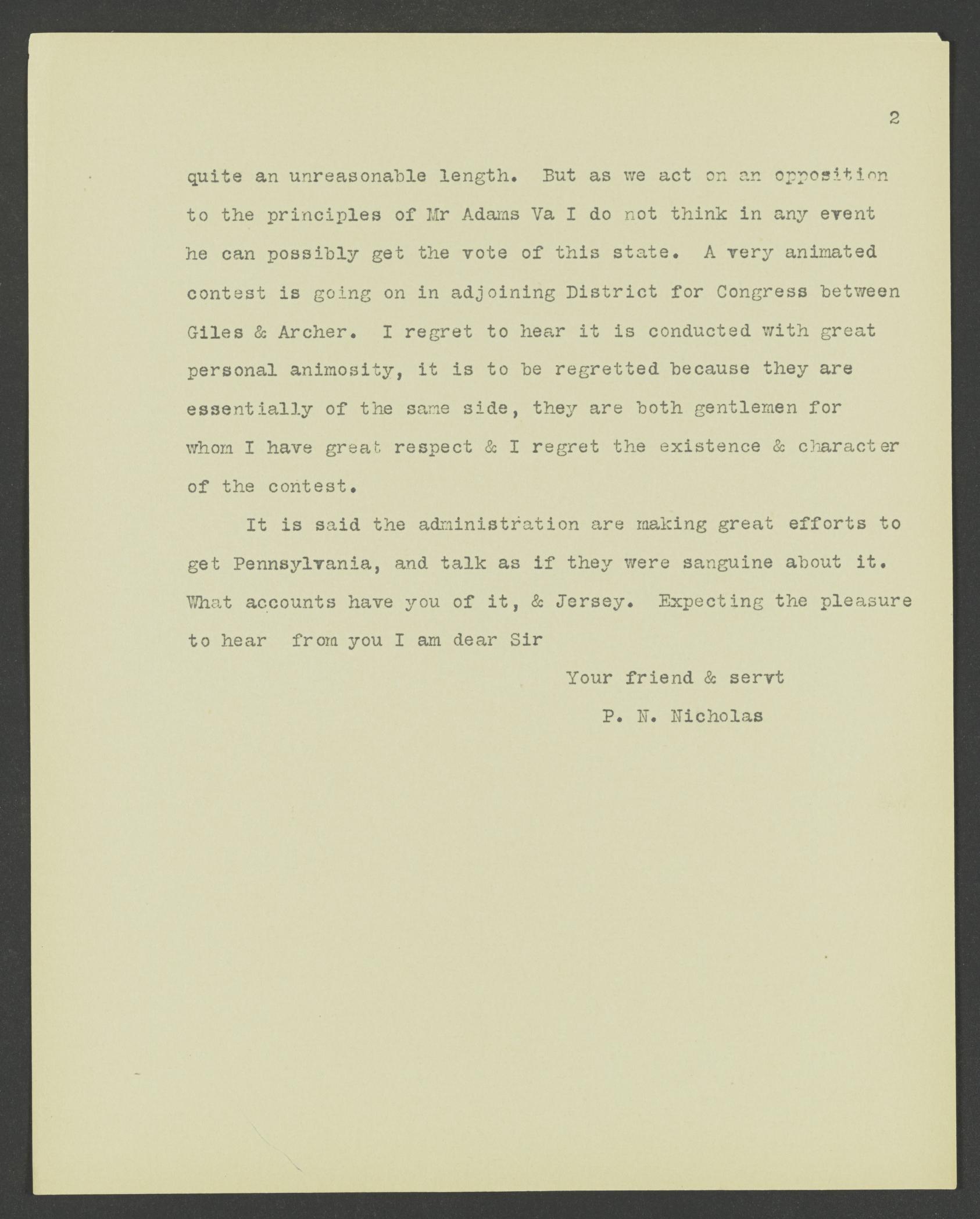