Agreeable to your request I enclose a copy of Mr Jeffersons letter. You will see ^perceive^ in repelling imputation of a peculiarly offensive character, he indulges in some personal & party animadversions ^of considerable <illegible>^.  Of the individuals thus spoken of, some are yet alive, & although the letter itself looks to a future publication of its content it seems to contemplate such a step, only, after those whom it might offend are no more. As well on that account ^As well to avoid such a result^, as because the publication ^at this particular time^ of the party reflections it contains upon the heels of two occasions on which, in respect to him & to his memory, old prejudices have to so great an extent been kept down might wound feelings entitled to respect, I have resisted several opportunities to give publicity to the letter at this time. ^suggestions which have been made to me in favour of its present publication^. My opinion in this respect is unchanged, but hoping that you will concur in it, & knowing that ^at^ all events you will respect it, I cheerfully commit the letter to your discretion. If (consistent with the views have expressed) you can make it useful in your discourse you have my permission to do so. It The copy I will thank you to return ^send^ to me at Washington in the course of the session. My disappointment in not seeing you at Albany caused me great regret. Hoping to have the pleasure of doing so ^meeting you^ here I remain <dr Sir> 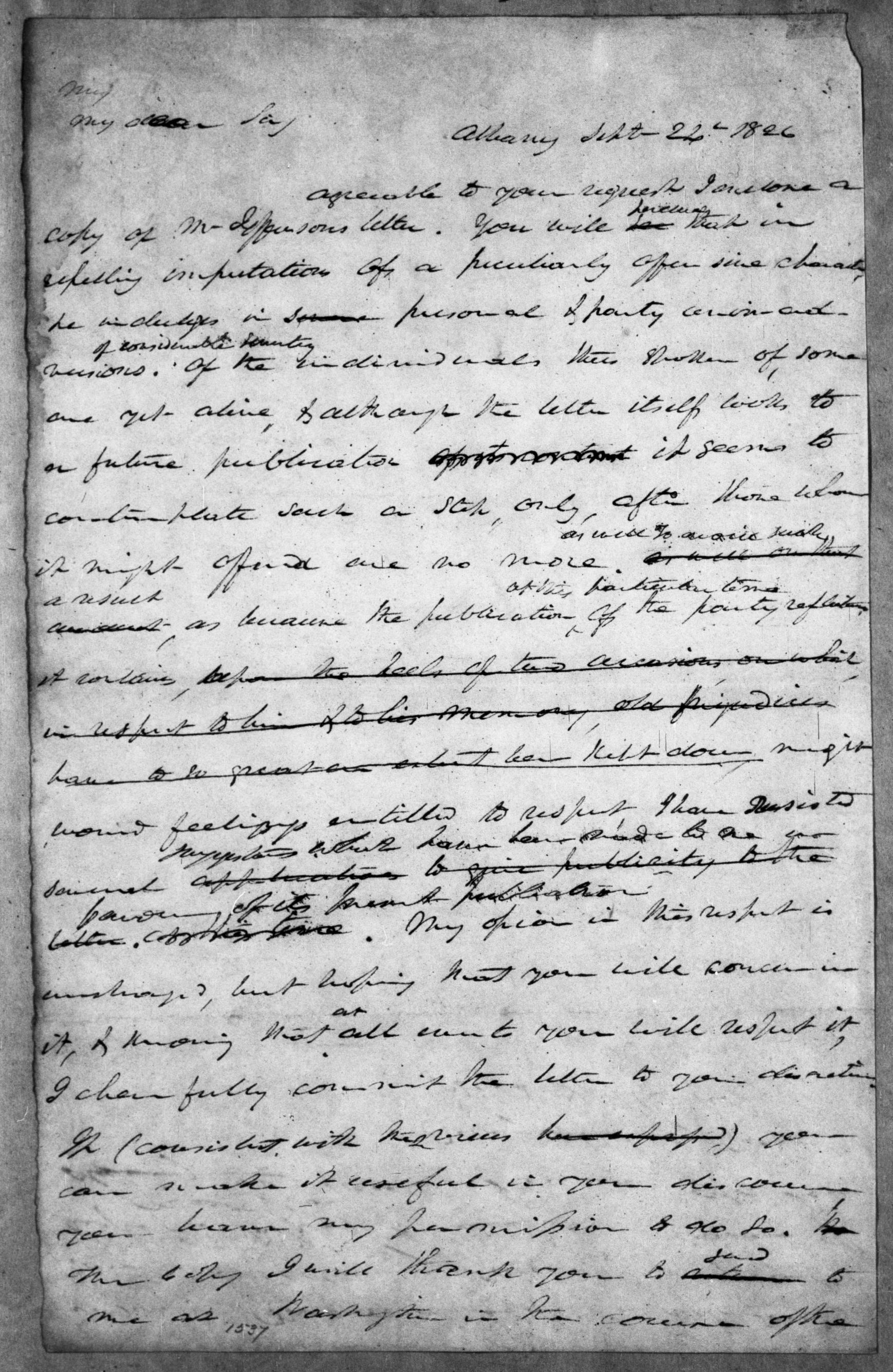 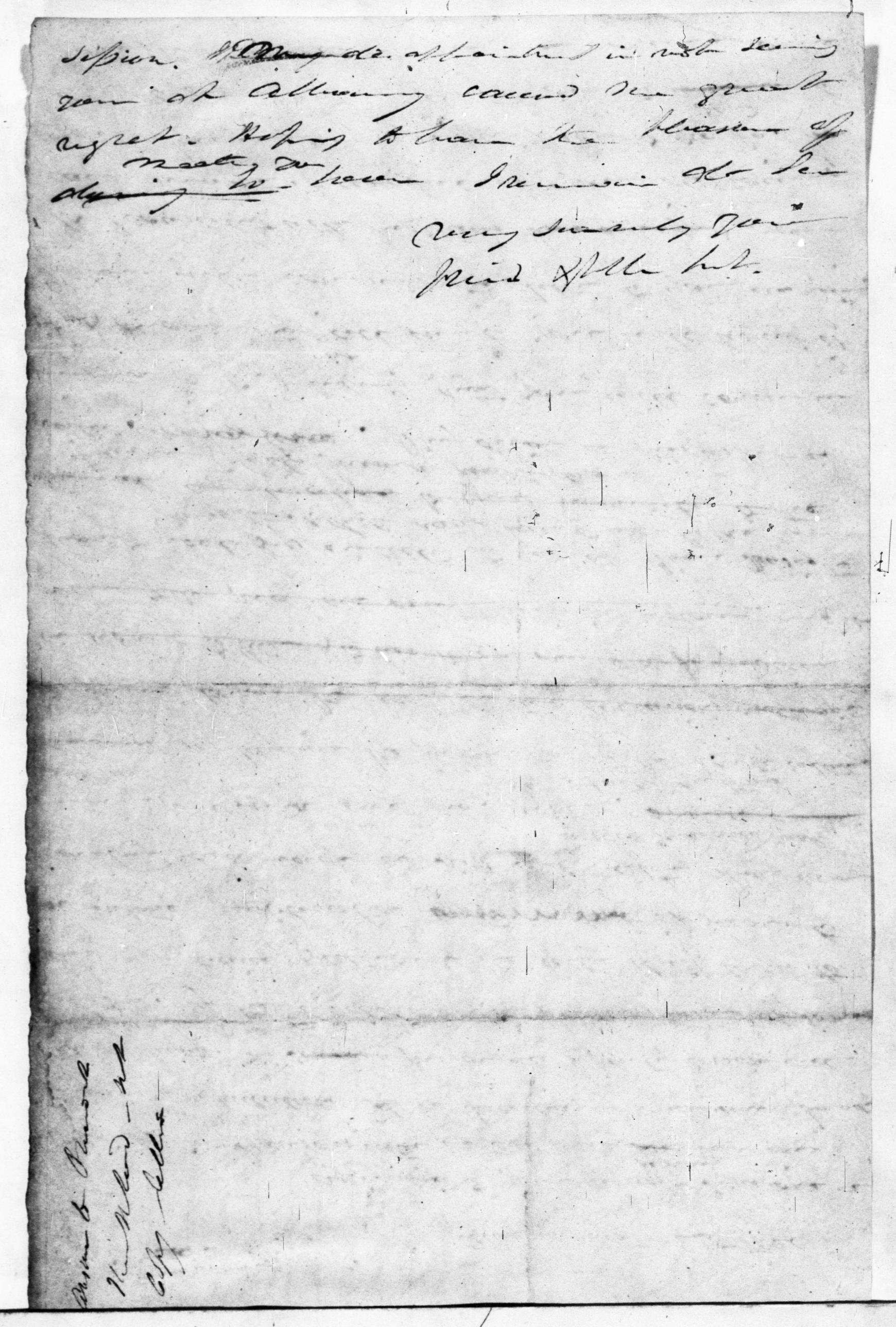