I owe you an apology for neglecting so long to acknowledge my obligations for the kind manner in which you have shown your recollection of me by sending me several copies of documents & your speeches on the Panama mission & the judiciary bill.

I had believed that the minority in the senate upon the Panama question, were completely put in the wrong by the Presidents message to the house of representatives. Having seen the documents, Col. Haynes & your speech, I must admit that my first impressions are weakened, & that upon the whole you have made a very plausible if not full case against the mission.

It seems to me that our government have been invited for certain objects, & have accepted the invitation with very different objects, & the sequel will show, how our <Ministers> will be received.

We entirely live in very eventful & revolutionary times, as regards governments as well as administrations. What two or three years will bring forth, I defy any man to predict.

We seem to be somewhat more tranquil within our state than usual, altho’ I apprehend the elements are at work, & it is not improbable that old associations will be dissolved & new ones take place.

I beg you to present my best to Mr. Haynes & thank him for me for his excellent speech on the Panama mission. 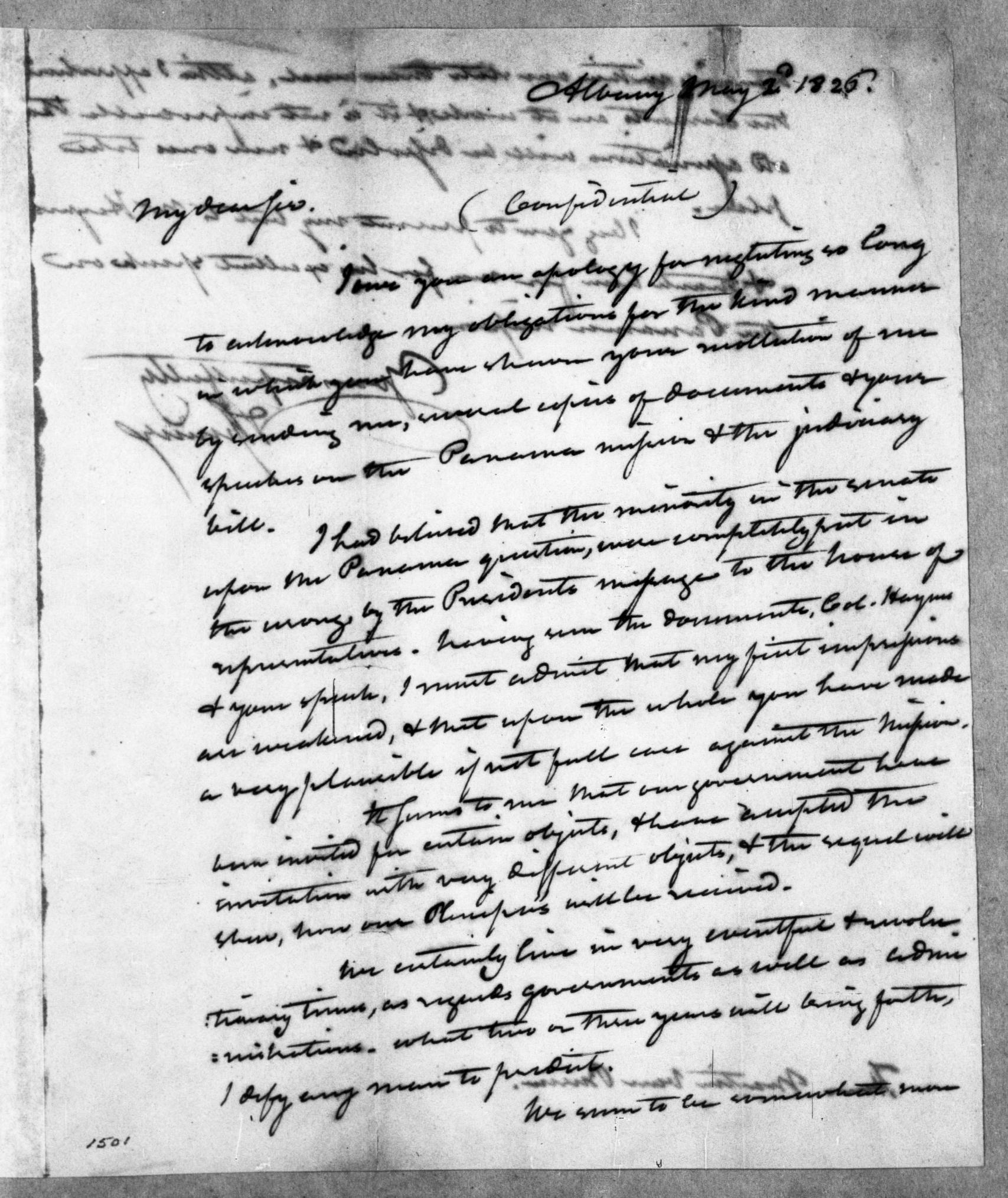 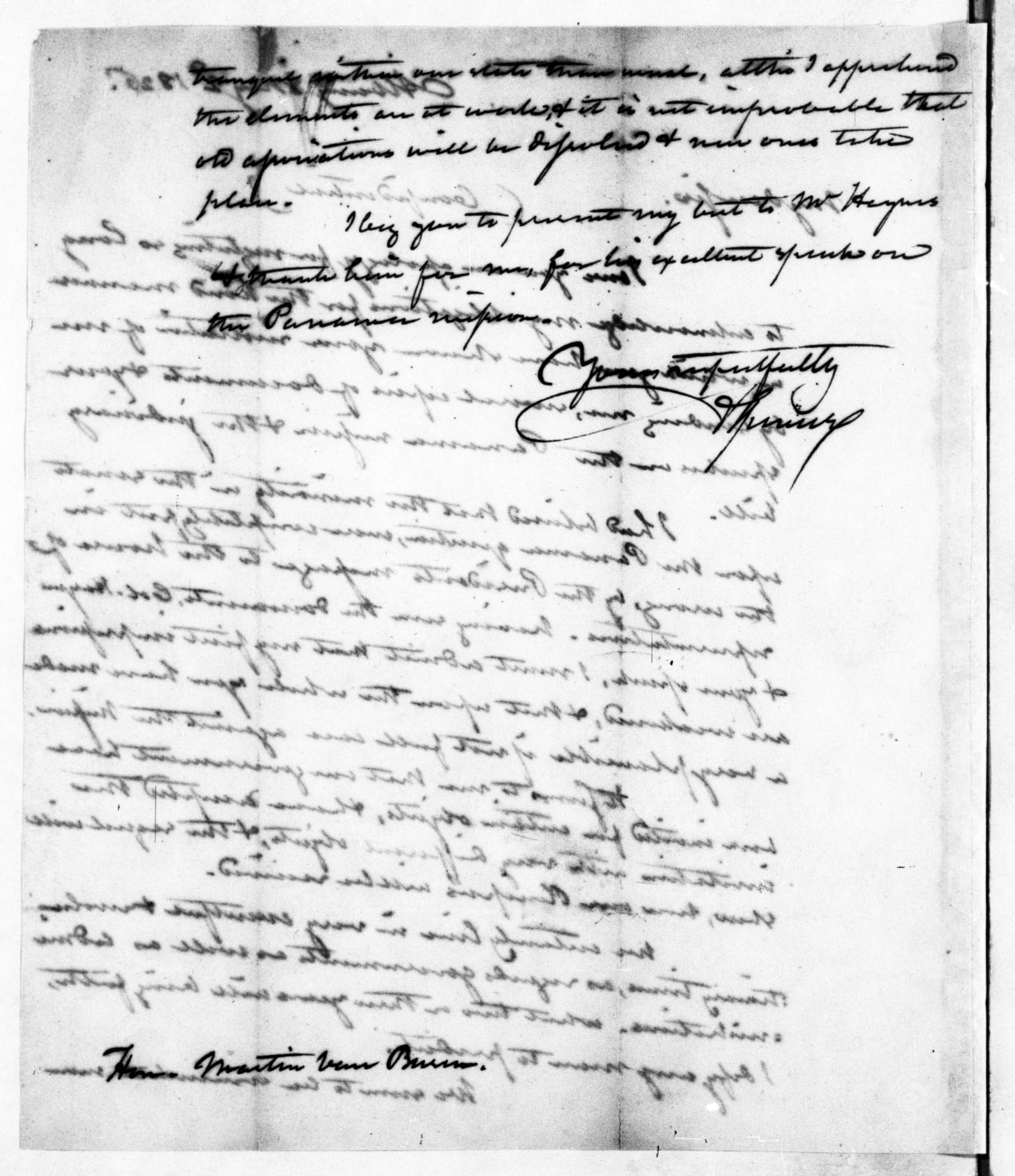 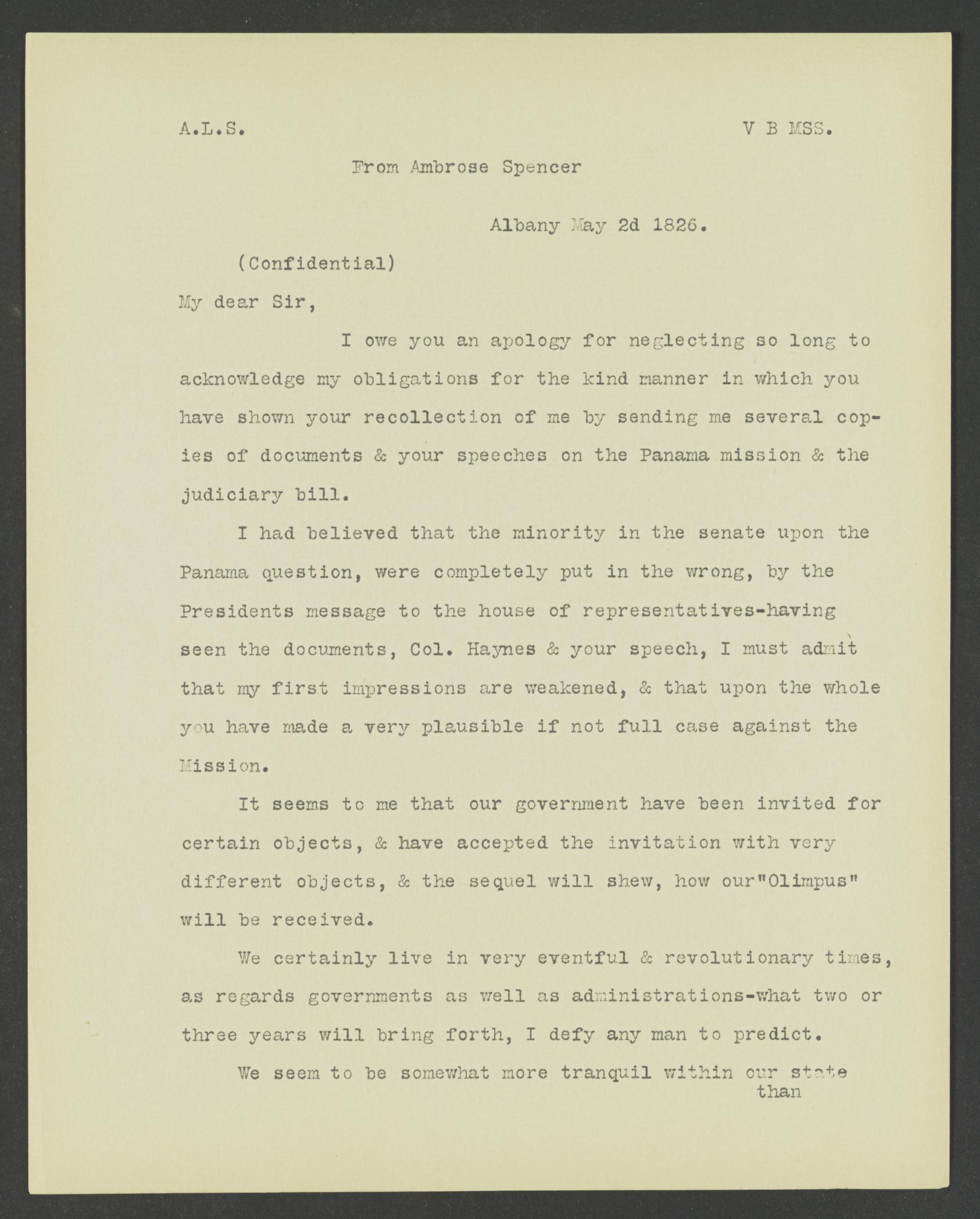 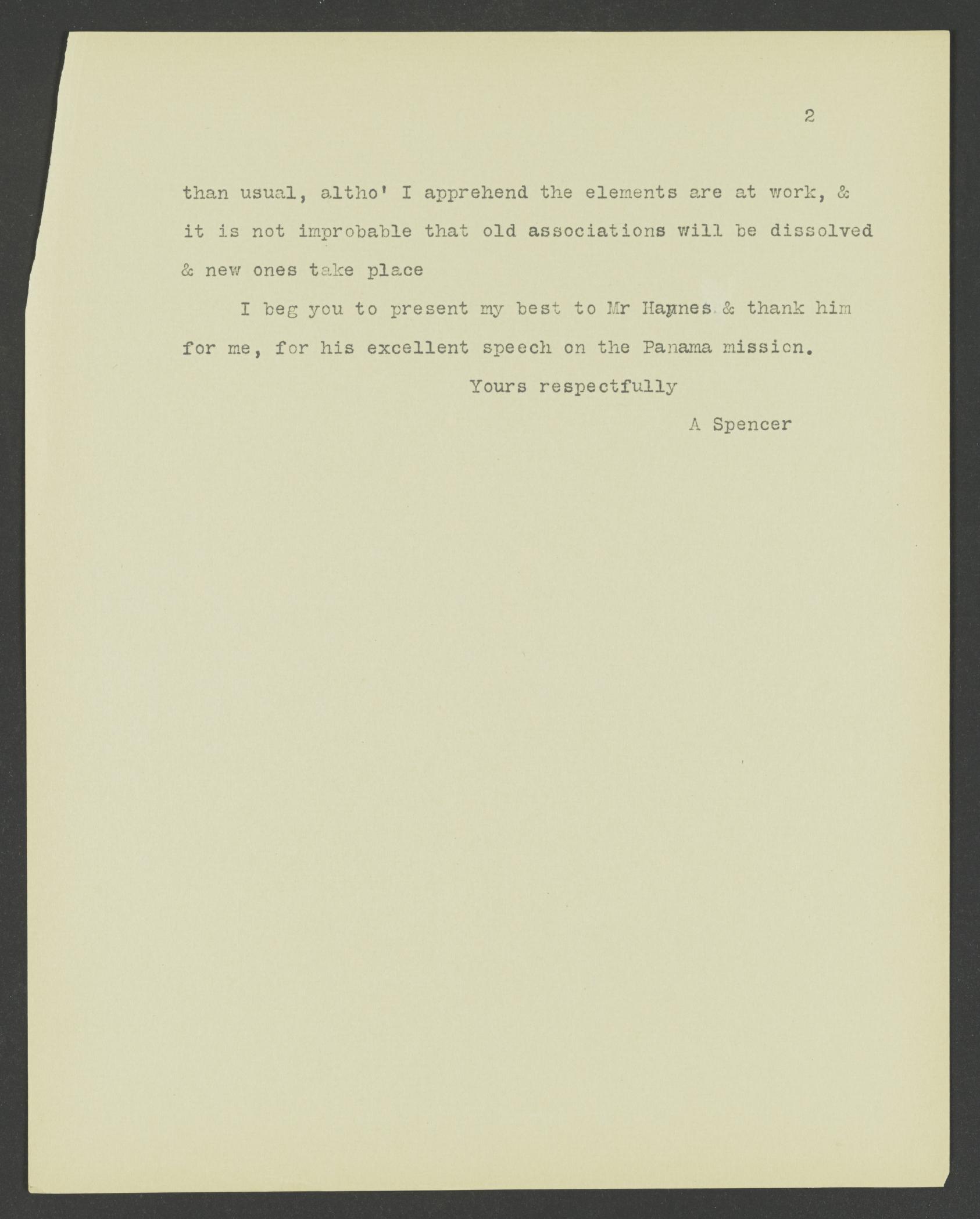