The object of this letter is chiefly to request you to sign the enclosed, & to transmit it to Mr. Olcott or me, by return mail. Our note will be due the 2/3d May, and will require one more renewal before the business can be done. There will be no dividend this time, & I will therefore pay the discount.

Your speech has given great satisfaction to your friends, and great annoyance to those who think "the king’s name a tower of strength." Need I add that it has conferred new honors on yourself? Much as I had heard, & much as I expected, I confess I was not prepared to expect so triumphant an exposition of the grounds of opposition. You will see that we have given it a handsome publication in an extra Argus.

After my return from Hudson I would have written you about Taylor’s case, but I found that the papers were full of it, & that Vanderpoel had written you. I was also the next day taken sick, and am not yet entirely well.

One word as to your Kane cause — to how it was reached. G.W. Jones said he could not hear it, he being a nominal party as one of the assignors of the Bowen mortgage to D. Kane. He subsequently got rid of this difficulty, by striking out his name, (which was never necessary) but there was after that no chance to bring on the cause the last 6 days being devoted to motions. There is to be a special term here in July, when we shall be able to dispose of it.

I ought to say that John appeared exceedingly well in the trial of Taylors case. He & young Gleeson were the only boys ^in either side^ who were not thrown into confusion by the cross ex. 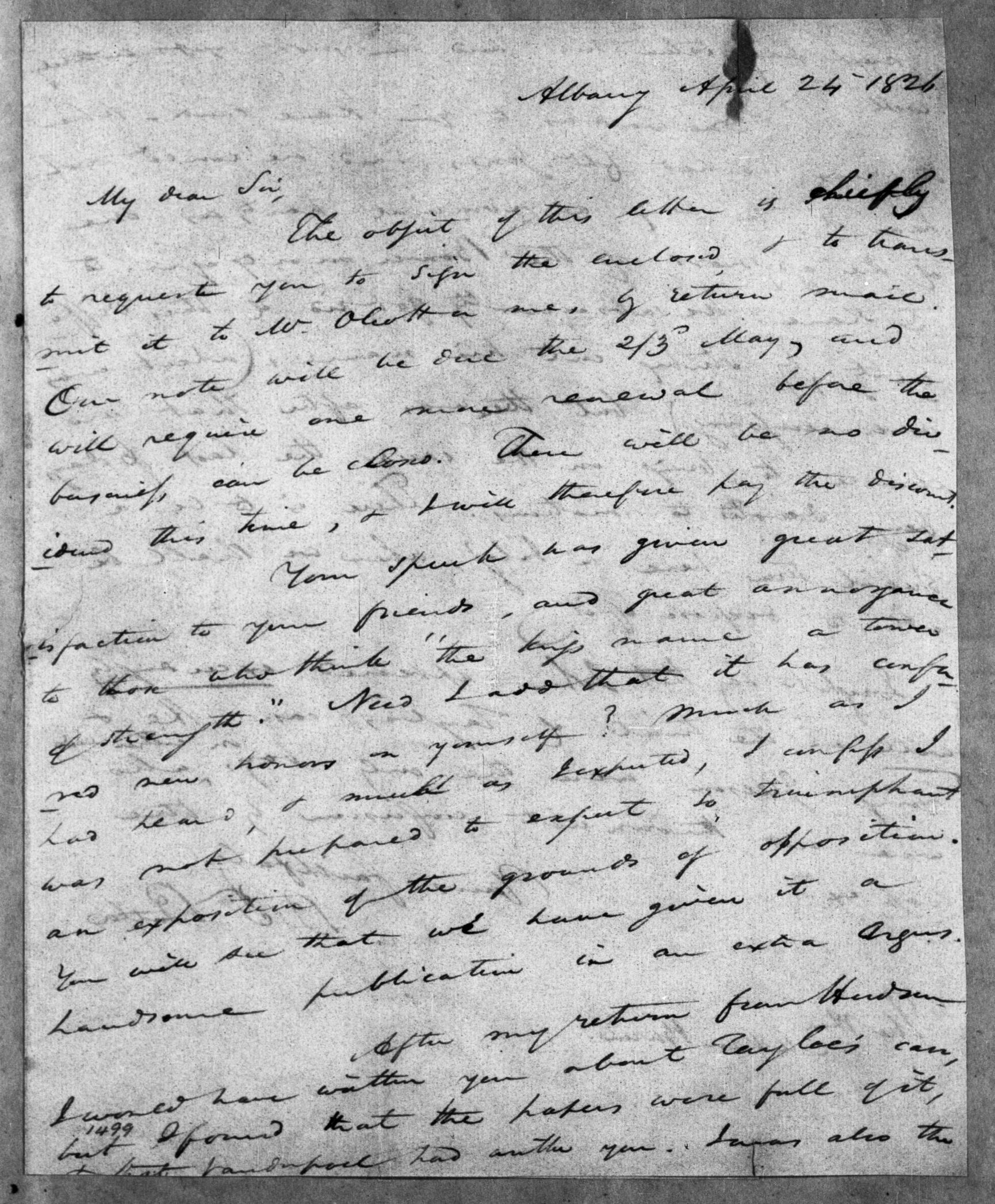 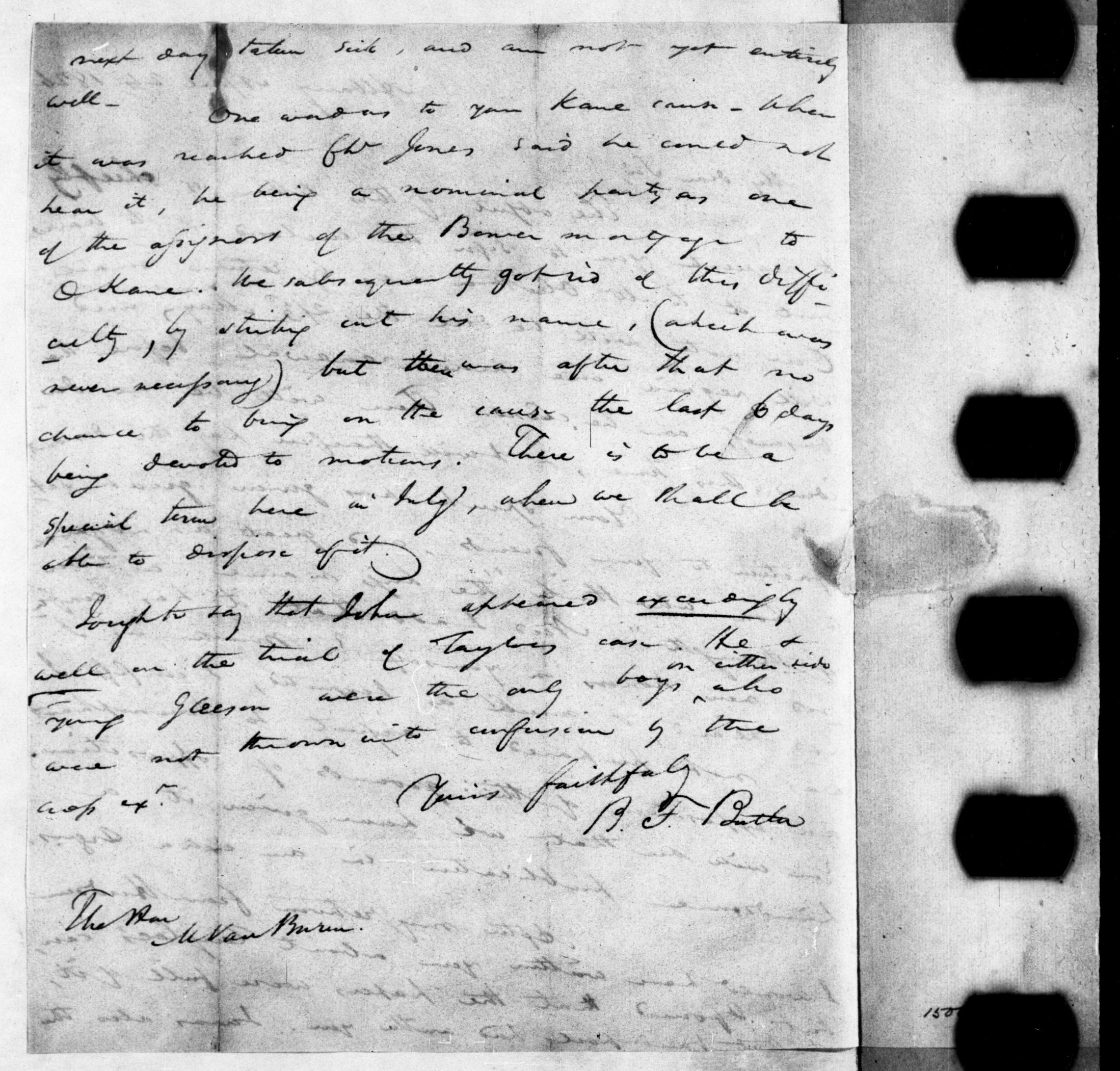 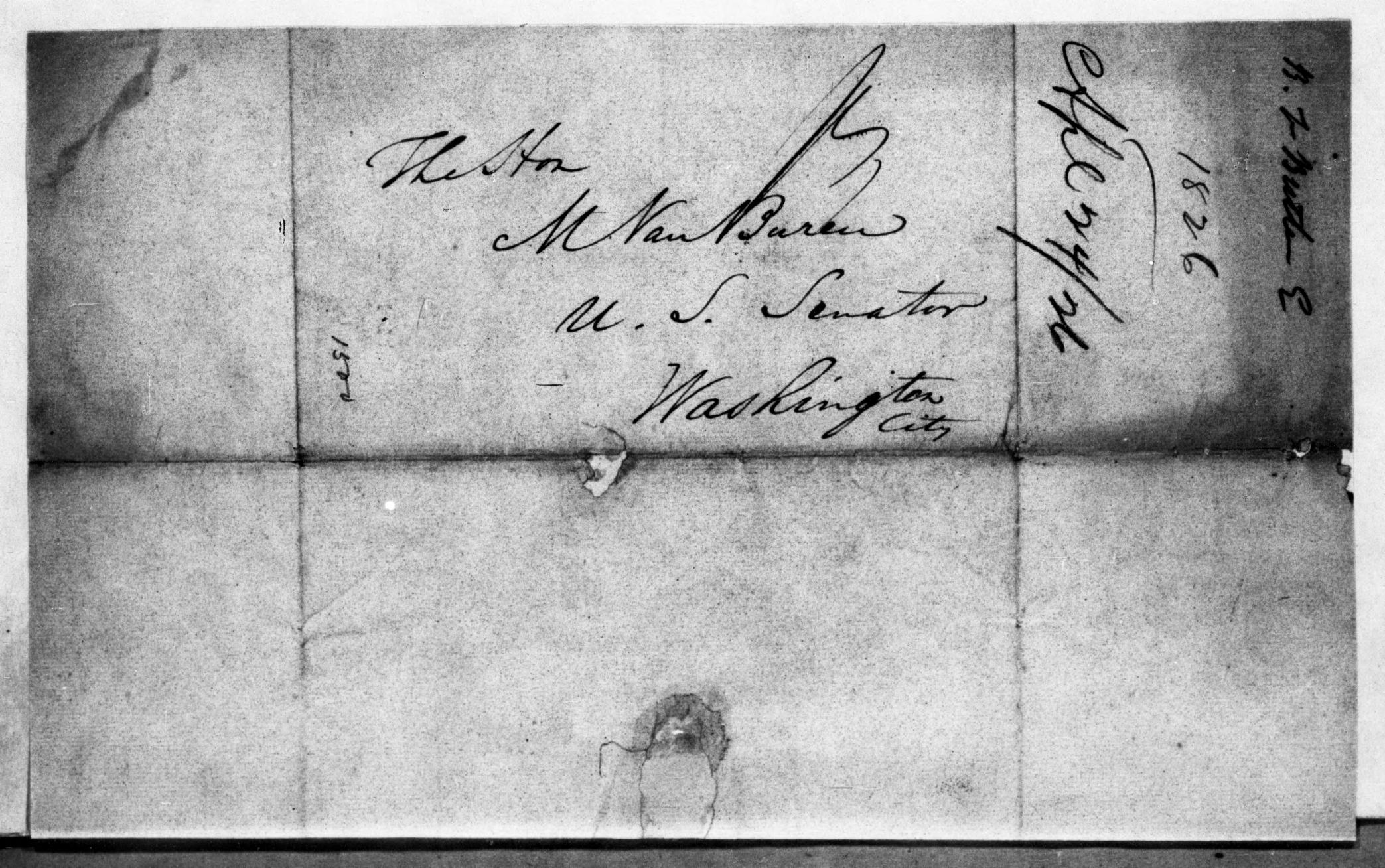 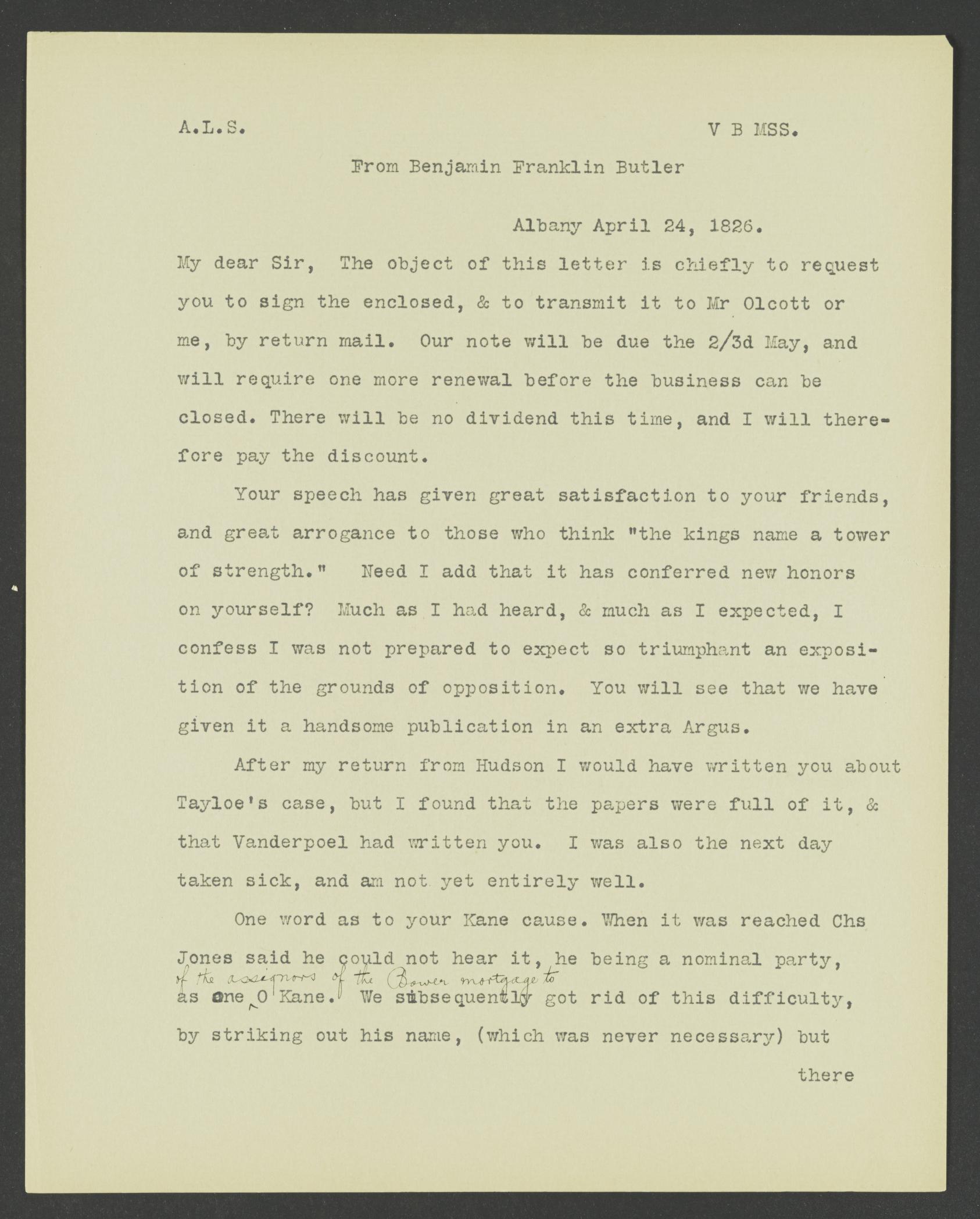 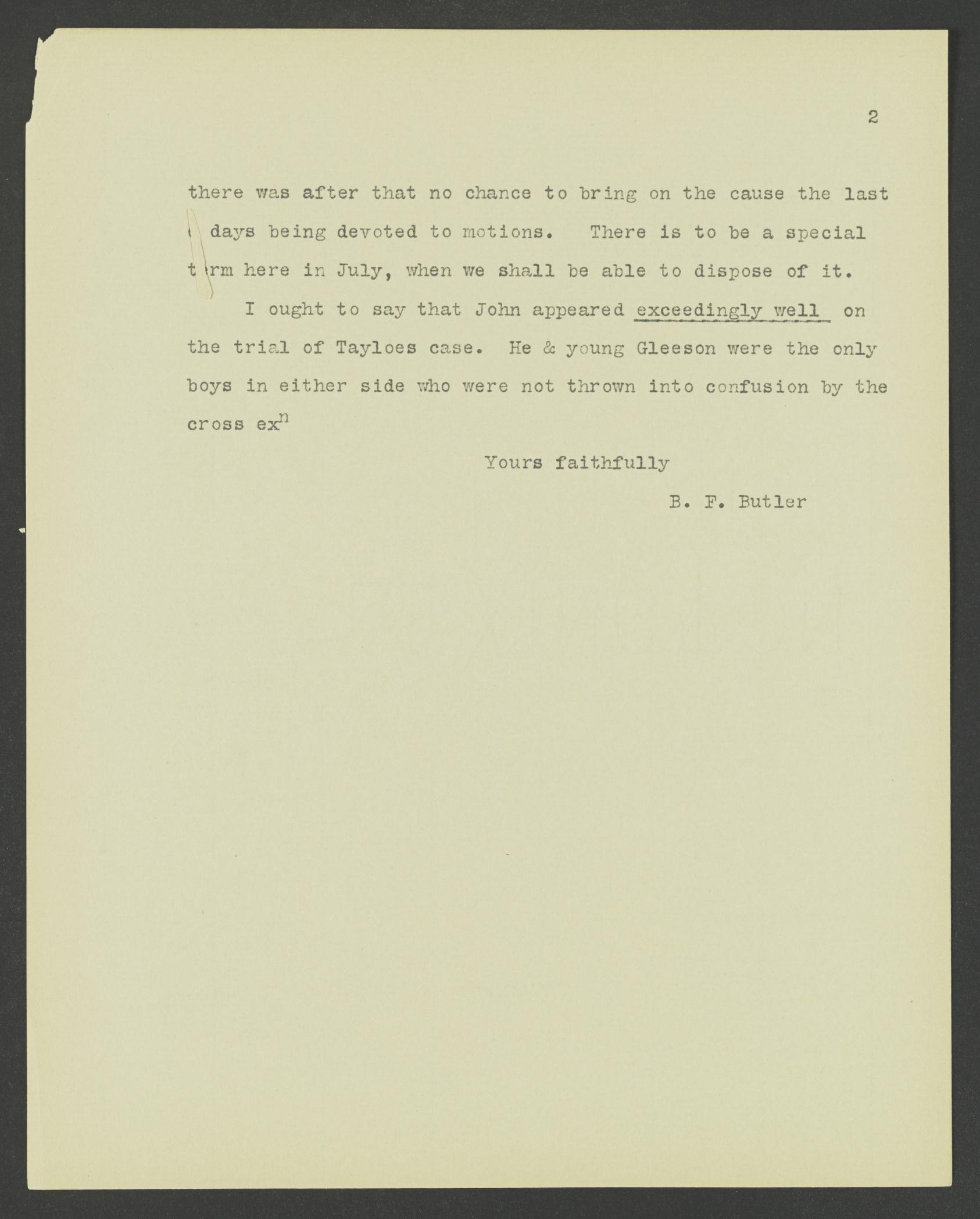