I appreciate most highly the favourable opinion you have been pleased to express of my remarks on the Panama Mission. A great change in public opinion has taken place and is still progressing on that subject. The discussions in the Senate were commenced under a general belief that the measure was a popular one. That belief was founded on the knowledge of the favourable reception by the people of the sentiments touching S. American affairs contand in Mr Monroes message of 1823. It was to that circumstance alone that the nomination passed the Senate; the positive influence of the administration could not alone have ef[fe]cted their confirmation. The change in the public mind has wrought a correspondent one here. The committee on foreign relations of the house of Rep. made an elaborate report on the subject concluding with a simple resolution in favour of the expediency of the measure. The passage of this <report> ^resolution^ by a large majority was promised & expected with great confidence. An amendment was offered by Mr McLane (the character of which you will see by the enclosed) which was resisted with great earnestness & zeal in a debate of several weeks. The amendment however passed by a vote of 99 to 94 & the friends of the administration then turned round and voted agt. the resolution. Thus moving their opposition to any mission which would not leave <the> President at liberty to enter into <illegible> stipulations on the subject of European interference & Colonization – justifying the grounds taken by us as to the view of the Executive & withal abandoning the hope of any other expression of the approbation of the house than that wh[ich] may be inferred from the passage of the appropriation Bill. We yesterday ratified the new Creek Treaty by which Georgia gets all she is entitled to. Grateful for your kindness & desiring to be cordially remembered to Mrs Madison

I am Dr Sir yours 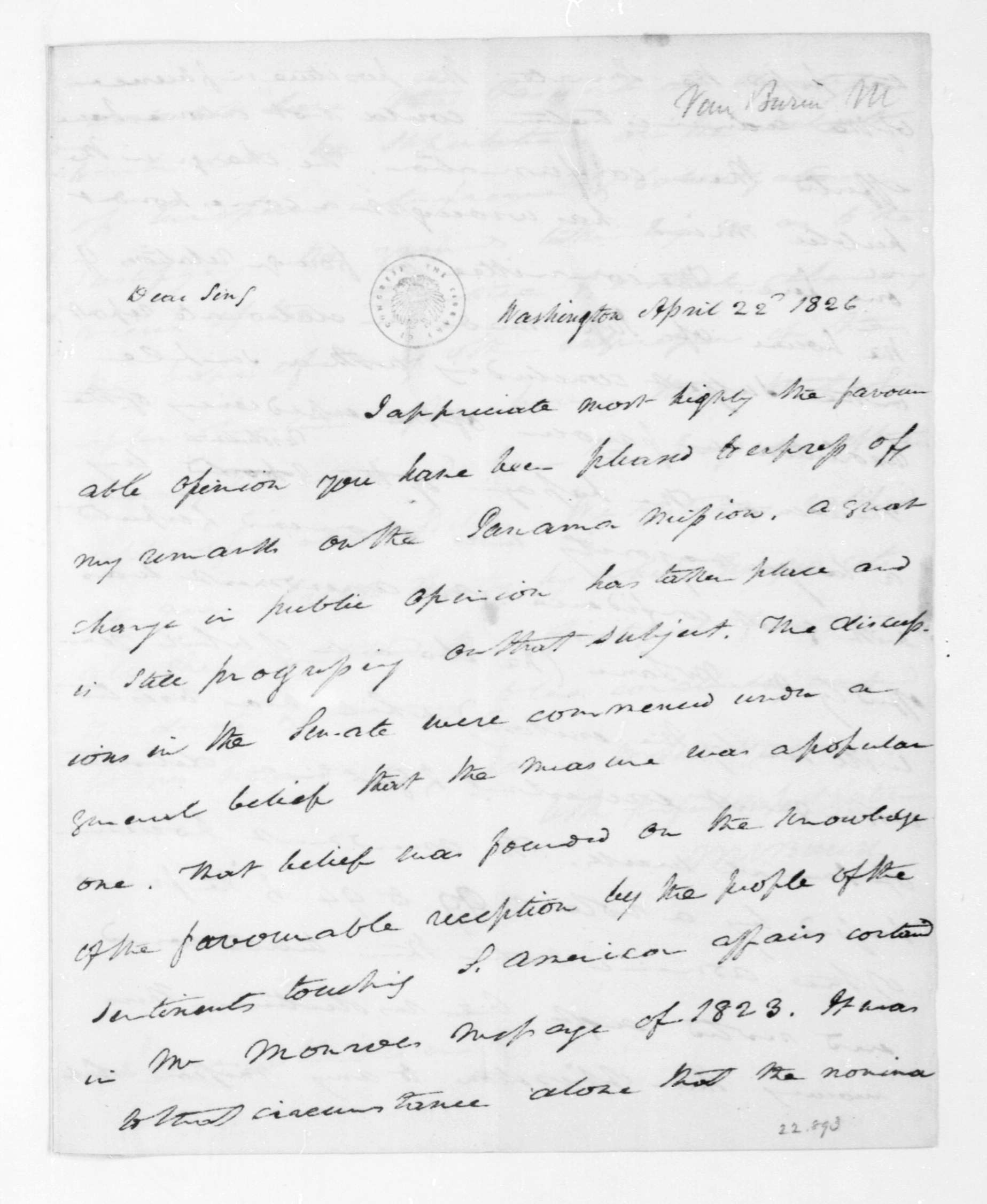 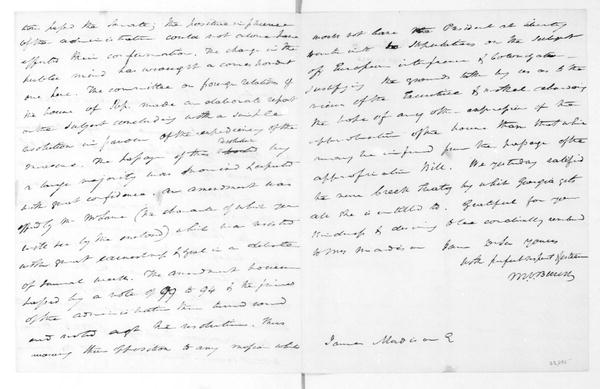 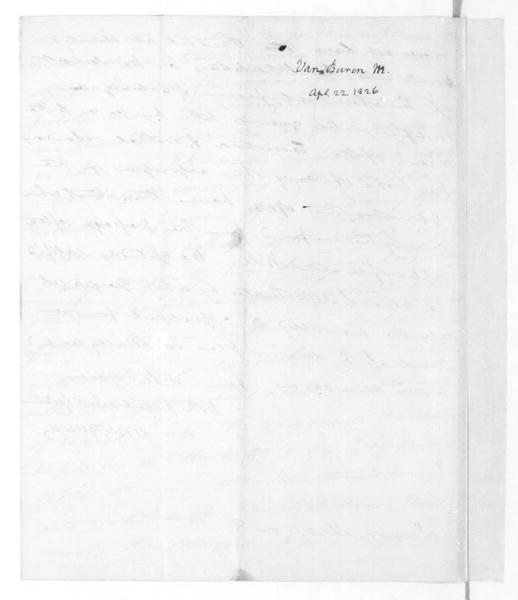