The Tammany Hall Committee have written to their members to have a legislative caucus to nominate candidates for Govr. & Lt. Govr. What can we do? Sanford is the most likely to succeed. He would secure a portion of the Adams men. The conduct of Ewing & other bucktails in regard to our state road will secure to Clinton a majority in the southern tier of counties. If we should succeed with Sanford, altho an Adams man, he would be more civil to us than Clinton. He would ^not^ estimate talents by their federal predilections. I think it will not do to urge the chief justice to resign for the race as he would probably lose the election. I wonder if Sanford would be willing to try a race. Can't you find out?

We are in a d—l of a pickle! A federal prest. & a fedl. Govr. They may be rival candidates at the next election - "fight hawk, fight snake." We cannot run out Clinton but by our ”administration man." What will be the effect of such an attempt, supposing it should be crowned with success? I think, in such an event Sanford would not offer up his daily incense at the foot of the throne.

Some say, hold a convention at Auburn or Utica. What say you?

It would be in vain for us to interfere in the appt. of a P. M. Genl. Let it arise as the Prest. & a majority of the Senate may direct.

Write to me soon & freely upon these subjects 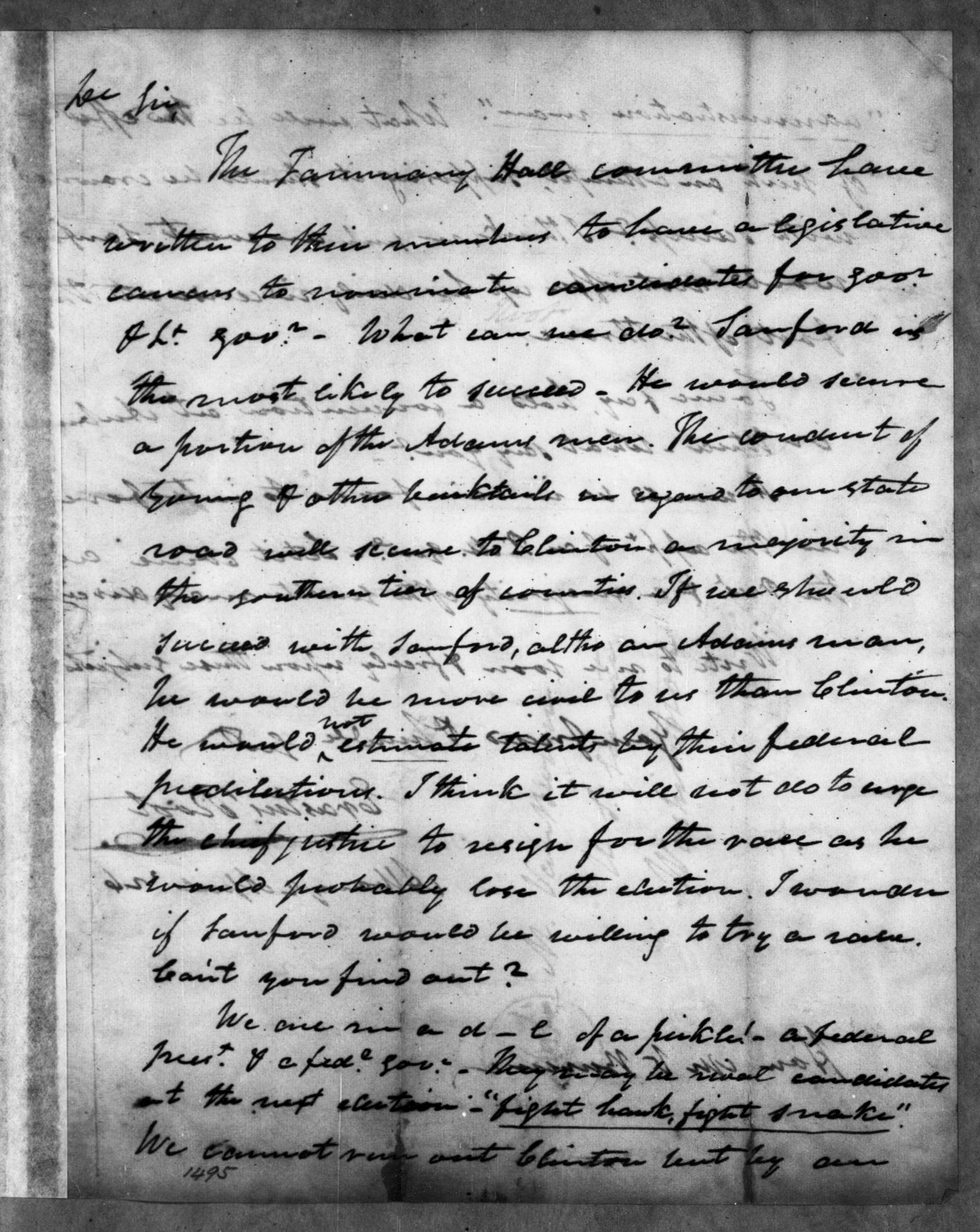 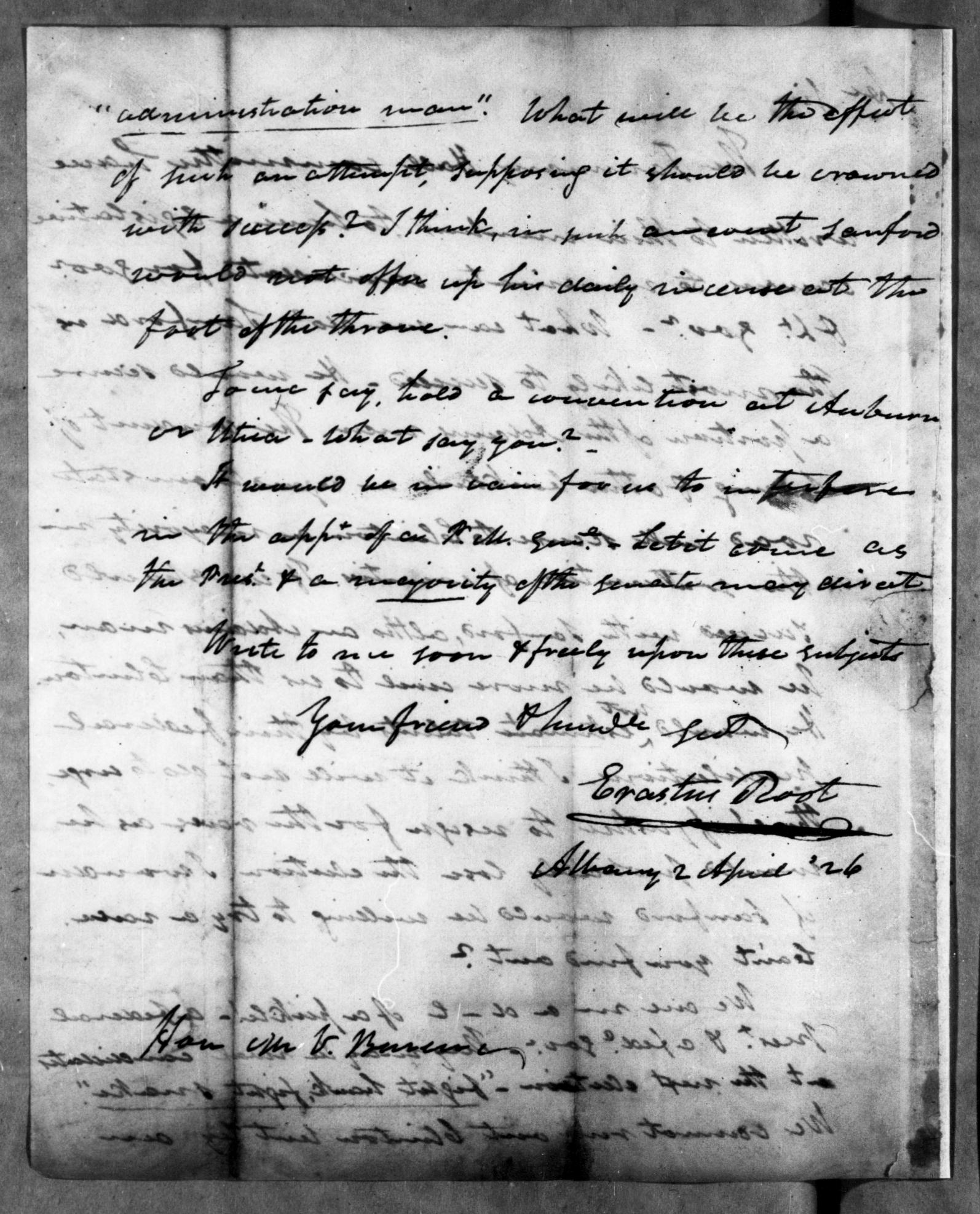