I do not know why I should not (following the example of one of our Ga newspapers in which it is always done) derange the letters of your name & make you neighbor to the great Bean, since you, (misled by such examples) take the liberty to stick an e to the end of my name. I have no e, to my name as I beg ^you^ to understand & remember, if you do not wish me to mangle your patronymic most outrageously as above.

I shall certainly not given my judgement of you by a rule under which I should be condemned as delinquent to many persons for whom my regard has suffered no abatement. But it would be both a want of sincerity & manliness, if I will not say to you, that your neglect in writing was very far from agreeable. My letter to you in the subject of the vice Py written to you while you were in New York deserved a distinct reply & one was expected to it. I think I understand why you did not answer. Your letter of the 15th inst however says nothing about it, perhaps mine was not received.

You deceive yourself I fear on one point. You <inquire> that we shall <forget> Mr (.) <illegible> <illegible> remember <them> hereafter. Should we live long enough to compare notes, recollect my prophecy, if Calhoun goes into the V. Pdy. as the Republican Candidate at the next Election he will be the southern Candidate four years thereafter for the Presidency & will have the support of Virginia & Pennsylvania. There is another opinion of mine which I will address to you The president after the next, if Jackson succeeds, will not be ^have been^ a member of Jackson’s cabinet.

I hope a beneficial change from the General’s success. I am confident our state affairs with the General Govt as far as it regards Indian lands will be arranged satisfactorily to us. Beyond this point my confidence goes not. I adopt Language like your own—we shall see.

Your speech on the Revolutionaries I read with pleasure with every wish that your efforts shall be carried with success but with a perfect conviction that an example as defined by Jefferson & his school they should not.

Let me request to you in making <illegible> my acknowledgments for your politeness in sending it to me, not to enclose any other Washington newspapers. All of them are taken at the <Exe> Dept. which I should be glad to receive, would be documents published by the Senate on subjects of General or state interests—I mean interests of this state.

From Mr Cobb I have had, one or two documents—Mr Haynes of the <H>. the like numbers. From my friend Col White of Florida two, one of them his letter to the Judiciary Comee. on the boundary line of Ga. and Florida. As you know that my relations & amity with the two Senators from this state were not particularly intimate I had hoped you would do for me what I did not expect they would. It is of no great consequence however, I shall officially receive some time next autumn all the docts. published by both houses of Congress together with the Journals & shall peruse them con amore as the interest given to several matters contained therein will be quite fresh & vigorous. 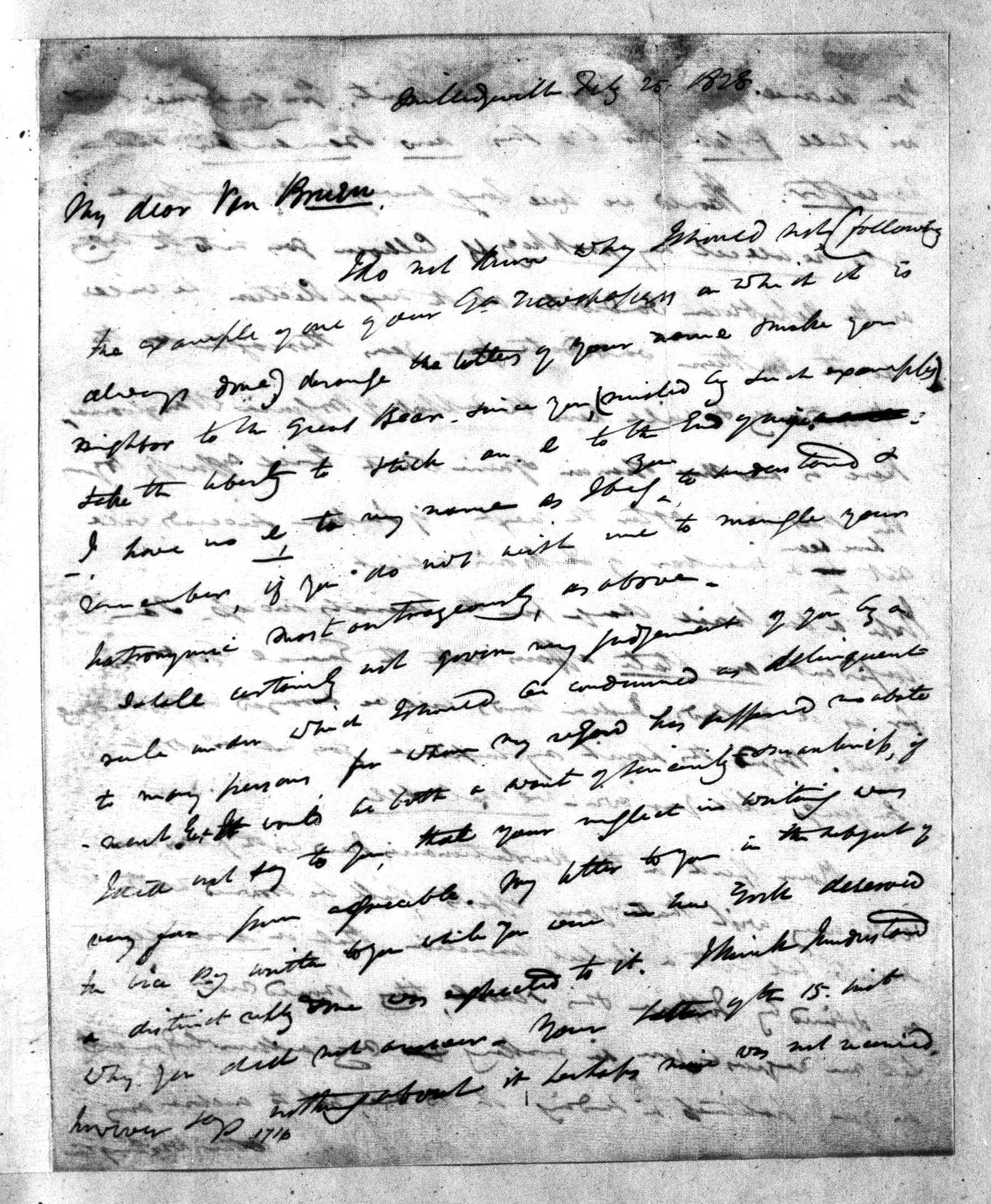 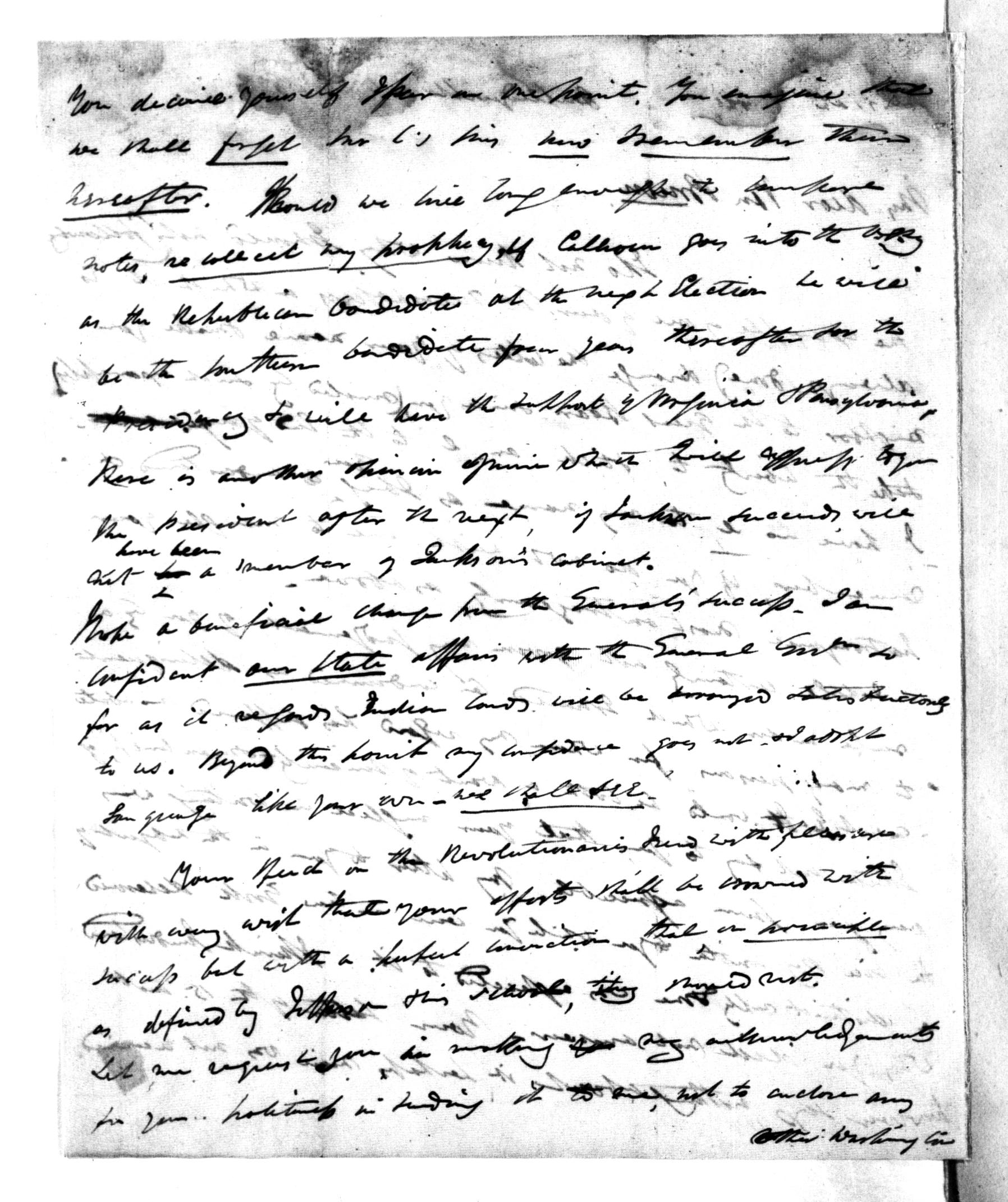 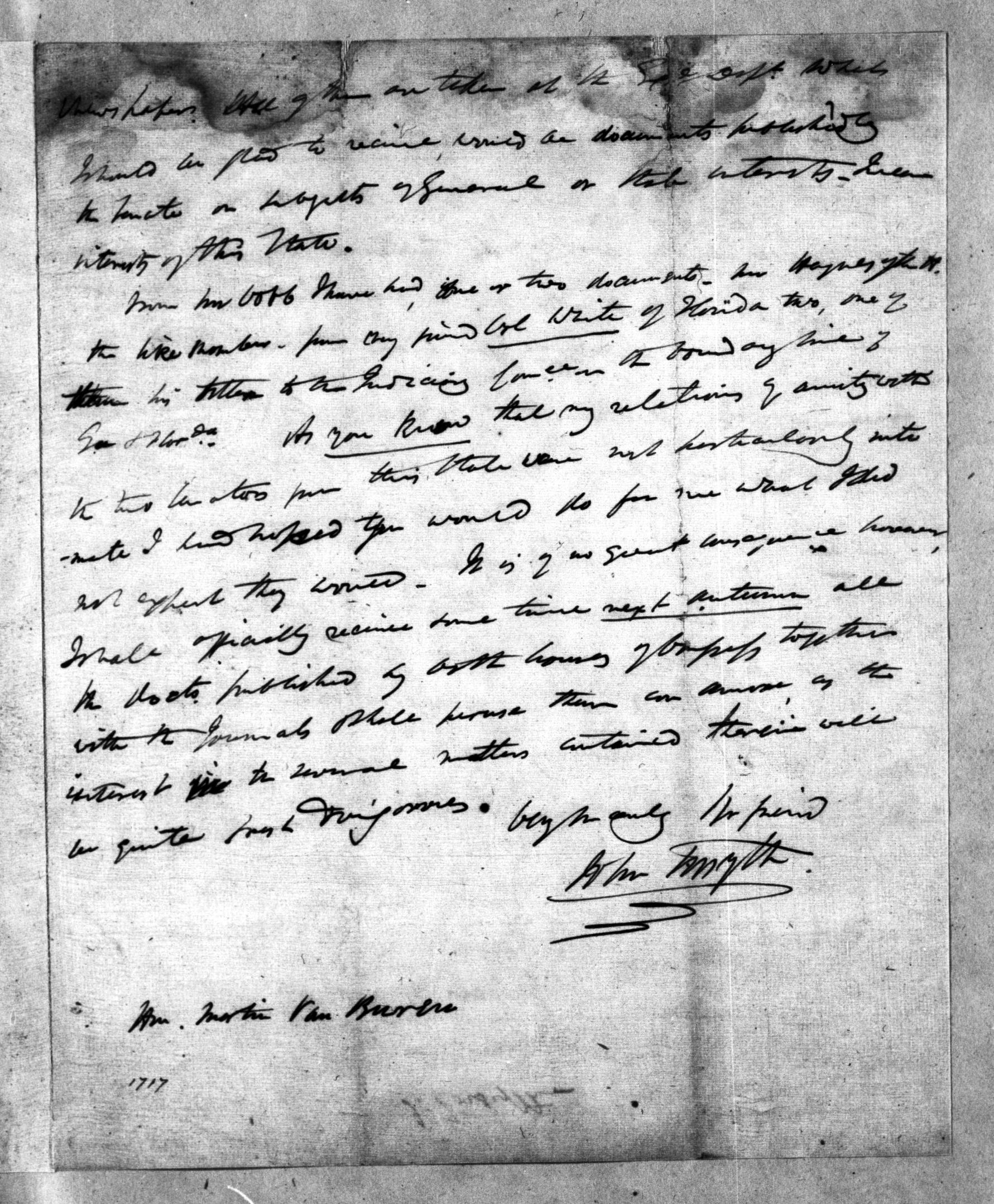 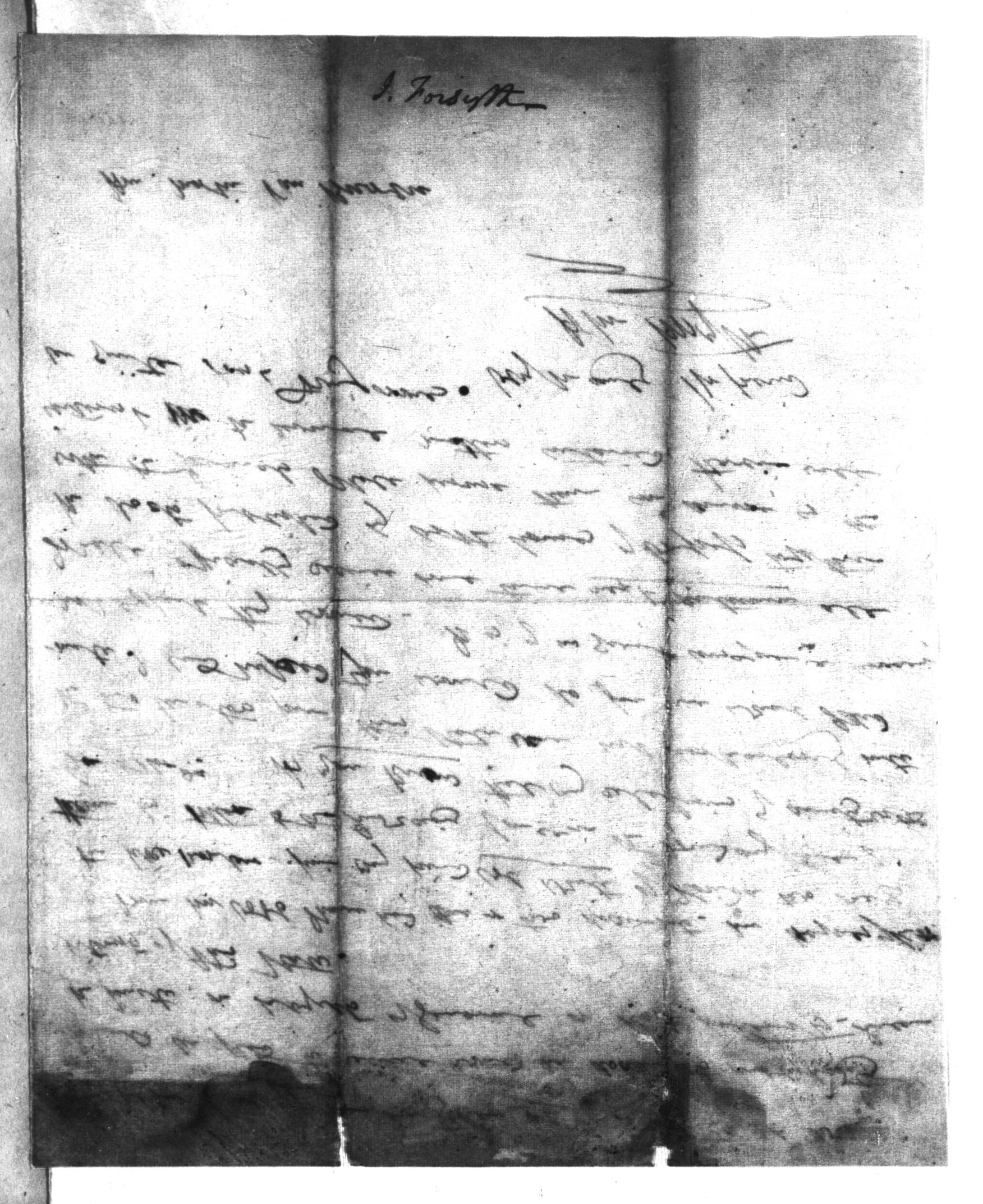